Accessibility links
Should Parents Be Legally Responsible For Children's Serious Crimes? Laws across the U.S. make parents liable for small transgressions, but what about larger ones, like when cyberbullies drive a teen to suicide? One prominent attorney is pushing for a law in Florida.

Should Parents Be Legally Responsible For Children's Serious Crimes?

Should Parents Be Legally Responsible For Children's Serious Crimes? 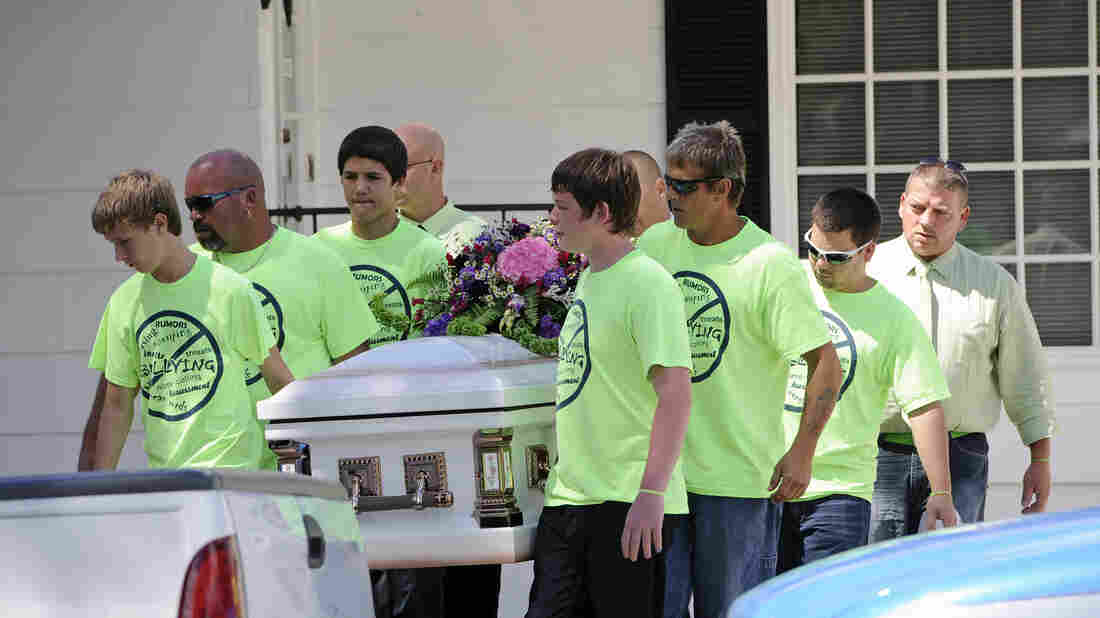 Pallbearers wearing anti-bullying T-shirts carry the casket of Rebecca Sedwick,12, to a waiting hearse in September 2013 as they exit the Whidden-McLean Funeral Home in Bartow, Fla. Brian Blanco/AP hide caption 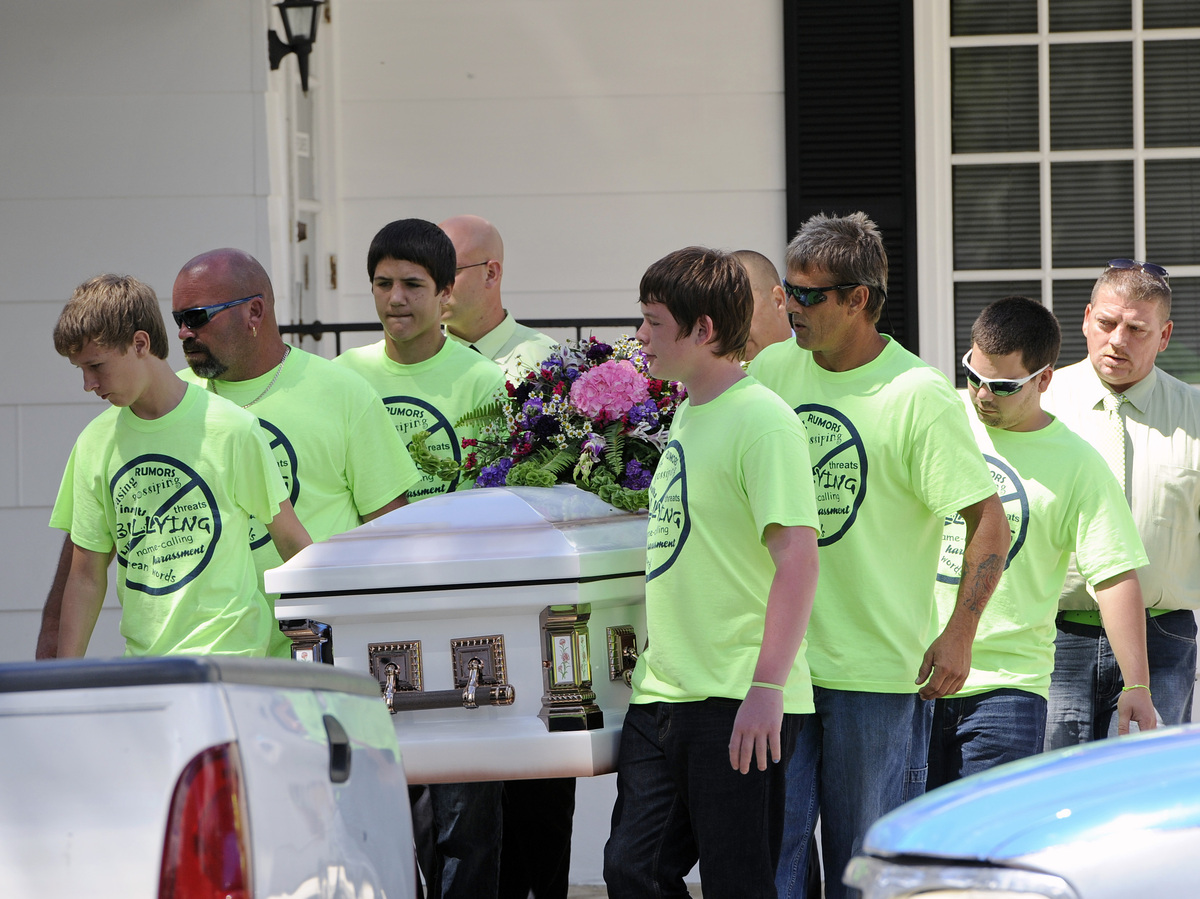 Pallbearers wearing anti-bullying T-shirts carry the casket of Rebecca Sedwick,12, to a waiting hearse in September 2013 as they exit the Whidden-McLean Funeral Home in Bartow, Fla.

After 12-year-old Rebecca Sedwick of Florida jumped to her death from a tower in an abandoned concrete plant in late 2013, the term "cyberbullying" was on the nation's tongue for months. Two classmates were charged with tormenting the girl so viciously on social media and in person that she committed suicide. The charges of aggravated stalking (cyberbullying) were later dropped, and much of the blame landed not on Sedwick's two classmates, but on their parents.

And why not? Mark O'Mara — known for representing George Zimmerman in his trial for killing Trayvon Martin — drafted legislation in the wake of Sedwick's death to hold parents criminally liable for their kids' cyberbullying. Parents who let their children "use social media as a weapon need to wake the hell up," the criminal defense lawyer at O'Mara Law Group said.

O'Mara's proposal wouldn't be the first law of its kind. Most states will hold parents liable for their kids in civil court and criminalize the act of "contributing to the delinquency of a minor," with which parents can be charged. Criminal charges for bad parenting are less common. The city of Davenport, Iowa, has experimented with holding parents responsible for crimes like breaking curfew and possessing marijuana, but the Iowa Supreme Court struck down parts of the ordinance in 2010. One Pennsylvania woman reportedly died in jail this summer, after she'd been imprisoned for not paying fines for the truancy of her kids.

The violent acts of children are a different ballgame, but because of high-profile suicides and school shootings, and decades of research on the relationship between bad parenting and youth delinquency, many experts support stricter punishment of perps' parents.

But others warn that the laws could have unwanted effects. For one, low-income families — particularly single-parent ones — would be targeted disproportionately. Poorer parents tend to work longer hours and have less time to look after their kids.

Also, no research has been done to determine the effectiveness of laws that hold parents criminally liable, says Eve Brank, an associate professor of law and psychology at the University of Nebraska, Lincoln. "It's often just a way for politicians to look hard on juvenile delinquency," she says.

O'Mara doesn't think so. Nor do the victims of crimes like bullying. So the question remains: Should it be a crime to raise a criminal?