Accessibility links
No Fracking In New York? That's OK With Pennsylvania Environmental groups cheered New York's decision to ban the practice, and some in the industry say when it comes to good-paying jobs, New York's loss is Pennsylvania's gain. 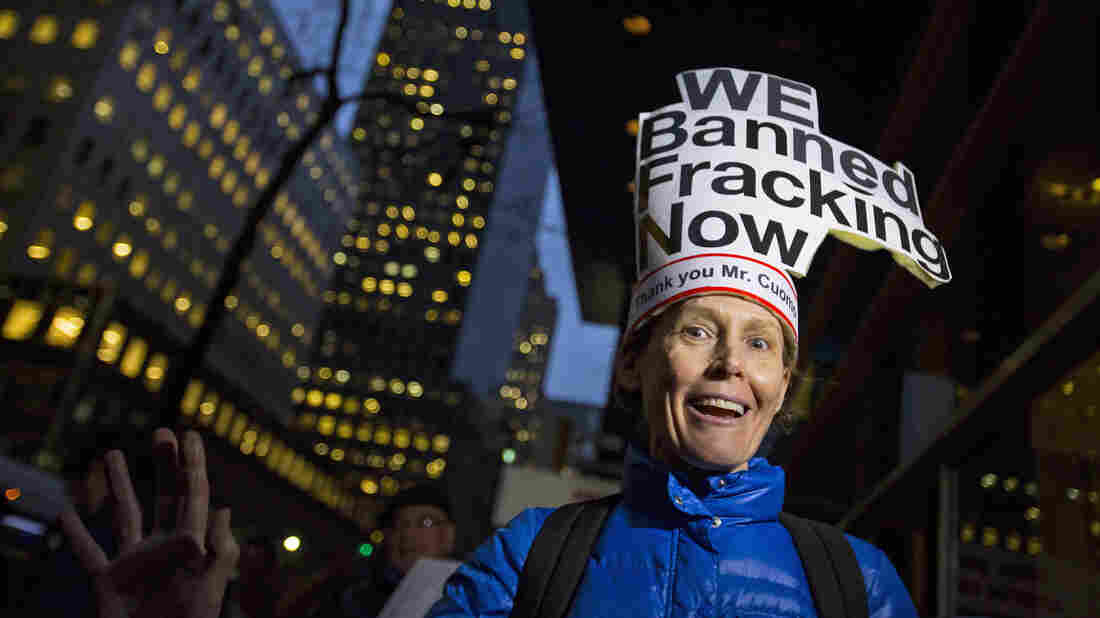 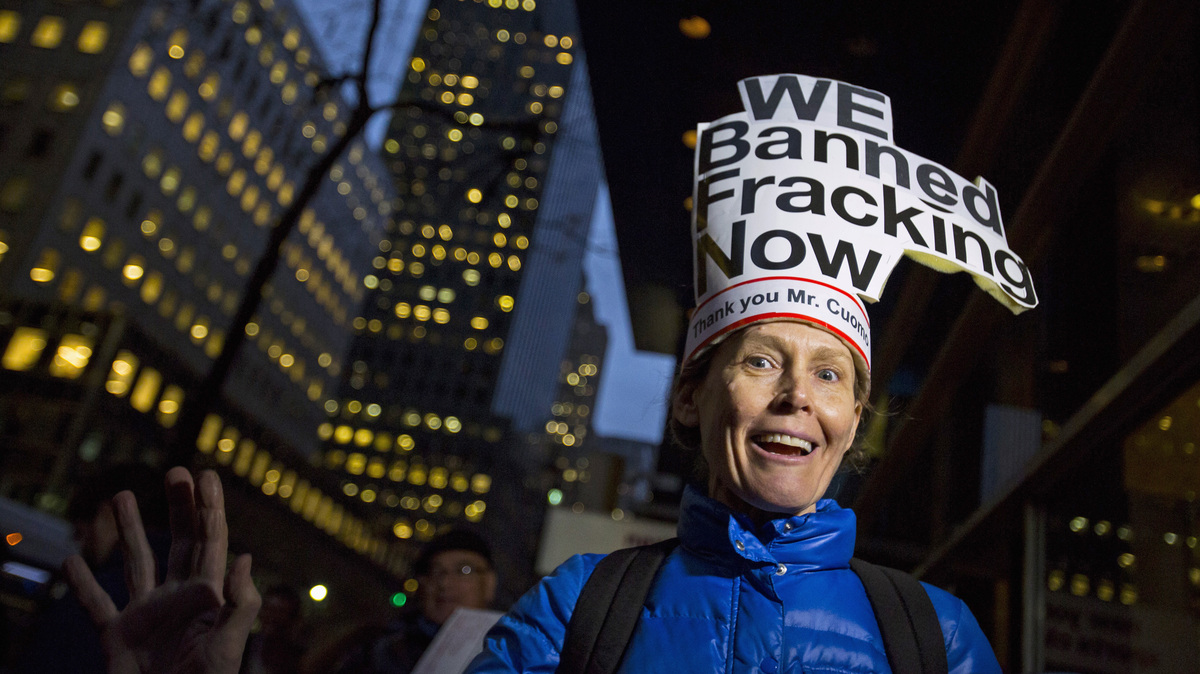 Pennsylvania's fracking boom has led to record-breaking natural gas production, but its neighbor, New York, announced Wednesday it was banning the practice. Industry and environmental groups say New York's decision could be good for Pennsylvania.

"There are many red flags because scientific issues have not yet been comprehensively studied through rigorous scientific research at this time," says Howard Zucker, New York's acting health commissioner.

George Stark, a spokesman for Houston-based Cabot Oil and Gas, says New Yorkers who fear the process just don't understand it. The company operates many of the most productive wells in Pennsylvania.

"Our industry — this entire episode — is saving many farms. So the farmers that I've been in contact with endorse and embrace hydraulic fracturing," Stark says.

Pennsylvania is now dotted with more than 7,000 active wells. 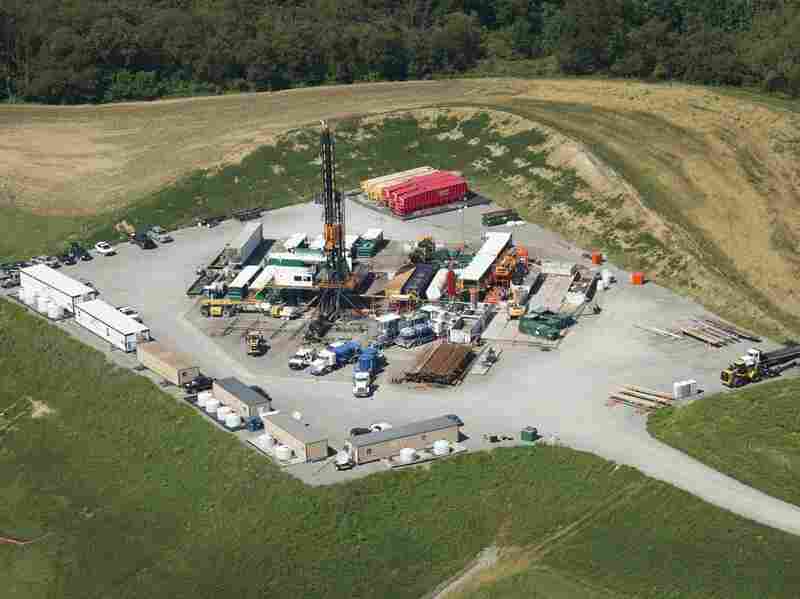 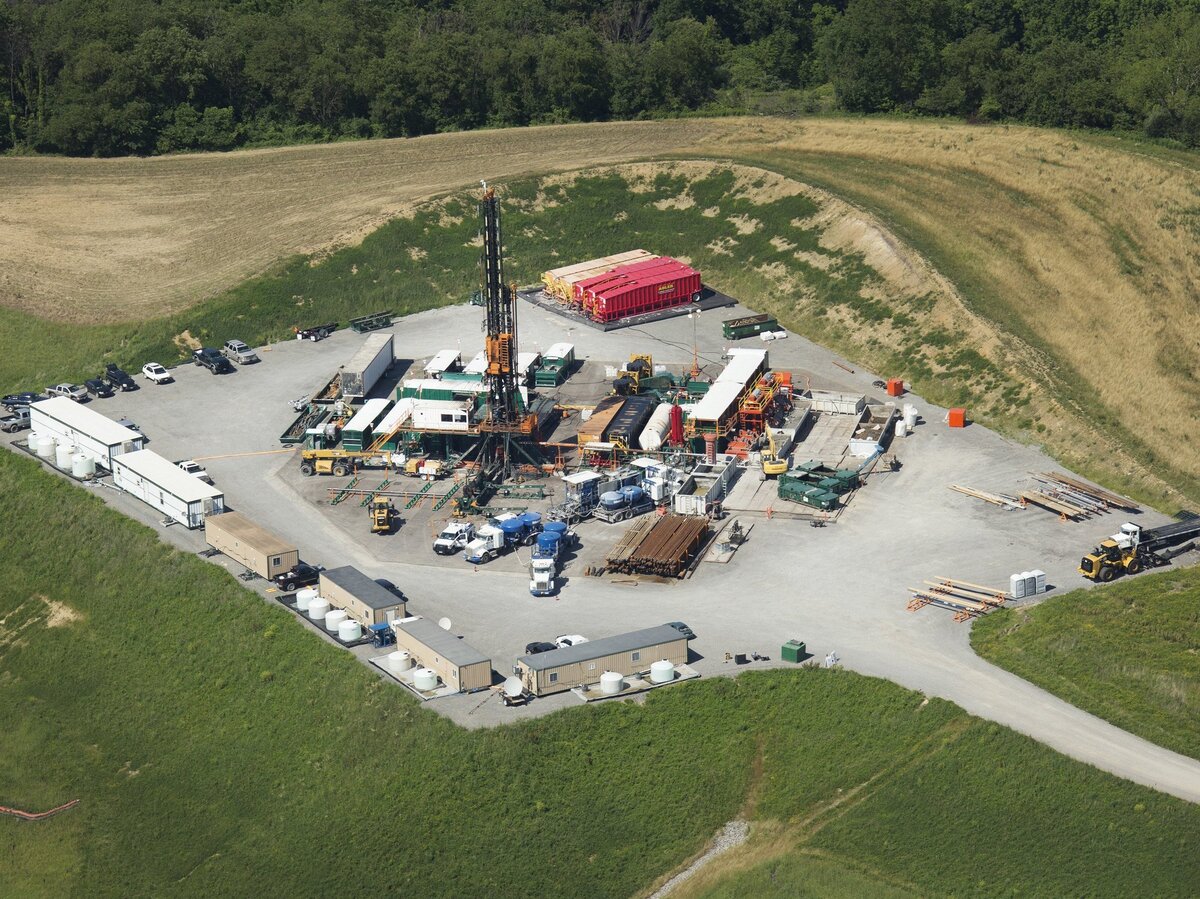 A drilling rig in Butler County, Pa., in 2013. Pennsylvania is now dotted with more than 7,000 active wells.

Christopher Robart, an analyst with IHS Energy, says New York's ban will have little to no impact on drillers already at work in nearby states.

"They can do things much more economically and efficiently in those parts where there already is money and already are investments in the ground than in New York, for instance, where they'd have to start from scratch," he says.

Industry groups say they've felt like New York has had an "unwelcome" mat out for years.

"I mean, I would say to New Yorkers, 'Come to Pennsylvania and take advantage of these jobs that are available with this well-paying industry,' " she says.

"It's a great day for the people in the shale fields whose experience has been repeatedly denied by the industry," says Joanne Kilgour, who heads Sierra Club's Pennsylvania chapter.

Those experiences include things like tainted water supplies, unhealthy air emissions and the industrialization of rural landscapes.

Despite New York's decision, both sides of the drilling debate are worried about what's next for Pennsylvania. The state's newly elected Democratic governor, Tom Wolf, made his central campaign pledge about levying a new tax on the gas industry.

But Kilgour and other environmentalists worry that could make the state even more reliant on fracking.

"What we want to make sure that we don't do is continue to rely on these boom-bust, single-source economies that are inherent to the extraction of fossil fuels," Kilgour says.

The industry has lobbied heavily against the tax, calling it a job killer.

Wolf opposes a ban on fracking but wants to strengthen regulations. And he plans to create a new registry for public health complaints. "I think this could be a really great thing for Pennsylvania's economy. It could create great jobs," Wolf says. "So I want to have my cake and eat it, too. I don't want to do what New York did."

When he takes office next month, Wolf will face a $2 billion budget shortfall. He's counting on Pennsylvania's gas to help solve the state's fiscal woes.