Accessibility links
Book Review: 'The Havana Habit,' By Gustavo Pérez Firmat | This week, President Obama announced that he will begin to normalize relations with Cuba. Cuban-American writer Richard Blanco recommends a book about Cuba's imprint on the American imagination. 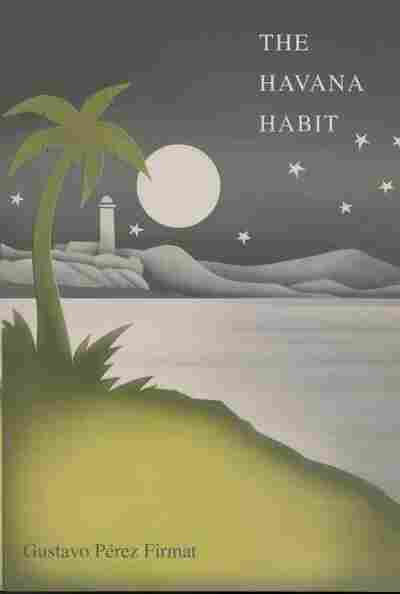 Cuba is dominating the news, following President Obama's announcement that he will begin to normalize relations with the island nation.

For our series This Week's Must-Read, poet and Cuban-American writer Richard Blanco turns to literature for another perspective on this story.

People often tell me how fascinated they are with Cuba. I'm really dying to go there before it changes, they'll say. Or else they've already been and they can't wait to tell me what a good time they had.

I used to smile politely, and brace myself for tropical-flavored cliches.

And then I read The Havana Habit by Gustavo Perez Firmat. And I learned that there's more to it than just subscribing to cliches — a lot more.

But that imprint doesn't have much to do with Cuba itself. Instead the book explores the role that this island — "so near and yet so foreign" — has played in America's psychic life. He writes that Cuba represents "the realm of the senses. ... It's the place where American young men and women discover rum, rumba, and romance ... a pleasure island, an Eden for the sensually deprived." For Americans, he says, Cuba has been a "mirror and mirage: a magnified reflection of domestic anxieties as well as a beckoning oasis of otherness."

After a decades-long embargo, Americans may once again travel to Cuba. If you are one of those dying to go or eager to return, The Havana Habit explains why. It makes for a travel guide like no other, uncovering the mystique of Cuba — past, present (and future?).

Richard Blanco served as the inaugural poet of the United States in 2013. His latest book is The Prince of los Cocuyos: A Miami Childhood.

Read an excerpt of The Havana Habit