Accessibility links
Troubled By Grand Jury Verdicts, Students Request More Time For Exams Students at several law schools say events in Ferguson and New York have left them too upset to study. Others are more concerned about how the extra study time will affect the grading curve. 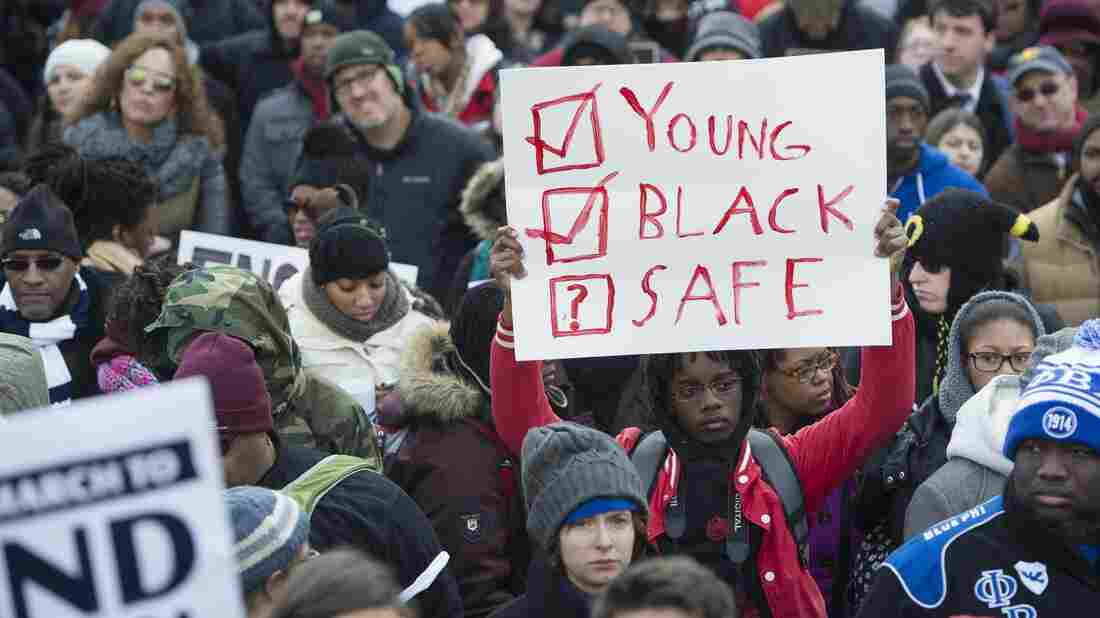 Thousands gathered on the National Mall last week to protest the deaths of Eric Garner and Michael Brown. Some law students say their involvement in the protests means their exams should be postponed. Saul Loeb/AFP/Getty Images hide caption 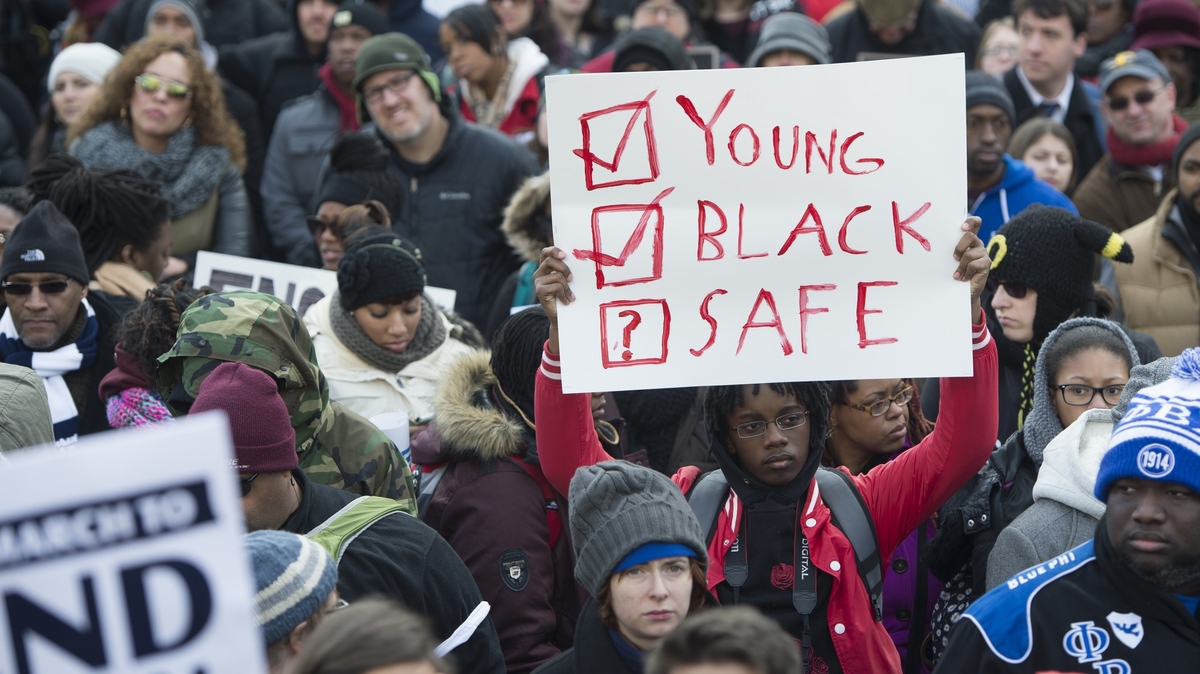 Thousands gathered on the National Mall last week to protest the deaths of Eric Garner and Michael Brown. Some law students say their involvement in the protests means their exams should be postponed.

"The dog ate my homework?" Try, "I was protesting a grand jury decision," instead.

Students at some top law schools want exam extensions for what they are calling the trauma of the Michael Brown and Eric Garner grand jury decisions. But other law students are wondering what message that sends to future employers.

"I simultaneously feel guilty about the fact that I'm not studying, when I feel like I have no choice but to be out there protesting for my humanity to be recognized," says Aurra Fellows, a member of the Columbia Law School Coalition, a student group at Columbia University.

The coalition sent a letter to Columbia administrators this month, asking that students be allowed to delay their exams. Students at Harvard, Yale and Georgetown law schools did the same at their institutions.

Columbia agreed to let any students who felt traumatized by the events to postpone their finals.

"I know several people [for whom] that was very, very helpful to them, just the one or two days to breathe and give themselves the time that they needed," Fellows says.

"The wrong message here is that you can't function when bad things happen."

For her part, Fellows did not postpone any of her tests. And all the students who did delay their exams still took them during the official exam period, which ended Friday.

But at a competitive school like Columbia, some students say that provides those who postponed an unfair edge.

"Some students are simply postponing exams because they want more time to study," says Isaac Lara, a first-year at Columbia Law School. "And because we are all graded on a curve, it's particularly threatening to other students."

Dante Gabourel, a junior at Emory University in Atlanta, spent last Saturday far from his fellow students who were studying in the library. He was in Washington, D.C., to take part in the Justice for All march organized by Al Sharpton and his National Action Network.

"I'm here because all of this is an issue that has affected me very deeply and very personally," Sharpton told the crowd on Saturday. "Racism is something that you've had to deal with your whole life growing up."

A week later, Gabourel says he's still struggling with the news out of Ferguson and Staten Island.

"With everything racing through my mind about everything that had been going on in the country recently, I didn't think about eating," he says. "And there were times that I couldn't sleep."

But administrators at Harvard, Yale and Georgetown agreed to consider requests on an individual basis. Elie Mystal, a Harvard-educated lawyer and editor of the legal blog Above the Law, thinks that was the right decision.

"The wrong message here is that you can't function when bad things happen," says Mystal. "If you're going to be black in America, that can't be the standard."

Columbia student Isaac Lara, who is Latino, agrees. "We're making it seem to employers that us as students of color can't deal with really disappointing news," he says.

But the Columbia Law School Coalition says their request was in response to something much bigger than just "disappointing news." And their movement, they say, is about more than postponing exams. The group says it wants broader acknowledgement of the challenges faced by students of color, something they say they don't see enough of on campus.

"[People say], 'Yes, the world sucks, there is racism and you shouldn't be around here asking for anything — that's just something you have to deal with,' " Fellow says. "And to that, we say no."

And, he adds, these are places that will understand — or even be excited by — students who sacrificed their grades to be part of a protest.