Accessibility links
The Best Unheralded R&B Of 2014 If we're being honest, there was no consensus in R&B this year. Too many things happened, and we missed some ground-hugging gems, even a couple made by legends. These are ten of those. 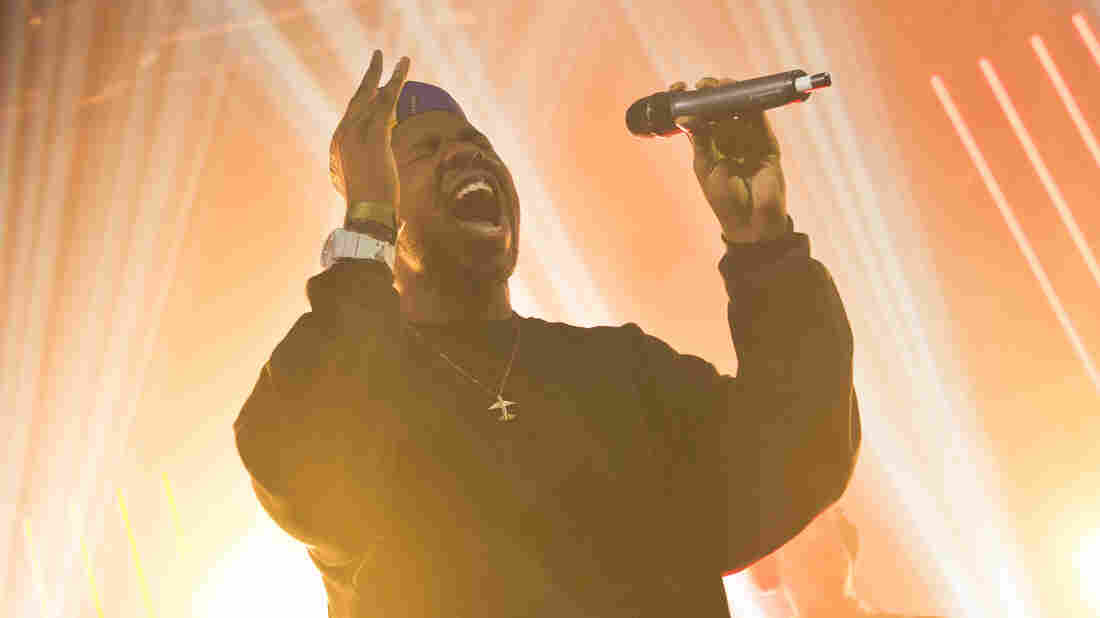 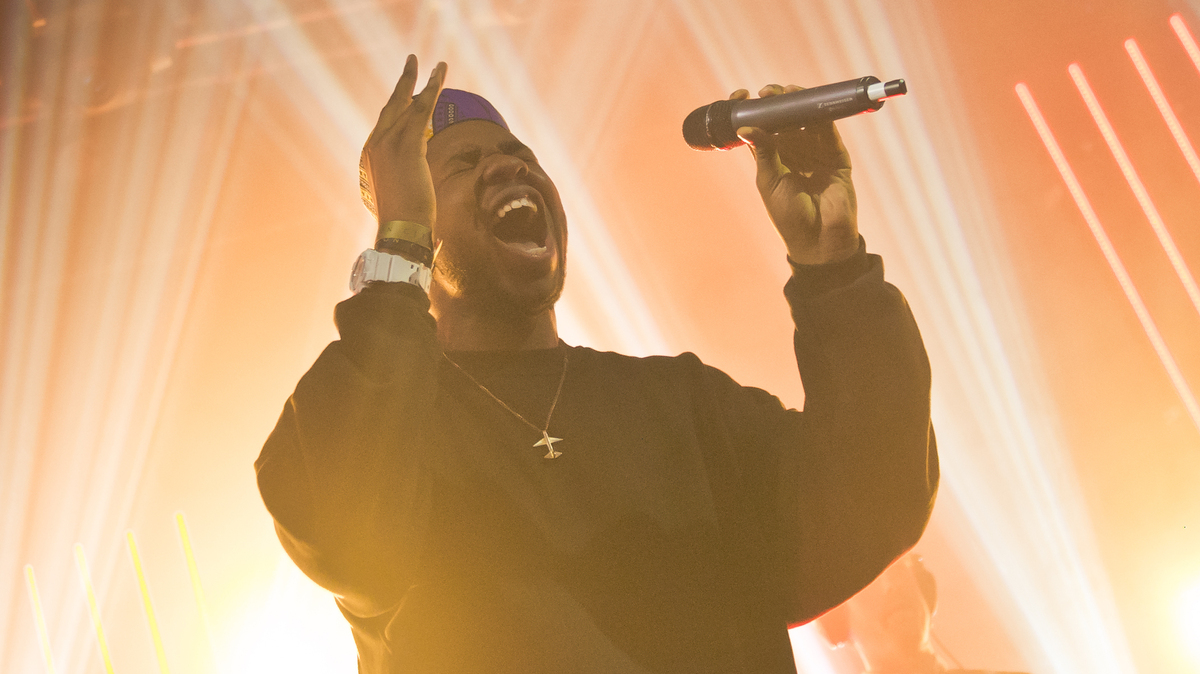 MNEK performing with Gorgon City in London this April.

If we're being honest, there was no consensus in R&B this year. Not until Black Messiah stepped up to the plate in the 9th inning, i.e. last weekend. Nothing we were all listening to. No one weekend when everybody you know woke up with a smile on their face. "Loyal" was inescapable but the people remain conflicted on those sentiments and X never got a foothold in our hearts. Usher dropped heat, but almost stealthily, and not that album. There was R&B on the dancefloors, but it came through DJ Mustard's blender, sped up and brassy. Veterans Beyonce and Pharrell rode the 2013 spillover momentum. Neophytes Jhene Aiko and SZA made noise for those yearning for the alternative sound while Sam Smith and BJ the Chicago Kid belted out emotional love songs that played to different crews in different places.

So things happened, a wide variety of things, maybe too many things, and we missed some ground-hugging gems, even a couple made by legends. These are ten of those.

Dornik, "On My Mind"

Here in the U.S., we continue our desperate quest for that fresh and innovative sound. We squeeze everything we can out of a trend and leave it out to dry. British musicians have been taking what was great in the past and resurrectng it with unfamiliar interpretations. This is best heard in what they do with the '80s and '90s styles. Dornik put out his first song, "Something About You," at the beginning of 2013. As luck would have it, this year he's still deep in his '80s bag. On his third song, "On My Mind," the MJ influence stands out along with bits of D-Train, Mtume and other soul staples. What sets Dornik apart are the intricate chord and vocal arrangements merged with his influences.

This year the pride of Howard University, Eric Roberson, released his 8th LP, The Box, where he continued to expand his brand of contemporary, grown man R&B. On "Just Imagine," Roberson relinquishes writing and production power to NPR&B's favorite trio, KING. This is barbershop quartet at its finest. Soothing finger snaps and harmonies glide across Paris's delicate melody.

Inglewood, Calif.'s Sir dropped an EP called Seven Sundays, consisting of nine exceptionally cohesive songs, this fall. It isn't a mixtape that was just thrown out, it's a project that was attentively assembled. On "Can We Still," Iman Omari's unorthodox production meshes perfectly with Sir's flow and raw vocal. His delivery teeters back and forth between hip-hop and soul but once he opens up, you realize the kid has pipes. Topping things off with Tre Pugh's keys creates one of the top slow jams of 2014.

Grammy Award-winning producer Dawaun Parker struck gold with singer/multi-instrumentalist, Phil Beaudreau. Together they leaked a few teasers throughout 2013 and at the top of 2014 unveiled Phil's debut album, Ether. Parker's often complex, bottom-heavy soundscapes make for a beautiful marriage with Phil's tone, but when scaled back on "Anyway" something emphatically magical happens. Over a simple kick and playful synths, Beaudreau sings about life lessons learned the hard way with no regrets. It remains to be seen if this dynamic duo will make a run on the charts or achieve phenomenon status, but judging by these recent releases, their burgeoning fan base can expect more great music in 2015.

Faith Evans, "Ever Go Away"

When seasoned vet Faith Evans made her debut on Bad Boy Records 20 years ago, she came in with all of the intangible qualities that would be considered "marketable" today. She didn't even need them, because she could outsing virtually everyone in her class. In 2014 it's still true, with the addition of two decades of wisdom. Her 6th studio album, Incomparable, is her best since 2005's The First Lady. "Ever Go Away" reunites Evans with the producer responsible for crafting her signature sound, Chucky Thompson. On paper, it's a simple profession of love. Vocally, it's a triple backflip through near impossible arrangements. Clocking in at a mere two minutes, it's everything good in R&B. Her late fourth quarter release was criminally slept on.

Before you say it, we know. It's a house record. It's a house record featuring Omar, fierce tribal percussion and an irresistible groove. Therefore, we deem it worthy of this list. House-inflected R&B, at least in the U.S., lives comfortably at the grassroots level so, it should come as no surprise that this didn't pop off. But whether you were born with two left feet or came equipped with a keen sense of rhythm, "Simpatico" will move you.

MNEK, "In Your Clouds"

The name MNEK holds serious weight in the U.K. Having received writing credit on five Top 10 singles before the age of 20, the singer/songwriter/producer is gearing up to invade the States. He's taken the rapper approach of introducing himself by rolling out a rash of remixes and collaborations. The iTunes special release "In Your Clouds" gets the head nodding right away. By the time that build of a hook kicks in, one may uncontrollably break into a body roll. While MNEK's a triple threat, it's his voice that locks you in. After the bridge, it completely cuts through the track. Keep an eye on what this young tunesmith brings next year.

There's not much to say about Mariah Carey's body of work that hasn't already been said. But her latest studio album, Me. I Am Mariah... The Elusive Chanteuse, didn't get the traction you'd expect from one of the most successful singer-songwriters of our time, which is a shame because the album was littered with brilliant moments. One of them is the summer number "Dedication" featuring Mr. Illmatic. HS87's breezy 808s and a Wu-Tang vocal sample make for an excellent backdrop as Carey and Nas reminisce on the golden age of love and hip-hop. "Dedicated" is the nostalgia that urban radio so oftentimes evades, which might be why it flew under the radar.

Teedra Moses, "All I Ever Wanted"

In hip-hop, repurposing certain classics is considered an act of sacrilege. Camp Lo's "Luchini" which samples Dynasty's "Adventures in the Land of Music" is indisputably one of those songs. This summer Teedra Moses courageously attacked, and, in her words, "took what you gave and I flipped that," taking aim at some poor soul who mistook her affection for avarice. The production pays respect to the original, only adding a filter here and there with a pinch of extra percussion. She rides the beat the way her cult following and DJs alike have grown to love.

The sounds of Abhi//Dijon are unfettered by proper training — which is a good thing. The young Maryland duo's self-titled, self-produced and self-released EP is all of four tracks and 13 minutes long, but it's more than enough to make an impression. Dipping into "Distant Love" feels like the audio-equivalent of seeing life through rose-colored glasses. The lyrics point one way, toward the not-so-distant finish line of an unavoidable breakup, while the undulating groove goes in another, making it feel like somehow, everything's gonna work out. (Pay attention around the 3-minute mark. A lovelier beat switch would be hard to come by.)