Accessibility links
Desperate To Speak: How Emily Blunt Found Her Voice The actress stars in the new film Into the Woods, in theaters Thursday. On screen she's a natural. But as a kid, she had a stutter so severe she could hardly say her own name. 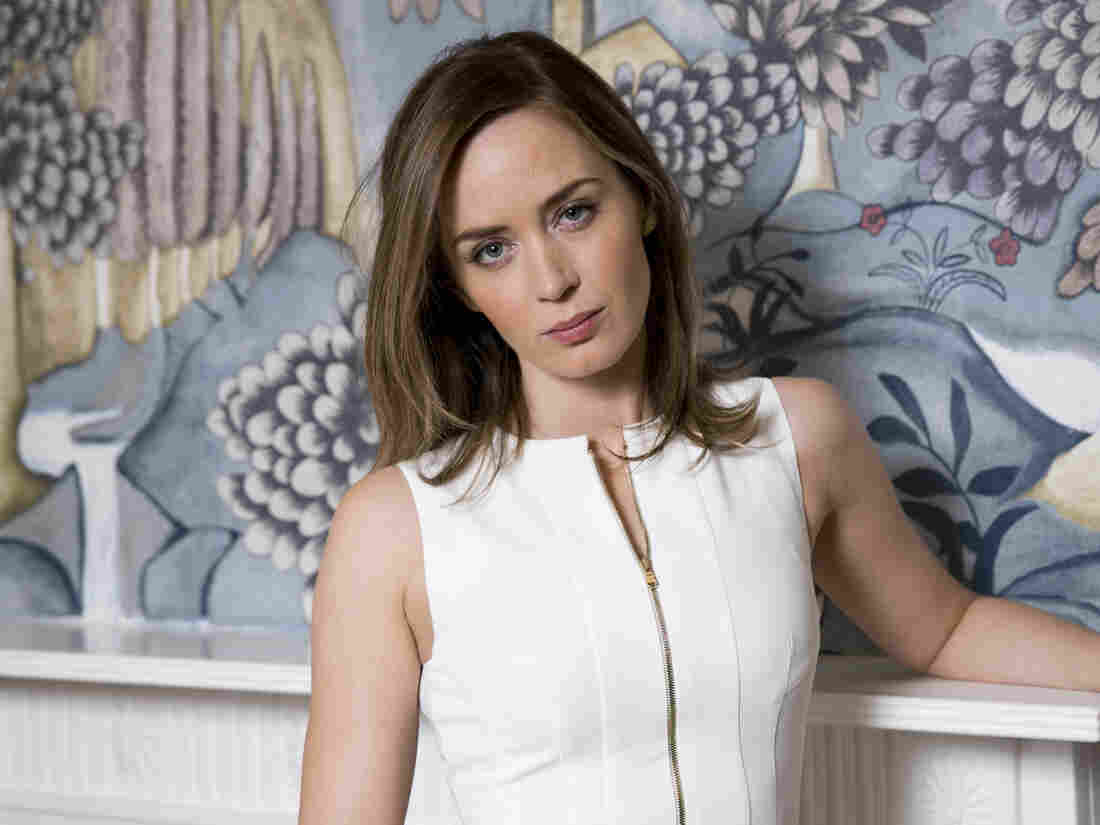 As a child, Emily Blunt had a stutter that was so bad, she could hardly say her own name. "The misdiagnosis [was] that I was a tense child," Blunt says. "And I wasn't. I was desperate to speak." John Phillips/AP hide caption 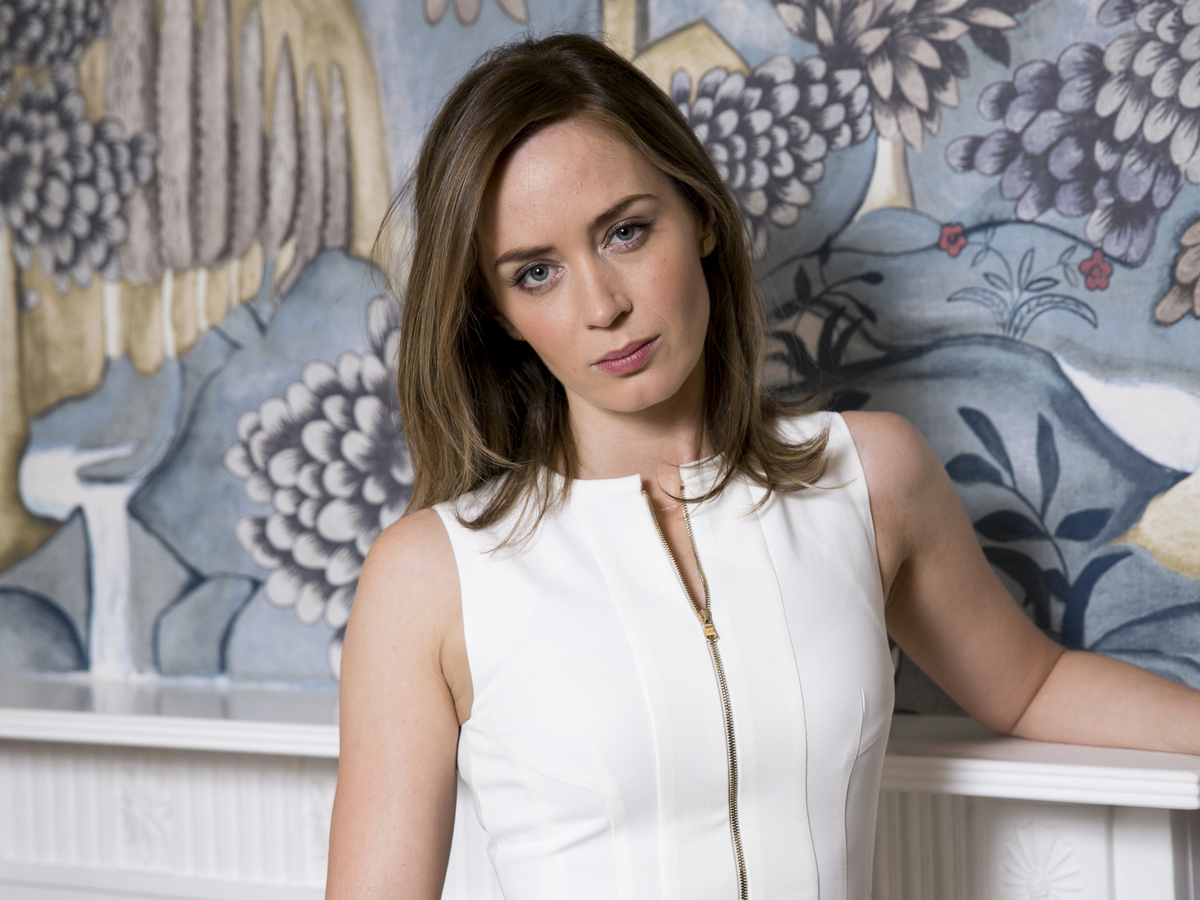 As a child, Emily Blunt had a stutter that was so bad, she could hardly say her own name. "The misdiagnosis [was] that I was a tense child," Blunt says. "And I wasn't. I was desperate to speak."

You may know British actress Emily Blunt from The Devil Wears Prada, where she played the senior assistant to Meryl Streep's fashion editor, or The Edge of Tomorrow, where she coaches Tom Cruise in combat skills as he relives a battle over and over again.

And if you don't know her yet, you'll probably recognize her soon: She stars in the new Disney film Into the Woods, in theaters Christmas Day.

On screen, Blunt is a natural. So you'd never guess that, as a kid, she could hardly say her own name — she grew up with a severe stutter.

"It sort of started to dominate my speech by the time I was about 7 or 8," Blunt says, "and then I think, honestly, got to its most prominent point when I was about 12 or 13."

She says she was so mortified to talk with people that she hardly talked at all.

"Kids can be so merciless, can't they? Most of them speak so fluently and they can't possibly understand why you can't," she says.

The stutter was all she could think about, she says, and she felt trapped.

"I struggled with vowels, so 'Emily' was like the depths of hell for me."

"A stutter can be like a straitjacket," she says. "I struggled with vowels, so 'Emily' was like the depths of hell for me."

Blunt says she didn't know why she had trouble communicating. She thought that maybe there was something wrong with her.

"The misdiagnosis [was] that I was a tense child, and I wasn't," she says. "I was desperate to speak. I wanted everything, I didn't want to miss anything, and I felt like I was missing out. So what I was, more than anything, was just immensely frustrated."

She says her parents tried everything, from relaxation therapy to listening to audio recordings of dolphins or the soothing voice of a woman on a cassette tape.

"Oh, God, I'm going to laugh because I remember her voice so well!" she says.

Blunt does an impression: " 'You're on a beautiful beach with white, white sand.' "

"It didn't work for me, it just annoyed me," she says. "I was like, 'I'm not tense!' I then felt more tense. It just sucked, I guess, is the simplest way of saying it." 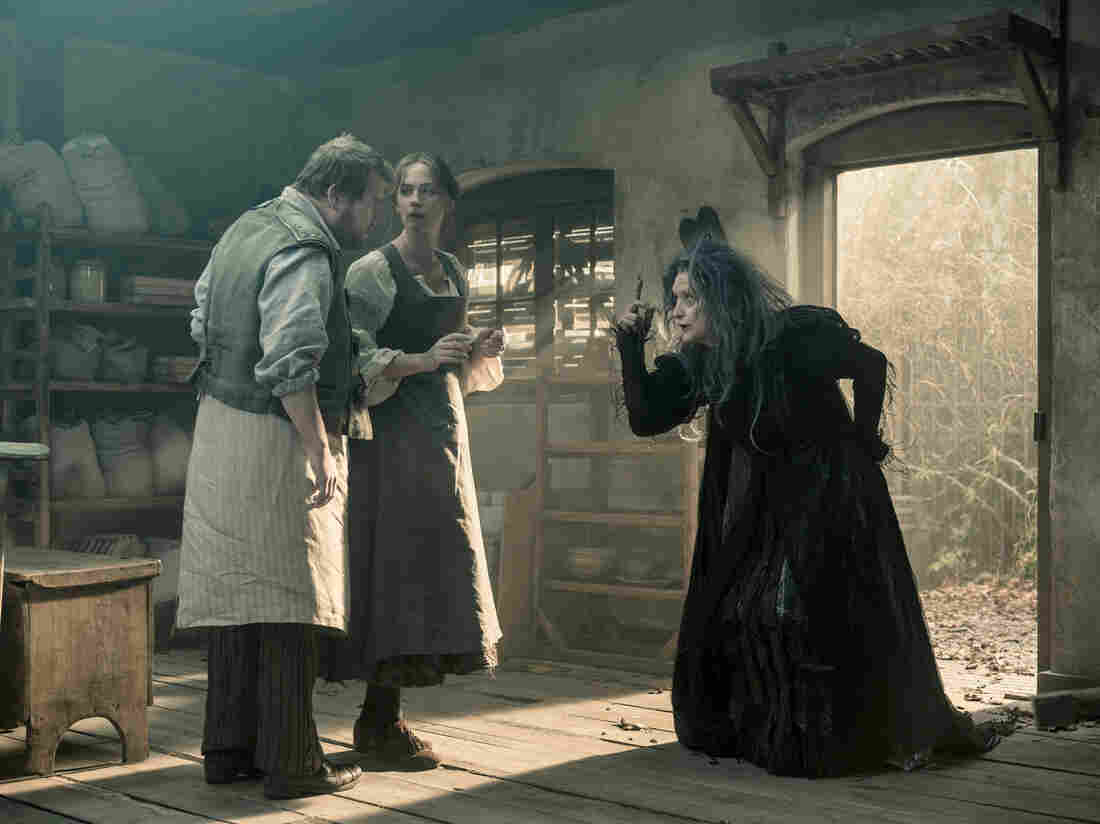 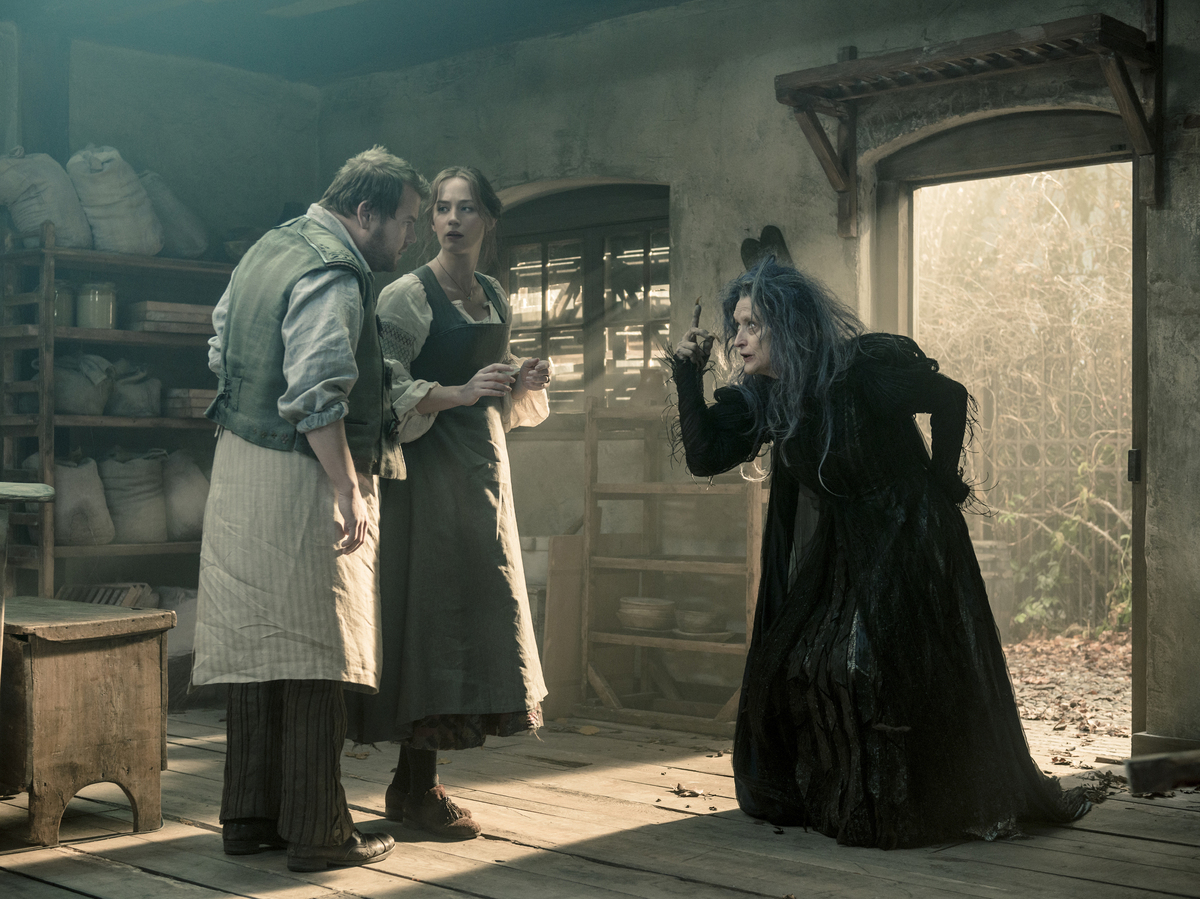 Emily Blunt stars alongside Meryl Streep and James Corden in Rob Marshall's new adaptation of Into the Woods.

She credits her big break to one of her grade-school teachers. He suggested the unthinkable: Try out for the school play.

He told her that he noticed whenever she did voices and impressions with her friends, she would never stutter. He suggested Blunt try acting in the play using a made-up accent.

"[It was] just extraordinary that somebody who is not a stutterer would have the kind of insight to say: Be somebody else. Remove yourself from yourself and try it," she says.

The school play was about time travel and going back to a medieval village. Blunt played the contemporary modern kid.

James Earl Jones: From Stutterer To Janitor To Broadway Star

"And I spoke fluently for the first time in a long time, doing a stupid Northern accent that helped me," Blunt says. "To get through a whole play and not trip up once — I think it was probably more emotional for my mom, who watched. I think that was huge."

Blunt says that so much of overcoming the mental mountain of a stutter is gaining the confidence to speak.

"You learn tricks," she says. "You just learn all kinds of tricks, and you can get over it."

She says that in a funny way, acting found her. If it wasn't for her childhood stutter, Blunt says, she likely would've never pursued acting.

"I think I get a little bit overwhelmed if I think about the odds of this not working out," she says. "I'm someone who never thought I would end up in a career where I had to speak fluently. And here I am."