Accessibility links
Ready To Hit The Cuban Beach? Americans Still Have To Wait Travel to Cuba for business or education will be much easier as the U.S. eases restrictions, but until the embargo is completely lifted, going to Cuba simply for tourism still won't be allowed. 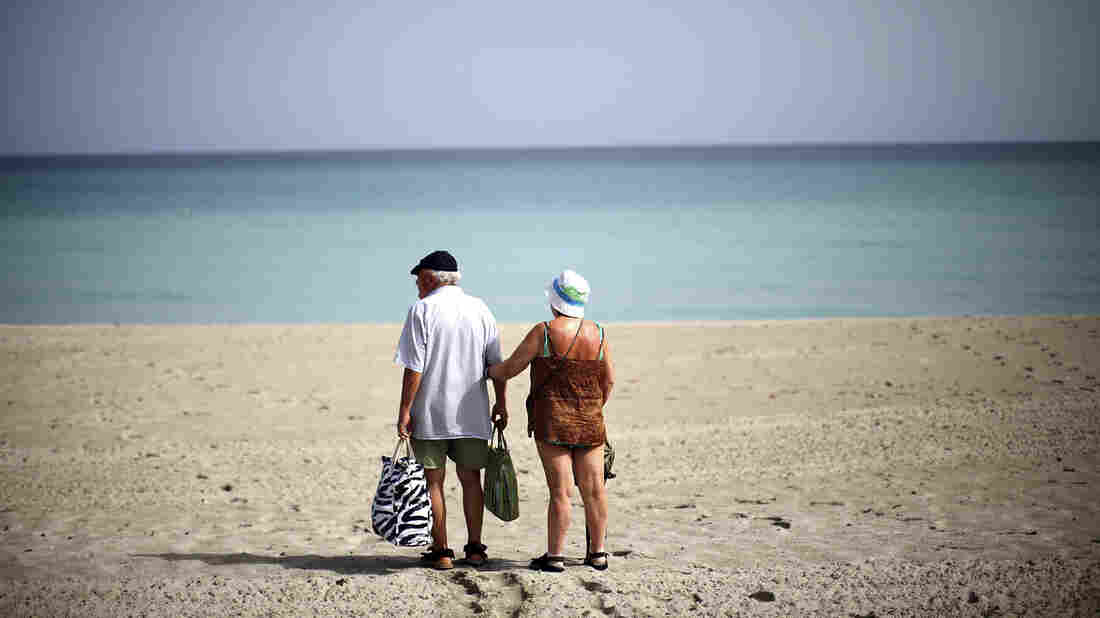 A couple walks on the beach in the resort area of Varadero, Cuba. Varadero is home to upscale hotels and resorts that cater to foreign tourists, but there aren't yet enough to handle a potential influx of Americans. David Gilkey/NPR hide caption 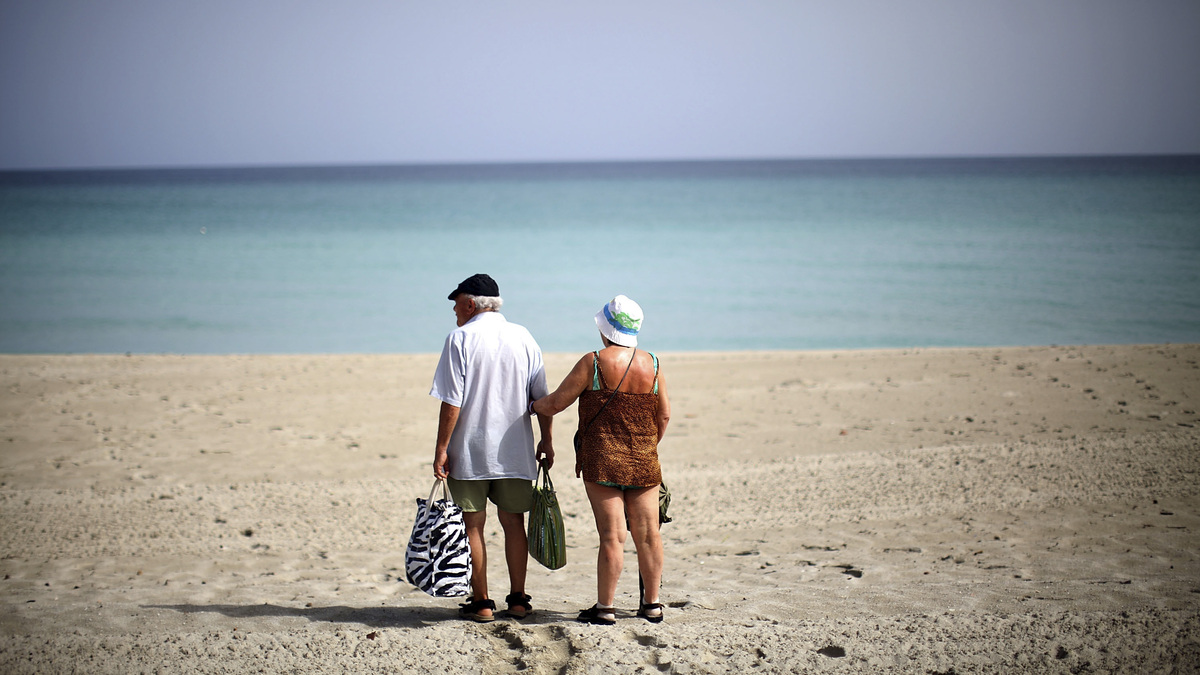 A couple walks on the beach in the resort area of Varadero, Cuba. Varadero is home to upscale hotels and resorts that cater to foreign tourists, but there aren't yet enough to handle a potential influx of Americans.

With President Obama beginning the process of normalizing relations with Cuba this week, many may envision soon soaking up the sun on a warm Cuban beach, sipping a refreshing rum drink.

In reality, that's not likely to happen for quite a while. But just the increased opportunity for travel between the two countries has those with longtime ties to Cuba already thinking about the possibilities it will bring.

Tom Popper is thinking about it. As president of the New York-based travel company Insight Cuba, Popper has fought long and hard for an end to the U.S. ban on travel to Cuba, and he has seen his hopes rise and fall with the ebb and flow of Cuban-American relations over the past couple of decades.

To say Obama's announcement Wednesday was a bit of a shock is an understatement.

"When I first heard the news on my way to the office that morning, I almost drove off the road," Popper says. "It's wonderful news for the U.S., for travelers, for business interests, for relations between the two countries."

Popper sees a greater opportunity for educational and cultural exchanges between the two countries, but cautions that some restrictions, including the ban on tourist travel to Cuba, remain in place.

What's Next For Cuba? The Headlines That Tell The Story

Despite the ban, Eben Peck, head of government affairs for the American Society of Travel Agents, calls the agreement a step in the right direction.

"It's going to mean more business for our members who participate in the Cuba market, but the full benefits of freedom to travel to Cuba is not going to be felt until the travel ban is lifted in its entirety," Peck says.

Right now, only charter flights are allowed between the U.S. and Cuba.

Cruise ship companies such as Carnival say Cuba presents some exciting possibilities but note that the country needs investments in docks and other infrastructure to accommodate big ships. A handful of international chains have hotels in Cuba, but far too few to handle large volumes of U.S. tourists. 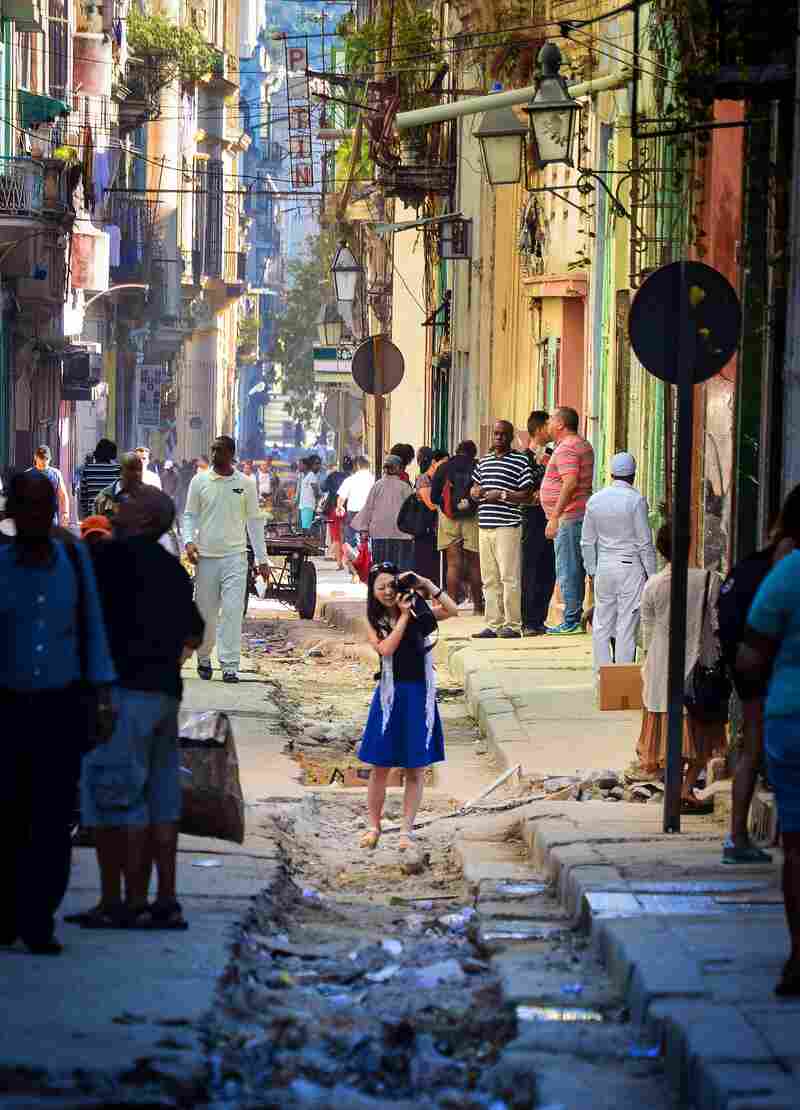 And here's something American travelers won't be able to find at all in Cuba: Starbucks.

"There's nothing like this in Cuba, and there actually won't be for a very, very long time," says Achy Obejas, a writer who was born in Cuba. "For there to be a Starbucks or a McDonald's or any kind of American business of this nature, the embargo has to be lifted, and these new policy changes do not affect the embargo."

But Obejas says the agreement to begin to normalize relations is huge, because it finally starts the conversation about eventually ending the trade embargo, which she says is critical to Cuba's future.

The first step, she says, is making it easier to travel between the two countries — and Obejas should know: She has lived there for extended periods of time and has spent much of her adult life traveling back and forth.

"It is a bit of a nightmare," she says. "You need a license, you have to ask permission, you have to join a group, you have to do something. It's not like just getting on a plane and going to the Bahamas. You actually have to go through some, you know, B.S."

Along with freer travel to and from Cuba, banking restrictions will be eased, so American travelers, for the first time, will be able to use credit and debit cards in Cuba, and they won't have to carry large sums of cash. That could free American visitors to spend more, and it would help Cuban businesses.

But the best thing for Obejas: The country will begin to be normal. The easing of travel restrictions will reconnect families, create economic and educational opportunities and encourage those Cubans who do leave the island nation to go back, Obejas says.

"Cuba will cease to be special in about five or six years," she says. "It will be one more country in the Caribbean to which you can access, which sounds banal, but is actually wonderful, to not be an outlier, to not be this dark, forbidden place."