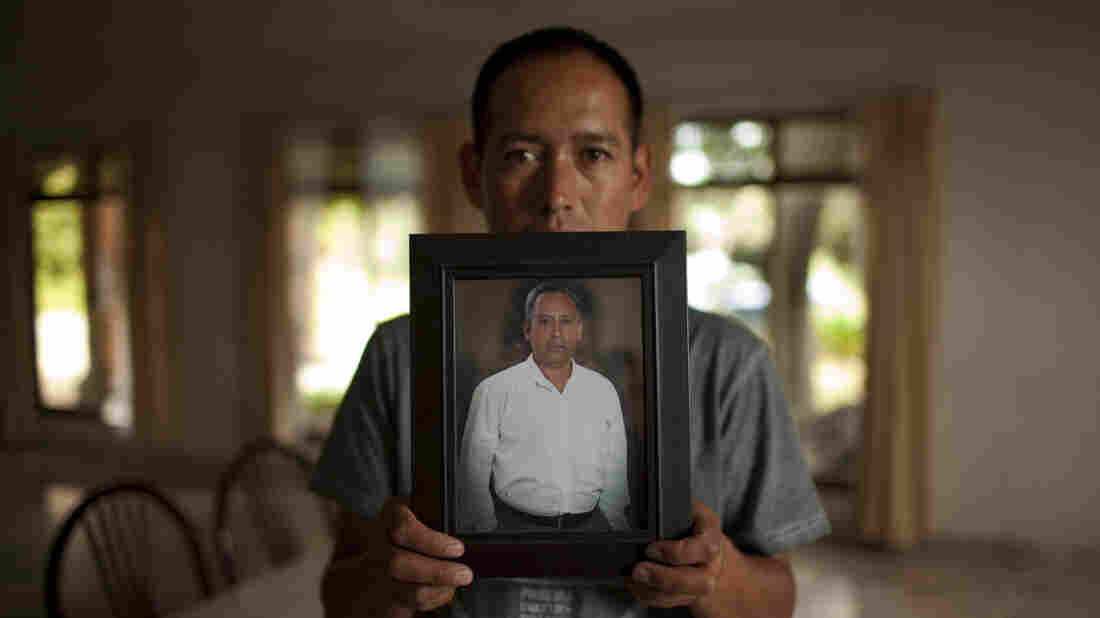 Pablo Cote holds a photo of his deceased father of the same name in July 2013 in Tlaxcala, Mexico. Cote was kidnapped while driving back from the U.S. border to the east-central state of Tlaxcala. He was beaten to death, part of the mass killing of 193 bus passengers and other travelers by the Zetas. Ivan Pierre Aguirre/AP hide caption 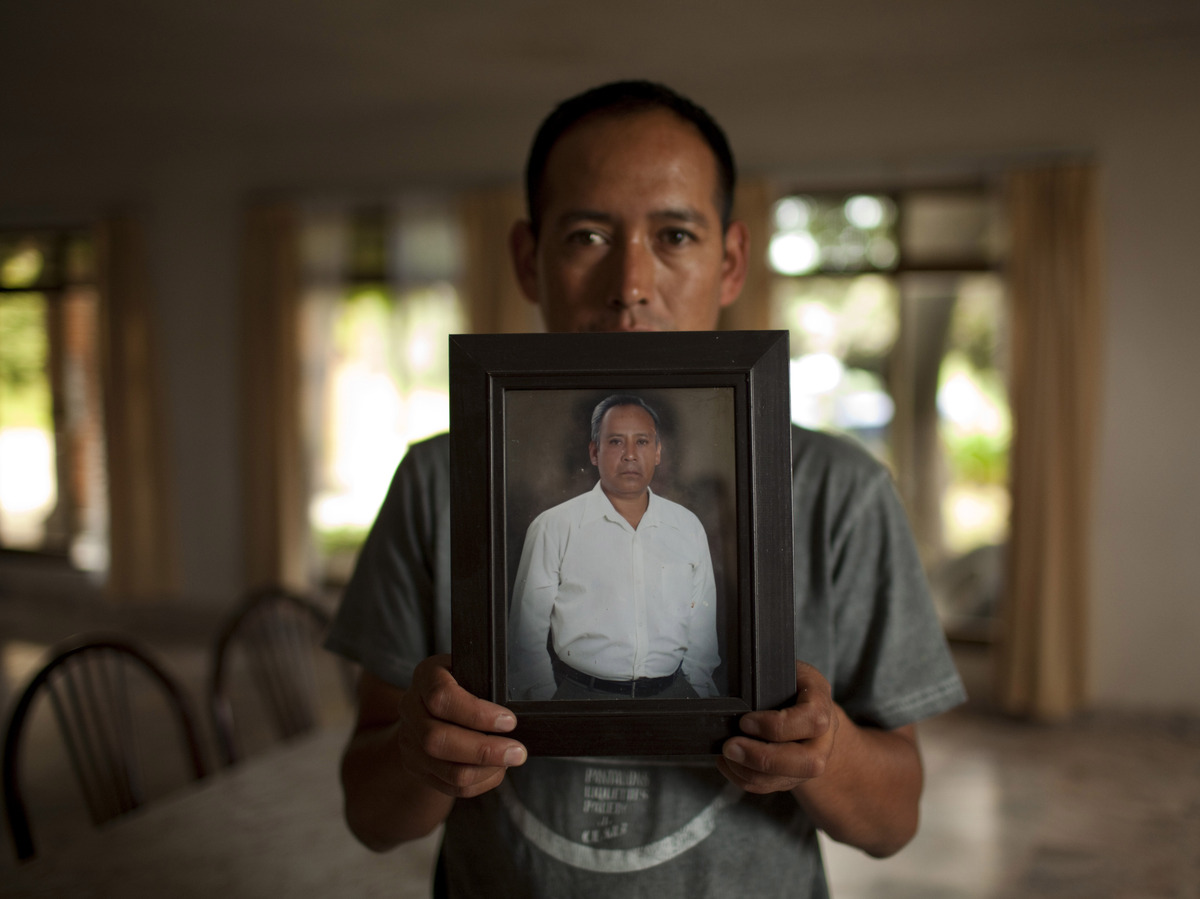 Pablo Cote holds a photo of his deceased father of the same name in July 2013 in Tlaxcala, Mexico. Cote was kidnapped while driving back from the U.S. border to the east-central state of Tlaxcala. He was beaten to death, part of the mass killing of 193 bus passengers and other travelers by the Zetas.

Local police in the city of San Fernando in northern Mexico were involved in the 2011 massacres of 193 mainly Central American migrants whose bodies were found in mass graves, according to federal prosecutors.

The claim appeared in a memo sent by Mexico's Attorney General's Office to The National Security Archive, a Washington D.C.-based research organization that solicited the information under Mexican transparency laws. It published the memo on its website on Monday and highlighted the similarities in the case to what happened with the 43 teachers college students who disappeared in southern Guerrero state in September.

Still Few Answers In Disappearance Of 43 Students In Mexico

Still Few Answers In Disappearance Of 43 Students In Mexico

The students were abducted by local police linked to a drug cartel in the city of Iguala and handed over to the members of the Guerreros Unidos gang who after killing them are believed to have burned their bodies and dumped the remains into a river, according to Mexico's government.

The case has generated angry protests in Mexico and abroad over the alleged involvement of police and corrupt officials. Reports have emerged of mayors and police forces in cities in parts of Mexico being on the payroll of cartels.

In San Fernando, a city of 60,000 inhabitants in Tamaulipas state near the Texas border, local police worked as lookouts for the brutal Zetas drug cartel, as well as turning a blind eye to cartel activity, according to members of the Zetas cited in the memo.

The Zetas were fighting for control of human trafficking networks with the Gulf Cartel. In 2011 there were many cases of the mass kidnapping of migrants heading north to try to cross illegally into the United States. Officials have said that most of the bodies found in and around San Fernando belong to migrants kidnapped off buses and killed by the Zetas, some because they refused to work as drug mules.

In the memo, detained Zetas told authorities that local police helped in the "intercepting of people."

This is the first time the Attorney General's Office has declassified documents related to the mass killings of migrants perpetrated in northern Mexico in recent years. These are the killing of 72 migrants in San Fernando in August 2010, the discovery of at least 193 bodies in 47 clandestine graves in San Fernando between April and May of 2011, and the discovery of 49 human torsos in Cadereyta in the neighboring state of Nuevo Leon in May 2012.

The Foundation for Justice and the Democratic Rule of Law, a group that advises relatives of the victims in San Fernando, had already denounced the alleged participation of authorities in the crimes.

The group's director, Ana Lorena Delgadillo, told The Associated Press that the memo confirms "the degree of participation by the police."

"This is a very important step toward finding the truth," said Delgadillo, lamenting that the declassified memo didn't give much more information than that 18 local police officers were being investigated.

In 2013, the foundation signed an agreement with the Attorney General's Office, a team of Argentine forensic scientists and other non-governmental organizations to identify and find the cause of death of the at least 314 migrants killed in the three massacres.

According to the foundation, as of May 2014, about 200 of the bodies remain unidentified.