Accessibility links
California DMV Prepares For Undocumented Residents Applying For Licenses The state is expecting 1.6 million undocumented immigrants to apply for driver's licenses when a new law takes effect Jan. 1. The DMV is adding 800 employees to help handle the influx. 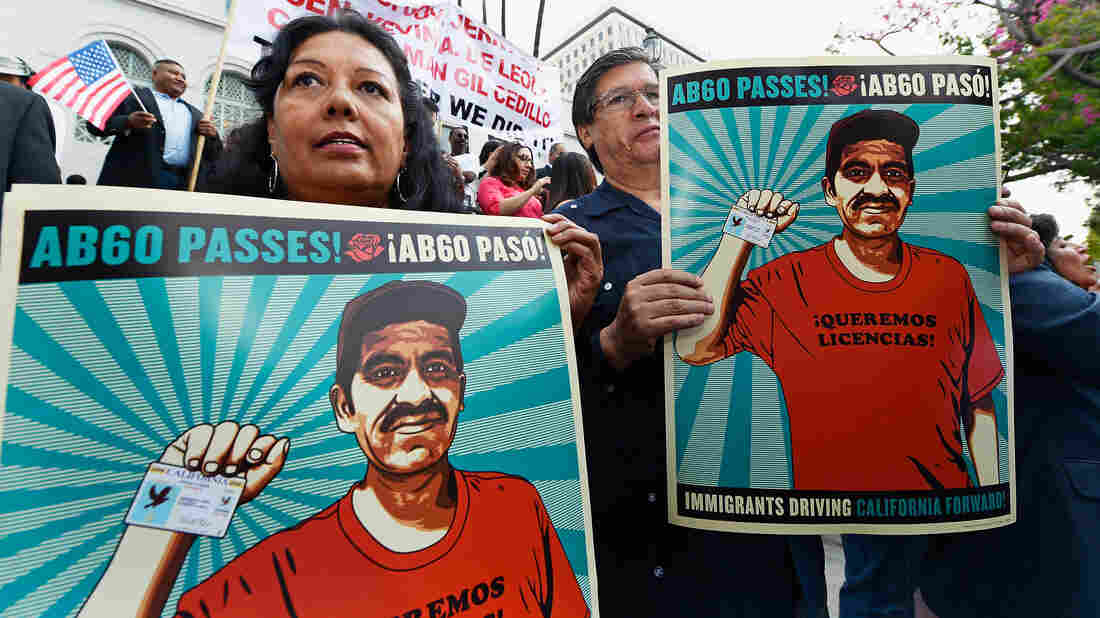 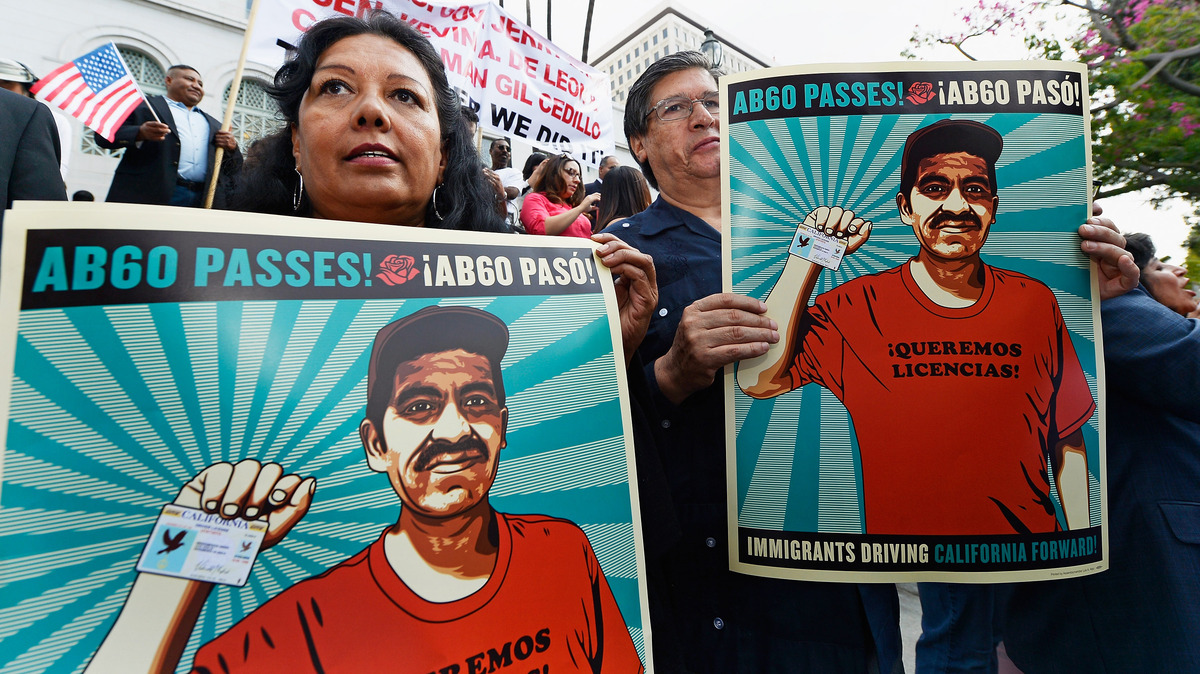 California residents who are living without documentation soon will be eligible to apply for driver's licenses, thanks to a new law that takes effect in the new year.

The state's Department of Motor Vehicles is expecting 1.6 million immigrants to apply in the first few years, and law enforcement, community groups and others are preparing for the surge.

In central Los Angeles, about 150 parishioners recently packed into Holy Spirit Catholic Church, not for a mass but for a training session. Presenter after presenter explained the new law, called AB60, which goes into effect on Jan. 1.

A 'Dreamer' With Parents Still In The Shadows

"We know that the city of LA has a big immigrant population that doesn't have a driver's license, and they're driving in the city of LA," Juan Gonzalez, a lieutenant with the Los Angeles Police Department, told the crowd.

They're driving all over the state — in California's cities, in rural areas, commuting to work and school or just traveling. Like most people do — only in the shadows.

"And we know that a lot of the accidents that get caused — we have a lot of hit-and-runs because of the fear, because they don't have driver's licenses," Gonzalez says.

That can leave a legal driver — someone with a license — in a bind, or turn a small incident for the immigrant, driving illegally, into a misdemeanor or felony. That leads to arrests, impounded cars and just generally bad blood between cops and immigrant drivers.

"And we know that a lot of the accidents that get caused — we have a lot of hit-and-runs because of the fear, because [undocumented immigrants] don't have driver's licenses."

Juan Gonzalez of the LAPD

"So it's actually better for the police department for most of our drivers to be licensed and know how to drive," he says.

California isn't the first state to have this kind of law — Connecticut is implementing a similar one now, and a handful of other states already allow undocumented immigrants to apply for driver's licenses or card equivalents — but it's certainly the biggest. The expectation of 1.6 million new applicants has spurred the state's DMV to add 800 employees to help with the transition.

Community groups and churches like Holy Spirit are helping in their own way, preparing people for the written tests and walking them through the needed documentation.

Father Aloysius Ezeonyeka, also known as Father Al, is an immigrant himself; he knows how important it was to him to get his driver's license.

"You have no idea how many years a lot of those people have been living in darkness of the law, hoping that nobody catches them," he says.

"You always afraid to be stopped by the police. Then they can take your car," she says. "So, I'm excited by this opportunity that we have."

And Quinto plans to take full advantage: She's been to every training session, and is studying in Spanish and in English. And she already has set a date to take the exam — Jan. 2, a day after the new law goes into effect. Quinto hopes that soon after, she'll be able to drive her two kids legally for the first time.