Accessibility links
Pittsburgh Tries To Attract Enterprising Immigrants And Refugees Pittsburgh is the latest Rust Belt city hoping to lure high-skilled immigrants into its labor force by helping refugees and other immigrants land the kind of jobs they held back home. 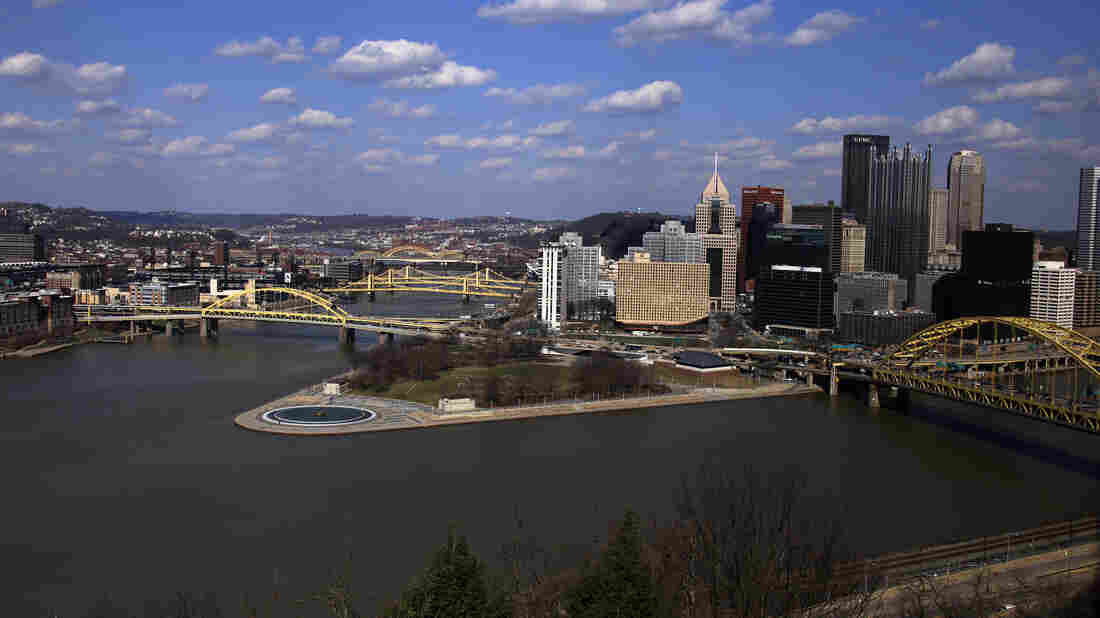 The city of Pittsburgh is hoping that drawing more skilled immigrants will give it an entrepreneurial boost. Gene J. Puskar/AP hide caption 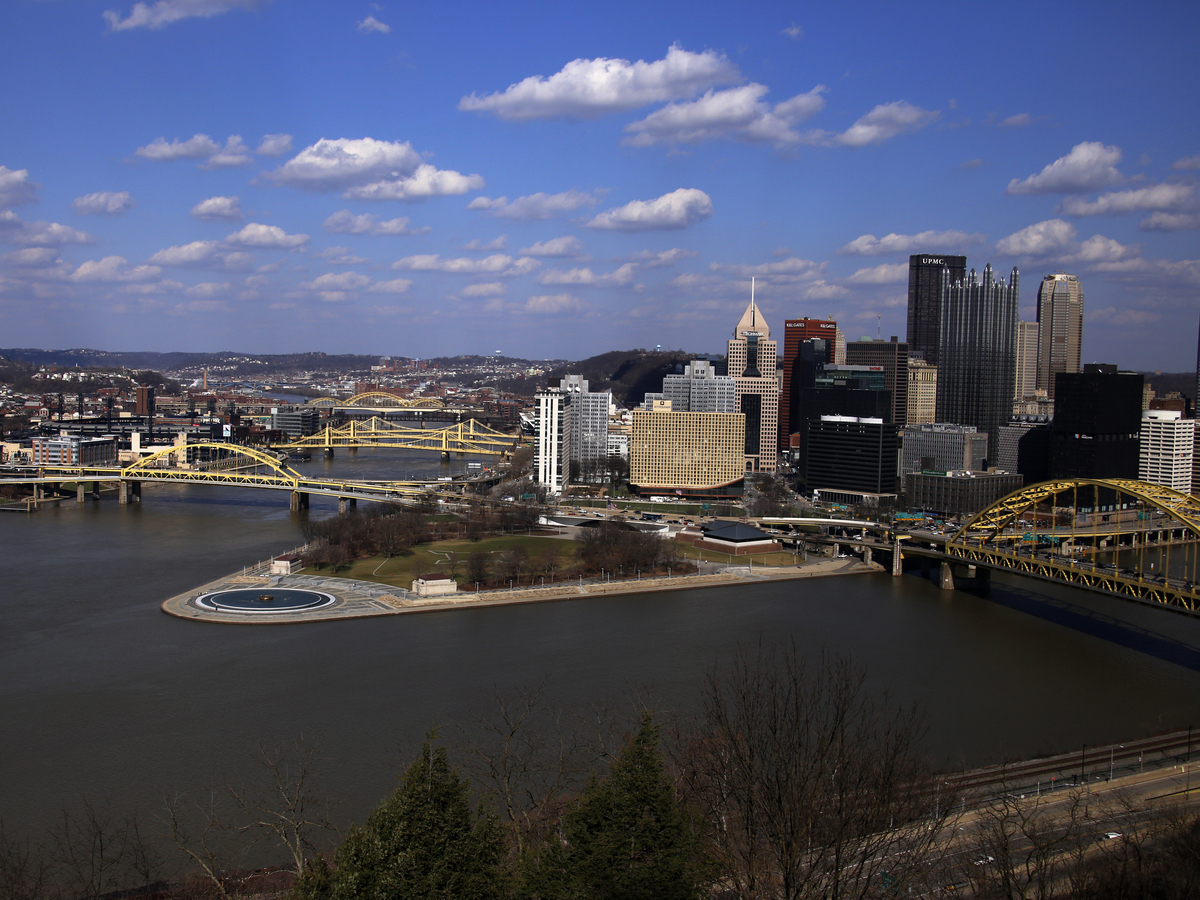 The city of Pittsburgh is hoping that drawing more skilled immigrants will give it an entrepreneurial boost.

When Ammar Nsaif was 8, in Iraq, he often thought about his future wife and kids, about the car and house and business he'd own. As an adult, he became an electrical engineer and made his 8-year-old self proud.

"Before the war, I did many things," Nsaif says. "My cousins, my friends, my neighbors, they know Ammar. He's working, making business. I did very well."

But he lost everything when he fled Bagdad suddenly, in 2006. Nsaif, 39, says he received a death threat from terrorists over his work with an American company. They already had killed one of his older brothers.

"I thought, 'I'll be back to my country after one or two months, once everything is safe,' " he says.

Instead, he spent two years in Syria, two in the Netherlands and two in Jordan. Then he and his family received refugee status and came to Pittsburgh, his last stop.

Those words are music to Pittsburgh's ears, because the city has a plan. While recent headlines have focused on the kinds of stories that make the U.S. sound wary of immigrants — border security, strict new state laws, failed national reform efforts — Pittsburgh is the latest of a number of cities trying to attract them.

"It's 20,000 new residents over the next 10 years, and a portion of that — if we're doing it right — should be immigrants," says Betty Cruz, head of Welcoming Pittsburgh, a new initiative to attract and retain newcomers.

Studies show immigrants start businesses at a higher rate than non-immigrants, and can raise home values when they move into neighborhoods.

"A lot of these places are looking for two things: economic activity and population," Singer says. "Immigrants and refugees are often looked at as a really dynamic group."

Pittsburgh is just the latest Rust Belt city trying to boost the demographic — just 7 percent of the city's residents were born outside the U.S., which is low for an urban area. About 40 other U.S. cities have similar programs, including Philadelphia; Chicago; St. Louis, Mo.; Columbus and Dayton, Ohio.

Barbara Murock of the Allegheny County Department of Human Services says Pittsburgh has some catching up to do.

"Back in the '80s, when immigration was starting to flow into many other large cities, we were having a real economic crisis here, with the steel mills going down," she says. "Now that we are starting to have an inward migration, we're really just developing the awareness."

The incoming immigrants also are well-educated. According to Singer, Pittsburgh has the biggest ratio of high-skilled immigrants in the nation.

People like Nsaif need additional help translating and evaluating their degrees and coursework and navigating the process of transferring credentials, Murock says.

About 30,000 high-skilled immigrants are underemployed in Pennsylvania. In addition, some see Pittsburgh as parochial and not open to outsiders.

Welcoming Pittsburgh hopes to change that by opening government and coordinating various agencies' efforts. Singer says it's too soon to tell if it's working in other cities, but what some call "deliberate welcoming" enhances the No. 1 thing city residents need: opportunities.

Nsaif currently works as a caregiver, earning $1,400 a month, plus SNAP benefits to purchase some groceries, for a family of five.

He says he's staying positive. He already has bought a house, and he also is participating in a new program for high-skilled immigrants and taking English classes.

"I feel here in Pittsburgh I can do many dreams," he says. "I feel good for [the] future."