Accessibility links
Obama Hits The Links With Malaysia's Prime Minister What do two world leaders do when they find themselves on the same Hawaiian island on Christmas Eve? If you're President Obama and Malaysian Prime Minister Razak, you meet on the golf course. 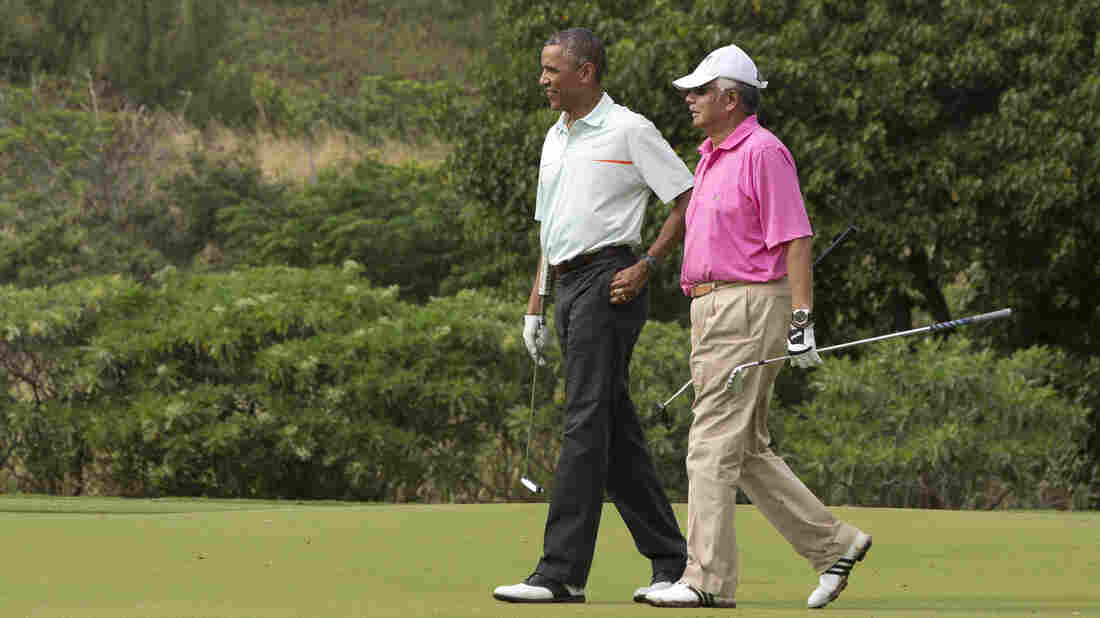 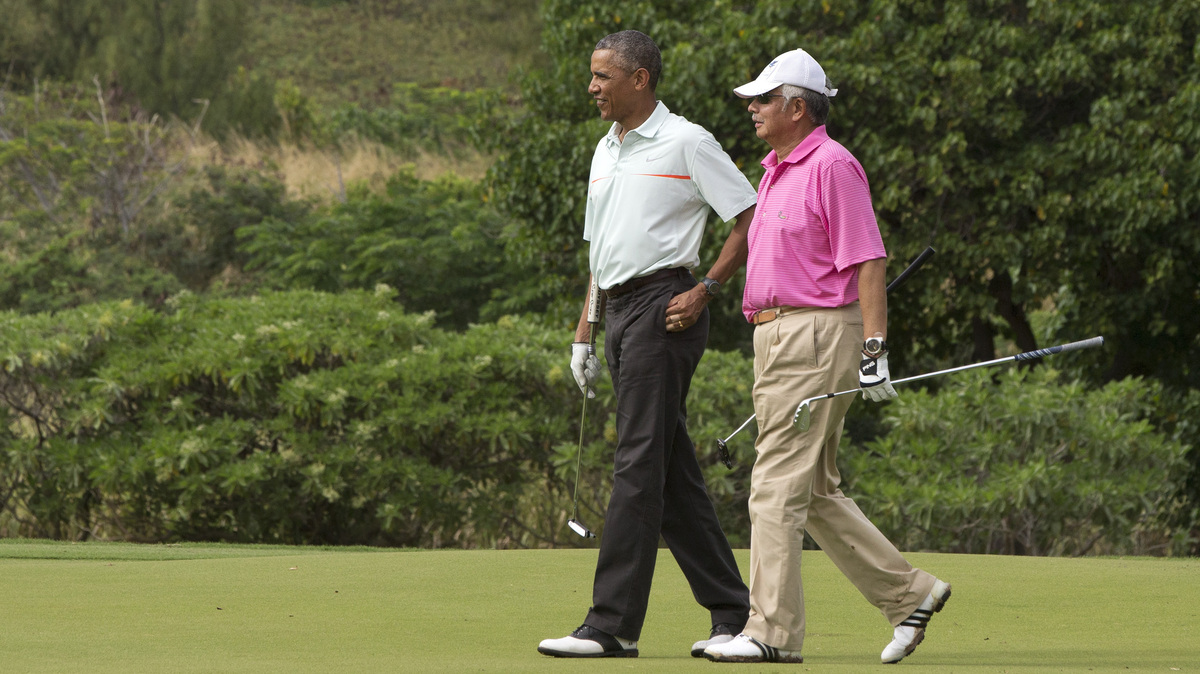 What do two world leaders do when they find themselves on the same Hawaiian island on Christmas Eve? If you're President Barack Obama and Malaysian Prime Minister Najib Razak, you round up a few aides and make common cause on the golf course.

Both vacationing this week in Oahu, Obama and Najib teed off Wednesday on a cloudy but balmy afternoon at a Marine Corps base, not far from where Obama is renting a home for his two-week stay. The two leaders seemed at ease together, smiling and laughing in casual clothes as they sized up their shots.

Although Obama plays golf nearly every day while on vacation, he typically restricts his foursome to a small circle of longtime friends and advisers. But in recent years, his annual trip to Hawaii has allowed Obama to mix in a little diplomacy. Last year, he hit the links with New Zealand Prime Minister John Key, who owns a home in Hawaii.

Media access to Obama's golf games is typically restricted, but reporters and photographers were permitted to briefly watch the two leaders Wednesday about halfway through their game. Neither leader was having particularly good luck with their short game.

Up first to finish the hole, Najib came up short with his putt. Obama crouched low to line up his shot, but the ball tilted left and evaded the hole. After another failed attempt, he picked up the ball and called it quits. Najib, too, missed his next shot, but a gracious Obama gave him a pat on the shoulder and praised his golf game just the same.

"Merry Christmas," Obama said as he waved to the media.

Then he added a note of caution for reporters covering his Hawaiian getaway.

"Be careful about those fruity drinks," he said. "You never know - they might have a little kick to them."

Ever the statesmen, Obama and Najib also used their time on the course to discuss world affairs, including Malaysia's rotating leadership next year of the Association of Southeast Asian Nations, or ASEAN. "The two leaders took the opportunity to discuss the growing and warming relationship between the United States and Malaysia," the White House said in a statement.

Najib has served as Malaysia's prime minister since 2009. In April, Obama paid the first presidential visit to Malaysia in nearly half a century, when Lyndon B. Johnson visited the Southeast Asian nation. During that visit, Obama met with Najib and pressed his government to improve its human rights and political freedoms.

Obama is no stranger to Hawaii's picturesque golf courses, and this year's vacation has been par for the course. The president has played a round four out of the five days he's been on the island so far.