Accessibility links
Buddy DeFranco: The Clarinetist Who Swung To Bebop A brilliant jazz improviser who toured with Count Basie and Billie Holiday, DeFranco devised many new paths for his instrument as small-group bebop overtook the big bands of the Swing Era. 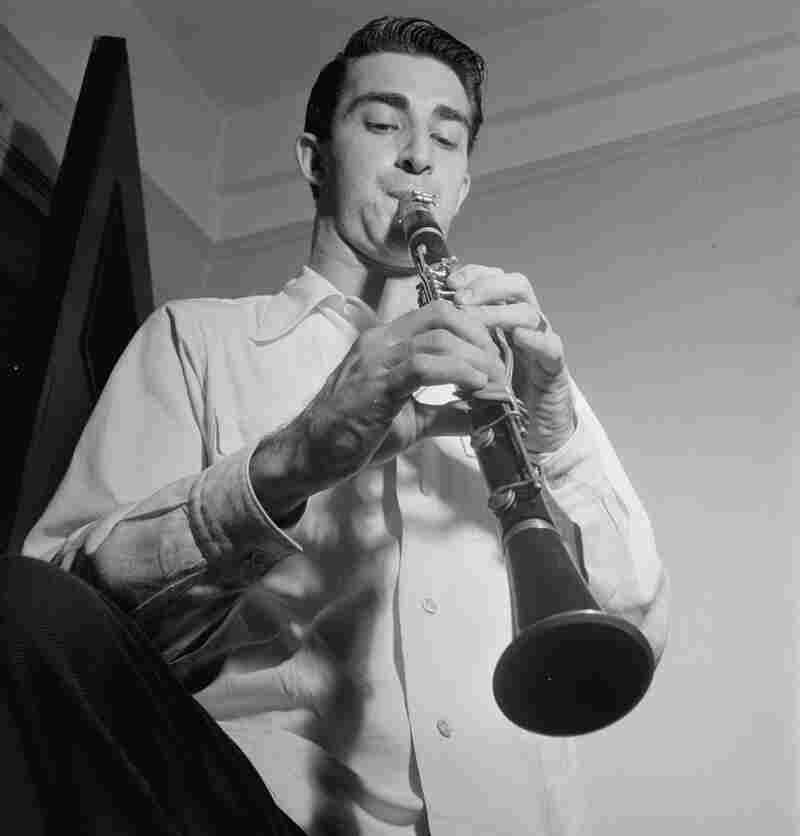 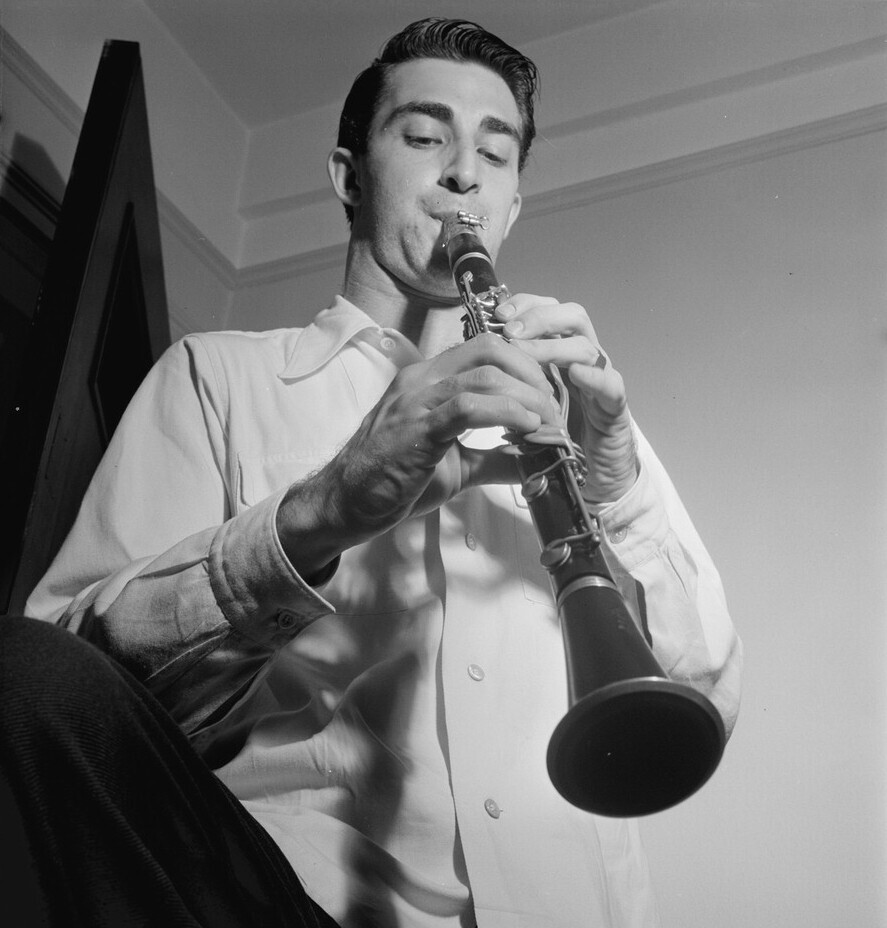 Clarinetist Buddy DeFranco, a brilliant jazz improviser who devised many paths for his instrument following its peak popularity in the swing era, died Dec. 24, his website announced. He was 91.

DeFranco began his career touring in big bands, but as the virtuosic style of small-group bebop became the reigning paradigm for modern jazz, he adapted his technique to the music's demands. All the while, he played in the bands of Tommy Dorsey and Count Basie as well as with Billie Holiday and the Jazz at the Philharmonic tours. DeFranco maintained a bebop quartet for several years in the early 1950s. He co-led an experimental group with accordionist Tommy Gumina in the early '60s, before helming the revived Glenn Miller Orchestra. And the clarinetist continued performing the world over until his late 80s, often with vibraphonist Terry Gibbs.

In 1998, to mark his 75th birthday, he was the subject of an episode of NPR's hour-long documentary program Jazz Profiles. Hear the audio above, and browse excerpts from the original text for that program below:

Smooth, lyrical, lucid, precise — they almost do justice to the unmistakable sound of clarinetist Buddy DeFranco. His technical expertise has been likened to that of Artie Shaw, his melodic capabilities rival Benny Goodman's, he's been dubbed "The Charlie Parker of the clarinet."

Born Bonifacio Ferdinand Leonardo DeFranco on Feb. 17, 1923, Buddy was quickly given his new name in the interest of brevity. When he was 9 years old, Buddy's father, a blind piano tuner and talented musician in his own right, spent the rent money to buy Buddy his first clarinet.

After attending the Mastbaum School [in Philadelphia] and receiving classical training, Buddy broke into the jazz music business when he won a national Tommy Dorsey talent contest.

By 1939, Buddy was on the road with the Johnny "Scat" Davis big band and spent the next several years moving from band to band. Finally, in 1944, Tommy Dorsey himself recruited the gifted clarinetist, and thus began Buddy's four-year stint with the most popular dance band of the era.

Everybody that listens to something hears it differently from their own perspective. And you can't please everyone. Don't even try. Please yourself first and then try to please those people around you that you feel know what you're doing.

Although the big band provided a perfect forum for Buddy to showcase his talent on the clarinet, the "king" of instruments during the swing era, Buddy grew restless with the limitations of popular music and Tommy Dorsey's rigid interpretations of hit songs. In 1948, Dorsey had "the talk" with Buddy.

The bebop revolution of the 1940s enabled Buddy to break loose from the confines of swing and granted him "the freedom to float" he desired. The challenge was clear: From "king" of the swing instruments, the clarinet was not well suited to bebop, due to its temperamental nature.

Buddy eventually got recording dates with many of the bebop legends plus a steady spot in the Count Basie septet. While the Basie gig was prestigious within the jazz community, trumpeter and fellow band member Clark Terry recalled the interesting "reverse racism" Buddy encountered for being the only white member of the septet.

The 1950s were a prolific time for Buddy. He formed his own quartet with drummer Art Blakey, pianist Kenny Drew and bassist Eugene Wright. In 1954, he embraced the opportunity to play a European tour with the spectacular Billie Holiday.

Through producer Norman Granz, Buddy was paired with his boyhood idol, pianist Art Tatum, and was featured on the Jazz at the Philharmonic recordings. Despite his success, Buddy struggled with the only major criticism of his long career, a column by jazz writer Nat Hentoff.

When rock and roll began to steal the jazz's thunder towards the end of the 1950s, Buddy made ends meet with studio work for film and television until he was invited to lead the Glenn Miller Orchestra in 1966. 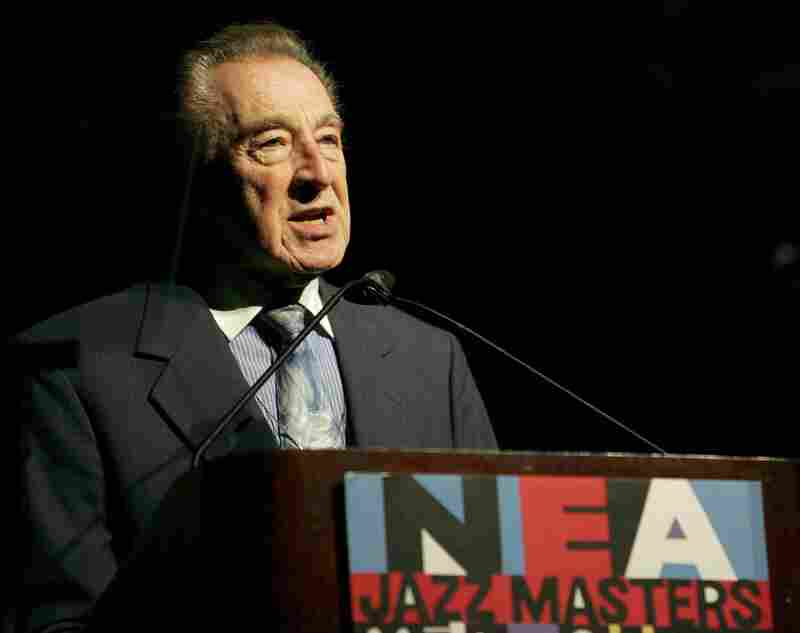 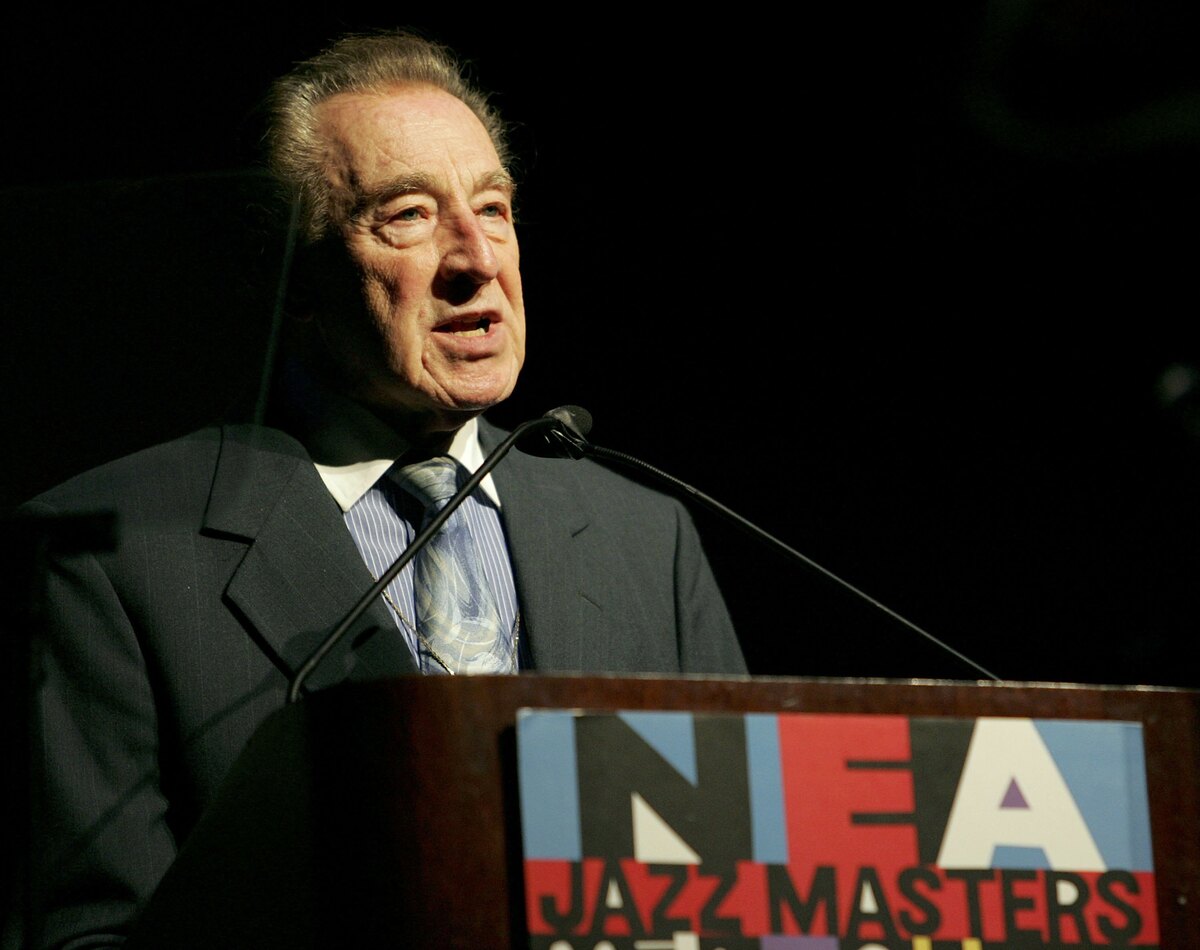 Buddy DeFranco accepted the National Endowment for the Arts Jazz Masters award in 2006.

During the subsequent period, Buddy met and married his wife Joyce, and joined forces musically with vibraphonist Terry Gibbs. Gibbs and DeFranco formed a dynamic pair, complimenting each other musically and personally.

Buddy DeFranco continues to progress with time, influencing young clarinetists with his gentle, generous personality and his ceaseless energy for experimentation.