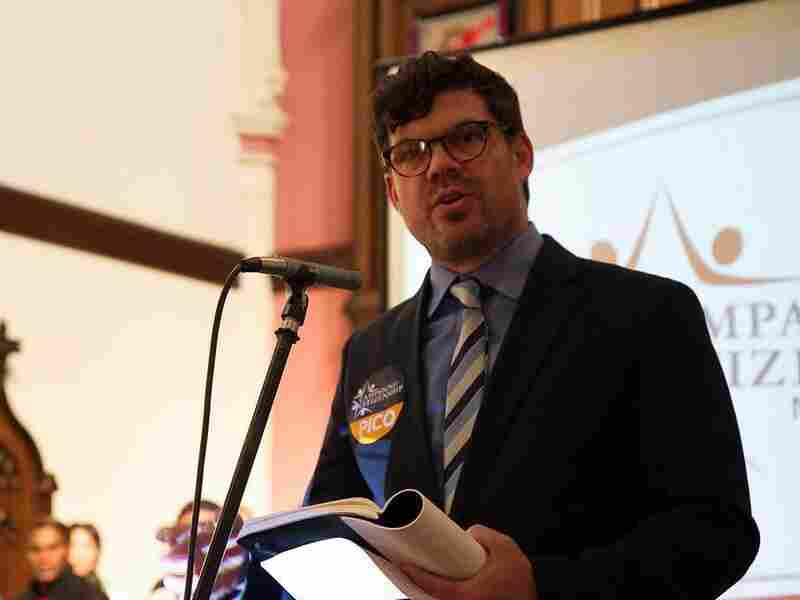 Minister Ryan Bell decided to "try on" atheism for a year; now, although he says atheism is an "awkward fit," he's going to continue to not believe in God. Natalie Gee hide caption 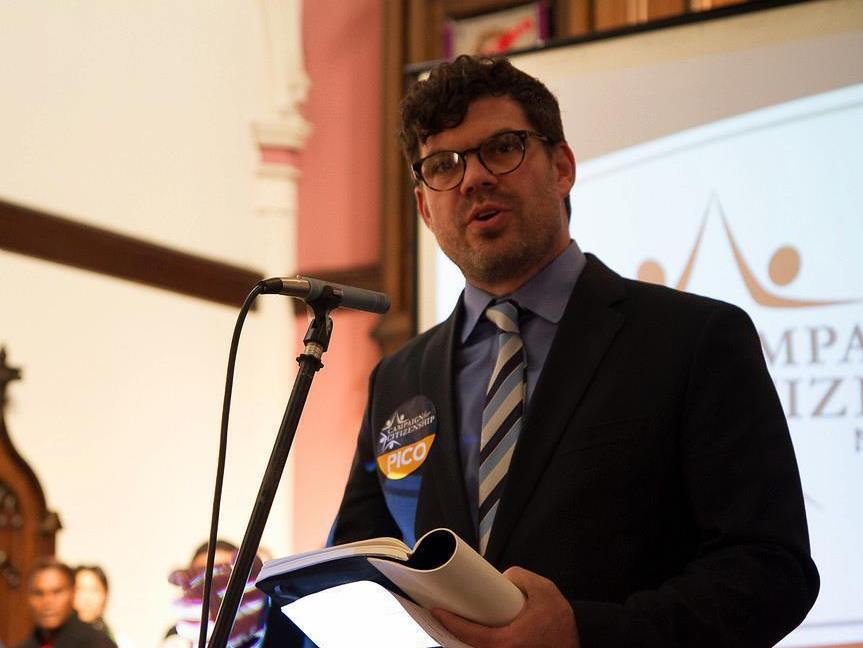 Minister Ryan Bell decided to "try on" atheism for a year; now, although he says atheism is an "awkward fit," he's going to continue to not believe in God.

In January: 'A Year Without God'

As 2014 draws to a close, NPR's Weekends on All Things Considered is checking back on some of the most compelling stories of the year. Here's an excerpt from our interview with Bell in January:

When things start to come unwound, sometimes they unwind all the way. And then, you know, perhaps you can wind it up a little bit again later — who knows? But I feel like I lost my church leadership position and then I really didn't have any compulsion to go to church internally ...

So I just decided not to fight it. I just decided to say, "Well, let me just give church a rest." And as I did that, I just began to wonder about the very existence of God.

At the start of 2014, former Seventh-Day Adventist pastor Ryan Bell made an unusual New Year's resolution: to live for one year without God — this reflecting his own loss of faith. He kept a blog documenting his journey and had a documentary crew following him.

After a year, Bell tells NPR's Arun Rath, "I've looked at the majority of the arguments that I've been able to find for the existence of God, and on the question of God's existence or not, I have to say I don't find there to be a convincing case, in my view.

Today, Bell has a new job at PATH, an organization dedicated to helping the homeless.

"It's, I think, an expression of really the part of me that hasn't changed. I'm still the same person deep down that I was before. I care about justice and equality, and I want to see opportunities spread more evenly in our society," Bell says.

Bell says he still feels like atheism is "an awkward fit," and also feels uncomfortable around his former Christian friends who are adjusting to his new views.

One of his biggest lessons from the year is "that people very much value certainty and knowing and are uncomfortable saying that they don't know."

Now he thinks certainty is a bit overrated.