Accessibility links
Fleeing To Dismal Swamp, Slaves And Outcasts Found Freedom Most Americans know about the Underground Railroad, which allowed Southern slaves to escape to the North. But some slaves stayed in the South, hidden in a place where they could resist enslavement. 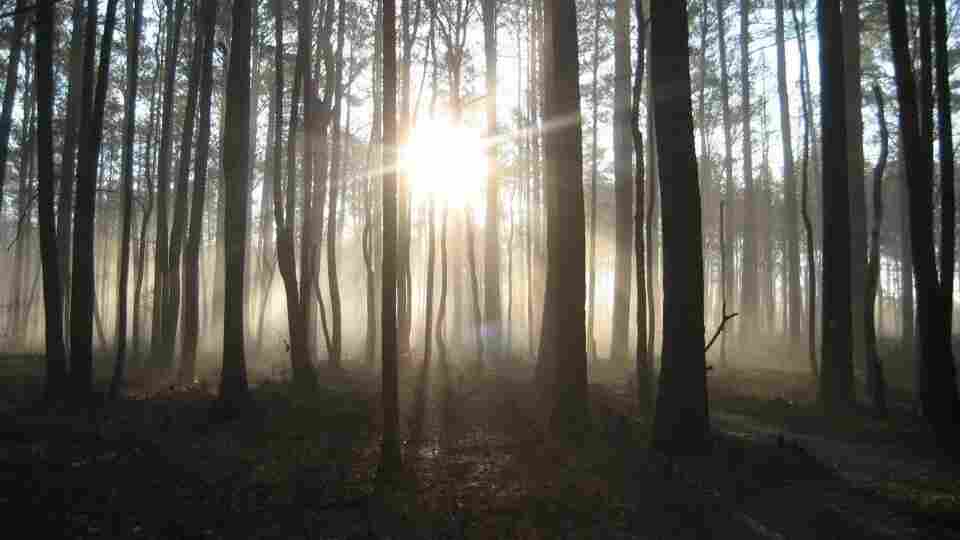 Great Dismal Swamp, in Virginia and North Carolina, was once thought to be haunted. For generations of escaped slaves, says archaeologist Dan Sayers, the swamp was a haven. U.S. Fish and Wildlife Service hide caption 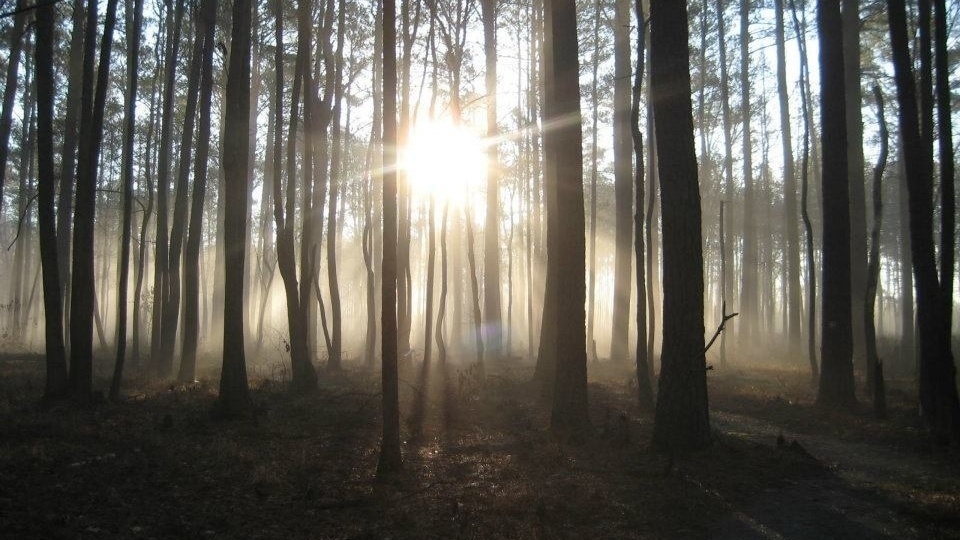 Great Dismal Swamp, in Virginia and North Carolina, was once thought to be haunted. For generations of escaped slaves, says archaeologist Dan Sayers, the swamp was a haven.

Most Americans know about the Underground Railroad, the route that allowed Southern slaves to escape North. Some slaves found freedom by hiding closer to home, however — in Great Dismal Swamp.

The swamp is a vast wetland in southeastern Virginia and northeastern North Carolina. In George Washington's time, it was a million acres of trees, dark water, bears, bobcats, snakes and stinging insects. British settlers, who first arrived in 1607, believed the swamp was haunted.

By 1620, some of their slaves may have overcome that fear to find freedom there. 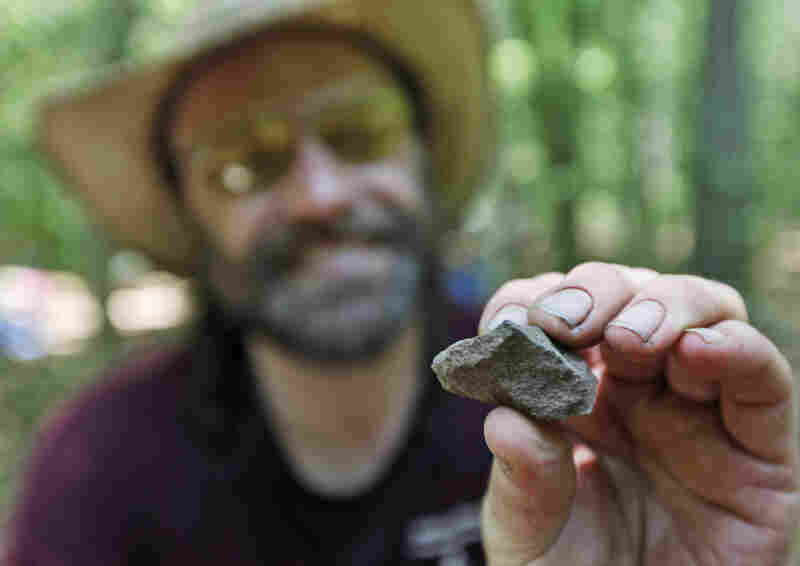 Daniel Sayers has been working for more than a decade in Great Dismal Swamp; here, in 2011, he displays a fire-cracked rock from a dig site. His new book pieces together the stories of those who once lived in settlements scattered on patches of dry land in the swamp. Steve Helber/AP hide caption 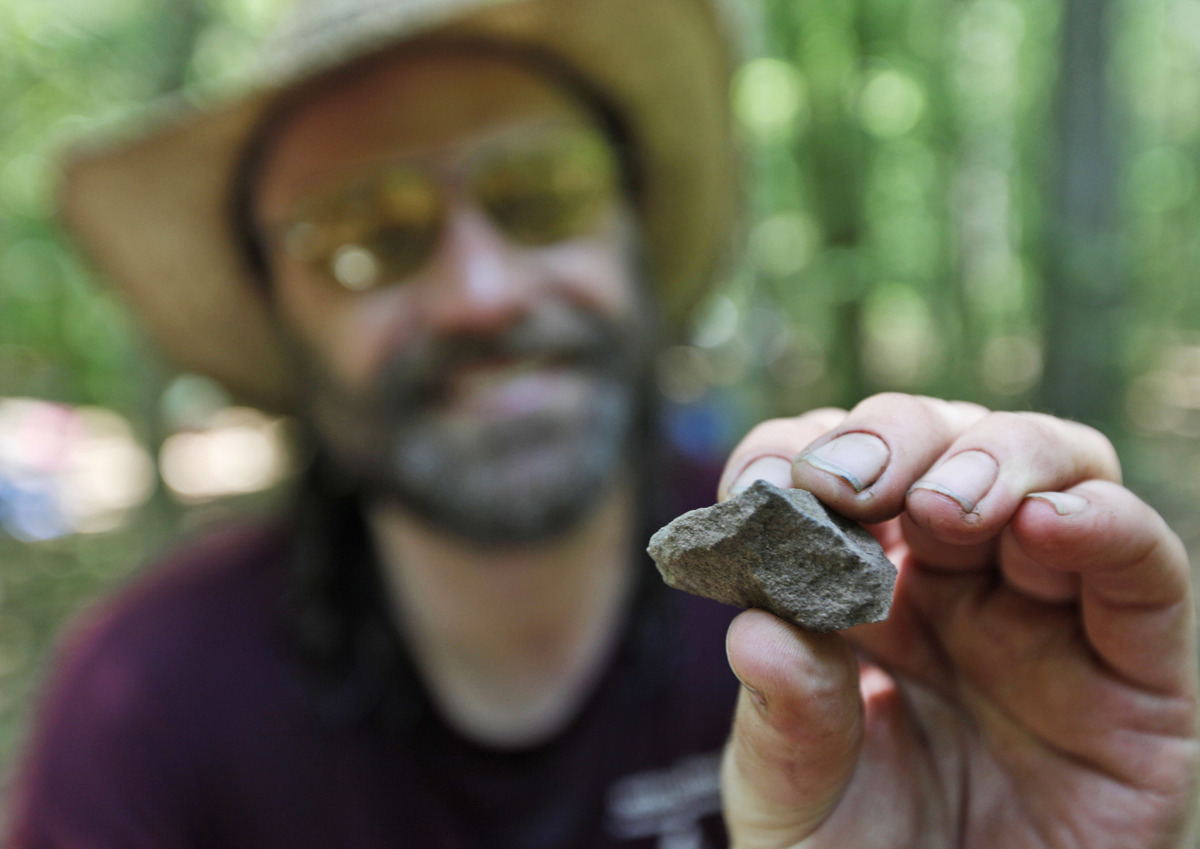 Daniel Sayers has been working for more than a decade in Great Dismal Swamp; here, in 2011, he displays a fire-cracked rock from a dig site. His new book pieces together the stories of those who once lived in settlements scattered on patches of dry land in the swamp.

Today, 112,000 acres of swamp remain, and archaeologist Daniel Sayers has explored many of them. He's found large islands where escaped slaves settled.

"When you're walking through a thousand feet of the briars and the water, the mosquitoes are eating you alive, sweating bullets, and you're almost exhausted, and then suddenly your foot's no longer squishing in the peat but now it's walking on dry ground and crunchy leaves — it blows your mind," Sayers says. "You can't imagine people not living there."

He's now written about life on these islands in a new book, A Desolate Place for a Defiant People. He believes 10 generations of escaped slaves lived here, along with Native Americans who'd been driven off their land and whites who were shunned by mainstream society.

Since 2003, he's found thousands of artifacts during Great Dismal Swamp digs. In his laboratory at American University, he unwraps several: bits of clay tobacco pipes, nails and traces of at least a dozen cabins, along with what could have been an arsenal — a place where Sayers found gun flints and lead shot.

News of these finds is exciting for professional and amateur historians like Eric Shepherd, a resident of Suffolk, Va., who organizes tours to help African-Americans get in touch with their roots.

"As our ancestors are calling us to look for them, I think we ought to pick up the spiritual phone and answer the call," he says.

Research led Shepherd to a distant relative named Moses Grandy, who left an account of his time in the swamp around 1800. He first went there to dig canals so his master could cut and transport timber. 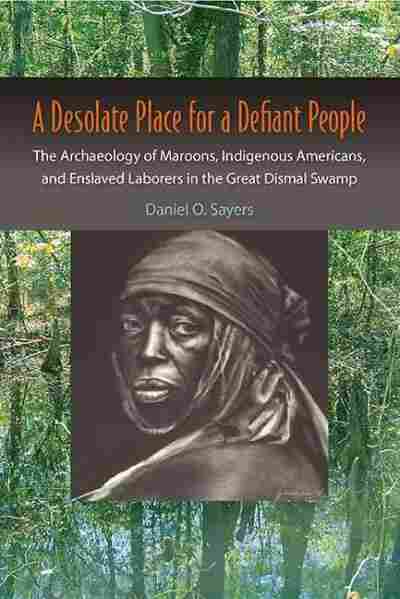 A Desolate Place for a Defiant People

The Archaeology of Maroons, Indigenous Americans, and Enslaved Laborers in the Great Dismal Swamp

"The labor there was very severe," Grandy wrote. "The ground is often very boggy: the negroes are up to the middle or much deeper in mud and water, cutting away roots and baling out mud: if they can keep their heads above water, they work on. ... [The overseer] gave the same task to each slave; of course the weak ones often failed to do it. I have often seen him tie up persons and flog them in the morning, only because they were unable to get the previous day's task done."

Grandy was skilled at handling boats, and sometimes his master allowed him to work for others, sharing the money that he made moonlighting. Over the years, Grandy saved enough to buy his own freedom. He could have headed north. Instead, he returned to live in the swamp.

"I built myself a little hut, and had provisions brought to me as opportunity served," Grandy wrote. "Here, among snakes, bears and panthers, whenever my strength was sufficient, I cut down a juniper tree, and converted it into cooper's timber. ... I felt to myself so light, that I almost thought I could fly, and in my sleep I was always dreaming of flying over woods and rivers."

"Slavery will teach any man to be glad when he gets freedom," Grandy wrote.

Such stories, along with some of the artifacts Sayers found, will be on display at the Smithsonian's National Museum of African-American History and Culture when it opens in 2016.