Accessibility links
The 'NPR Grammar Hall Of Shame' Opens With 'I' And 'Me' NPR's audience submitted more than 270 nominees for "most misused word or phrase." No. 1: Using "me" when it should be "I," or "I" when it should be "me." Can you use them correctly? Try our quiz. 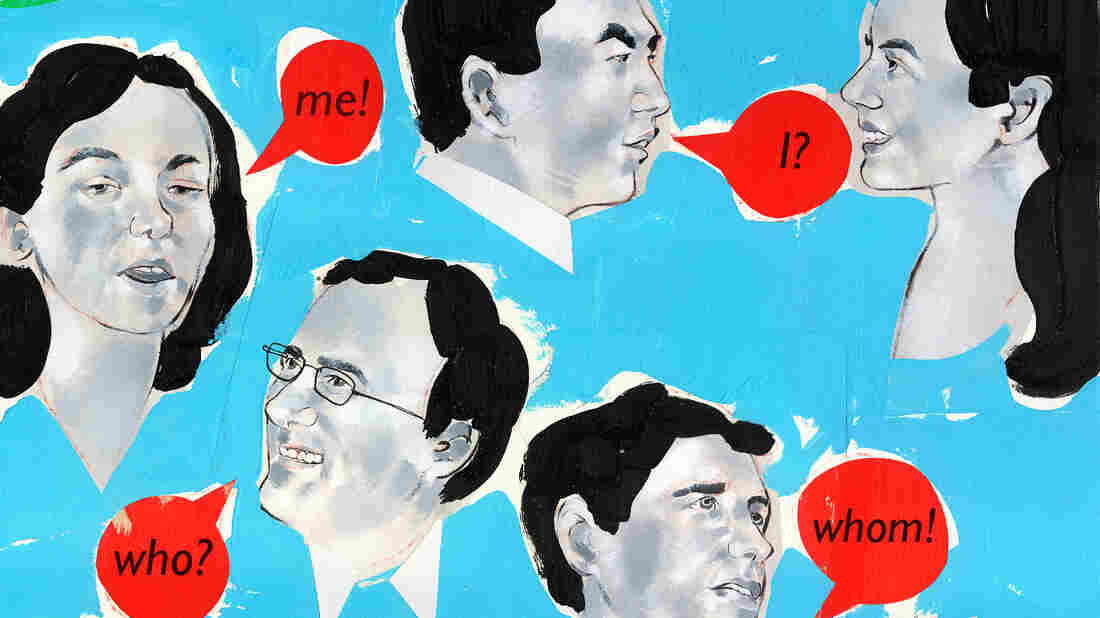 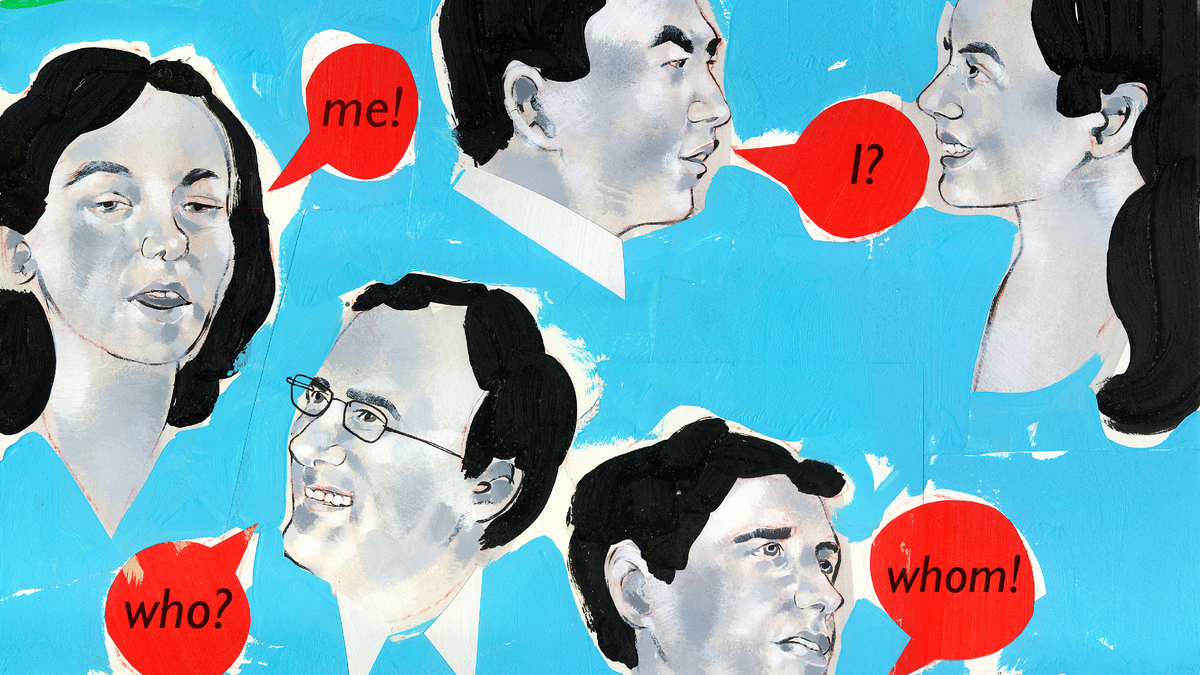 We asked for nominations for "most misused word or phrase," and they came pouring in. Weekend Edition listeners and NPR.org readers have many gripes about the grammar gaffes they see and hear every day.

From nearly 450 story comments, 500 emails and more than 900 Facebook posts we received in December, we identified 275 separate nominees. Here's a top 10 countdown of the most frequently mentioned:

Click Here To Jump To Our "I Or Me?" Quiz

10. Not answering "thank you" with "you're welcome." This one's probably more about etiquette than grammar. But responses such as "no problem," "sure" or "thank you" go against what many in the NPR audience say they were taught.

9. Saying someone "graduated college" instead of "graduated from college." A college graduates a student, not the other way around. The "from" makes a big difference.

8. The chronic misuse of "lay" and "lie." Remember: You lie on a bed; you lay your book on a bedside table. Also, sing "Lie Down Sally."

7. Referring to anything as "very unique." Either it's unique or it's not.

4. "Literally." We are ... tired of hearing that word, especially since the thing we say is "literally" happening often isn't. Are you literally starving or just hungry?

3. Using the word "impacted" as a synonym for "affected." Some uses just shouldn't wander over from the business world into everyday life, the audience says.

2. "So." Please, please stop starting sentences with that word!

1. "I" and "me" — the most-complained-about misuse. In an "NPR Grammar Hall of Shame," those little words would be the first entrants. We received more than 30 messages just about them. How many times a day do you hear someone say "she and me" instead of "she and I"? Or, even worse, "her and me"? It's as if Peter Pan's Lost Boys have taken over. (If you don't get that reference, listen to "I Won't Grow Up" and Wendy's failed attempts to get the lads to say "not I" instead of "not me.")

Sometimes, of course, it's not easy to choose correctly between "I" and "me." We've put together a five-question quiz. Leave a note in the comments thread about how you did or email us your result. The address is wordmatters@npr.org. You could also share your result on Twitter (#wordmatters) or Facebook. We'll talk about the "most misused words or phrases" in an upcoming "Word Matters" segment on Weekend Edition Saturday.

Click here to return to the top of this story.

Yes, we initially messed up on Question 3. We tested and tested and somehow still reversed the response. Just minutes after this page was posted, we fixed the quiz. We don't want to repeat the error here because that would give everyone the answer. Just between you and us, we're red-faced.