Accessibility links
Should Parental Connections Provide A Leg Up In College Admissions? Recent lawsuits have targeted affirmative action policies at Harvard and the University of North Carolina, but they also go after another admissions preference: letting in the children of alumni.

Should Parental Connections Provide A Leg Up In College Admissions?

Should Parental Connections Provide A Leg Up In College Admissions? 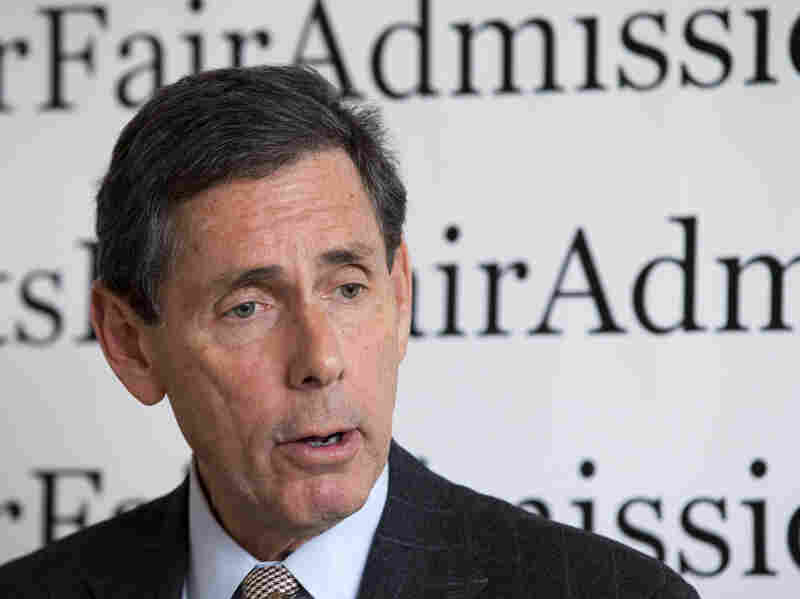 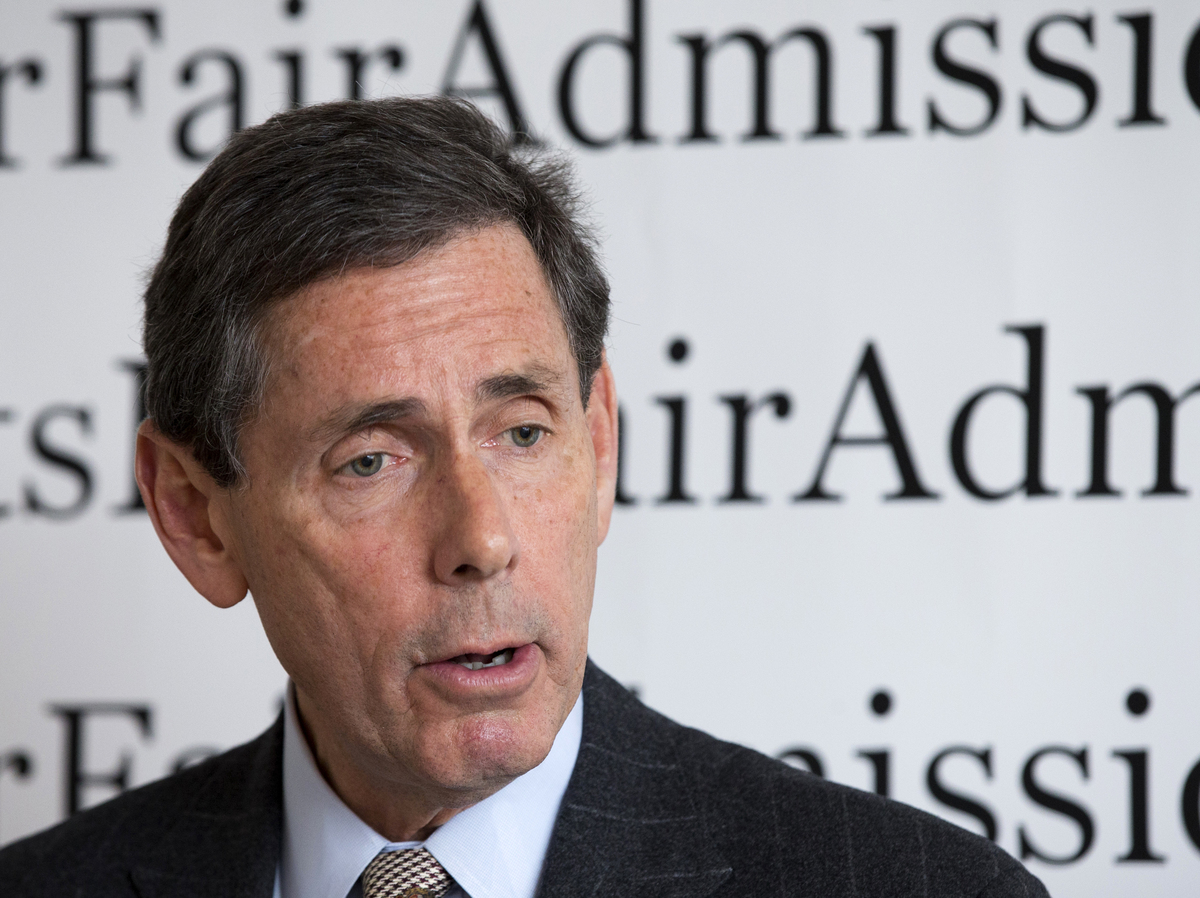 Edward Blum, director of the Project on Fair Representation, announced at a Nov. 17 news conference the filing of two lawsuits challenging admissions policies at Harvard and the University of North Carolina, Chapel Hill.

Imagine a democracy where the children of former public officials had a leg up for winning an elected office themselves — a 10,000-vote head start, perhaps, or a seat on the county council reserved especially for them.

Most Americans rightly would scoff at a system that so brazenly allocated rewards based on who your parents are. And yet most American colleges and universities do just that.

Hereditary privilege may seem like some feudal-era relic, but it survives in the form of legacy preferences — the admissions benefit that children of alumni enjoy at most American colleges and universities.

Surprisingly, the system has not been challenged much in court, although two recent federal lawsuits challenging affirmative action policies at Harvard and the University of North Carolina questioned the legality of those institutions' legacy preferences. (Both schools denied the allegations at the time, saying they were in full compliance with the law.)

Defenders of legacy admissions, including Ivy League university presidents past and present, argue that preferences serve to buttress tradition and community — and are crucial to maintaining endowments, because they give alumni a big incentive to donate. That money and those relationships, they argue, benefit all students, including — through the enhanced funding of scholarships and financial aid — those from lower-income backgrounds.

Supporters also insist that it doesn't benefit unqualified applicants; it's more a "thumb on the scale" when measuring two equally qualified candidates.

But it can be a pretty heavy thumb: One recent study revealed that an applicant's chance of admission to the country's most selective colleges went up by 45 percentage points if the applicant had a parent who attended the school.

And it's not hard to see who benefits. Richard Kahlenberg, a senior fellow at the progressive think tank the Century Foundation, writes that the preferences provide "affirmative action for students who are disproportionately white and wealthy."

Several studies have shown little evidence that legacy preferences boost alumni donations at participating institutions. Students from privileged backgrounds already benefit from a host of advantages derived from their family's wealth or connections; should they expect a thumb on the scale as well?