Accessibility links
'A Most Violent Year,' But A Film With Restraint J.C. Chandor makes provocative use of the imagery of violence to explore the life of a bad man who wants to seem good. 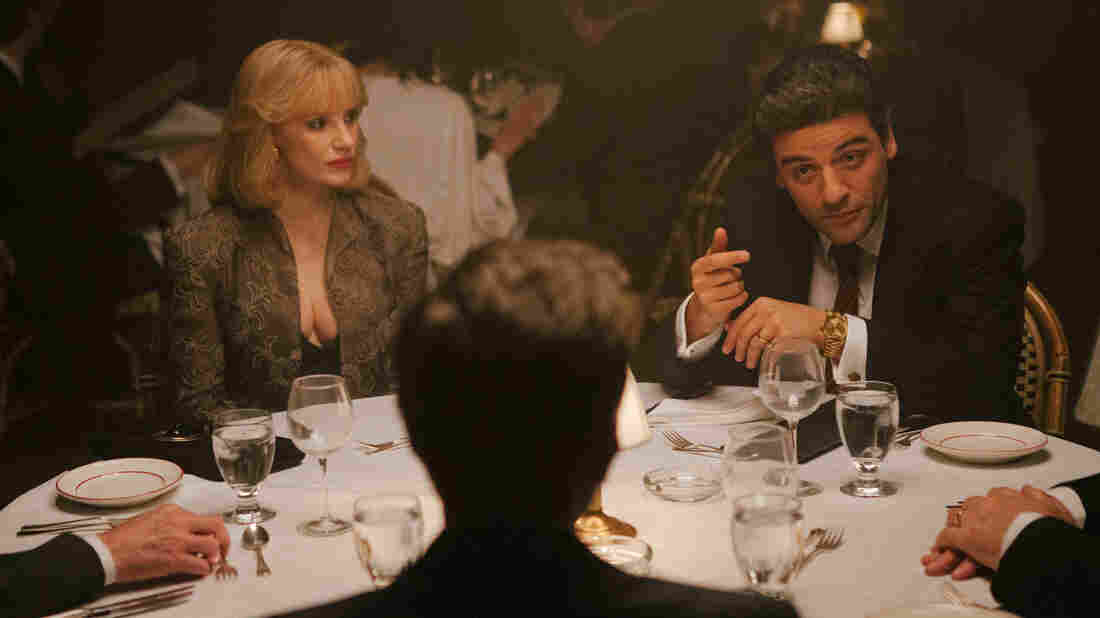 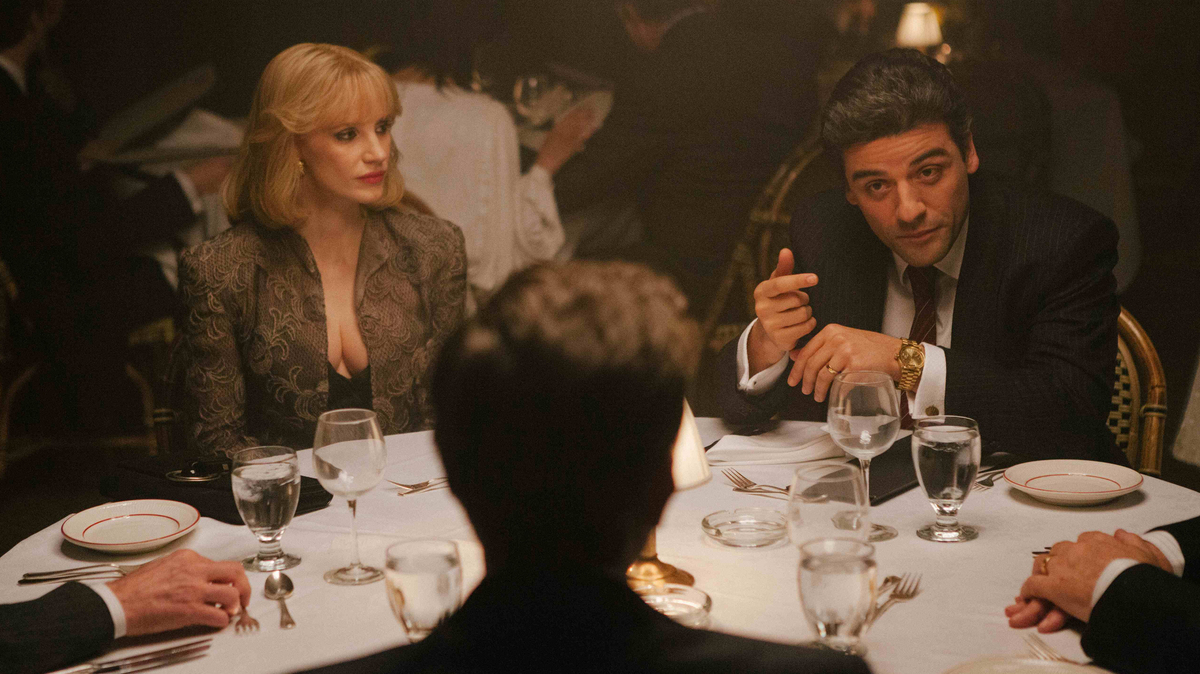 Jessica Chastain and Oscar Isaac in A Most Violent Year.

Abel Morales needs people to see him as a good guy. As the heating oil salesman in A Most Violent Year grows his mini-empire in 1981 New York City, he has several encounters with people he clearly despises — corporate rivals playing dirty, federal investigators, bankers denying loans — where he makes a point to "understand," "appreciate," or "respect the work that you do." He wants his enemies to feel the same way about him.

And writer-director J.C. Chandor, who also made the brilliant theatrical Wall Street thriller Margin Call and the survival tale All Is Lost, surrounds Abel with a movie that earns its respect.

Abel is played by a steely-eyed Oscar Isaac as the embodiment of the American dreamer, a confident businessman with a firm handshake who hides his immigrant background unless he thinks it might help him. But his quietly ruthless wife, Anna (Jessica Chastain, carrying a biting line delivery that makes everyone snap to attention), has used her criminal family connections to help the company along. Her presence undermines Abel's claims to "always take the path which is most right." The two race to scare up $1.5 million in time to secure a major property deal, and their tension — between the desire for respect and the need to get dirty — is what gives the film its pulse.

The beats of the movie, not to mention the winking title and the time period, make A Most Violent Year feel like it should be another bloody tale about the dark side of American greed. But Chandor is too smart to go down that path. In fact, the biggest laugh line is when Abel protests having to do business with his partner (Albert Brooks, channeling the elder-statesman qualities of his role in Drive) while walking outside, because it makes him feel like they're "gangsters." Abel is a bad man, but this isn't the antihero narrative where we watch the protagonist make a series of ethical compromises to stay on top. He knows which choices he is capable of making, and he makes them.

The way the film deals with violence is refreshing: The threat of brutality lingers on the precipice without ever making the movie itself brutal. Instead of running straight to guns when the going gets tough, Abel spends much of the movie fighting tooth and nail against an inevitable ratcheting up of weaponry. The head of the Teamsters union demands to arm his truck drivers after a rash of hijackings; Anna buys a purse handgun after an attempted attack on their home; their daughter finds the would-be assailant's loaded gun outside their front door and plays with it. Like the small girl, Chandor plays with our expectations for violence, toning down the actual gunplay and instead forcing us to consider the ramifications of each firearm introduced into such a volatile environment.

Chandor also displays a masterful technical control with two gripping chase sequences. In one, a jittery employee (Elyes Gabel) abandons his truck on a bridge and runs across the highway on foot, the camera gliding at a low angle as his feet smack on the pavement. And in the second, Abel follows a truck carrying his stolen cargo down train tracks and through a pitch-black tunnel, squinting because all he can see is the taillight of his hijacked vehicle. Chandor stages these scenes with patience: He uses long, lingering shots and a steady, driving rhythm to create urgency.

There's a bit of Paul Thomas Anderson's There Will Be Blood in A Most Violent Year, including that film's frustrating obliqueness. Why does Abel want to be the heating king? Because he does. 2014 was already A Most Stylish Year at the movies, filled with works like Goodbye to Language, Birdman and Under the Skin that did unconventional things with form and technique (3-D trickery, single-shot tracking, hidden-camera storytelling) because they could. Chandor and his ambiguous oil baron have ended the year with one final pump of fuel, cool and slick but origins unknown.