Accessibility links
Highlights From Winter Jazzfest 2014 For one weekend each January, the epicenter of the New York jazz community is a marathon two-night downtown festival. Hear from Donald Harrison, Gretchen Parlato, Hypnotic Brass Ensemble and more. 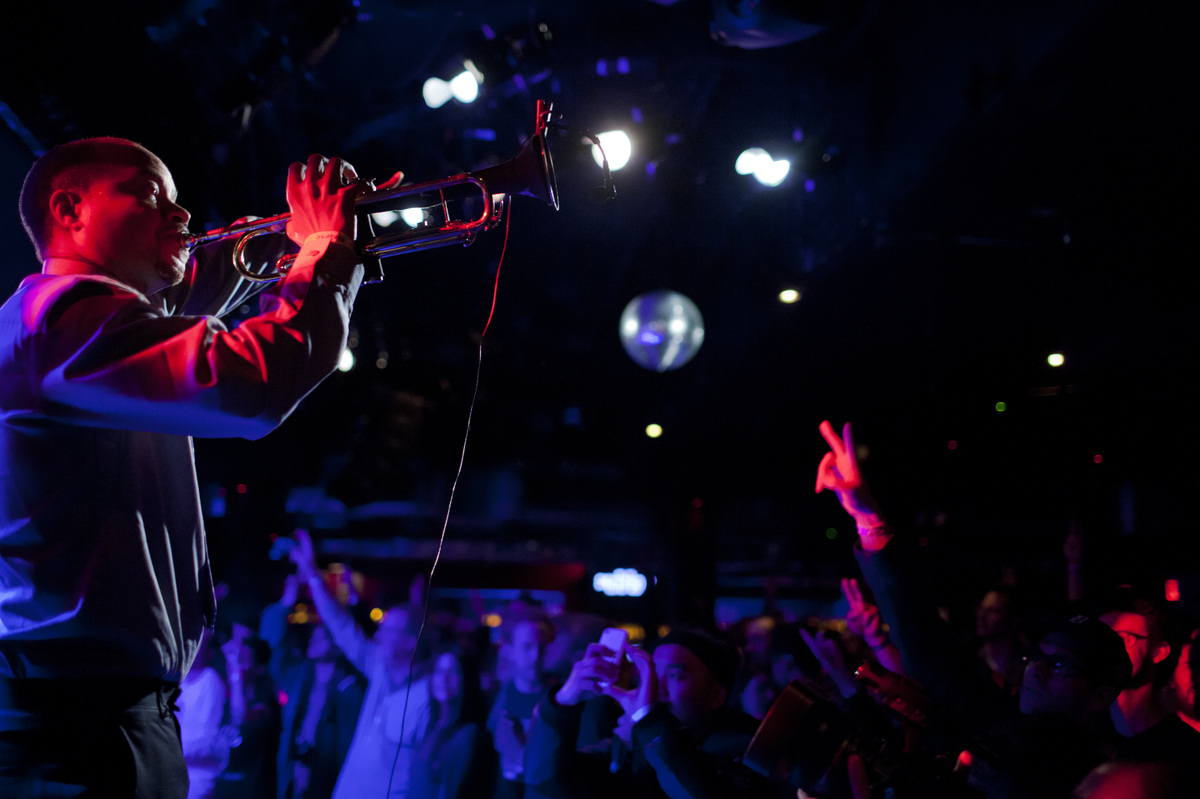 For one weekend each January, the epicenter of the New York jazz community is the Winter Jazzfest, a marathon where dozens of bands play a cluster of adjacent downtown venues over two frigid nights. At its peak, lines flow out the doors of clubs to see the famous and obscure alike, often presenting their newest projects for thousands of ticketholders.

On the eve of Winter Jazzfest 2015, Toast of the Nation presents highlights of the 2014 edition. NPR Music camped out at Le Poisson Rouge to capture drummer Rudy Royston's bandleading debut, the nouveau swing of Donald Harrison, a slimmed-down Jacob Fred Jazz Odyssey, a very pregnant Gretchen Parlato, and the horn corps of brothers known as Hypnotic Brass Ensemble.