Accessibility links
From Jail Cell To Studio: Drug Dealer Becomes Personal Trainer Coss Marte went from being a drug kingpin to a fitness entrepreneur. The New York City resident calls his exercise plan "prison style" because it is based on his prison workout routine. 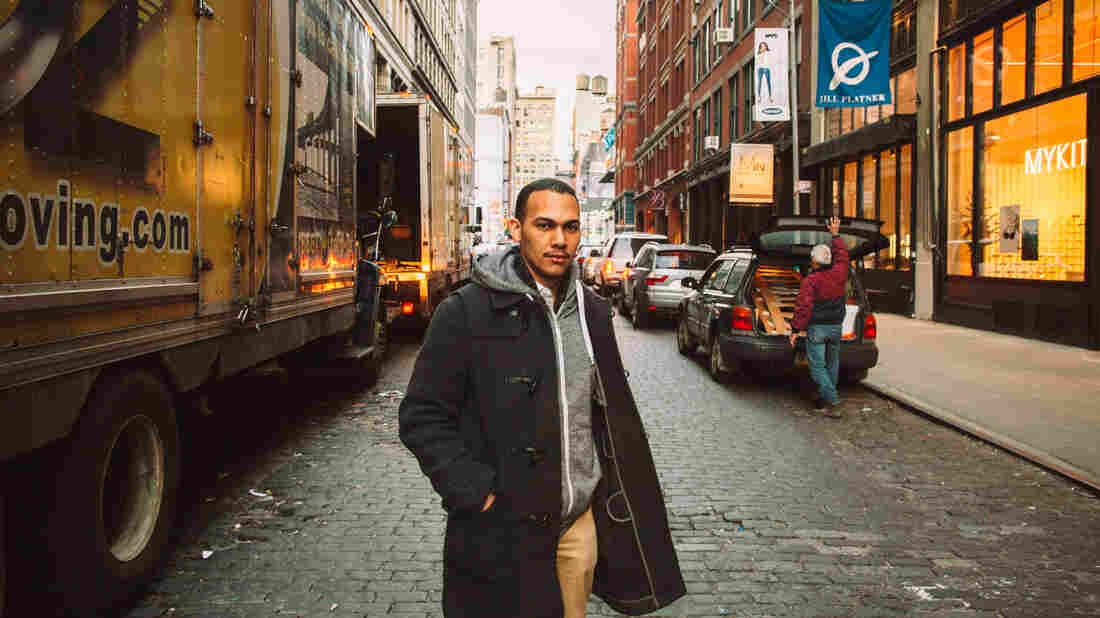 Coss Marte started selling drugs at age 13 and by 19, he says, he was making $2 million a year. After serving a prison sentence, he founded a "prison style" fitness boot camp. Justin Fennert/Courtesy of Behind the Stache hide caption

toggle caption
Justin Fennert/Courtesy of Behind the Stache 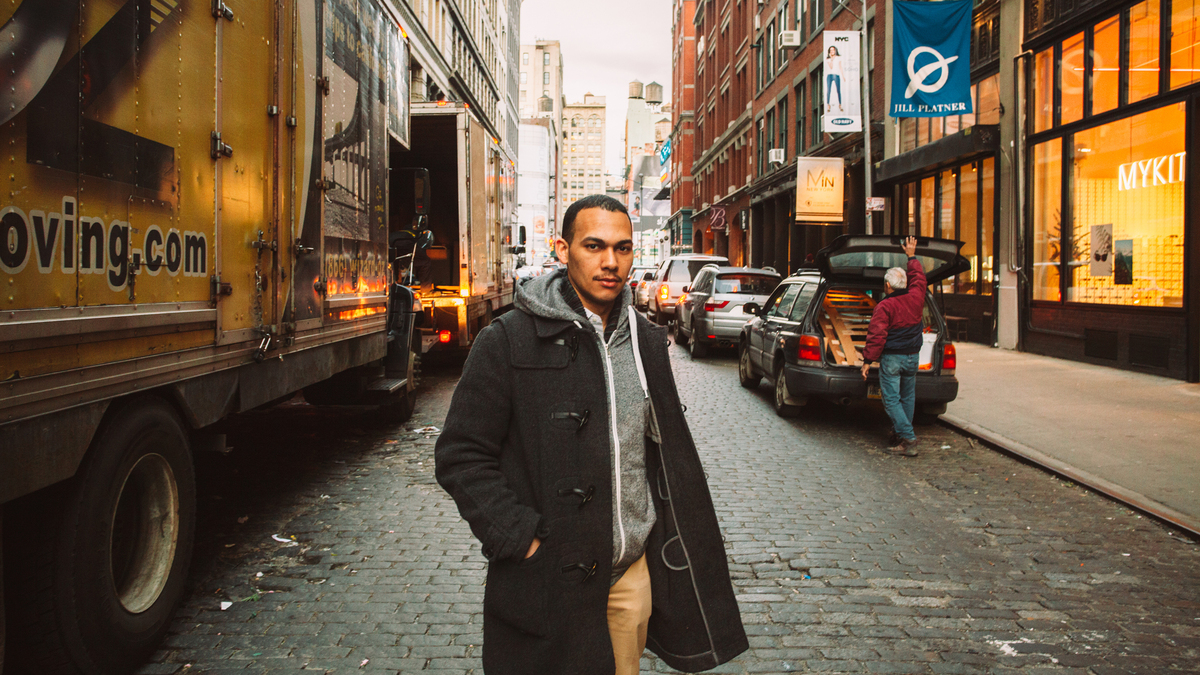 Coss Marte started selling drugs at age 13 and by 19, he says, he was making $2 million a year. After serving a prison sentence, he founded a "prison style" fitness boot camp.

Justin Fennert/Courtesy of Behind the Stache

This is part of a series of stories about starting over, profiling people who, by choice or circumstance, reinvented or transformed themselves.

When Coss Marte went to prison 10 years ago, he was faced with not one, but two big challenges: lose weight and discover a legitimate career upon release. Luckily for him, overcoming the first obstacle helped him find the answer to the other.

The 29-year-old former drug kingpin is helping others get into shape through his fitness company, Coss Athletics, which markets a "prison style" boot camp based on his prison workout routine. And at the same time, he's finally putting that business sense to good use. 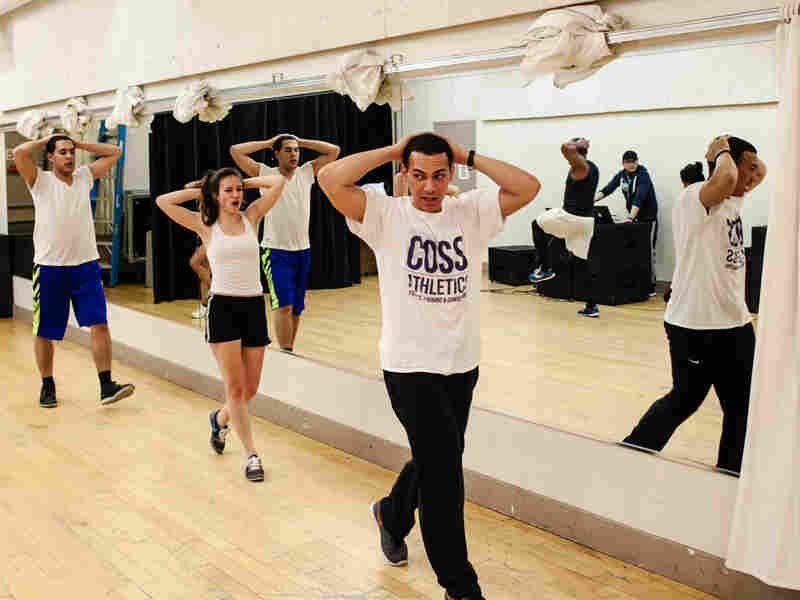 Coss Marte training in the studio. He now has about 400 clients, holds 14 classes a week and has two trainers working under him. Coss Athletics hide caption 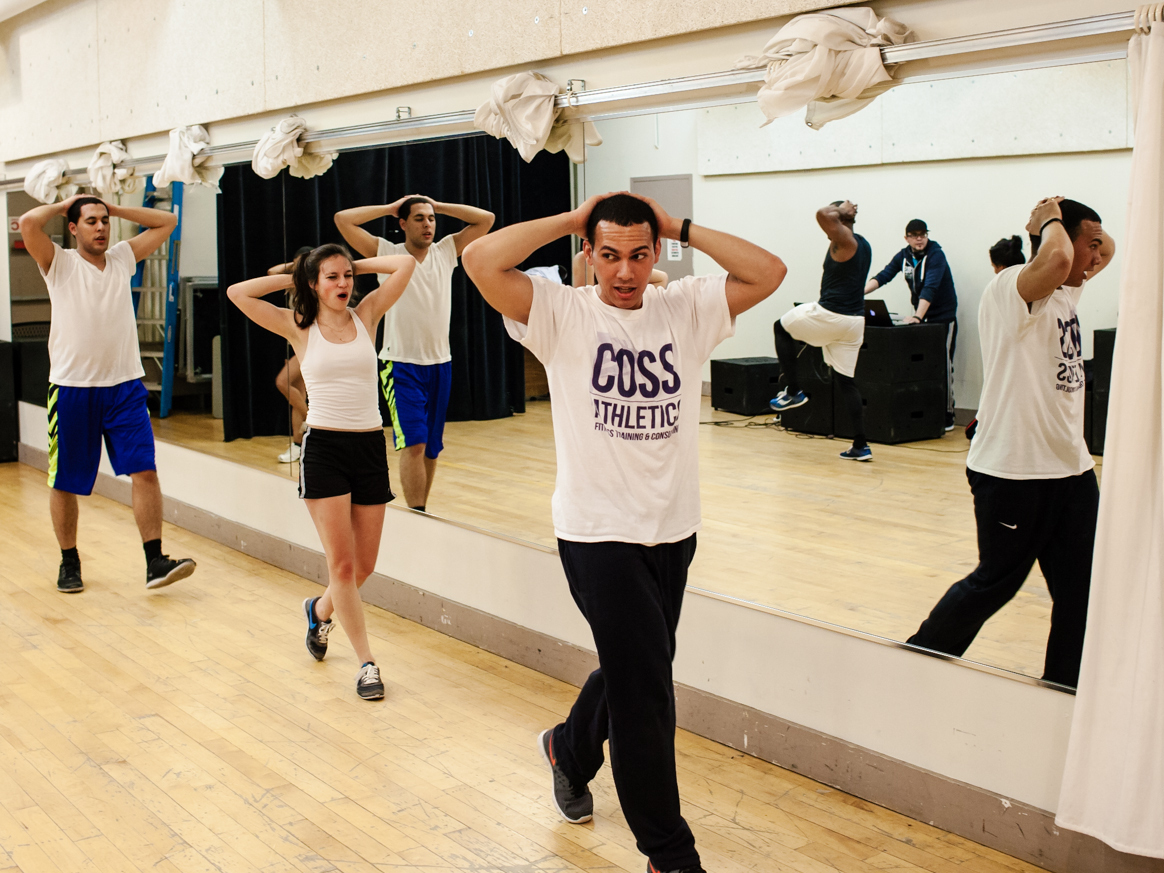 Coss Marte training in the studio. He now has about 400 clients, holds 14 classes a week and has two trainers working under him.

Marte grew up on Manhattan's Lower East Side, and he says his childhood was surrounded by drugs, crime and poverty. As a kid, he would often sell drugs from inside or outside the corner store.

"I used to just hustle right off the corner, right in the bodega, in front of the bodega, sit on a milk crate or sit right here [on] the stoop, and just, uh, sell drugs, like 24 hours a day," Marte says. "I was basically a land mine."

And by land mine, Marte means his drug business was booming. He says he started selling marijuana when he was 13. He later added cocaine and other drugs to his inventory, and by the age of 19, Marte says, he was making over $2 million a year. He says at times he brought in as much as $30,000 a day.

Marte says to him drugs weren't a big deal. It was just a job. But when he was 23, the law caught up with him. He was arrested and sentenced to seven years in prison.

He was overweight when he was locked up — at 5 feet, 8 inches tall he weighed over 230 pounds. Prison doctors, he says, gave him a grim prognosis — he might not live to be released.

"They said I had high blood pressure, high cholesterol levels," Marte says. "And they said if I don't start exercising and start eating correctly, that I could probably die in just like five years."

Marte didn't want to die behind bars, so he started working out.

"I created a series of workouts right in my jail cell that helped me lose over 70 pounds in six months," he says.

Marte's jail cell was tiny, about 9 feet by 6 feet. His workouts involved simple movements and relied solely on body weight.

Now that he's out of prison, Marte is still working out, only not alone.

He is the founder of Coss Athletics, an exercise program he markets as "prison style." He has about 400 clients, holds 14 classes a week and has two trainers working under him.

Molly Cohen, a Brooklyn resident in the class, says she is impressed with Marte's turnaround in life and his boot camp.

"It's a really hard workout, and it's really no frills," she says. "I like that it's just body weight."

Marte launched his business with the help of Defy Ventures. The nonprofit holds a business plan competition, much like the show Shark Tank, to help people with criminal backgrounds become successful, legal entrepreneurs. Jose Vasquez, a program manager with the organization, says Marte won about $10,000 to help transform his hustle.

Marte has no regrets about his previous life as a drug kingpin. He says it was a journey he had to go through to become the legitimate businessman he is today.