Accessibility links
First Listen: Anonymous 4, '1865' The beloved vocal quartet says goodbye with an all-American album that suits our troubled times. These Civil War and Reconstruction songs help us reflect on what divides us and binds us together. 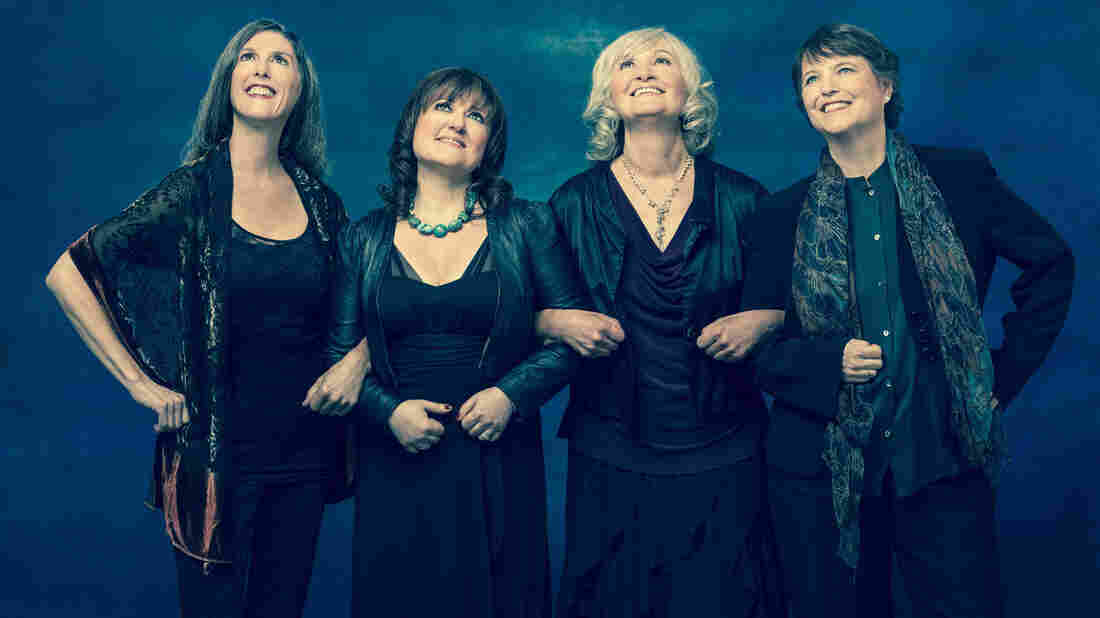 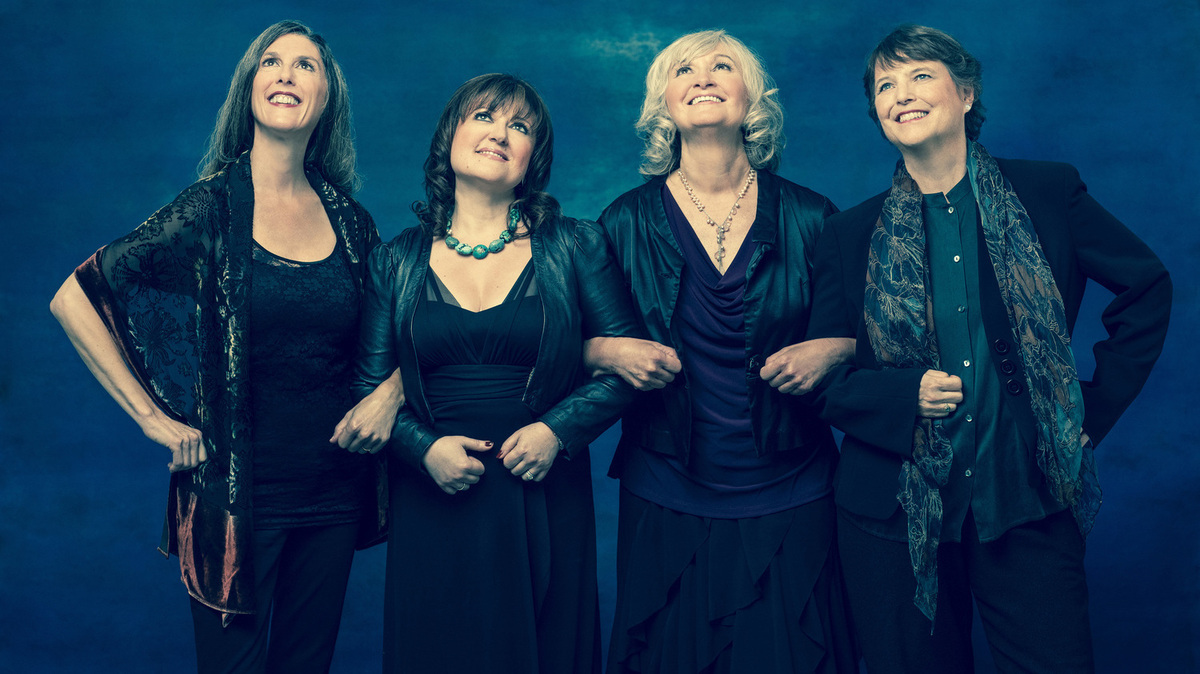 Dario Acosta/Courtesy of the artist

Four a cappella voices making divine music: This has been the heart of Anonymous 4's mission for nearly three decades. And as the group bids farewell this season, they're saying goodbye in a poignant way — with the release of an album that couldn't feel more timely. It commemorates the 150th anniversary of the end of the Civil War and the beginning of Reconstruction.

1865 — subtitled Songs of Hope and Home from the American Civil War — is the third release in what's become an Americana triptych from this quartet (less anonymously, Ruth Cunningham, Marsha Genensky, Susan Hellauer and Jacqueline Horner-Kwiatek). This time around, they're joined by an excellent old-time musician, Bruce Molsky, who sings and plays fiddle, banjo and guitar. It's an organic collaboration, but the combination also evokes a specific dynamic: women tending the homefront, men on the battlefield. And as in their two previous releases of American songs, American Angels and Gloryland, the singing is gorgeous, with deep, sweet feeling. By the time "Abide with Me" and "Shall We Gather at the River" roll around at the close of this album, it's quite possible you'll be sniffling.

One hundred and 50 years on, there are still a few songs whose tunes and ideas remain familiar, including Stephen Foster's "Hard Times Come Again No More," published in 1854, and Robert Lowry's 1864 "Shall We Gather at the River?" Another, the 1861 love song "Aura Lee," found new life in another context altogether, as the melody for one of Elvis Presley's biggest hits, "Love Me Tender." But some have largely receded from popular memory; if some of today's alt-folkies are looking for "new" material, there's plenty here.

It's nearly impossible to overstate how important singing was during the Civil War, not just for those waiting back home but to the fighting men as well. Songwriters raced to churn out thousands of new tunes and publishers created small booklets of lyrics, called "songsters," that soldiers and civilians could carry in their pockets. Some were abolitionist songs, some were Southern and in many, words were switched out to favor one side or the other.

But as Anonymous 4 mention in their liner notes, there are many wartime accounts of opposing soldiers, in their camps pitched across a battlefield or river from each other, trading songs back and forth in succession and even raising their voices together. In the present days of deep rifts and political enmities — hard times, to be sure — it's good to remember what has the power to bind us together.