Accessibility links
Mystic Rhythms: Rush's Neil Peart On The First Rock Drummer Peart is one of the world's greatest rock drummers, but his earliest influence comes from jazz. 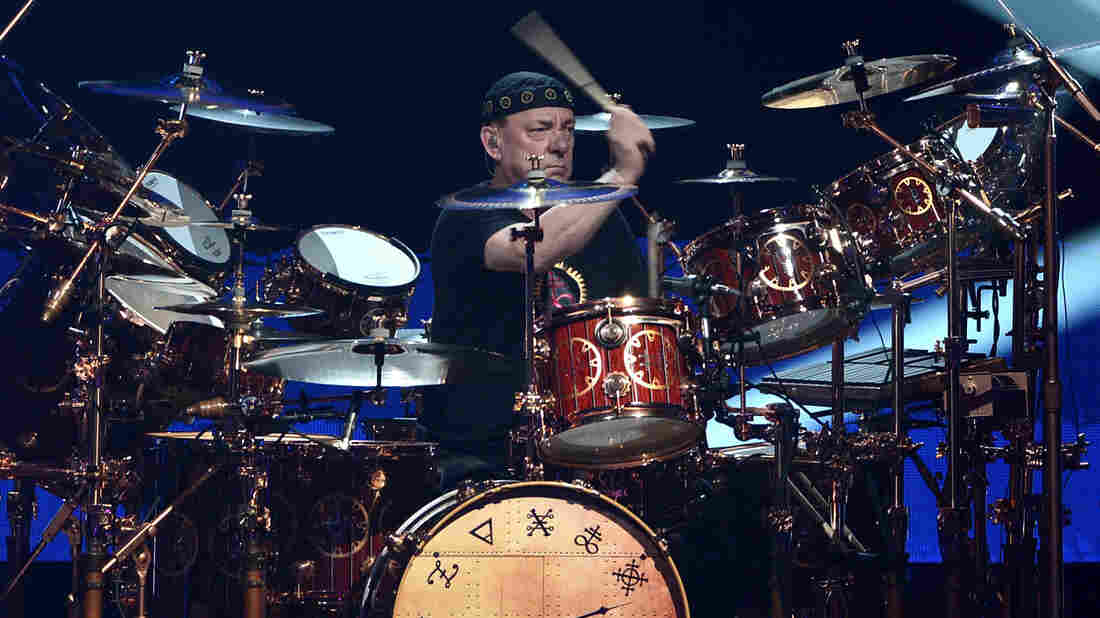 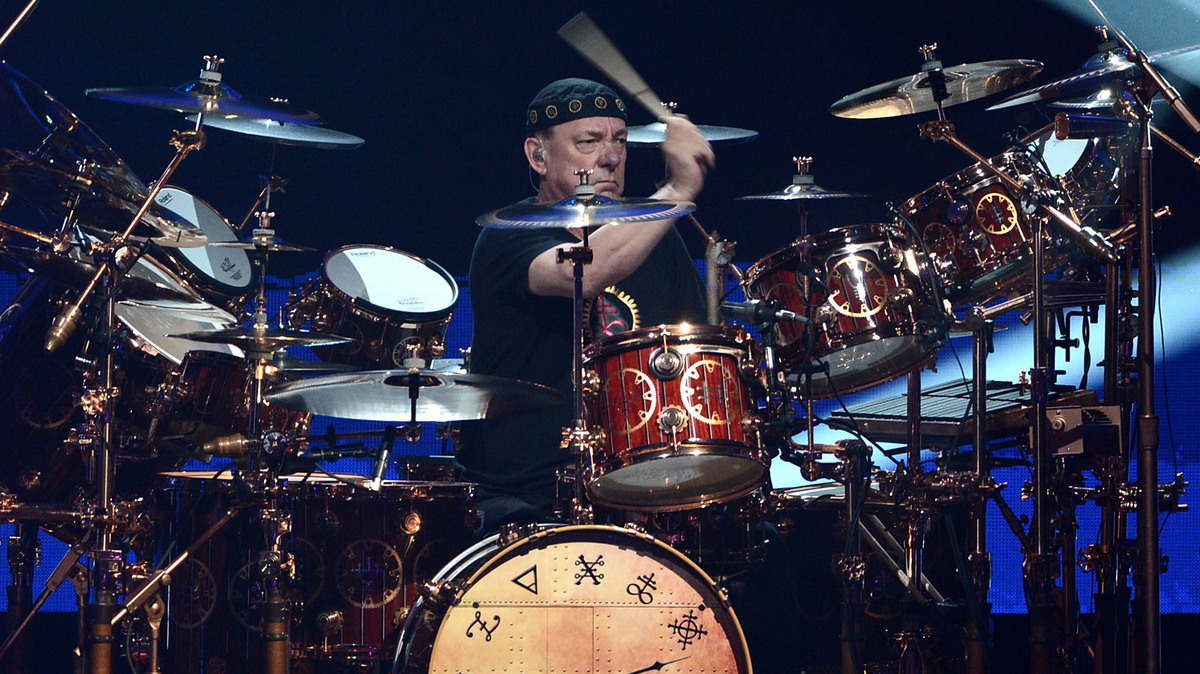 Rush's Neil Peart performs at the Rock And Roll Hall Of Fame Induction Ceremony in 2013.

All this week, Morning Edition is talking about drums and drummers. For the second installment in "Beat Week," Steve Inskeep spoke with Neil Peart about his early fascination with Gene Krupa and the demanding requirements of his playing.

When Rush's Neil Peart listens to "My Generation" by The Who, he doesn't hear the lyric or the harmony. His mind is focused on a single thing: the drums.

"I was driving down the length of California the other day with classic rock on and they played 'My Generation,' " Peart says. "I just kind of tuned into the Keith Moon snare sound and his figures and all that. Of course, I know every beat of it."

At 62, Peart has lived through and listened to a substantial slice of the history of modern drumming. He says he first wanted to become a drummer when he saw The Gene Krupa Story.

Peart says the drum set as an instrument is barely 100 years old.

"When Mr. Ludwig invented the bass-drum pedal, that's what made the drum set possible," Peart says. "Then, silent movies were a really important part of drum-set history. Typically, in a small movie theater, they might have a piano player and a drummer. Well, the drummer had to do all of the sound effects, and the drum sets they had were enormous."

Peart started out like most of us do: slamming drumsticks into the pillows of his childhood bedroom. In the '60s, his parents signed him up for lessons.

"Drumming completely eclipsed my life from age 13, when I started drum lessons," Peart says. "Everything disappeared. I'd done well in school up until that time. I was fairly adjusted socially up until that time. And I became completely monomania, obsessed all through my teens. Nothing else existed anymore."

Even back then, Peart was tuned into The Who's Keith Moon and other stars in what's considered a golden age of rock drumming.

"All of the sudden, the bar for what it took to be a rock drummer kept getting raised higher and higher," Peart says. "It was challenging and inspiring, and I was fortunate to not be the kind to get discouraged. I've heard the stories, like Eric Clapton said he wanted to burn his guitar when he heard Jimi Hendrix play. I never understood that, because when I went and saw a great drummer or heard one, all I wanted to do was practice."

Peart says that, for his first several decades on the drums, he could feel the difference if he took just a few days off. Only recently has he found that the drums are so much a part of him, he can sometimes take a break.

As Rush fans know, Peart is more than a drummer: He writes lyrics and he writes books. But when does pick up the sticks today, you can still see the intensity on his face. In the documentary Rush: Beyond The Lighted Stage, you can see the work of a craftsman in action. Peart says that his mom wonders why he doesn't smile, but jokes, "Mom, it's hard!"

"I tend to define it as grim determination, because it is very physical and painful," Peart says. "The exertion level is very much of an athlete level, so when I see myself, I see a stone face. But it is that kind of immersion. I'll be looking out in between the immersion; I might pop my head out of the water for a second like an alligator, and see people in the audience reacting or holding up a sign or whatever. And that does delight me because, in a larger sense, I'm very much an audience kind of person more than a performer."

Often, Peart says he dreams of being in the audience of his own Rush show.

"I'd love to observe what we're a part of," he says. "Our band has been together for 40 years, so I sense sometimes when magic is happening. And also, if I was in the audience, I wouldn't have to be working so hard."