Accessibility links
How Santería Seeped Into Latin Music Santería ceremonies are for calling out to the spiritual world, and that spiritual connection is made through music. Felix Contreras explores how some sacred beats made a secular crossover. 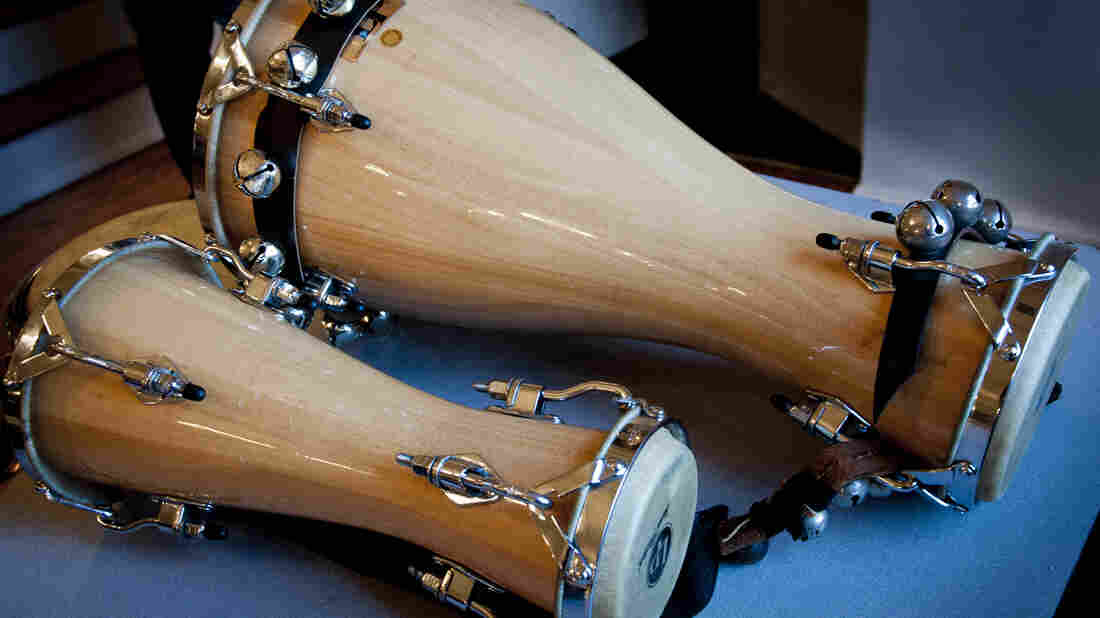 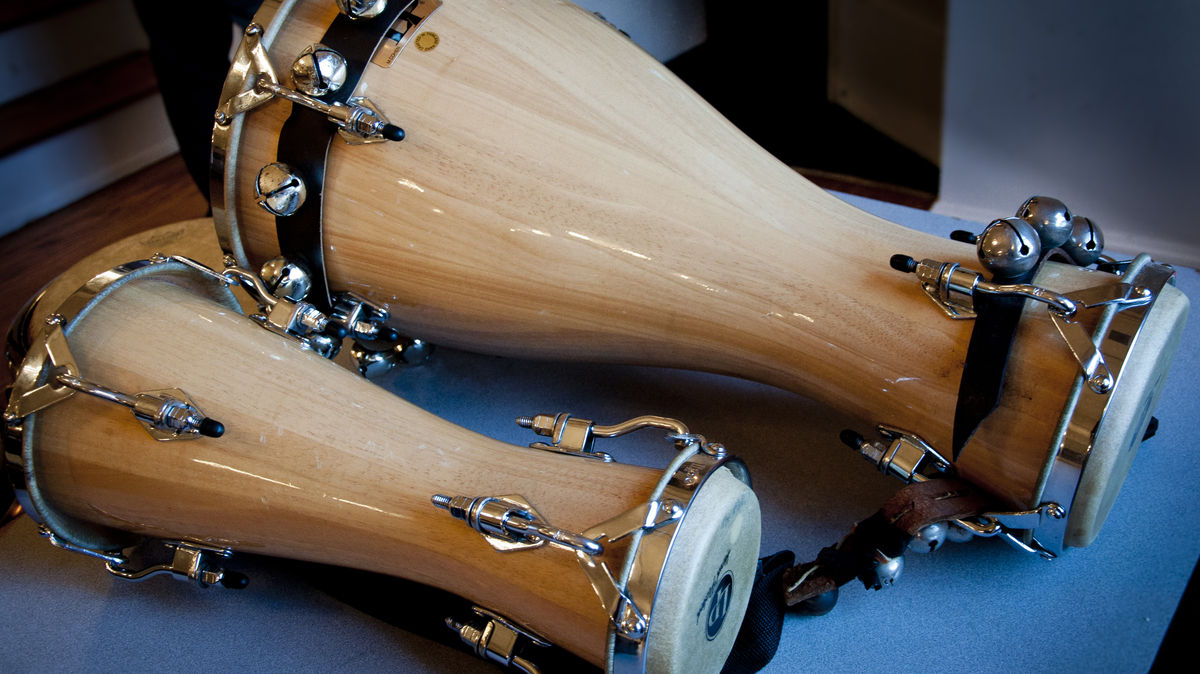 All this week, Morning Edition is talking about drums and drummers. The third installment in "Beat Week" explores the beats used in Afro-Cuban Santería ceremonies. Our guide is Felix Contreras, co-host of NPR's Alt.Latino podcast and an Afro-Cuban drummer himself. 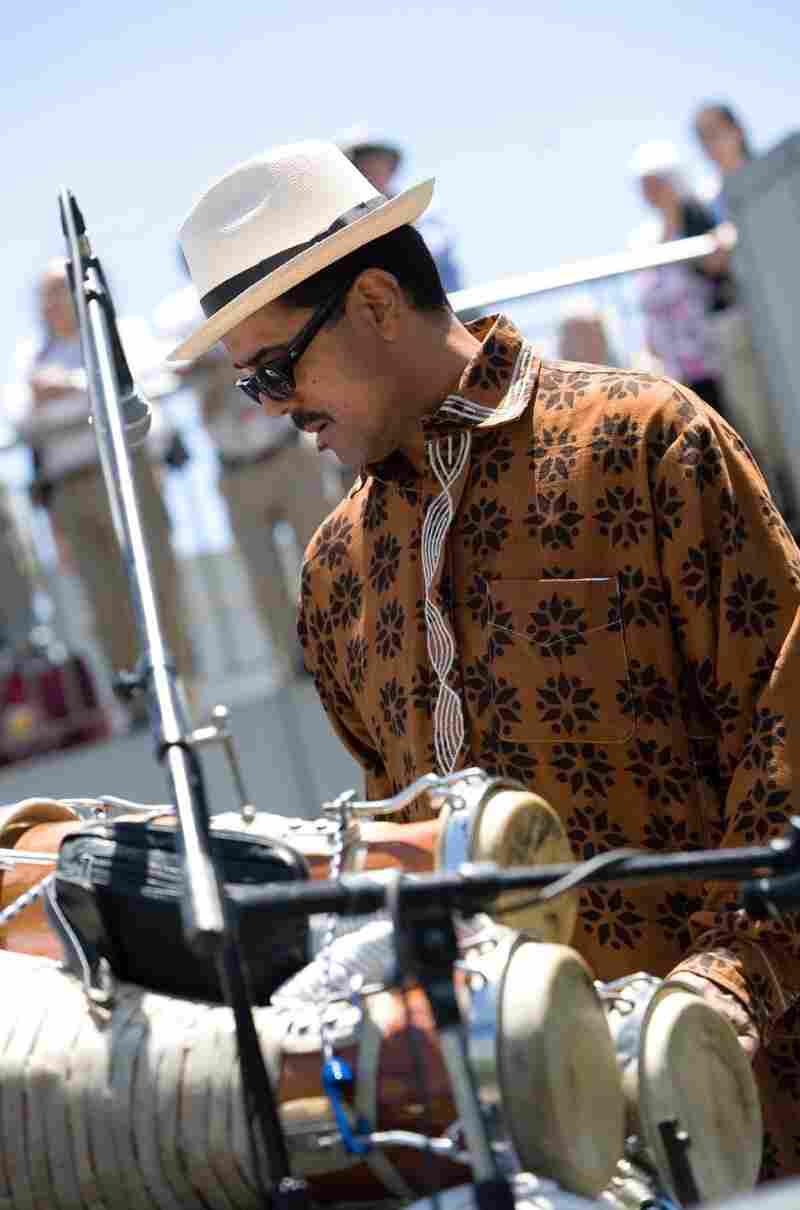 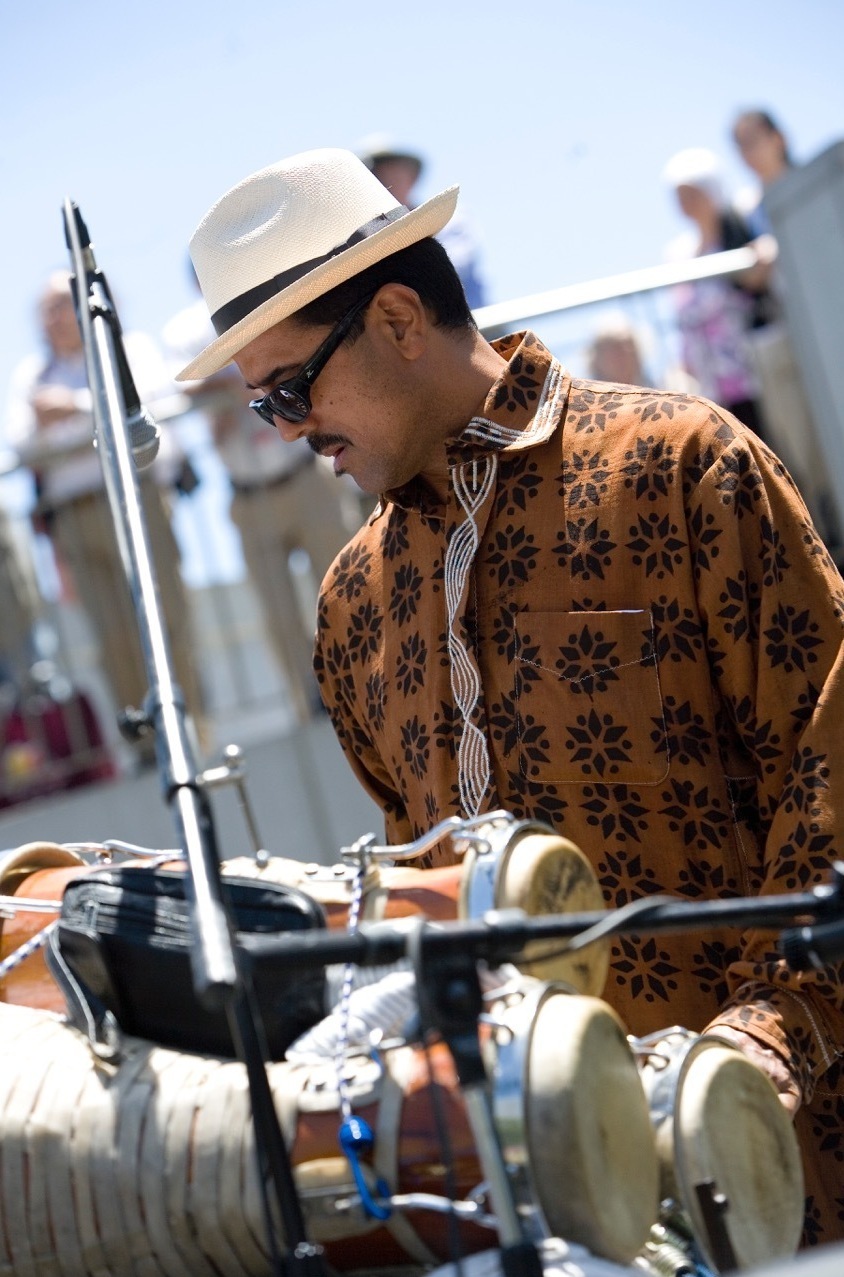 Note: This piece is better heard than read. For examples of the music and a drumming demonstration, listen at the audio link.

If you wanted to put it in extremely simple terms, you could call Santería a mashup of mythology from west and central Africa and Christianity. Santería ceremonies are for calling out to the spiritual world, and that spiritual connection is made through music.

At his home studio in Oakland, Calif., percussionist and bandleader John Santos sets up a trio of batá drums, the hourglass-shaped drums traditionally used in Santería ceremonies, and explains where their unique sound comes from.

"The Yoruba language is a tonal language," Santos says — that is, speaking a word with a different inflection can give it a different meaning. "So the drums are made to imitate the range of sounds, traditionally, of the voice of the person who commissions the drums to be made."

According to Santos, Santería rhythms came out of clandestine spiritual ceremonies and into Cuban society in the 1930s, when Cuban musicologists could no longer ignore the country's African heritage.

Guaguanco: The Rhythm That's A Way Of Living

The sacred and the secular have shared a place in Cuban music going back to the 19th century — and, in fact, sacred music with roots in west Africa informs a lot of Cuban popular music.

Santos says that for many practitioners of Santería and the musicians who draw on those traditions for inspiration, the intricate and subtle, interlocking rhythms, as well as the haunting and profound melodies of the chants and ceremonial music, reflect an emotional and musical power that remind us that there is something greater than ourselves.

"When you put them together, they create a weave of rhythm that is absolutely magical and irresistible," he says. "You cannot listen to that music and stay still. It's music that just moves you from the inside out."