Accessibility links
Congressional Republicans Take Another Swing At Obamacare The House passed a bill Thursday that would make a change in the Affordable Care Act. It would raise the law's definition of full-time work from 30 hours to 40 hours a week. 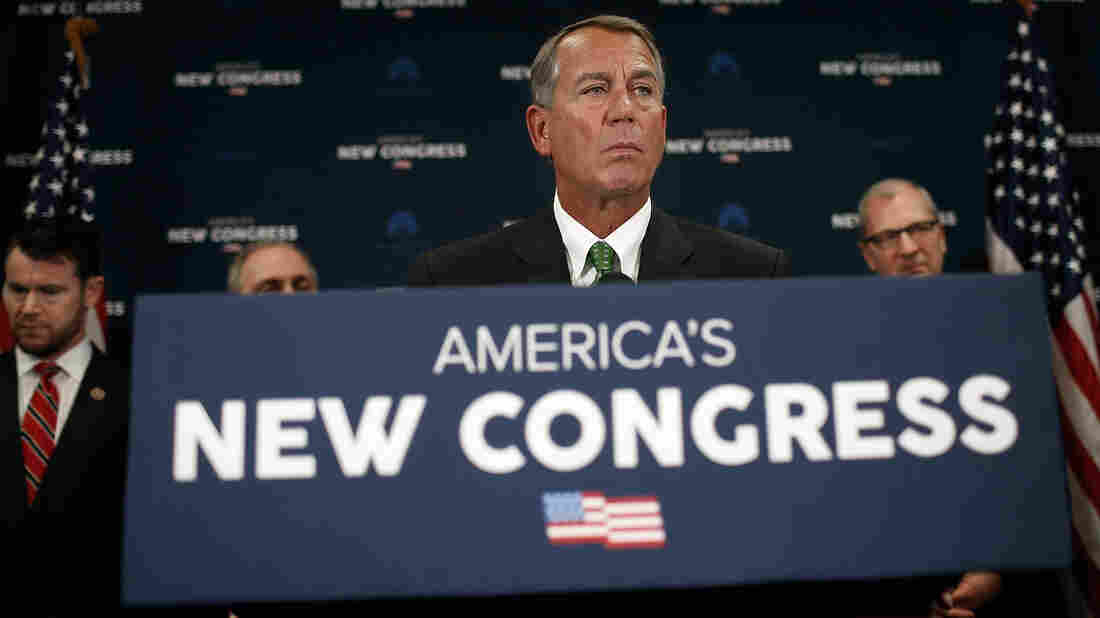 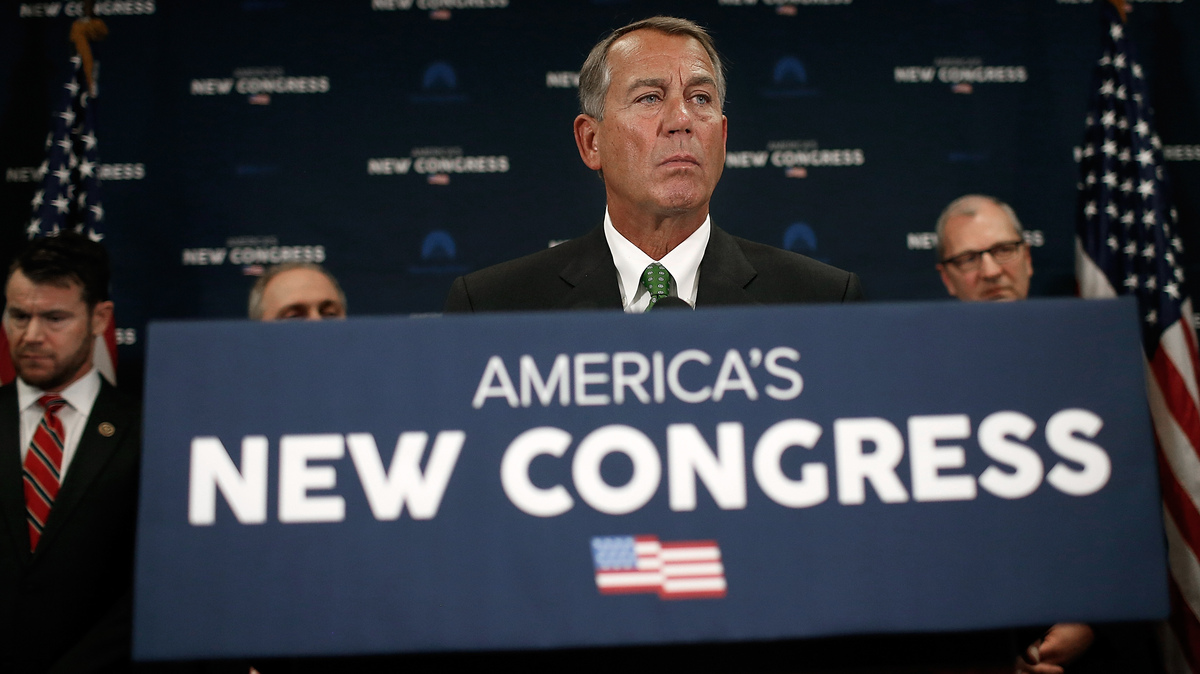 Update at 5 p.m. E.T.: The House of Representatives passed this legislation on Thursday afternoon. It now heads to the Senate.

Taking a swing at President Obama's biggest policy achievement, the Affordable Care Act, is at the top of the agenda for the new Republican Congressional majority.

On Thursday, the House will debate, and likely pass, a bill that would make a change in Obamacare. It would raise the law's definition of full-time work from 30 hours to 40 hours a week, reducing the number of workers to whom employers would have to offer health insurance.

The bill before the House Thursday already passed there during the last Congress. Republicans touted it as a way to prevent employers from capping workers' hours.

"By redefining a full-time employee as someone who works 30 or more hours a week, the Affordable Care Act has caused workers' hours to be reduced in vital industries across the nation," said Susan Brooks, R-Ind., when she argued for the change in Obamacare last year.

The argument is that by requiring companies to offer health insurance coverage to employees working 30 or more hours, the ACA creates an incentive for managers to reduce workers' hours to below 30 per week. That way, employers could avoid providing coverage or paying a fine.

The change to 40 hours a week has been supported by businesses, most prominently in the restaurant sector, says Joe Antos, a health policy expert at the American Enterprise Institute.

"Moving from 30 hours to 40 hours is something that businesses have supported," he says. "They'd like to see less intrusion in the way they handle their workforces."

Antos says moving the threshold to 40 hours a week is a minor change in the ACA that will affect only a small number of people. But Sherry Glied, dean of the School of Public Service at New York University, says the current 30-hour threshold was a good idea.

"The good thing about the 30-hour threshold is that hardly anybody works about 30 hours," she says. "Only about 2.5 percent of all workers in large firms work schedules that are between 30 and 34 hours."

How The Affordable Care Act Pays For Insurance Subsidies

By contrast, Glied says, if the threshold requiring employer sponsored coverage were raised to 40 hours a week, many more workers would be at risk of losing hours.

"Forty hours a week is kind of the standard amount of hours that people work," she says. "That's where the bulk of American employees are already working. So if you stick the threshold at 40 hours, it's much easier for employers, by just reducing hours by one, to move a lot of people below the threshold."

Antos counters that most 40-hour-a-week workers are already offered health insurance by their employers, "and are going to continue to offer employee health benefits," Antos says. "In other words, the rule doesn't really affect them."

But Glied's research finds that, if you count only workers who don't currently get health insurance through their employers, there would still be twice as many at risk of losing hours if the threshold is moved up to 40 hours. She says the facts suggest that describing this legislation as an effort to protect workers is a smoke screen.

"Employers don't like the employer mandate because some of them are going to wind up spending more money," Glied says. "That doesn't sell very well politically. So instead, people have latched onto this idea that it's going to cause big changes in hours, and that's probably just not going to happen."

Antos says he agrees with many Republicans that it would be much better to do away completely with the ACA requirement that businesses provide health coverage for their workers. But he says politics require the Republican leadership to satisfy their base quickly by pushing this change in the threshold for coverage.

The bill is likely to pass the House and go to the Senate, but the White House said on Tuesday that if the bill reaches President Obama's desk, he will veto it.