It's A Chump's Life In 'Amnesia'

It's A Chump's Life In 'Amnesia' 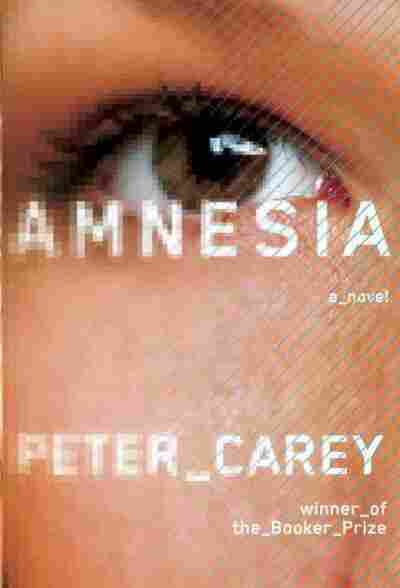 "I worked as a journalist in a country where the flow of information was controlled by three corporations. Their ability to manipulate the truth made the right to vote largely meaningless, but I was a journalist ... I was overweight and out of breath but I was proud to be sued, reviled, scorned, to be called a loser by the rewriters of press releases."

That's Felix Moore, the leftist Australian journalist and slumping, drunken mess of a hero at the center of Peter Carey's new novel, Amnesia. We find him at the start of things sitting in court, disgraced, on trial for inventing quotes.

But that isn't what this book is about.

Felix loses, because Felix is a man made to lose. In short order, he also loses his job, accidentally sets fire to his house, gets kicked out by his wife, and finds himself on the street with precisely enough cash for a cab ride and one night at a cheap motel.

But that's not what the book is about either. Not a man coming to terms with the personal failings that have led him to this sorry state and his slow, clawing path to redemption. That would've been trite. Worse, boring.

In the morning, we get to the meat of things. Namely the big and meaty persona of Woody Townes — an Aussie property developer, thug, millionaire, criminal and best friend and self-professed biggest fan of our man Felix.

Townes has a problem. It comes in the shape of Gaby Baillieux, who just as Felix was being read his sentence, was in a different courtroom, accused of a far different crime. Allegedly, she wrote and released a computer worm which infected the systems of thousands of jails and prisons in Australia and the United States and just opened all the doors.

Townes has bailed Gaby out of jail. He's worried that the Americans will extradite and execute her for espionage and computer crimes. So he wants Felix to write a book about her which will humanize and "Australianize" her, in order to swing public opinion in Gaby's favor. Felix, Townes insists, is perfect for this because he's famously leftist, famously anti-American and, now, famously fine with a certain ... looseness when it comes to facts.

Which will be handy because there are two complications:

2) Gaby is the daughter of Celine Baillieux, a notable actress with whom Felix has been infatuated since their days together as student revolutionaries, anti-war demonstrators and socialist political activists.

And that is the real story here. That's where Carey digs in and finds his traction. And that is where Amnesia finds its biggest strengths as a novel, and its oddest problems.

Woody Townes is a great, loud character whose mystery lives in where his motivations truly lie. And Felix? You just gotta love a chump who is fearlessly written as the flawed character he is, but who strives, despite his weaknesses, to do the only thing he knows how to do — tell the truth even when it gets him sued, fired, beaten up, kidnapped, exiled and manipulated by everyone else in Carey's strange menagerie of characters.

The book is seriously Australian, which is not a flaw, but can make it challenging for American audiences not familiar with the constitutional crisis of 1975, America's involvement with Australia during WWII, and the use of words like Woolloongabba and Lerderderg. Honestly, the book—with its heavy focus on birds and on the natural landscape—had moments that felt almost alien to me in their history and language, as though it was constantly sliding in the direction of a kind of magical realism but never quite landed.

What threw me even further was a sudden split between parts one and two, complete with viewpoint change. Amnesia opens with Felix as the narrator of his own story, deftly weaving together flashbacks, drunken blackouts and interior monologue with the action happening around him. His voice is casual, sometimes grim, but always self-deprecating and charmingly underdoggish.

But then, come part two, Carey makes a choice to pull back from Felix, to suddenly switch to a third-person narration as our man finds himself exiled, alone and in possession of nothing more of Gaby than a box of tapes and notebooks detailing her past. And that left me cold. Just at the point where I was becoming comfortable riding along in Felix's musty pocket, there comes this sudden distance.

And while I get that this was a deliberate choice to shift the story onto the scattered, tape-and-paper record of Gaby's life (since Felix, for his part, does very little in the middle third of the book but sit still, listen and think), it was still a jarring departure which left me wishing for more of the sucker's tale told so well at the start.