Accessibility links
Rescuers Recover The Tail Of Crashed AirAsia Plane It was not immediately clear whether the black box recorders were still inside the tail or had detached when the Airbus A320 plummeted into the Java Sea on Dec. 28., killing all 162 people on board. 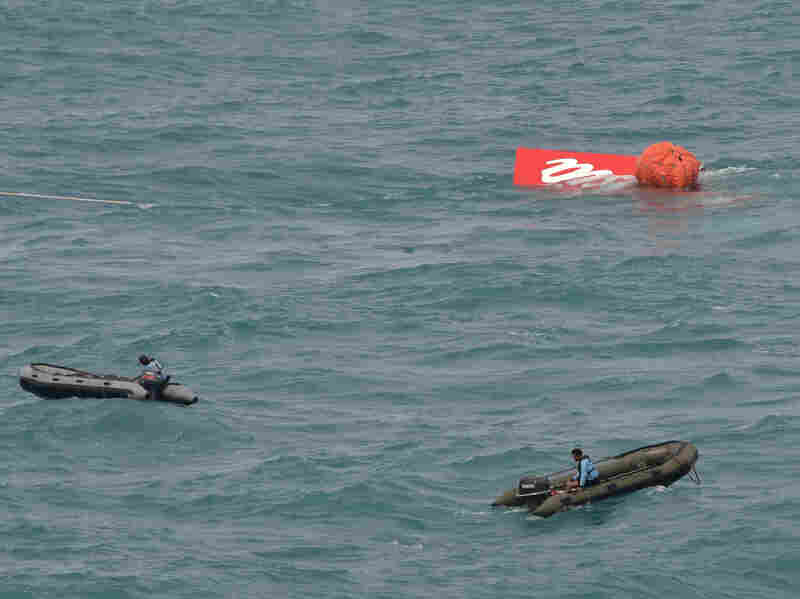 A portion of the tail of AirAsia Flight 8501 floats on the water as Indonesian navy divers conduct search operations for the black boxes of the crashed plane in the Java Sea on Saturday. Adek Berry/AP hide caption 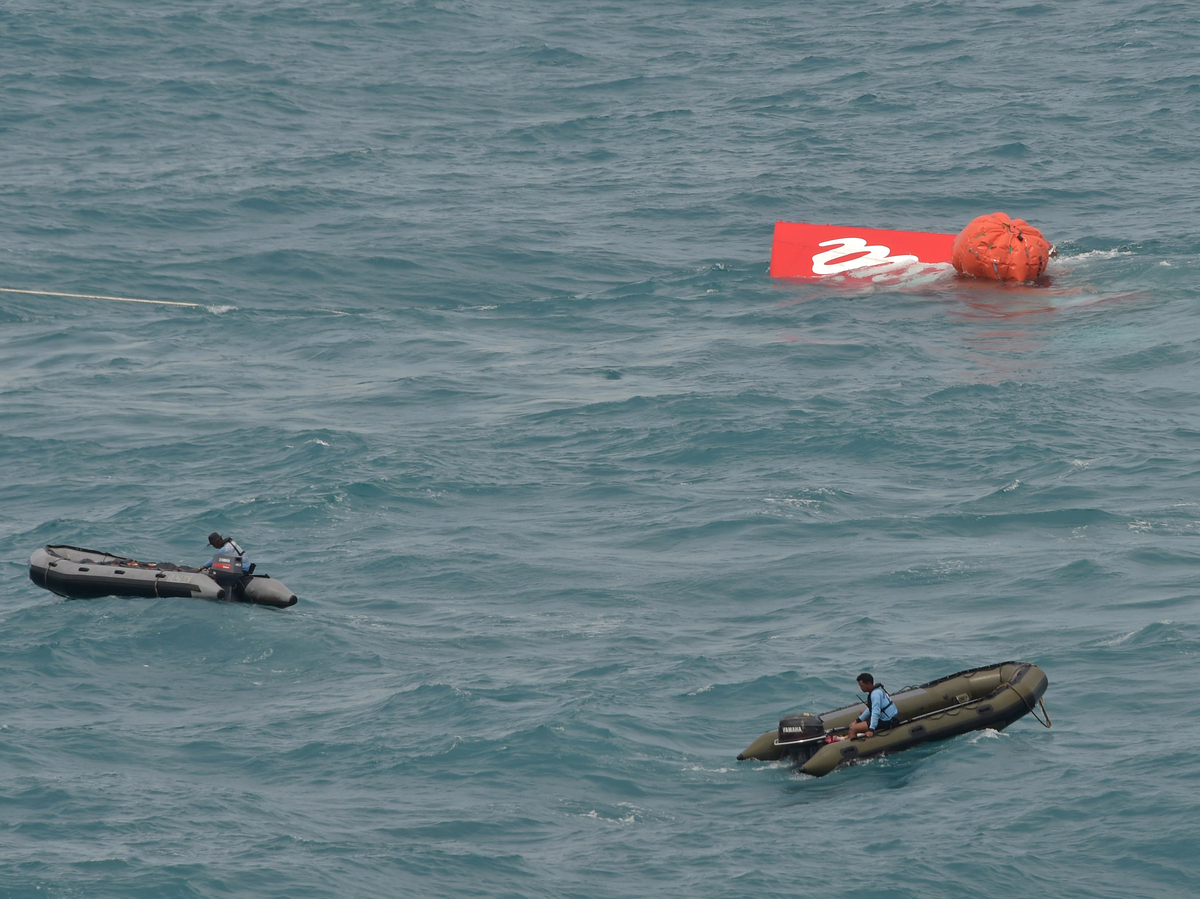 A portion of the tail of AirAsia Flight 8501 floats on the water as Indonesian navy divers conduct search operations for the black boxes of the crashed plane in the Java Sea on Saturday.

Investigators searching for the crashed AirAsia plane's black boxes lifted the tail portion of the jet out of the Java Sea on Saturday, two weeks after it went down, killing all 162 people on board.

It was not immediately clear whether the cockpit voice and flight data recorders were still inside the tail or had detached when the Airbus A320 plummeted into the sea Dec. 28. Their recovery is essential to finding out why it crashed.

The tail was hoisted from a depth of about 30 meters (100 feet) using inflatable bags that were attached to the rear of the aircraft and a crane to lift it onto a rescue ship.

Intermittent underwater ping-like sounds were picked up Friday about a kilometer (half a mile) from where the tail was located, but it was unclear whether they were coming from the recorders. It was possible the signals were coming from another source.

No metal was detected at the ping location, and Nurcahyo Utomo, a National Commission for Transportation Safety investigator, said the sounds could not be confirmed.

The discovery of the tail on the ocean floor earlier in the week was a major breakthrough in the slow-moving search that has been hampered by seasonal rains, choppy seas and blinding silt from river runoff. Officials were hopeful the black boxes from Flight 8501 were still inside the tail.

The last contact the pilots had with air traffic control, about halfway into their two-hour journey from Surabaya, Indonesia, to Singapore, indicated they were entering stormy weather. They asked to climb from 32,000 feet (9,753 meters) to 38,000 feet (11,582 meters) to avoid threatening clouds, but were denied permission because of heavy air traffic above them. Four minutes later, the plane dropped off the radar.

Four additional bodies were recovered Friday - two of them still strapped in their seats on the ocean floor - bringing the total to 48. Officials hope many of the remaining corpses will be found inside the fuselage, which has not yet been located by divers. Several large objects have been spotted in the area by sonar.

Meanwhile, Transportation Minister Ignasius Jonan cracked down on five airlines Friday, temporarily suspending 61 flights because they were flying routes on days without permits. Earlier, all AirAsia flights from Surabaya to Singapore were suspended after it was discovered that the low-cost carrier was not authorized to fly on Sundays.