Accessibility links
SpaceX Launches Rocket But Misses The Landing SpaceX pulled off another launch of supplies to the International Space Station on Saturday, but its revolutionary attempt to land the leftover booster on an ocean barge fared less well. 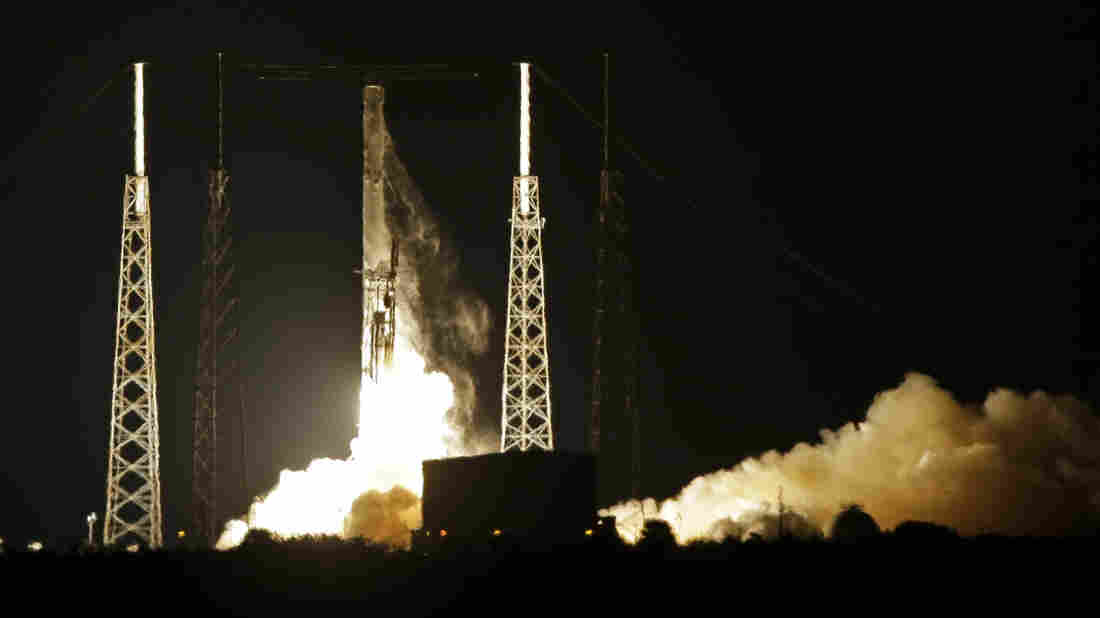 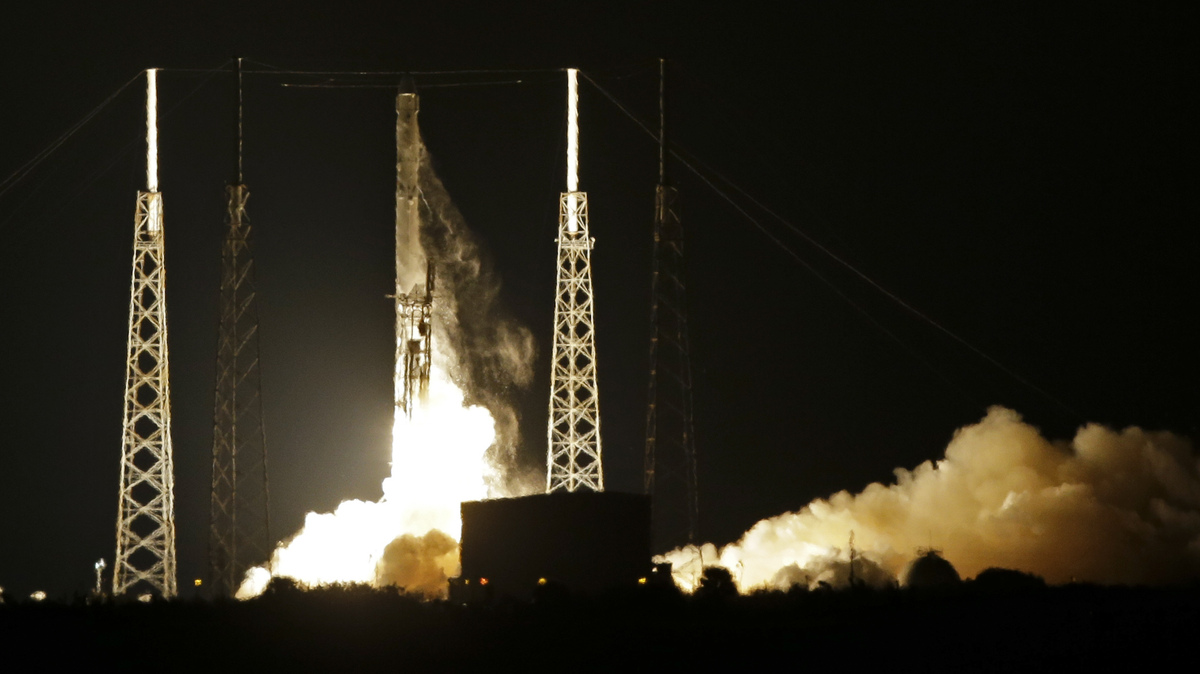 The Falcon 9 SpaceX rocket lifts off from Space Launch Complex 40 at the Cape Canaveral Air Force Station in Cape Canaveral, Fla., on Saturday.

SpaceX pulled off another launch of supplies to the International Space Station on Saturday, but its revolutionary attempt to land the leftover booster on an ocean barge fared less well.

The company's billionaire founder Elon Musk said the first-stage of the unmanned Falcon rocket made it to the platform floating a couple hundred miles off Florida's northeastern coast. But the booster came down too hard and broke apart, he said.

"Close, but no cigar this time," Musk said via Twitter. He said it bodes well for the future, though.

It was the first time anyone tried anything like this. Musk maintains that recovering and reusing rockets is essential for bringing down launch costs and speeding up operations.

The primary mission for SpaceX was delivering more than 5,000 pounds of supplies ordered up by NASA, including hasty replacements for experiments and equipment lost in the destruction of another company's cargo ship last fall, as well as extra groceries.

Without interfering with the delivery, Musk had fins for guidance and landing legs installed on the first stage of the rocket, and positioned a modified barge off the coast of Jacksonville. A ship with SpaceX staff watched from a safe 10 miles away as the booster approached the platform, marked with a giant X.

Musk reported that the platform itself - 300 feet by 100 feet, with wings stretching the width to 170 feet - was fine following the attempted touchdown. But he said some of the equipment on deck will need to be replaced. There ended up being no good video of the "landing/impact," he said in a tweet, noting it was "pitch dark and foggy" out in the ocean.

"Will piece it together from telemetry and ... actual pieces," he said.

In the weeks preceding the landing test, Musk had estimated there was a 50-50 chance, at best, that the Falcon's first-stage booster would land vertically on the platform.

Once separated from the upper stage of the rocket, the main booster re-ignited as planned for the flyback, according to SpaceX. Automatic engine firings maneuvered the booster down toward the autonomous, modified barge. The Air Force maintained the ability, as always, to destroy the booster if it strayed off course.

NASA watched the post-launch drama with keen interest, but its biggest focus was on the Dragon racing toward the space station and its six inhabitants. The capsule is due to arrive there Monday.

The shipment is needed more than usual because of the recent loss of another company's supply ship.

Orbital Sciences Corp.'s Antares rocket exploded seconds after liftoff in October, destroying the entire payload and damaging the Virginia launch complex. That rocket is grounded until next year.