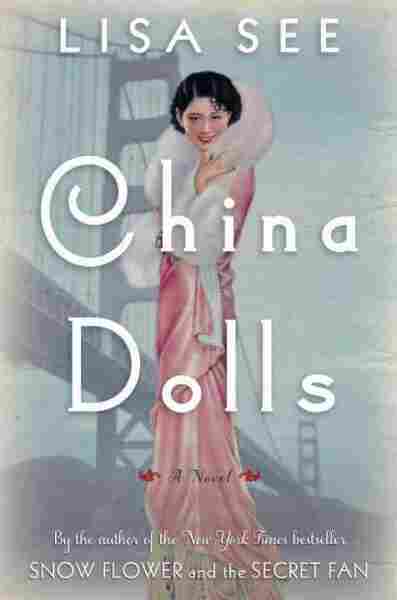 The "Chop Suey Circuit" was the name given to vaudeville shows that starred all-Asian casts, popular from the 1930s through to the 1960s. One of the most famous venues was the Forbidden City club in San Francisco — which serves as the setting for Lisa See's novel China Dolls.

The story centers around the lives of three young women — Grace Lee, Ruby Tom and Helen Fong — who form an unlikely friendship, and in the latest installment of our occasional series Weekend Reads, award-winning writer Jean Kwok tells Rachel Martin that China Dolls is about more than just friendship. "It's also a book about history, it includes World War II, the Japanese internment camps, and it's also a book about race ... it covers all of these different facets."

On what motivates the women

Helen comes from one of the most powerful families in Chinatown ... so she's had a very conservative Chinese upbringing. She knows exactly how it's supposed to be, even though a part of her rebels against that at the same time. And then Ruby, you know, Ruby's the sparkler of the bunch, she's rebellious, she's ambitious, she's ruthless, but she's honest, too. She's generous in her honesty. I love how Ruby describes herself, you know, in her own words, she says, "I didn't have a lot of talent, but I had plenty of 'ba-zing.'"

On the book's treatment of racism and anti-Japanese sentiment

What Lisa See does is, she makes Ruby actually Japanese, so Ruby is passing as Chinese and pretending to be Chinese, but she's actually Japanese. And so you immediately have conflict, because Helen, the conservative, affluent one, has reason to hate the Japanese, especially after their invasion of China. And because Ruby is Japanese and her family gets embroiled in the politics of that time ... that gives us a reason to follow the story into that very difficult world as well, so, you know, through the book we can kind of see the scars of war, on Asians and non-Asians alike.

Something else I think Lisa See does really well is that she shows racism throughout the book in large and small ways, so there are also so many little details, like when Grace first arrives in San Francisco, and she's at a job interview ... and her interviewer says to her, "you've got a big problem. Your gams are good, your contours and promontories are in the right places. You've got a face that could crush a lily — but your accent! ... You don't have one! You've got to stop talking all perfect. You need to do the ching-chong thing." And I thought that was just so funny and so heartbreaking at the same time.