Accessibility links
Supreme Court Sees The Signs — But Can They Stay? The U.S. Supreme Court hears arguments Monday in a case that looks at how municipal governments may regulate where and when signs are posted. 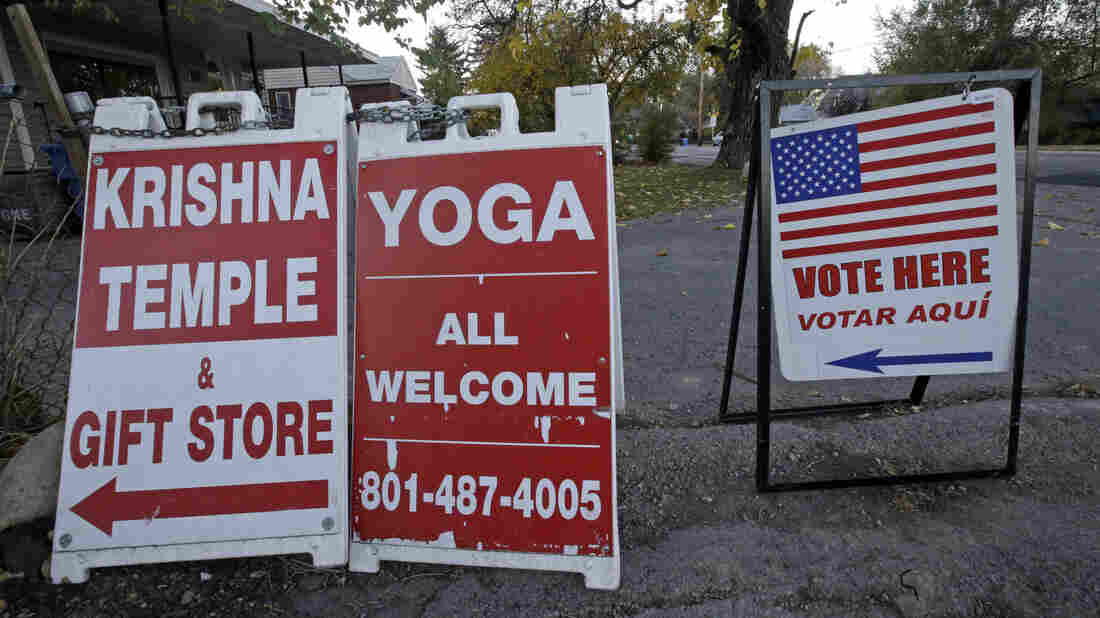 The U.S. Supreme Court hears arguments Monday in a case that looks at how municipal governments may regulate where and when signs are posted. Rick Bowmer/AP hide caption 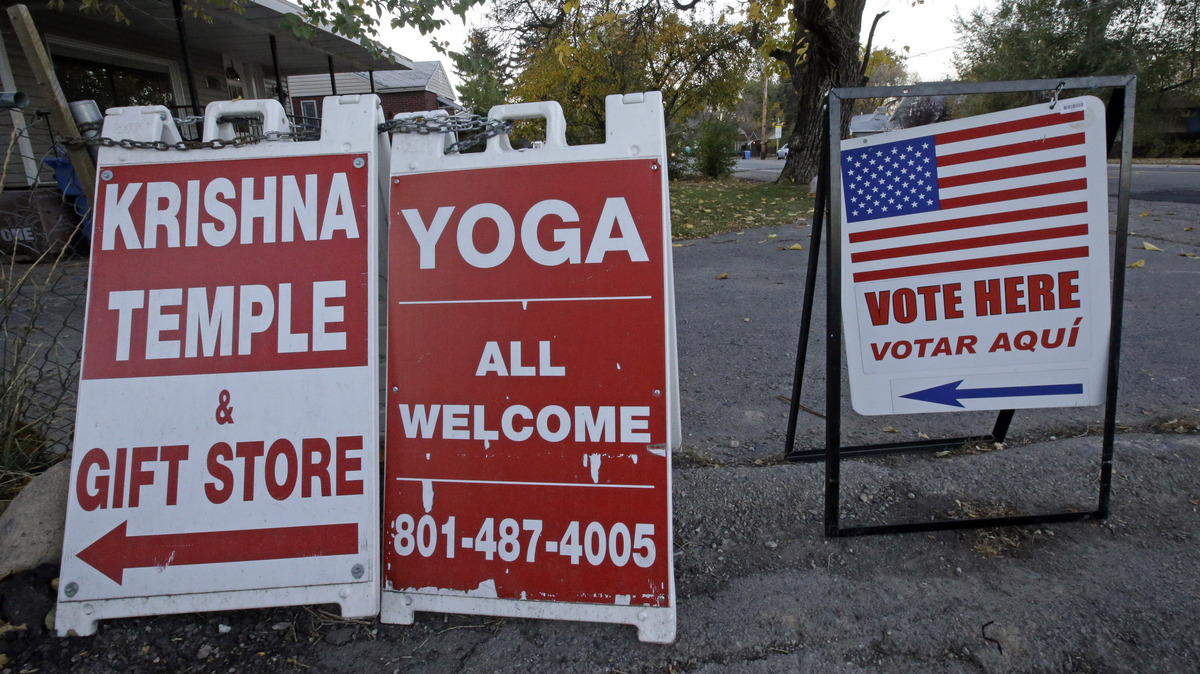 The U.S. Supreme Court hears arguments Monday in a case that looks at how municipal governments may regulate where and when signs are posted.

The U.S. Supreme Court hears arguments Monday in a case of enormous importance to the nation's sign-lovers and to cities and towns all over the country.

The case pits a small religious group against the suburban town of Gilbert, Ariz. At issue is how municipal governments may regulate where and when signs are posted.

Sign regulation is a thorn in the side of local governments. They get sued over these rules all the time, and the lower courts are divided over what constitutional standard to use in evaluating these regulations. Monday's case gives the Supreme Court the opportunity to resolve that question.

Local governments across the country view the case as "one of the most important" to come before the court, according to William Brinton, an authority on sign regulation for local governments who filed a brief in this case on behalf of a large number of municipal government organizations.

"In your own neighborhood, if you were to drive down the street and be faced with all sorts of sign clutter, it would be distracting, it would be ugly, it would probably degrade property values," Brinton says. "So almost all communities across the country have some sort of sign regulations where they try to protect those interests."

For seven years, Pastor Clyde Reed and his tiny congregation of 25 to 30 people have been battling the Gilbert town fathers over the signs the pastor posts directing people to weekly services at his Good News Community Church. The church has no permanent home, so it moves around a good deal.

The town maintains that the signs fall into the category of temporary directional signs for events. Such directional event signs are limited to 6 square feet and can be posted just 12 hours before the event and must be removed afterward. Pastor Reed counters that since other noncommercial signs — political signs or ideological signs — can be bigger and stay up longer, the town is discriminating against him and violating his free speech rights.

Reed's lawyer, David Cortman of the Alliance Defending Freedom, will tell the Supreme Court on Monday that the town of Gilbert, by dividing regulations for noncommercial signs into categories — political, ideological and directional event signs — is regulating speech based on its content. And that, Cortman says, is prohibited by the Constitution.

For example: Is Pastor Reed's Sunday church service sign just a directional sign? During the course of this litigation, the words on the signs were changed to invite people to church services, not just direct them there.

Not so, says the town's lawyer, Philip Savrin.

"Its not about religious speech," Savrin says. "There is one rule for everybody, and if you want to have a directional sign to an event, the same rule applies."

Cortman contends that the only constitutional solution is for the town to make the sign rules apply uniformly to everyone, and he says there are plenty of ways to do that and protect the local community from clutter and traffic safety problems.

He contends that cities and towns could limit signs on a first-come, first-served basis, limit the total number of signs, limit them to three per block, or limit the duration of all signs to, for example, 60 days.

"You can be as creative as you can be, as long as you're not looking at what the sign says to make those distinctions," he says.

But any regulation based on the purpose of the sign would violate the Constitution, he says, and he will urge the Supreme Court to set a standard requiring the strictest scrutiny of sign regulations. Lawyers for municipalities say if that standard is applied, sign regulations will fail because, as lawyer Savrin puts it, "It's not one-size-fits-all when it comes to signs."

Savrin will urge the justices to adopt a standard that allows for some leeway in regulating signs.

"There really needs to be some flexibility built into it so that you're looking to see whether the government is suppressing or favoring certain ideas or certain types of speech," he says. Because, he says, that's "what the First Amendment is intended to guard against."

Any standard stricter than that, he maintains, will make it practically impossible to regulate signs in a rational way.

A decision is expected by summer.

The audio of this story, as did a previous Web version, describes the limit on the size of directional event signs in Gilbert, Ariz., as 6 feet square. In fact, it's 6 square feet.