Accessibility links
New York City ID Could Open Up Doors — And Privacy Concerns New York City launched the largest municipal ID program in the country on Monday. All New Yorkers age 14 and older may apply, regardless of immigration status. 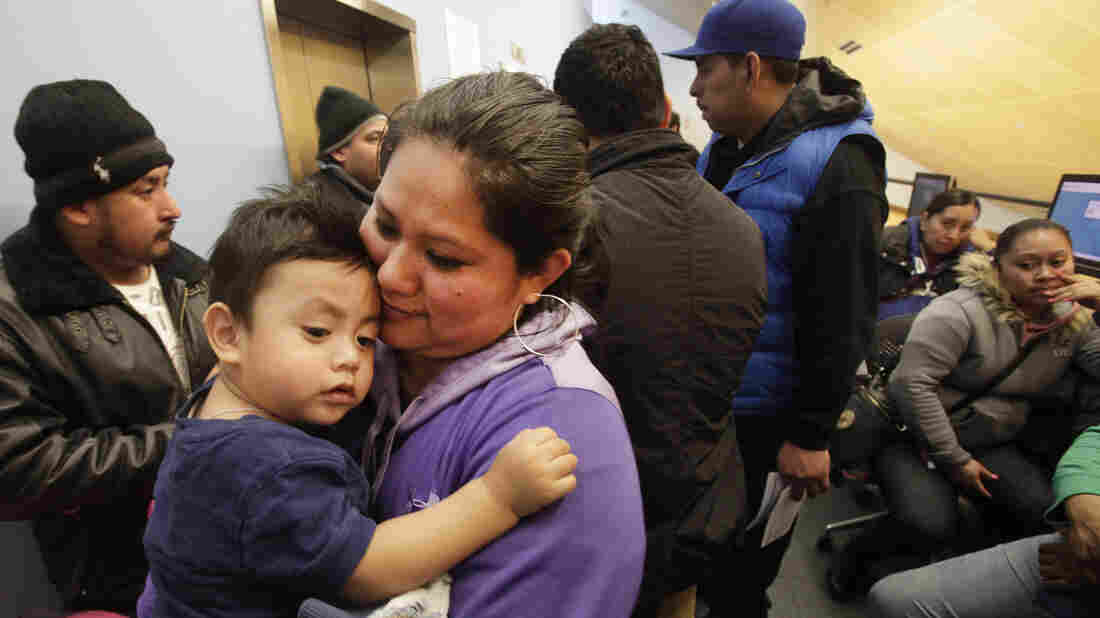 Veronica Ramirez holds her 15-month-old son, Lora, as she waits in line Monday to apply for a new municipal identification card at the Bronx Library Center in New York. Mark Lennihan/AP hide caption 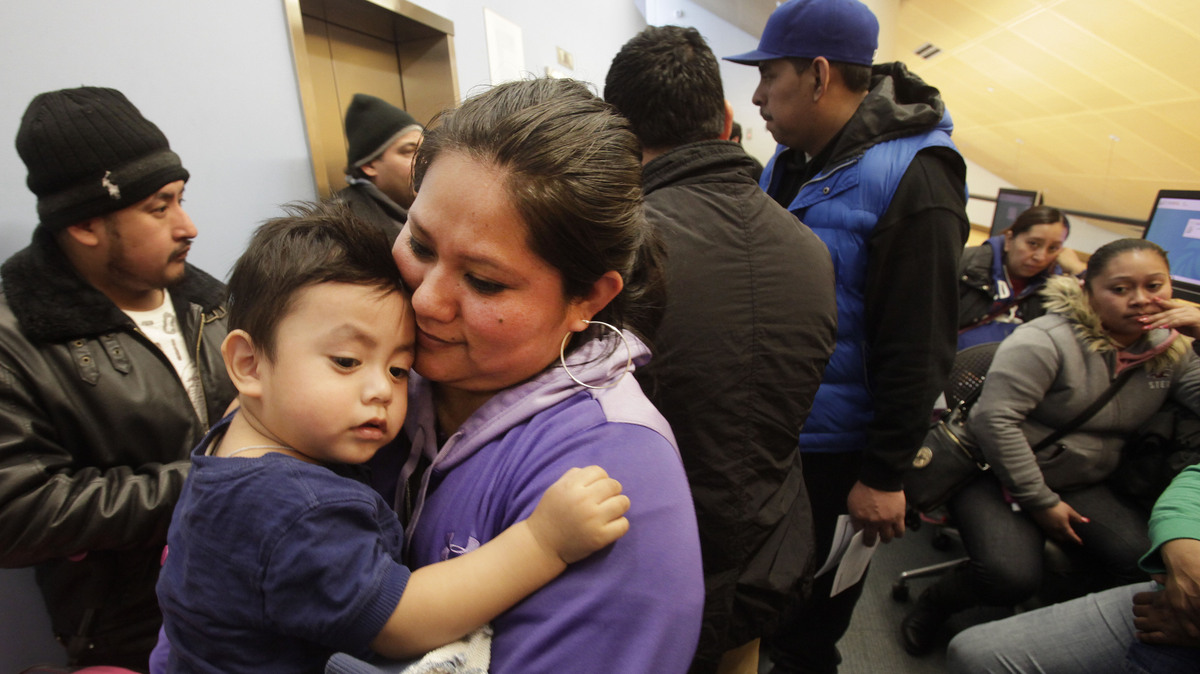 Veronica Ramirez holds her 15-month-old son, Lora, as she waits in line Monday to apply for a new municipal identification card at the Bronx Library Center in New York.

In New York City, Mayor Bill de Blasio made a pitch for a piece of plastic on Monday — a new ID card for New York City residents, regardless of immigration status.

"One piece of plastic, but it's going to open so many doors for our fellow New Yorkers. It's going to make their lives better," de Blasio said.

New Yorkers 14 and older can now join the largest municipal identification program in the country. De Blasio said renting an apartment, opening a bank account and entering a school building will now be easier for the city's estimated half-million unauthorized immigrants.

And the IDNYC program doesn't leave out New Yorkers who already have ID. Here's how the mayor sweetened the deal: "A free, one-year membership to 33 cultural institutions! That did get the attention of many New Yorkers," he said.

Johanna Miller of the New York Civil Liberties Union says getting lots of New Yorkers — not just unauthorized immigrants — to sign up will be key.

"Currently, this law, unfortunately, would allow law enforcement to seek your info by only showing that it's relevant to an investigation — and that may be an investigation about somebody else."

"The success of this program depends almost entirely on having a diverse pool of cardholders. If the card becomes a scarlet letter for undocumented people then it fails," Miller says.

Los Angeles is preparing to roll out an ID similar to New York's. They join cities like San Francisco; Oakland, Calif.; and New Haven, Conn., where only about 10 percent of the city's population has applied since 2007.

There were already long lines today at the Queens Library's Flushing branch, where Ni Shaolong, 75, waited to apply.

The ID is definitely "a good thing," Ni says in Mandarin.

He says he plans to use it to check out books from the public library and visit some of the city's museums for free.

For Wa Sutardji, an immigrant from Indonesia who makes sushi at a Manhattan restaurant, the new ID will help answer more practical questions.

What may not be good, Miller says, is that privacy protection for cardholders under New York City law is limited.

"Currently, this law, unfortunately, would allow law enforcement to seek your information by only showing that it's relevant to an investigation — and that could be an investigation about somebody else," she says.