Accessibility links
Good News For Bats! Things Are Looking Up For Stemming Disease Spread The disease known as white-nose syndrome has killed millions of bats, but scientists are seeing hopeful signs that some bat colonies are recovering. 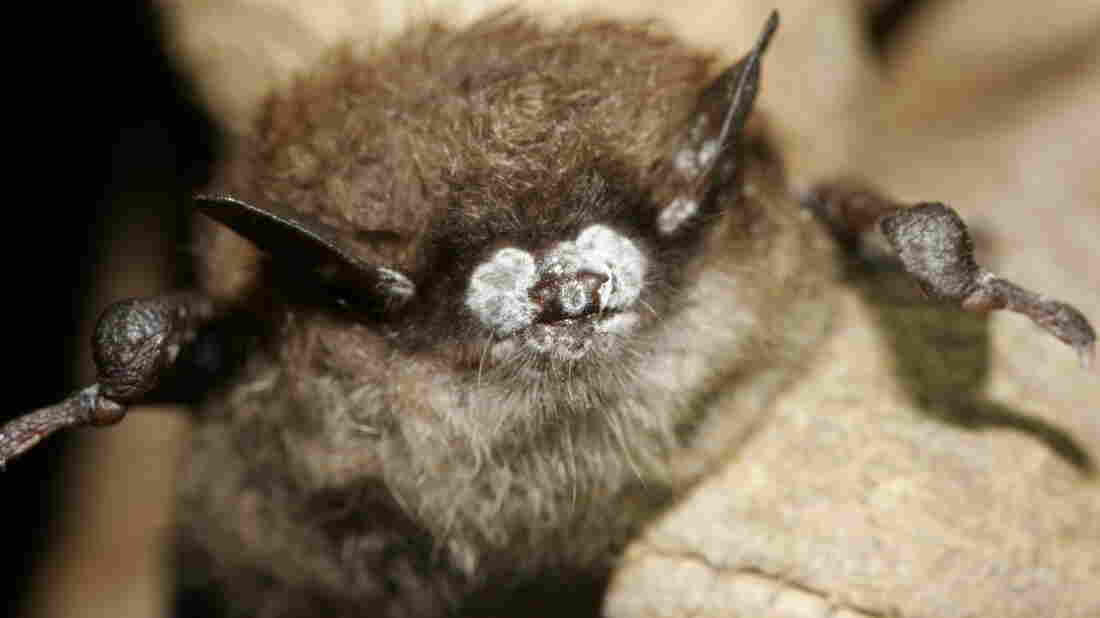 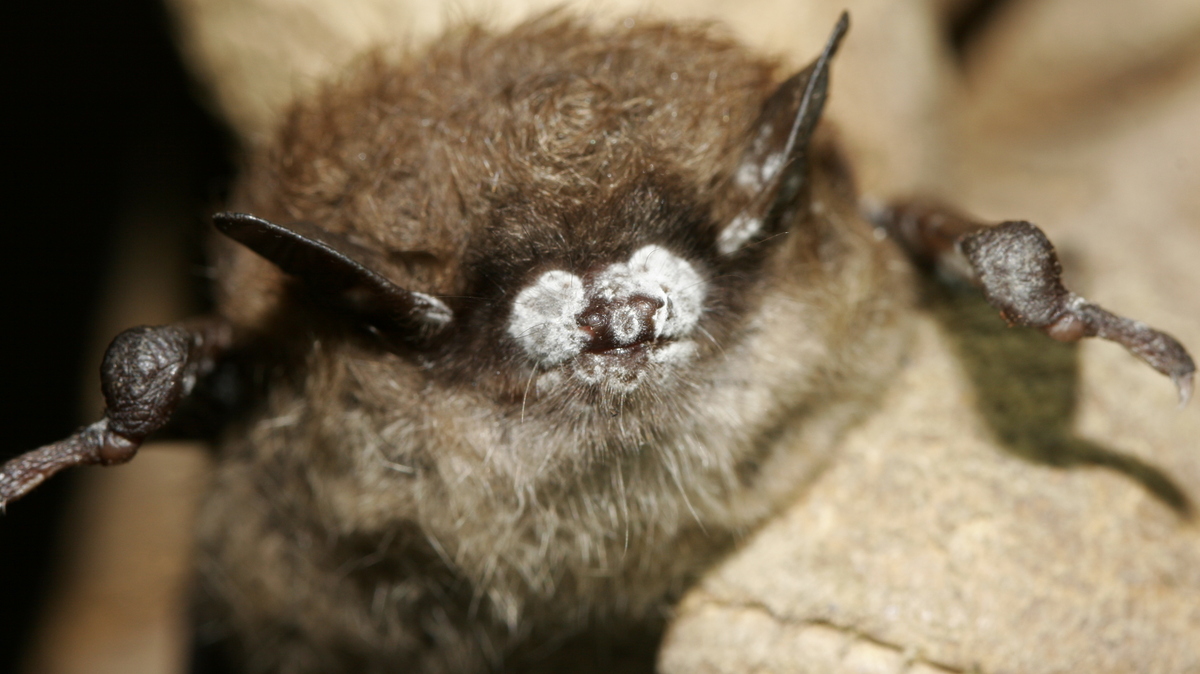 This October 2008 photo, provided by the New York Department of Environmental Conservation, shows a brown bat with its nose crusted in fungus.

The bat disease known as white-nose syndrome has been spreading fast, killing millions of animals. But for the first time, scientists are seeing hopeful signs that some bat colonies are recovering and new breakthroughs could help researchers develop better strategies for helping bats survive.

Back in 2009, it seemed dire. In Vermont, the floor of the Aeolus Cave in the Green Mountains was carpeted with tiny bat bodies and their delicate bones. Scientists like Scott Darling with Vermont's Fish and Wildlife Department were shaken by the carnage.

"This is just far more than I expected. It's way more, so many more dead bats here," Darling said then. 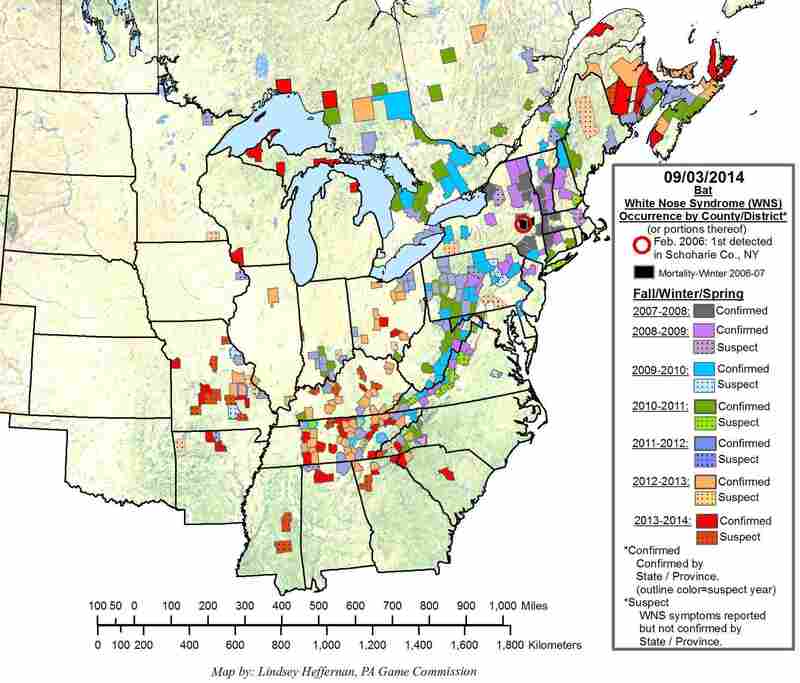 The first case of white-nose syndrome was found in Schoharie, N.Y. This map shows the cases detected since then. To enlarge, click here. Lindsey Heffernan/PA Game Commission hide caption

Scientists say a quarter-million animals have died here since white-nose syndrome was first identified in 2007, many of their tiny faces crusted with the white fungus that gives this disease its name. But on a recent trip to the cave, bats are still living here, though the population is much smaller.

Jonathan Reichard, national assistant coordinator for white-nose syndrome for the U.S. Fish and Wildlife Service, was part of a team that recently caught and inspected bats at Aeolus Cave.

"It's a little bit of a curveball to be here today, six years after being here and seeing all the dead bats, to think that there are still bats in there," Reichard says.

He feared that this disease might exterminate the animals, sweeping them from large parts of North America. "The declines in that species have slowed down or even reversed in some cases. There's evidence that colonies may even be increasing at a slight tick," Reichard says.

Immerse yourself in the sounds of a bat habitat in Michigan. Listen here.

There's other good news. While researchers study the tough little holdouts here in Vermont, a wildlife veterinarian at the University of Wisconsin has been cracking the code on how exactly white-nose syndrome kills these animals. The study's lead author, Michelle Verant, says the fungus causes bats' bodies to overheat, burning energy too quickly.

"The amount of fat energy that bats affected with white-nose syndrome used was twice as much as the healthy bats," she says.

She thinks her work, funded by the U.S. Geological Survey, could help point the way toward helping more bats survive. Scientists are scrambling to develop targeted fungicides that might kill white nose outright. In the meantime, Verant says wildlife managers need to make sure bats are healthy and plump before they go into the caves for the winter.

"The best thing that we can do right now is supporting bats with good habitat and reducing those additional stressors," she says.

As this disease spreads west, Verant's findings will play a big part in the debate over the federal government's response. The U.S. Fish and Wildlife Service is now deciding whether one type of bat called the northern long-eared should be added to the endangered species list. Last month, Canada's government did just that, adding three types of bats to its list of endangered animals.