Accessibility links
Songs We Love: Kitty, Daisy & Lewis, 'Whenever You See Me' The retro-rocking siblings worked with The Clash's Mick Jones on this brassy kiss-off.

01Whenever You See Me

Songs We Love: Kitty, Daisy & Lewis, 'Whenever You See Me'

01Whenever You See Me

Dean Chalkley /Courtesy of the artist

When Daisy Durham tells the skirt-chaser in her path to "Think about where you put that hand" in this tough-spirited, joyfully punchy musical kiss-off, she has a girl gang's worth of rock 'n' roll predecessors to back her up. Daisy's on-the-corner vocals, doubled by her sister Kitty, recall outer-borough demolition dolls like the Shangri-La's, the Bobbettes and the Angels. The big, bold chorus in "Whenever You See Me" nods to the brassy young women who made London swing, like Lulu and Sandie Shaw, and the song's spirit of ultimatum points toward Lesley Gore's classic "You Don't Own Me." But there's real punk energy in this sibling trio's brand of rocking revivalism: The song's demand for a woman's freedom of movement in the face of macho lechery reflects the slash-and-burn heroines of riot grrrl as much as the gum-snapping sweethearts of the 1960s. 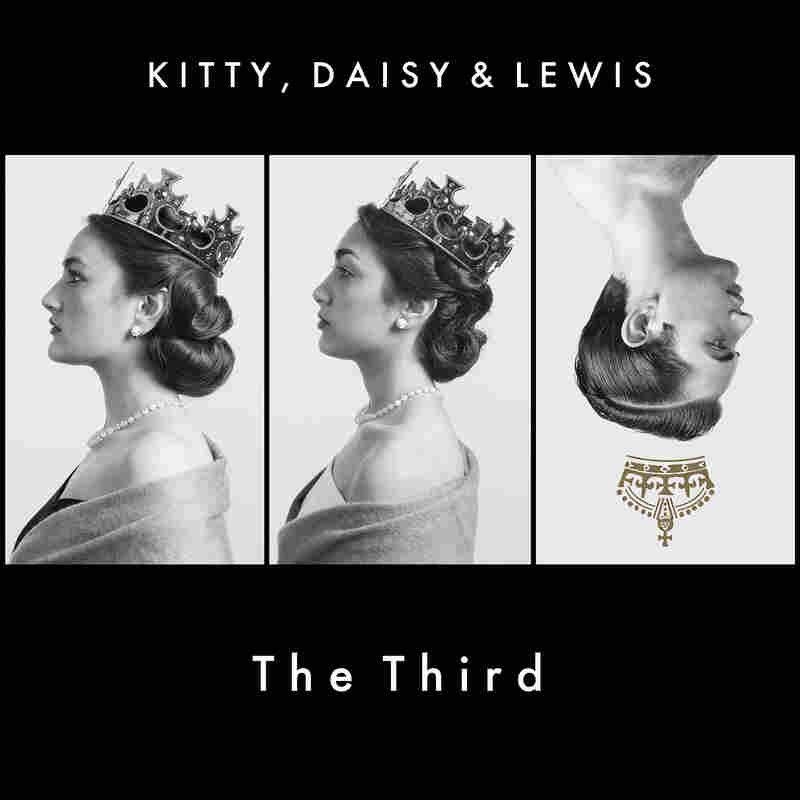 Raised on a great record collection by a mom who played in one of punk's greatest all-female bands, the Raincoats, as well as a recording-engineer dad (their folks play with them on tour), Kitty, Daisy & Lewis absorbed the early rock 'n' roll sources their sound reflects, sort of the way other kids get vitamins from carrots and chicken soup. All of them share vocals on their albums and trade off instruments; each song is a wisecracking family conversation that's as competitive as it is harmonious.

Previous Kitty, Daisy & Lewis albums have rattled and rolled with the immediacy and intuitive warmth of players who collaborate from breakfast time until lights out. The aptly named The Third, which features "Whenever You See Me," gains more gloss from family friend and new producer Mick Jones, who has so much fun adding horns and keyboards and other fresh fillips of historical thinking, it's like he's re-imagining what his old band, The Clash, would have been like if everything it did had followed the lead of "Train In Vain." The Durham siblings are growing more skilled with every effort, but as this tart slice of attitude shows, they're not going soft.