Accessibility links
NYPD Disciplinary Problems Linked To A 'Failure Of Accountability' The New York Police Department is one of the most sophisticated in the world, with advanced systems for fighting crime. But it's not so good at policing its own officers, criminal justice experts say. 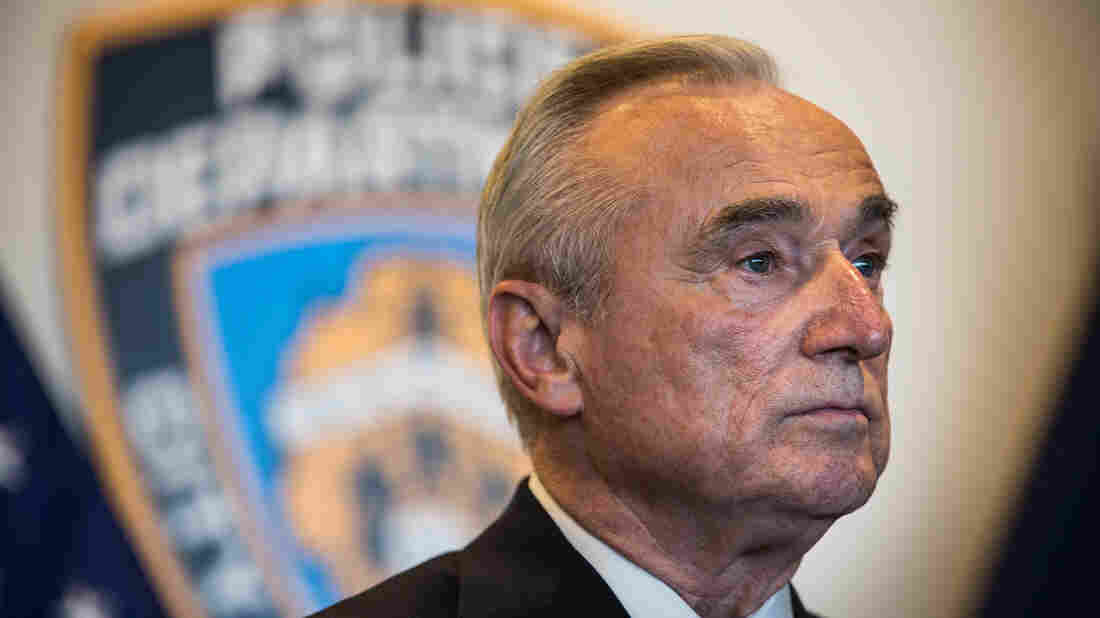 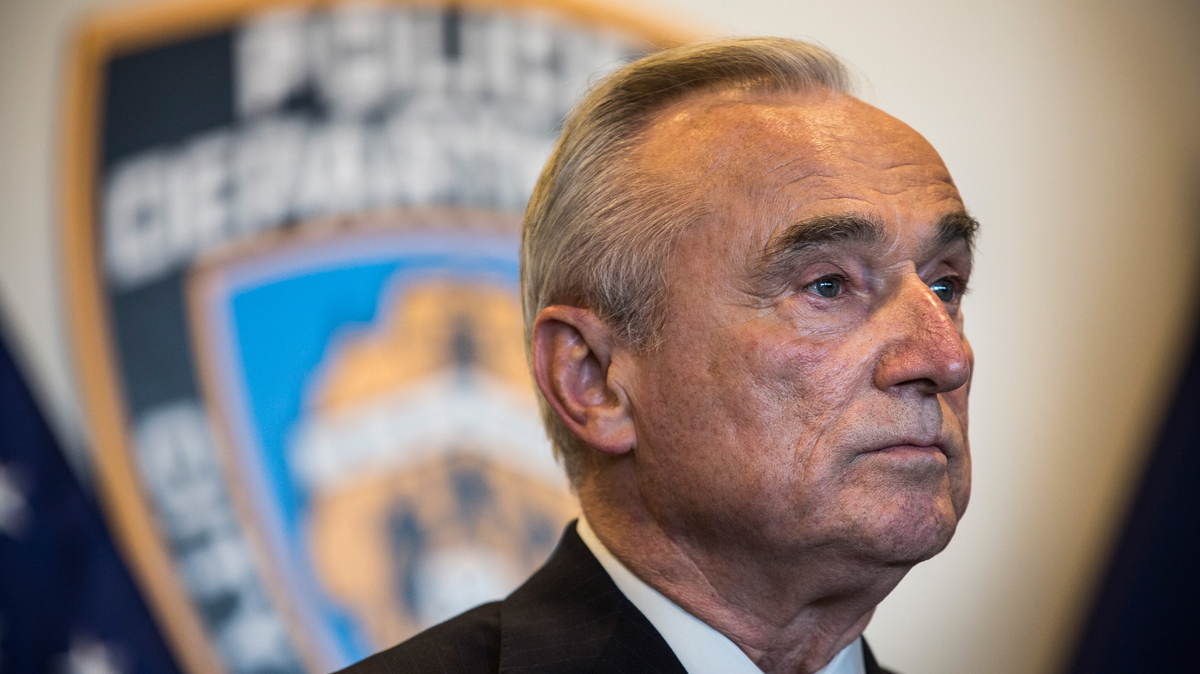 The New York Police Department is known for pioneering the use of computer statistics to identify crime trends, but it can't seem to identify its own officers causing problems on its streets.

Darvell Elliott was arrested in August 2010 because he matched the description of a robbery suspect. He says he was already in handcuffs when the world went black.

When he came to, he was "in a hospital, Brookdale Hospital, face stuck to the sheet like Velcro," Elliott says.

Photos show his face covered with blood-soaked bandages. The robbery charges were ultimately dismissed, and he sued. The officers never had a chance to defend themselves and give their side of the story. The city settled the case quickly for $20,000, a nuisance value.

Police unions often complain that the city is too quick to settle lawsuits — creating the impression an officer did something wrong without giving an opportunity to refute a plaintiff's allegations.

The Brooklyn District Attorney's Office said it couldn't comment because dismissed cases are automatically sealed. But the New York City Law Department said that just because the city settled with Elliott doesn't mean the officer in question is at fault.

"The fact that the city settled with the plaintiff does not mean that the officer did anything wrong," Nicholas Paolucci, a Law Department spokesperson, said in an email.

The Brooklyn police officer named in the lawsuit is Donald Sadowy. He's been the subject of at least 10 lawsuits, including some for excessive force, in little more than two years. An 11th lawsuit was filed against him in November.

And it's not just him. While police disciplinary records are confidential in New York, it's easy to find dozens of other officers with similar records. All of which calls into question just how seriously the NYPD polices its own.

"I think there's been a really systematic failure of accountability on the part of the NYPD," says Samuel Walker, a retired criminal justice professor and police accountability expert.

He says the department keeps information on things like civilian complaints and disciplinary histories for its 35,000 officers. It also monitors officers who are accused of excessive force.

But Walker says it's not enough. He says the NYPD puts a lot of energy and resources into spotting crime trends. It should do the same for problem officers.

The city now spends more than $100 million each year to settle lawsuits against the police.

Referring to the multiple lawsuits against Sadowy, Candace McCoy, a criminal justice professor at the City University of New York's Graduate Center, says, "The question is: What is the cutoff? What is the exact number beyond which you take this person off the street?"

A lot of misconduct never results in a lawsuit. On the flip side, lawsuits often name several officers, including some who may have played a minor role. So departments around the country often look for a combination of indicators to spot patterns of questionable behavior. Many, for example, also look at officers who regularly charge people with resisting arrest.

"There's a widespread pattern in American policing where resisting-arrest charges are used to sort of cover — and that phrase is used — the officer's use of force," Walker says. "Why did the officer use force? Well, the person was resisting arrest."

A small number of NYPD officers account for the bulk of such charges. Sadowy, the officer with the 11 lawsuits, has more resisting-arrest cases than all but a handful of other officers.

Civilian complaints are another red flag. In New York City, they are confidential. But reports from the city's Civilian Complaint Review Board show 40 percent of the 35,000 officers on the force today have never been the subject of a citizen complaint. Another 20 percent have only one. Yet about 1,000 officers have 10 or more complaints. One has racked up 51 complaints.

"If an officer has a pattern of a lot of complaints, let alone substantiated complaints, that officer is certainly worth watching and even warning and certainly retraining," says attorney Richard Emery, chairman of the Review Board.

He says the department has not seemed too interested in using the board's records to spot problem officers, although he's hopeful that's changing under Police Commissioner William Bratton.

"They've had access to it, but they haven't asked," Emery says.

The NYPD did not respond to multiple requests for an interview, nor did NYPD Officer Sadowy.

Bratton has started a massive departmentwide retraining on the use of force and has spoken out about the need to get rid of bad officers.

"There are some officers in the department unfortunately who should not be here," Bratton told reporters last year. "They're brutal, they're corrupt, and we'll work very aggressively to deal with that."

But in 2014, the department decided not to discipline a quarter of the officers who the Civilian Complaint Review Board found had committed misconduct.