Accessibility links
And The Oscar Goes To ... Wait, Who Hasn't Had One In A While? It's happened enough that it's a thing: A stellar actor is awarded for a not-so-stellar role. Many feel it happened again this week with the Oscar nominations. 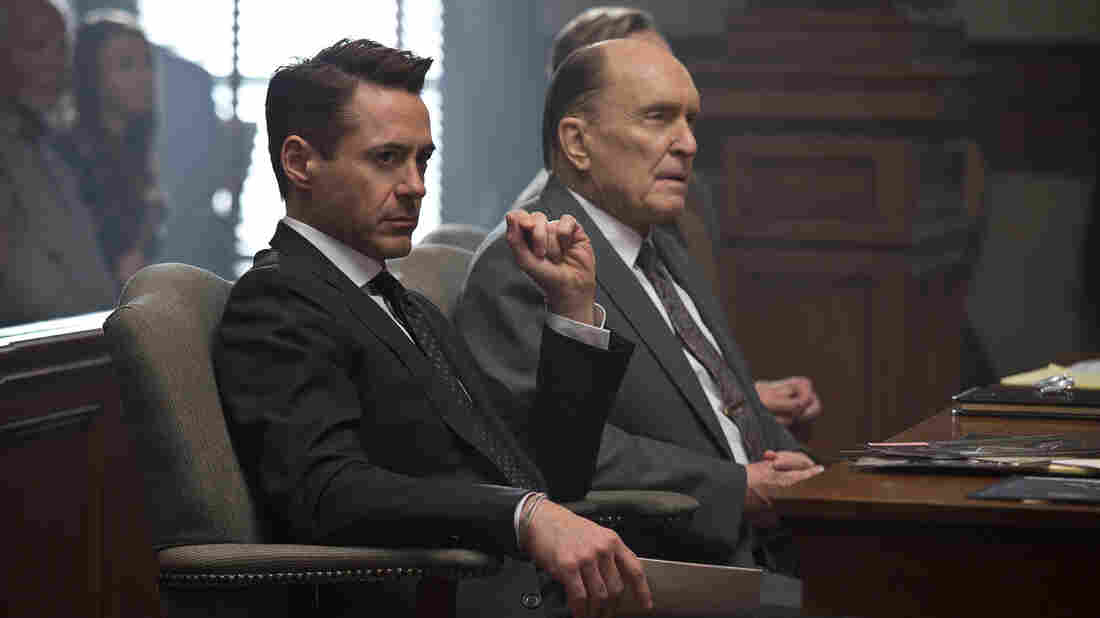 Robert Duvall (right) was nominated for Best Supporting Actor for his role in The Judge, which also starred Robert Downey Jr. The nomination left many critics scratching their heads. Claire Folger/AP hide caption 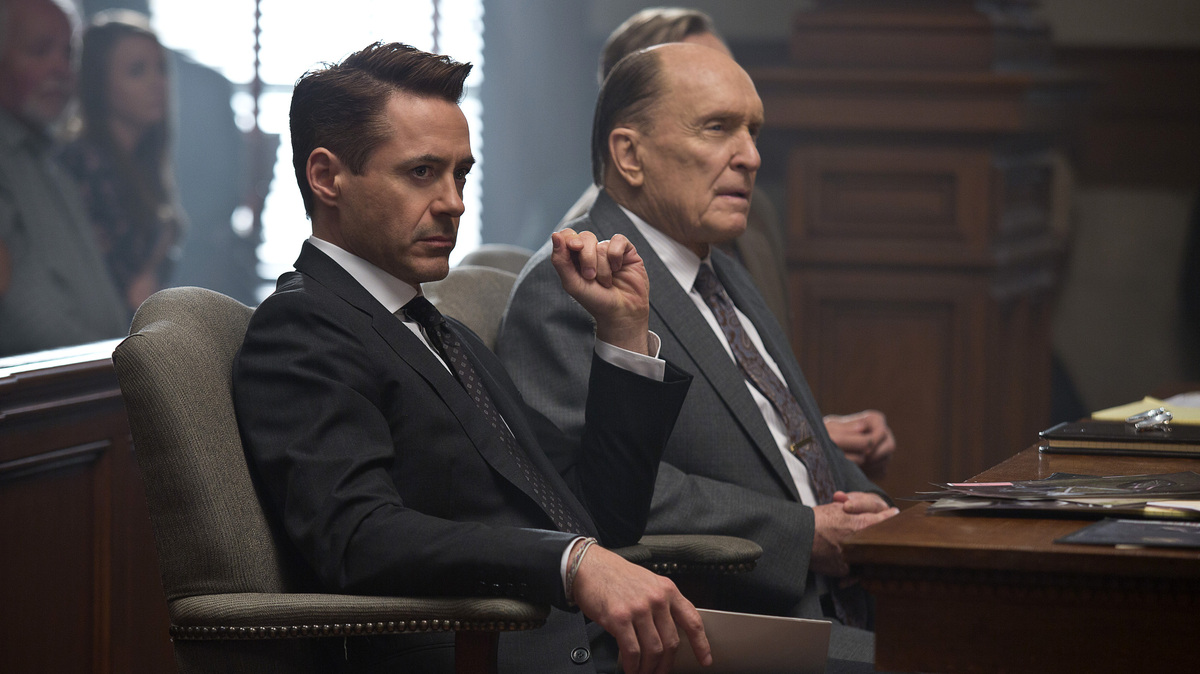 Robert Duvall (right) was nominated for Best Supporting Actor for his role in The Judge, which also starred Robert Downey Jr. The nomination left many critics scratching their heads.

"The right actors win Oscars, but for the wrong roles," Katharine Hepburn once said.

The Motion Picture Academy has a history of rewarding stars for less-than-celestial performances, and this week's Oscar nomination announcements left a lot of people scratching their heads — over the snubs for Selma, for example, and the nomination of Robert Duvall for best supporting actor in The Judge.

"I think most people hadn't even heard of The Judge before that nomination," says Alyssa Rosenberg, culture columnist for The Washington Post.

Rosenberg says most critics were not impressed by the movie, about a judge who is aging, cranky and hates his new dependence on his criminal-lawyer son.

At The Oscar Nominations, It's A Good Year To Be An Idiosyncratic Man

To be clear, Rosenberg loves Duvall.

"He is wonderful," she says. "But it's not a particularly notable performance. It's weird. It's like they woke up and said, 'You know who hasn't seen a statue in some time?' "

Duvall hasn't seen one since 1983 and Tender Mercies. Rosenberg says recognizing actors out of a sense they're overdue is an academy tradition that goes back to at least 1935.

That was the year Bette Davis won her first Oscar for a thoroughly mediocre movie, Dangerous. The academy had ignored her incandescent performance the year before as a manipulative waitress in the film Of Human Bondage. 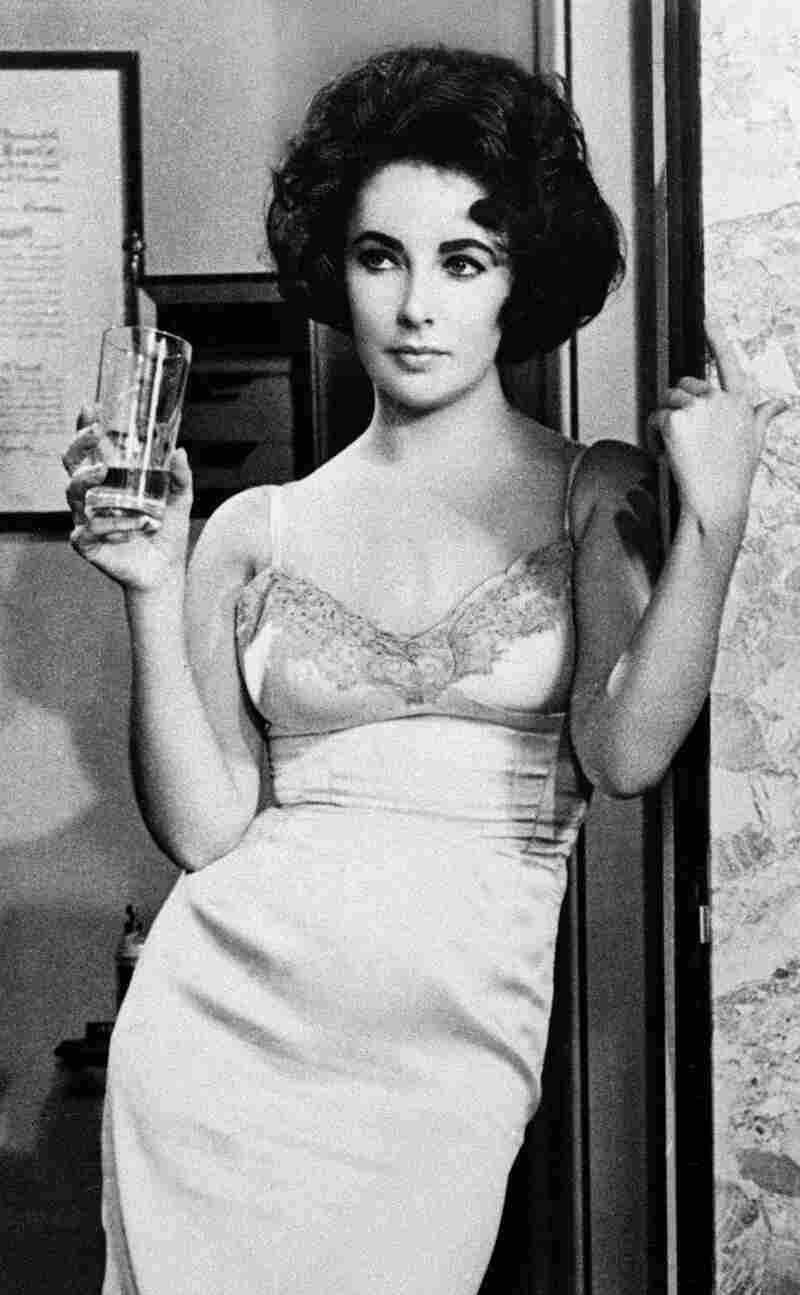 Elizabeth Taylor in Butterfield 8, a movie she called a stinker. Perhaps the Oscar she won for it was more of a consolation prize. AP hide caption

That's what happened in 1960, she adds, to a certain violet-eyed 28-year-old, Elizabeth Taylor.

Taylor went unrewarded by the academy for National Velvet, Giant, Cat on a Hot Tin Roof and Suddenly Last Summer. She won for Butterfield 8, a movie she herself called a stinker. But the actress's third husband had recently died in a plane crash, six months after the birth of their daughter.

Other consolation Oscars might include Denzel Washington's in 2001, for playing a vicious cop in the movie Training Day. Critics preferred Washington in an earlier movie, The Hurricane, not to mention in Malcolm X.

Or Dame Judi Dench, who won not for her layered portrayal of Queen Victoria in the movie Mrs Brown in 1997, but won, instead, the next year — for her eight-minute appearance as Queen Elizabeth in Shakespeare in Love. Dench had a sense of humor about accepting her best supporting actress statuette.

"Um," she said, "I feel, for eight minutes on the screen, I should only get a little bit of him."

The phenomenon goes beyond the Oscars. Playwright Edward Albee did not win the Pulitzer Prize in 1963 for Who's Afraid of Virginia Woolf because it was seen as too controversial. A few years later, the Pulitzer committee basically backtracked, rewarding Albee for another play, A Delicate Balance.

Far better, says Rosenberg, if the cultural horse races that are awards shows were guided not by sentimentality or nostalgia, but by singularity and guts.

"If you want people to take your awards ceremony seriously as an arbiter of artistic quality, these are strange decisions," she says.