Accessibility links
U.S. Solar Industry Sees Growth, But Also Some Uncertainty The solar industry employs nearly 174,000 workers in the U.S., up 22 percent from a year ago. But the industry's future is murky, as government subsidies are set to expire within two years. 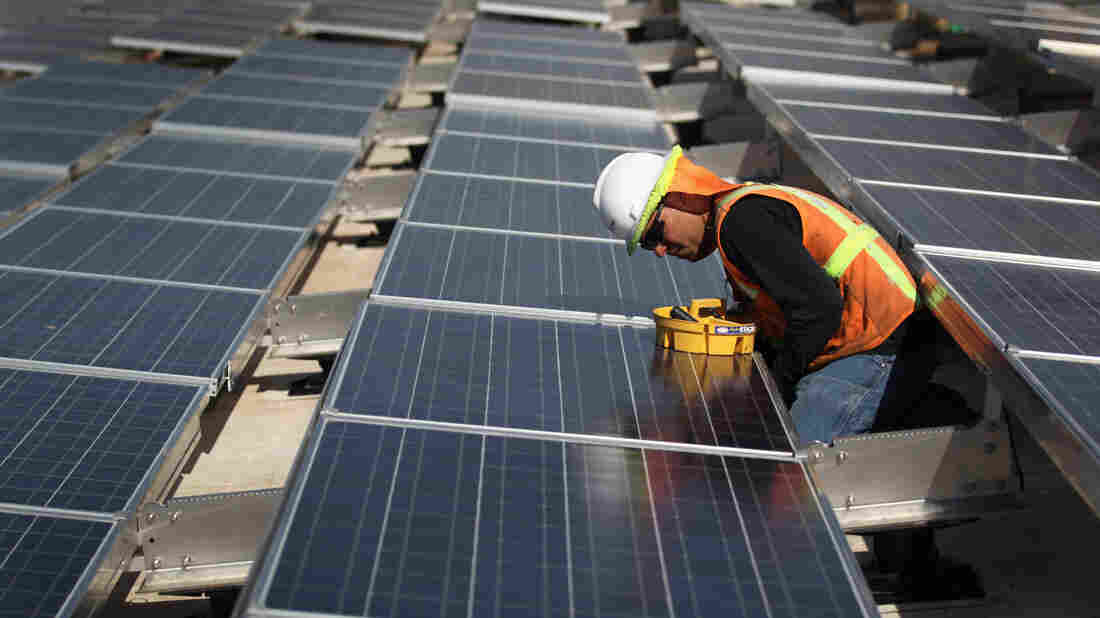 A worker installs solar panels atop a government building in Lakewood, Colo. The industry has added more than 80,000 jobs since 2010, according to The Solar Foundation. John Moore/Getty Images hide caption 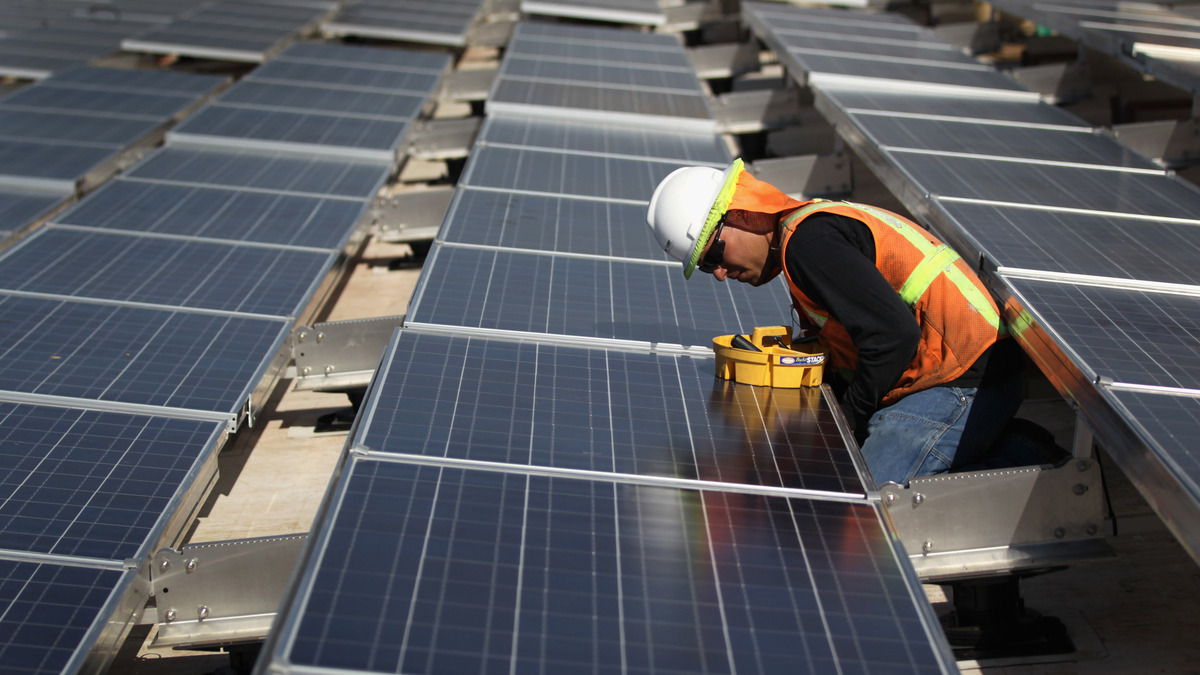 A worker installs solar panels atop a government building in Lakewood, Colo. The industry has added more than 80,000 jobs since 2010, according to The Solar Foundation.

The solar energy business is growing fast, thanks in part to a steep drop in panel prices.

The Solar Energy Industries Association reports that prices dropped by more than half since 2010. But the industry's future looks a little hazy. Generous government subsidies expire soon and the price for natural gas — a competitor that's also used to generate electricity — keeps dropping.

For now, though, the solar business is booming and the industry is hiring. More than 31,000 solar jobs were added in 2014, according to The Solar Foundation.

Among those who became solar industry workers last year is Charlie Wilde, 54, of Denver. He finished a training program at Solar Energy International in the spring, got certified and then worked temp jobs as an installer.

"It's really hard work, especially in the summertime, when you're on those hot roofs," Wilde says.

He sees a bright future in solar panels and is starting his own business called Ecology Solar.

"I'll be targeting people in my neighborhood of Denver, Colo., and then expand out from there as the business grows," Wilde says.

Experienced installers can earn a good wage of about $22 per hour, says Andrea Luecke, president and executive director of The Solar Foundation.

"People in sales positions are making about $40 an hour," she says. "So these are good jobs. These are highly desirable jobs, and jobs that are helping to positively contribute to the U.S. economy."

And she says there is plenty of room for more growth, because solar makes up less than 1 percent of the electricity generated in the U.S. today. Two-thirds of the country's power still comes from coal and natural gas, according to the Energy Information Administration.

Luecke says the solar industry expects to add another 36,000 jobs this year, but after that is a big question mark. Solar companies still rely on a 30 percent federal tax credit to compete with more established fossil fuels. Unless Congress extends the credit, it will end in December 2016.