Accessibility links
Sleater-Kinney's Deleted Scenes The beloved punk trio is back after nearly a decade away. Hear a few candid thoughts from the members about singing, live performance and having famous fans. 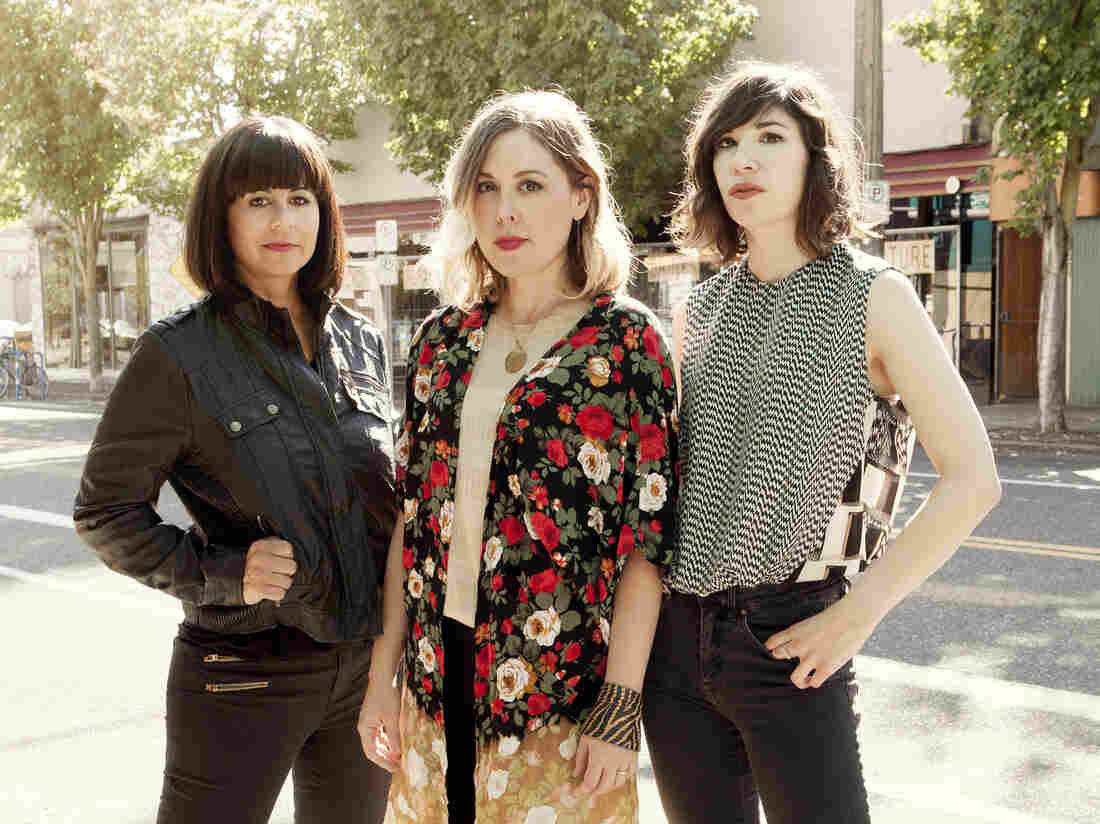 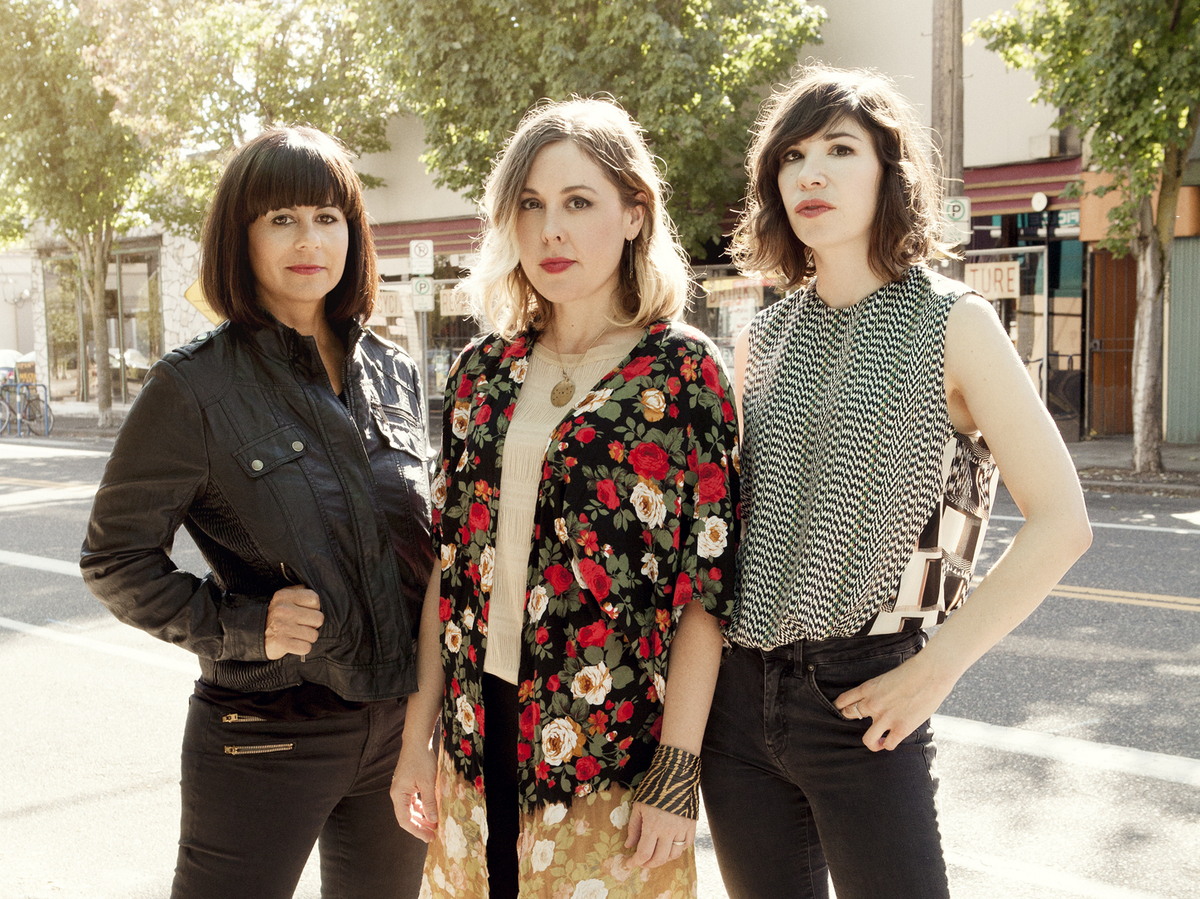 Brigitte Sire/Courtesy of the artist

Sleater-Kinney, 'No Cities To Love'

Sleater-Kinney, the beloved and massively influential punk trio, is back after nearly a decade away. NPR's Leah Scarpelli spoke with the three members on the occasion of the new album No Cities to Love, out today. Hear her piece at the audio link, and read on for a few moments that didn't make the broadcast.

"I wanted to sing, and I think that I wanted to be in a band, but there just wasn't really the opportunity until I got to Olympia. Right after I got there, Bikini Kill and Bratmobile played their first show and I was like, 'That's it, that's what I'm going to do!' I started my first band, Heavens to Betsy, and I had kind of more of a sing-song voice when I first started that band. But because it was the '90s and grunge was ruling the world, I started experimenting with really loud guitar and much more aggressive vocals — just trying to get people's attention with the music. So yeah, there's a lot of howling on those early records."

Carrie Brownstein On Having Famous Fans

"Gerard Way of My Chemical Romance is a huge fan of our band, and I think he's awesome. I think he's a good songwriter and singer, and I like his relationship to his fans. He covered 'I Wanna Be Your Joey Ramone,' which is one of our early songs. And Perfume Genius, which is an artist who I love and whose record is one of my favorites of [2014], said he'd seen Sleater-Kinney 13 times. You kind of just never know. People find different ways into this band and different reasons to appreciate it."

Janet Weiss On The Thrill Of Playing Live

"As a drummer, I think it's the best place to be heard. A practice space is just brutal for the people who have to listen to the drummer. The studio can be very difficult — with headphones, and you're sort of trying to make things sound a certain way and it's very challenging. But live, where there is air and there is energy from the crowd, I think that energy can elevate what I do to a new level. I'm sort of recreating that in my mind, I think, when I play on a record or when I play at practice. In the right situation on stage, I feel more like a superhero than any other time in my life."