Accessibility links
Exclusive First Read: 'The Sculptor,' By Scott McCloud Understanding Comics creator Scott McCloud is sometimes called the "Aristotle of comics" for his analysis of the medium. The Sculptor, a meditation on love, art and death, is his first graphic novel. 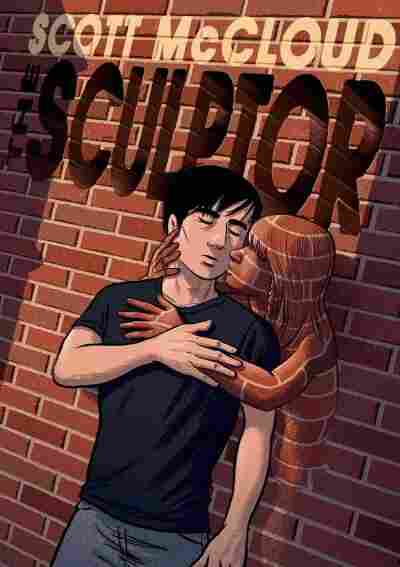 Cartoonist and theorist Scott McCloud is sometimes called the "Aristotle of Comics" because of his three landmark nonfiction works: Understanding Comics, Reinventing Comics and Making Comics. He's a man who's spent a lot of time thinking about making art — and that's reflected in The Sculptor, his first full-length graphic novel.

At the center of the story is David, a young sculptor who's floundering after some early success. He makes a fairy-tale deal with Death: his life, in exchange for the power to sculpt anything with his bare hands. But once the deal is done, what will David do with the remaining 200 days of his life? Does he have the vision to match his new abilities? What happens when he falls in love?

In this scene, David (and the girl he's falling for) visit Mira, a rival artist who makes miniature dioramas (like the one in the first panel); the two are competing for a place in an exhibition. The Sculptor will be published February 3. 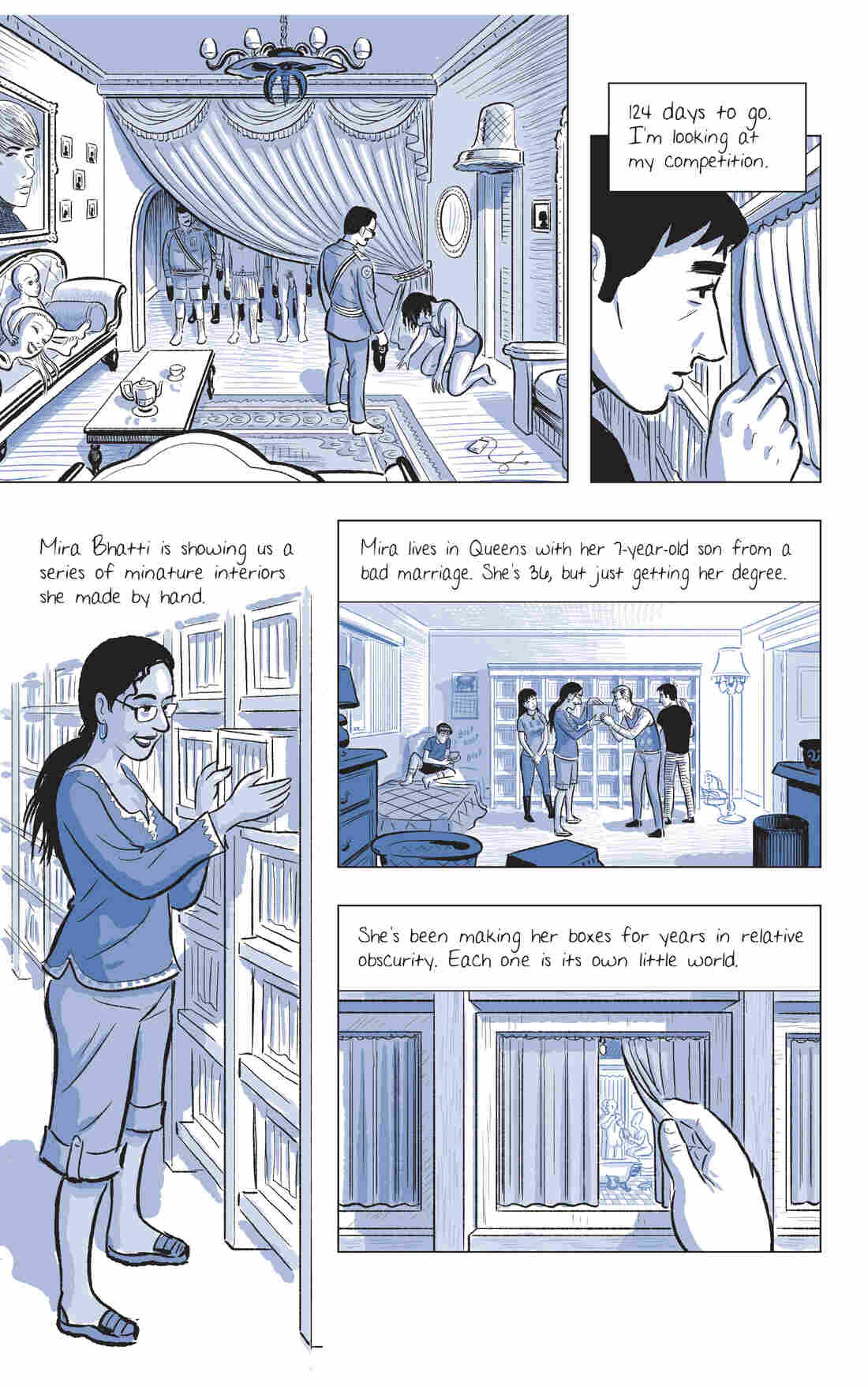 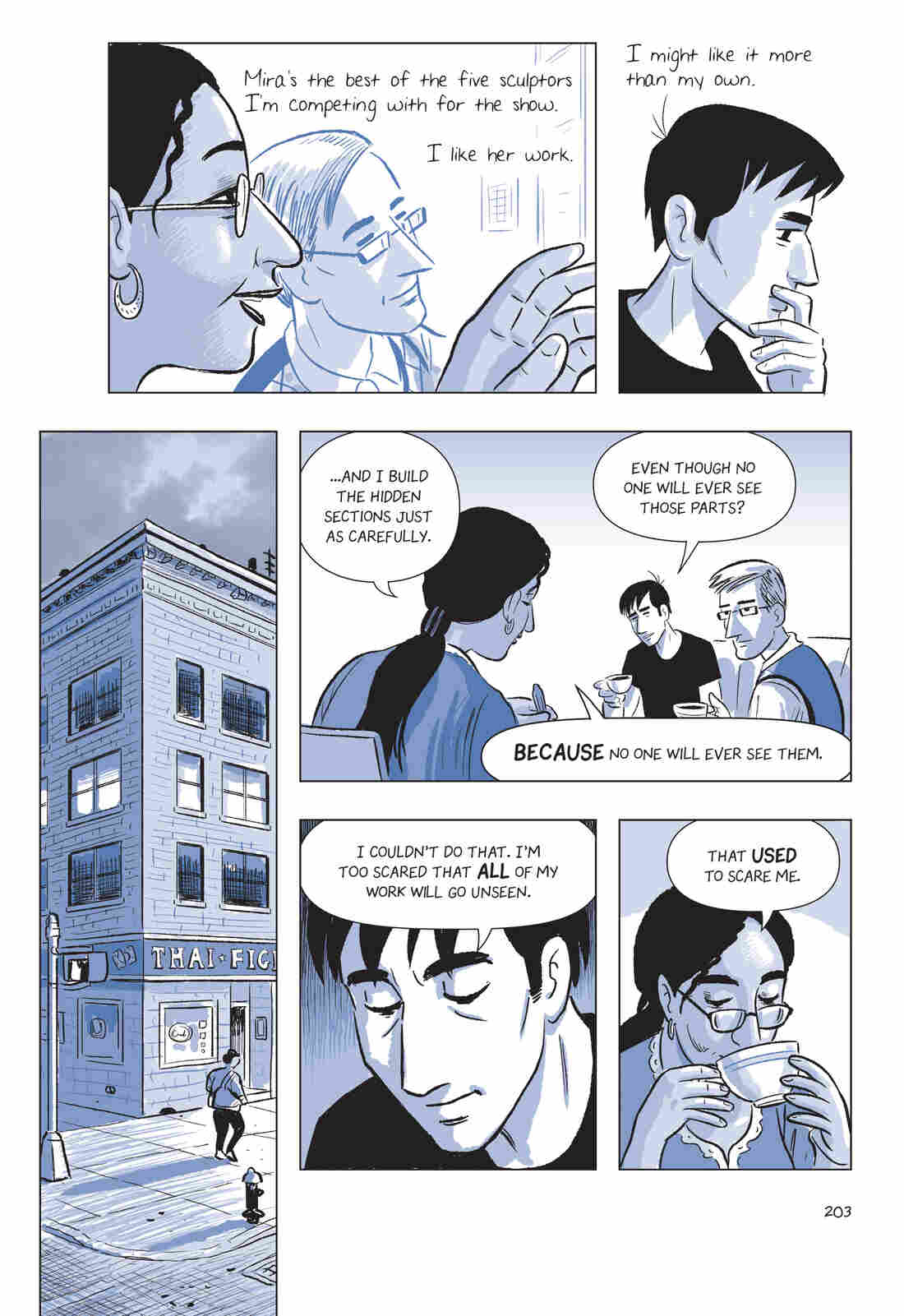 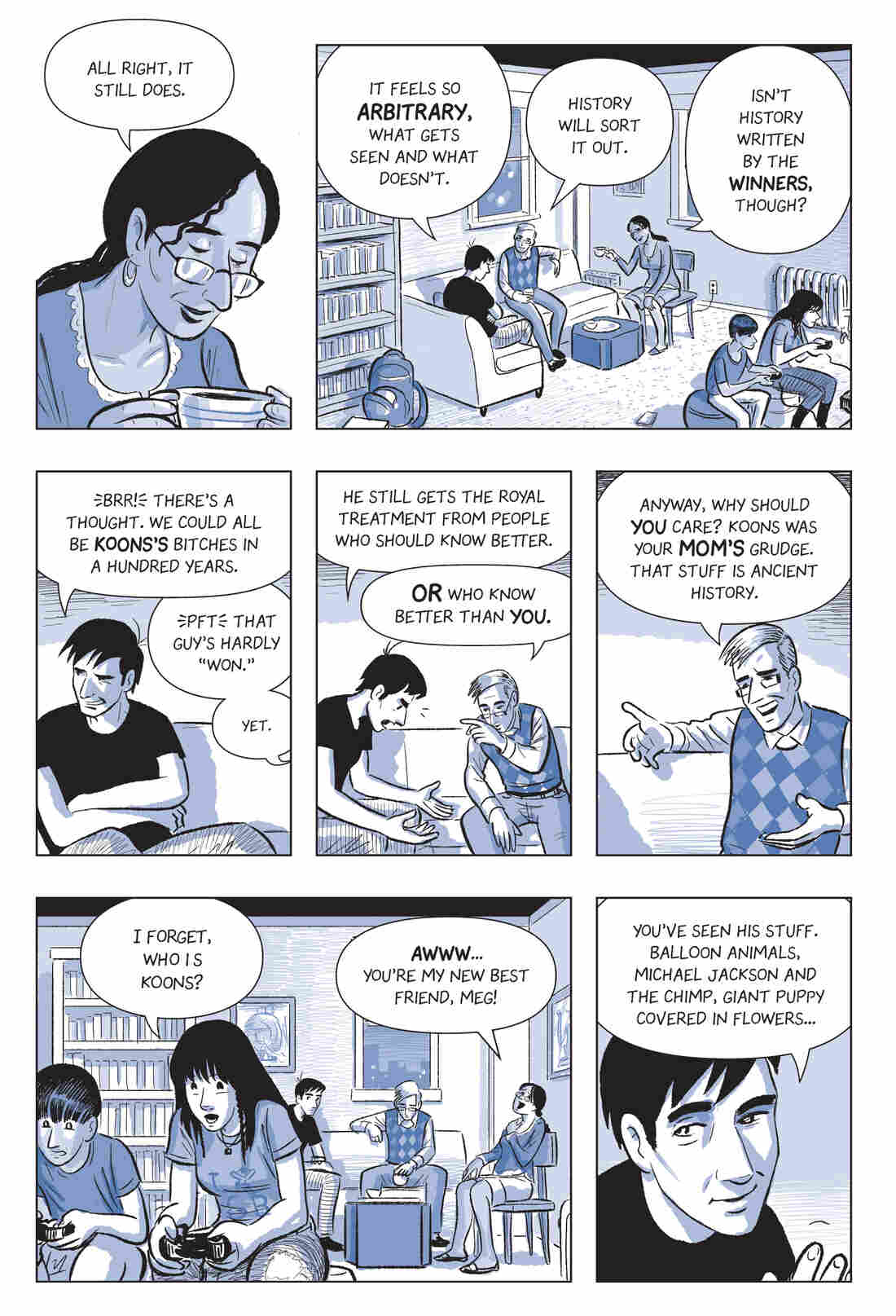 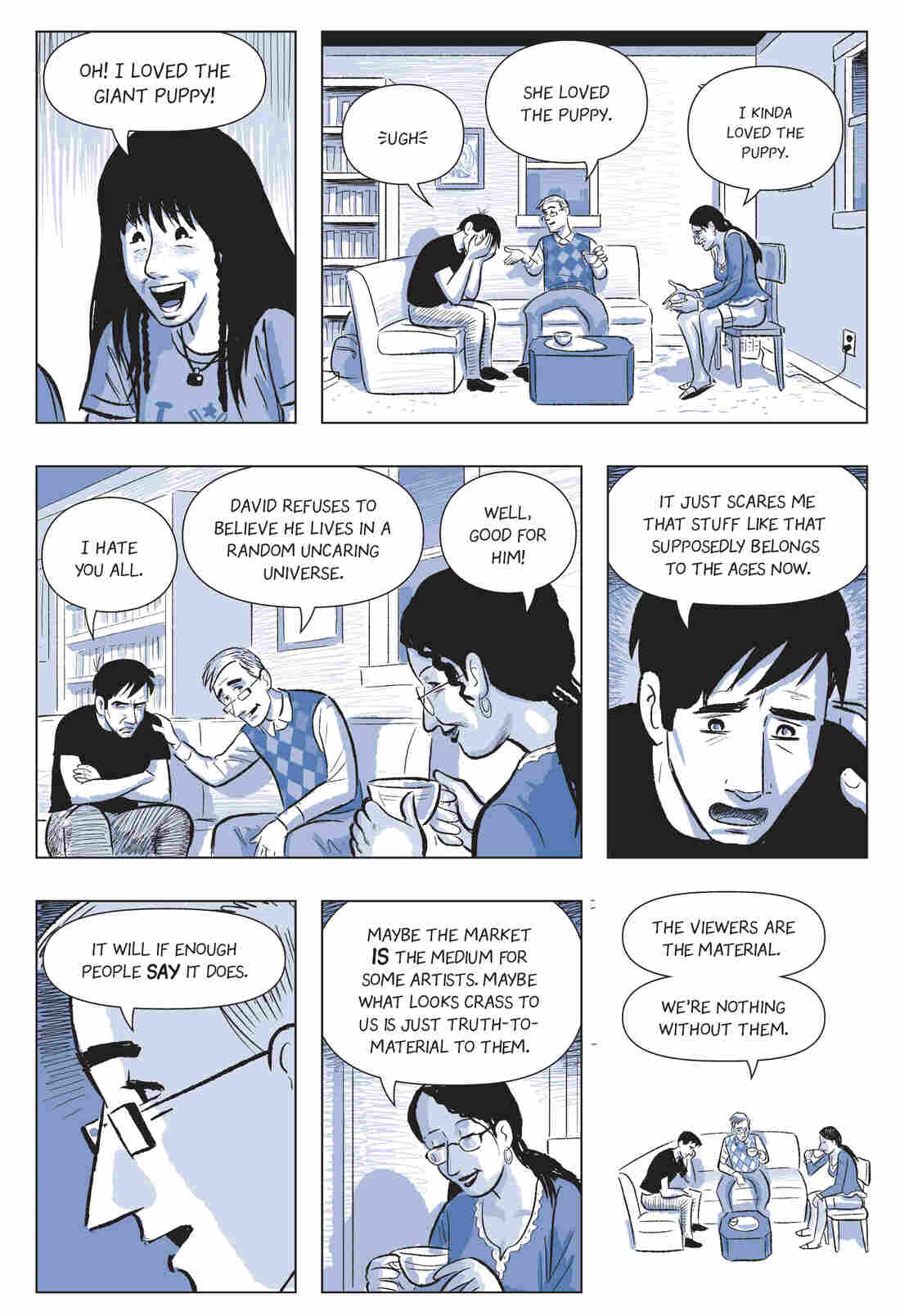 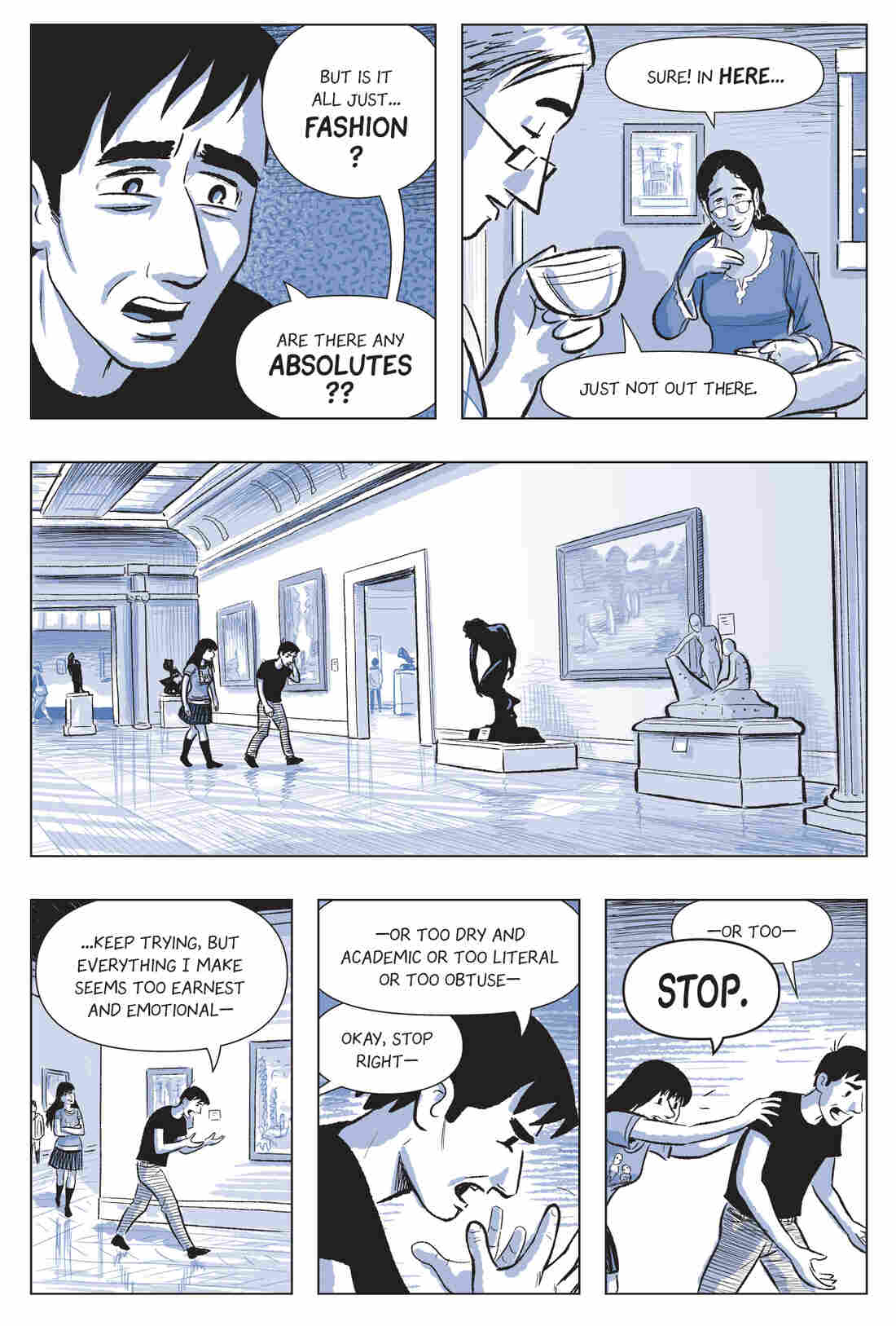 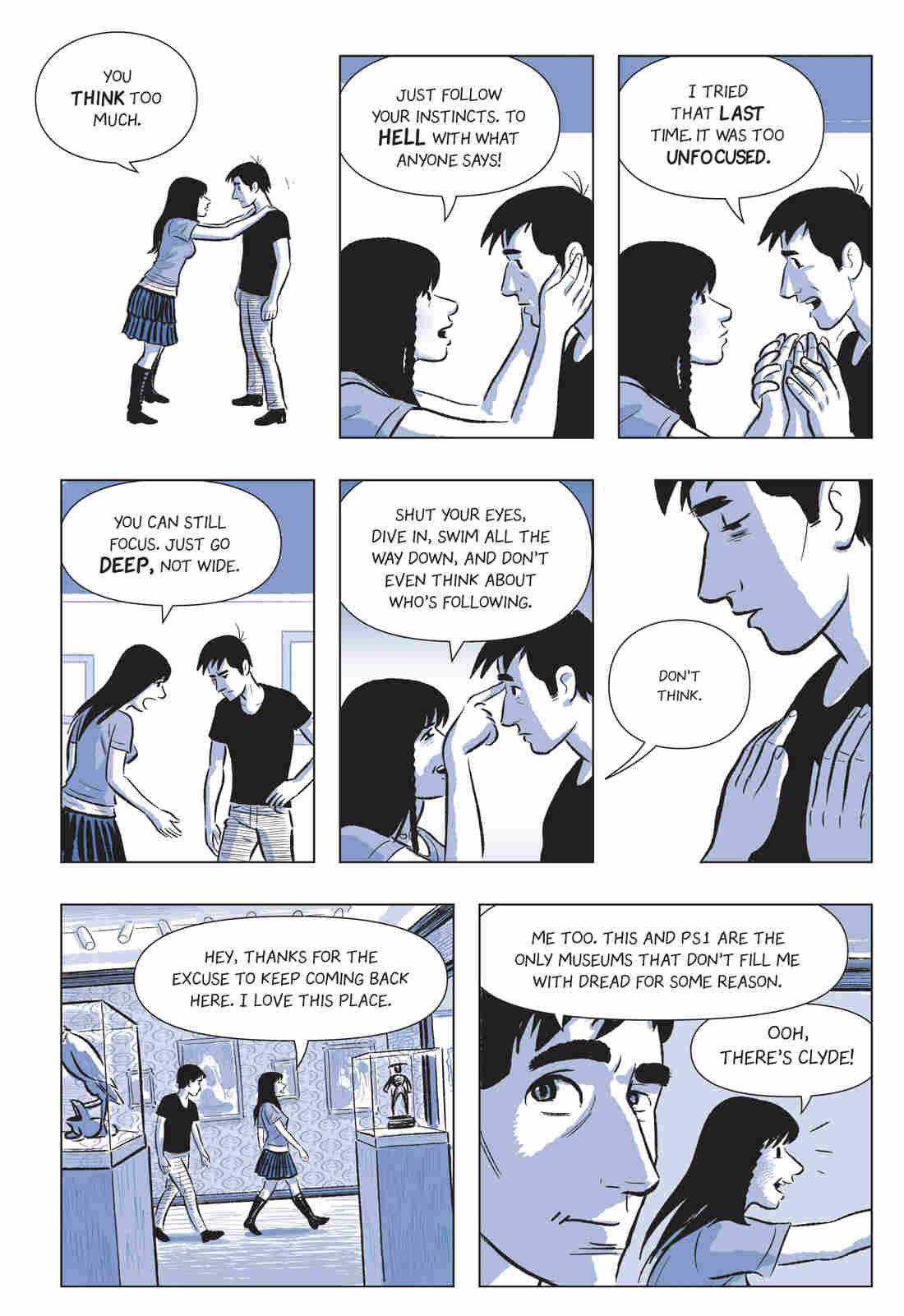 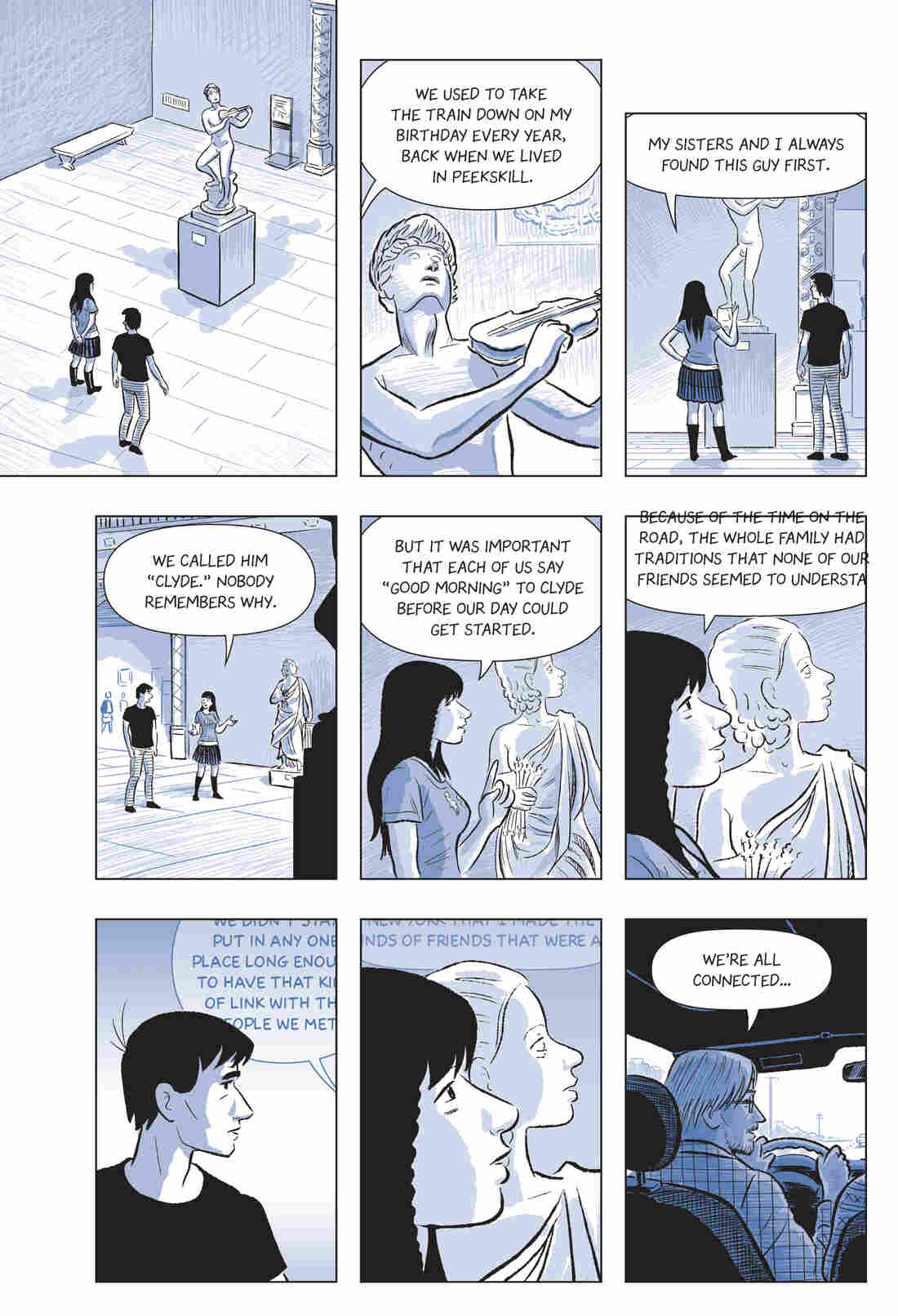 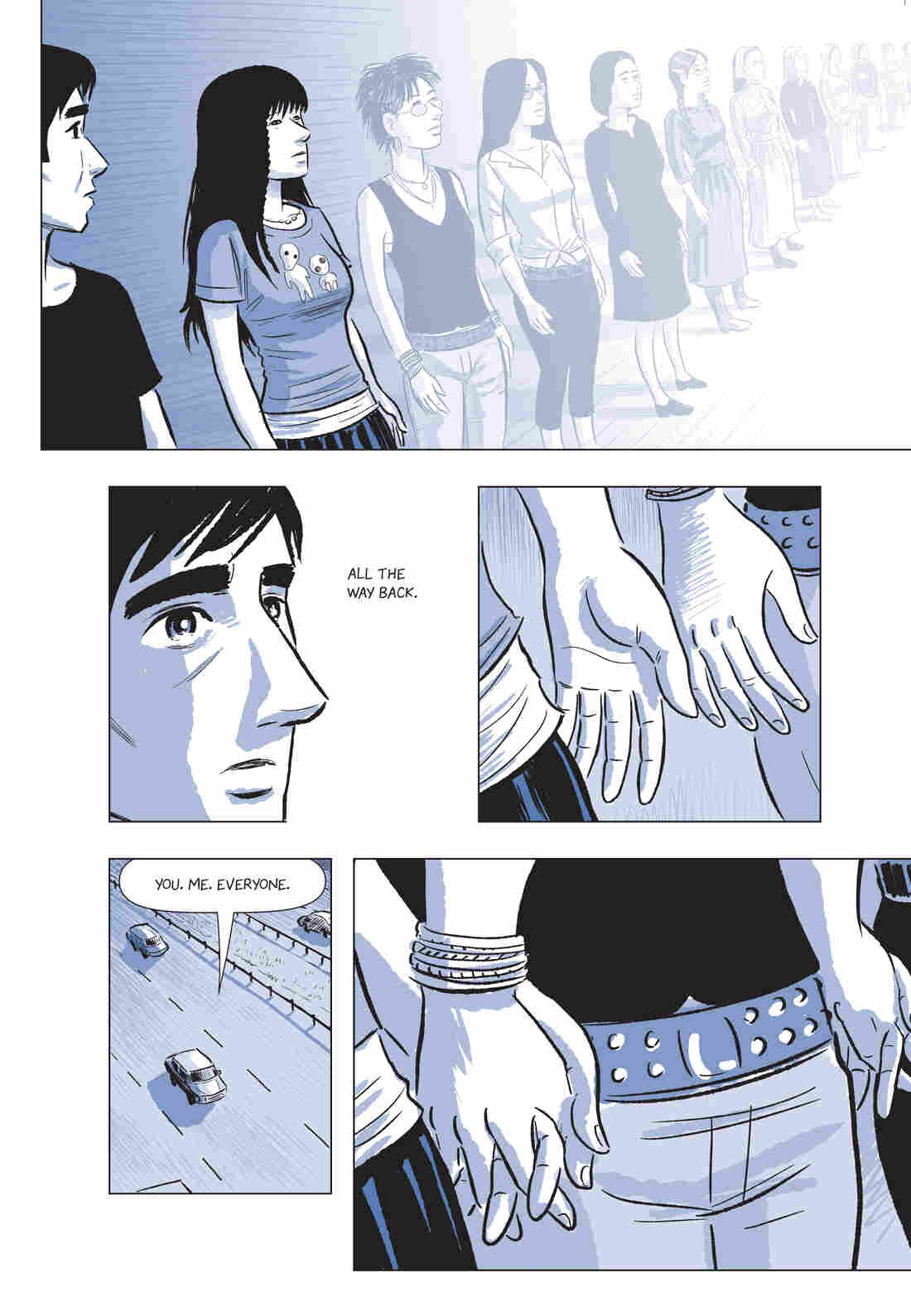 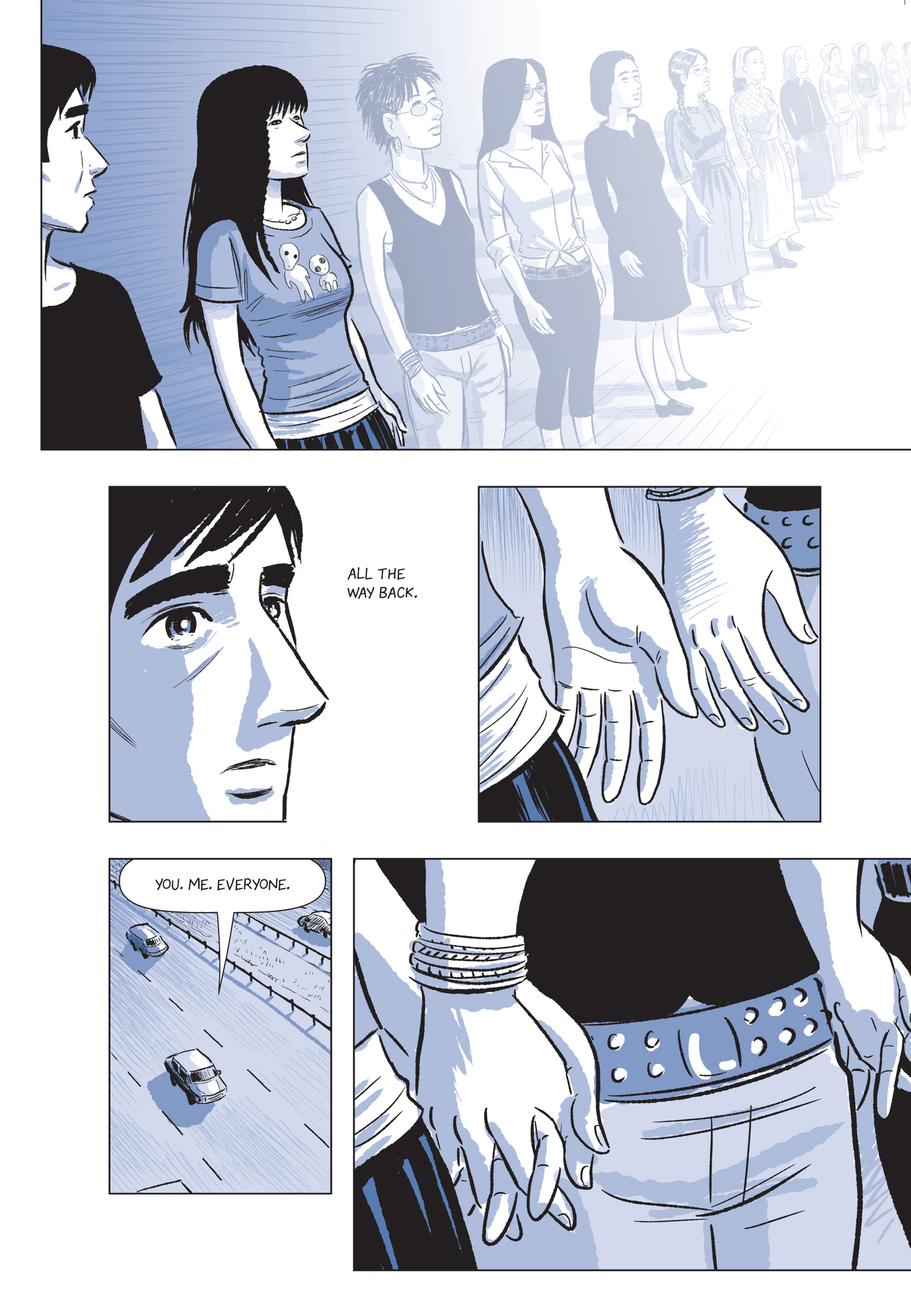 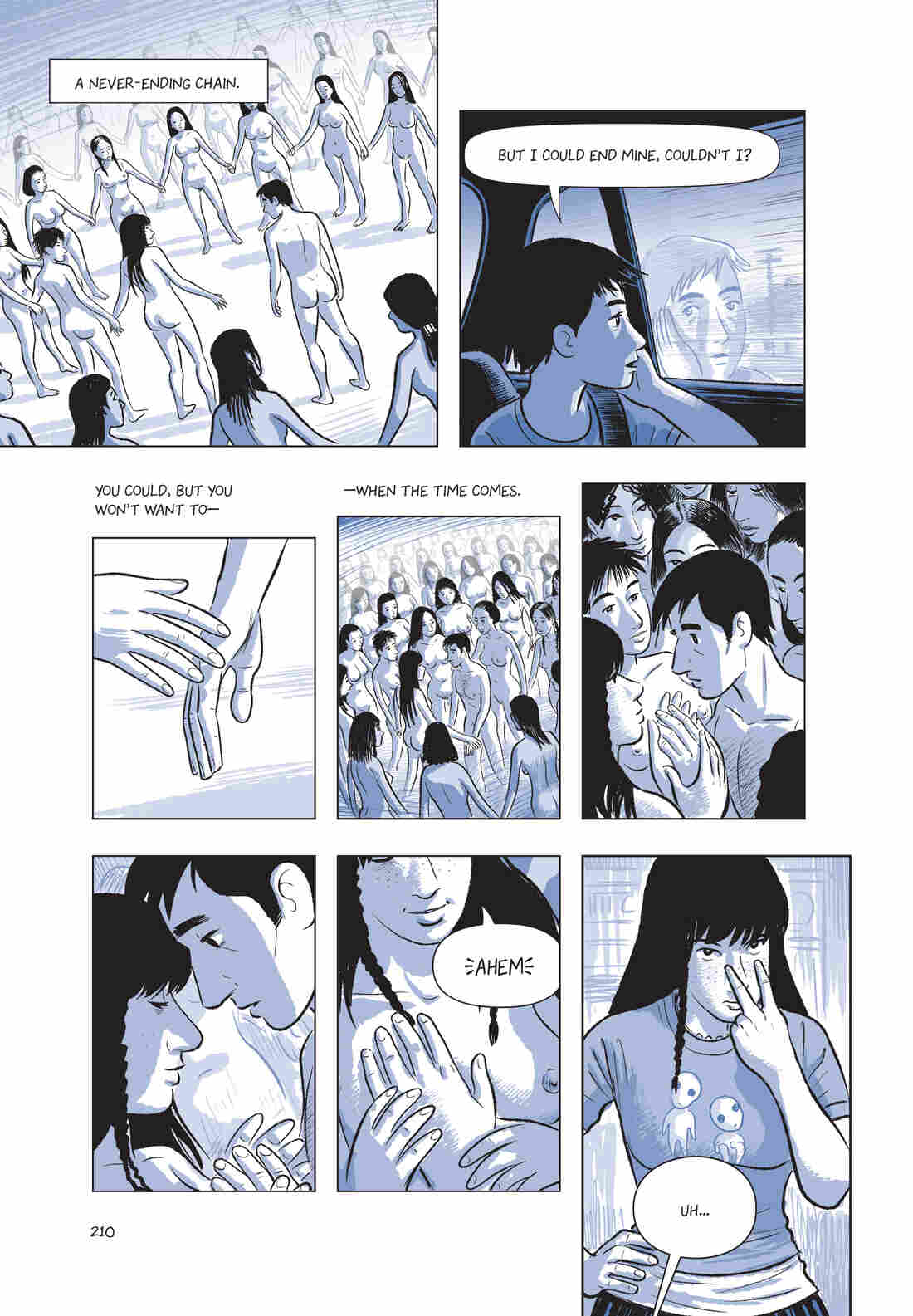 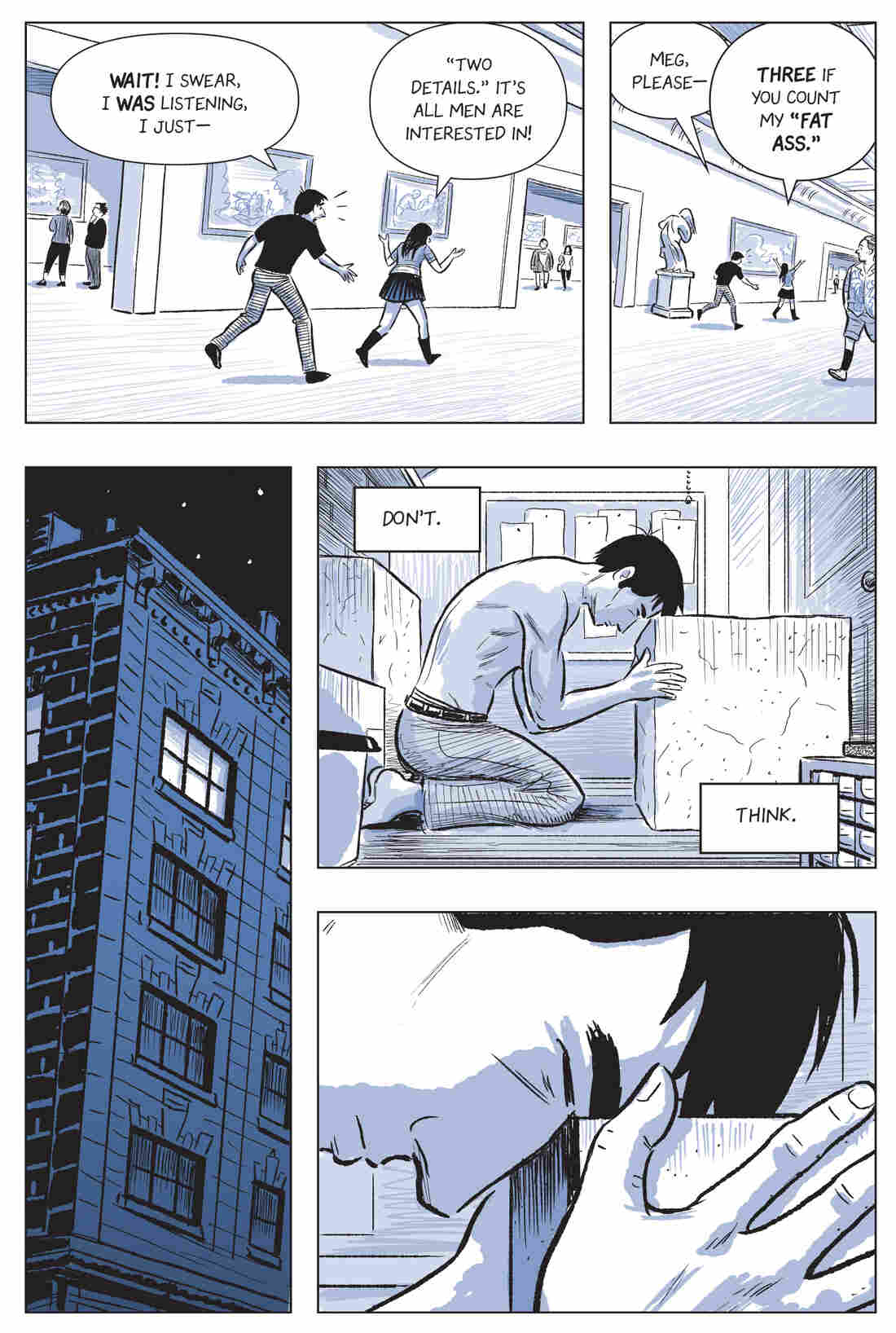 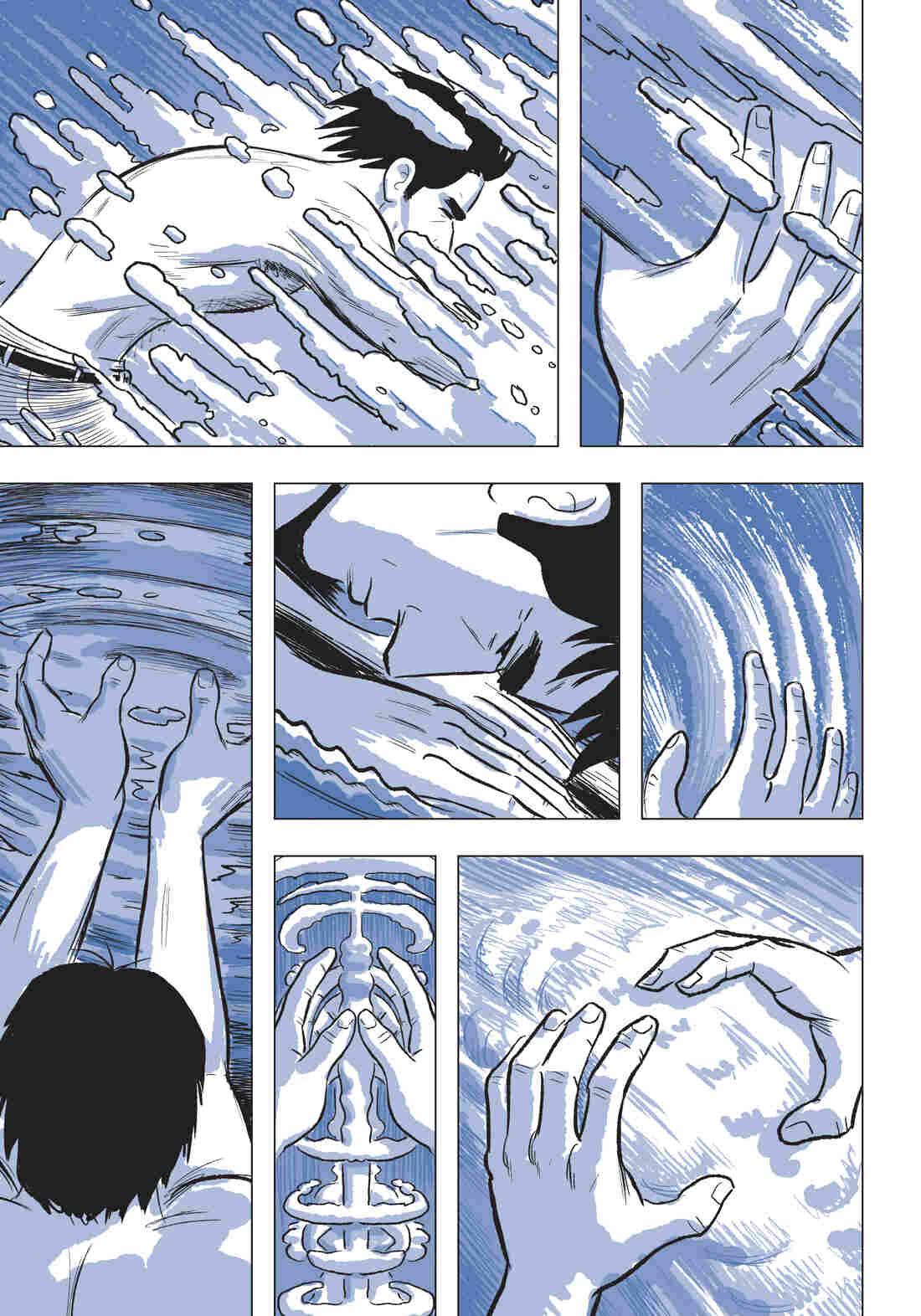 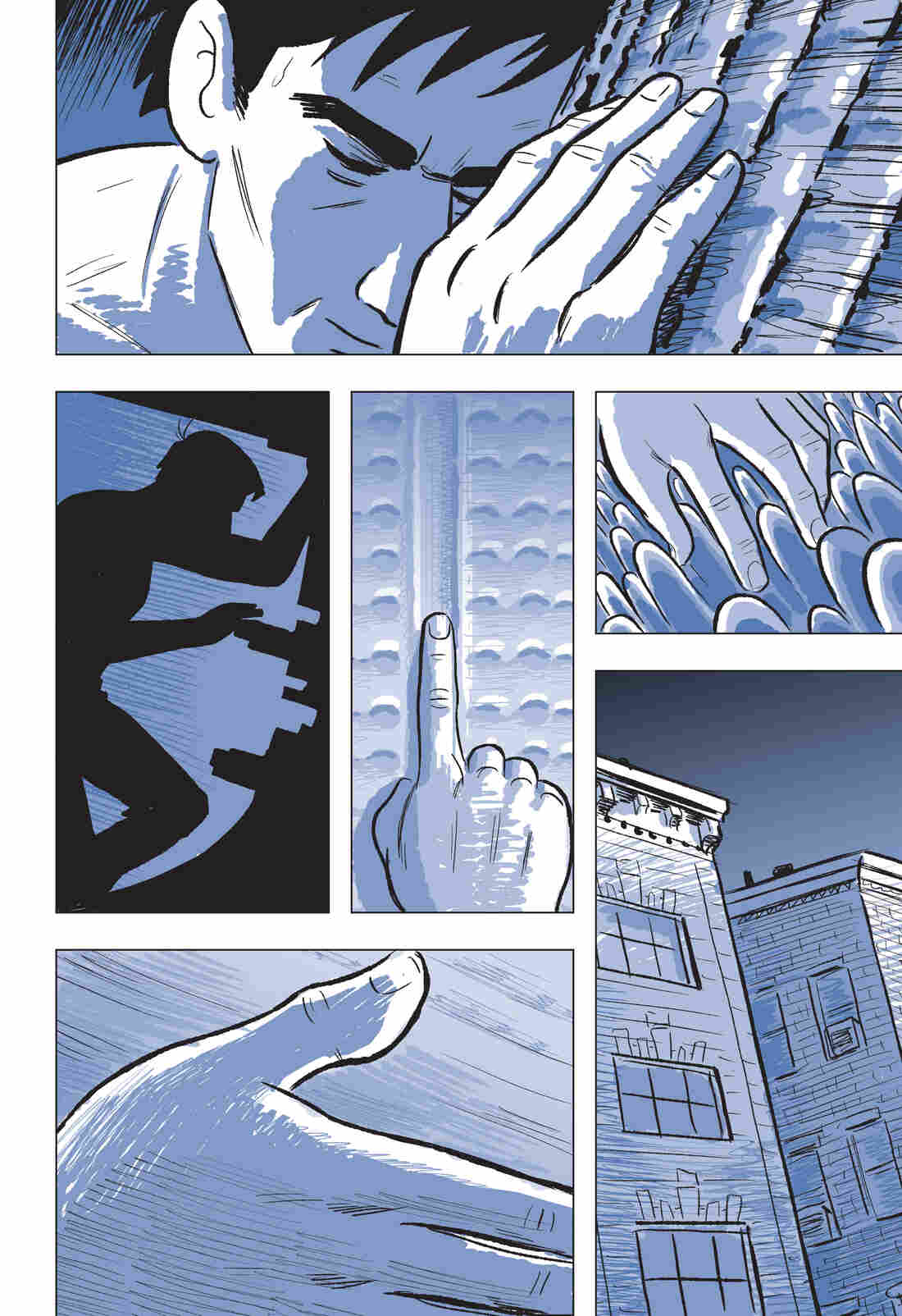 From The Sculptor, copyright 2015 Scott McCloud. Used by permission of First Second. All rights reserved.