Accessibility links
Interview: Benedict Cumberbatch, Star Of 'The Imitation Game' The actor gained critical acclaim — and a big following — for his role in Sherlock. Now he's up for an Oscar for his portrayal of eccentric mathematician Alan Turing in The Imitation Game. 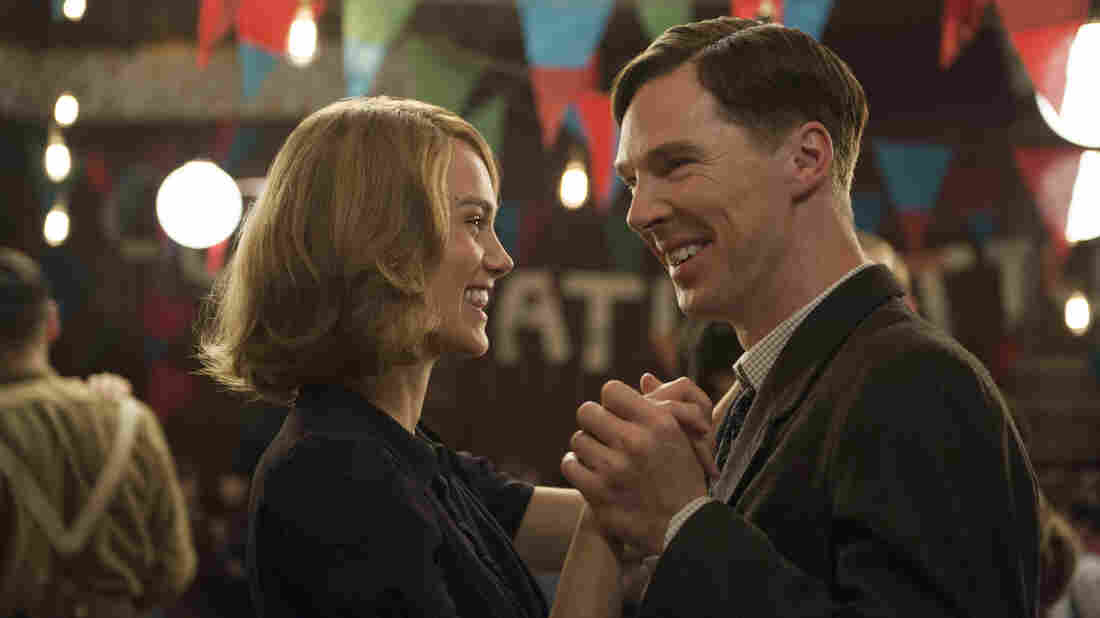 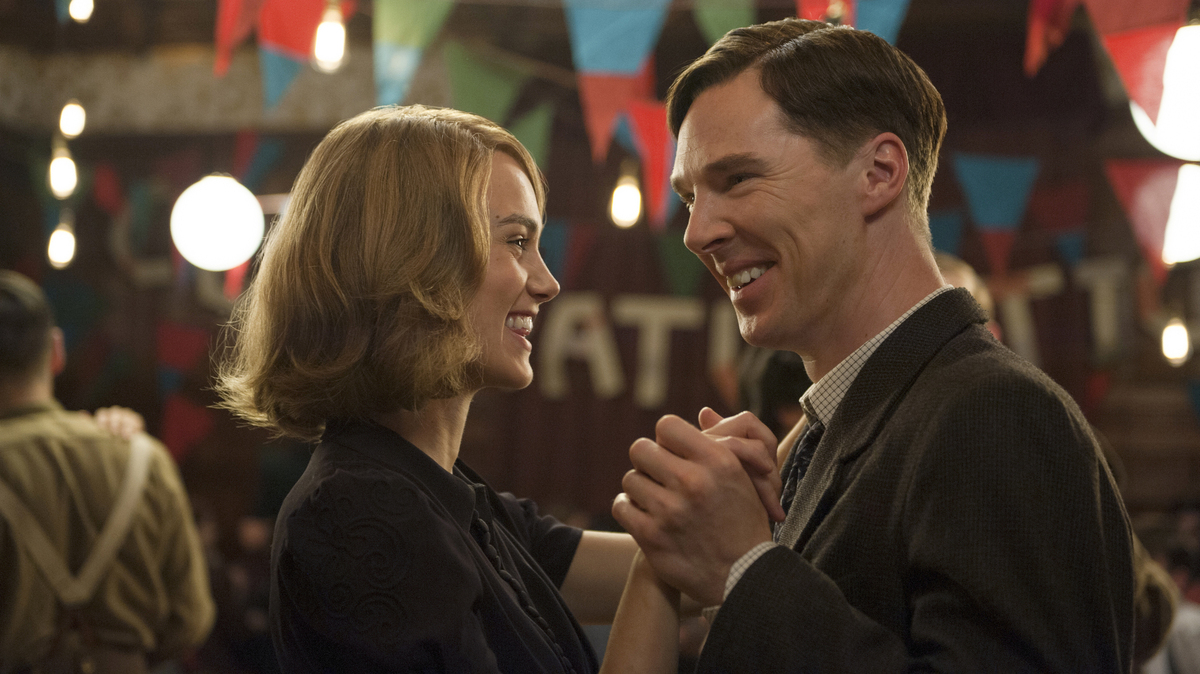 The Imitation Game, starring Keira Knightley and Benedict Cumberbatch, follows the story of mathematician Alan Turing — from his efforts to break Germany's Enigma code during World War II to his conviction for homosexuality.

It's been a good year for Benedict Cumberbatch. The English actor has earned an Oscar nomination for his starring role in the film The Imitation Game, and he's won critical acclaim — and a big following — for his performance on TV's Sherlock.

More On 'The Imitation Game'

Benedict Cumberbatch: Code Breaker Alan Turing Was A Puzzle Himself

In The Imitation Game, Cumberbatch plays Alan Turing, the brilliant, eccentric mathematician who led the team that broke the Enigma code used by German forces to encrypt their radio transmissions during World War II. Years later, in 1952, Turing was convicted of homosexuality, which at the time was illegal in Great Britain.

Cumberbatch tells Fresh Air's Dave Davies that because there are no visual or audio recordings of Turing, his portrayal of the man — including his stammer and awkwardness — relied on written anecdotes and the Turing family's own memories of the mathematician.

"The nieces I met ... were fantastically candid and had incredibly fond memories of this wondrous man and talked of him as someone who made them feel equals as children. ... They loved his company," Cumberbatch says. "They remember being very at ease; they don't remember being embarrassed or awkward about his stammer or him being embarrassed or awkward around them. That told me a lot. That told me a lot about who this man was — the arrested development in him; the idea that he could sympathize with the innocence of children because of everything the world had thrown at him to corrupt him, to destroy him, to make him an outsider."

Cumberbatch also starred in the HBO miniseries Parade's End and played WikiLeaks founder Julian Assange in the movie The Fifth Estate. His other film credits include War Horse, 12 Years a Slave, August: Osage County and the Hobbit film series, in which he played the voice of Smaug the dragon.

On empathizing with Turing's social awkwardness

More On 'The Hobbit: The Desolation Of Smaug'

I've turned up to costume parties in the wrong costume. I've made social faux pas aplenty. I've put one foot in front of the other and fallen over. If you've ever experienced the idea of feeling slightly outside, or the creeping paranoia of a teenager where you just feel that you don't quite fit into anything, where you're just finding out who you are and everyone else seems to have got it sorted, [you can relate]. ... I think what formulated very early in his life was this incredible sensitiveness to the world and his environment and the way people treated him, and that was born out of having a stammer.

On Turing's prosecution for being gay

Cumberbatch As Smaug, Before The CGI:

The choice then for men who were arrested and prosecuted for being gay was the choice between two years' imprisonment or two years' chemical castration through weekly estrogen injections. This is less than 100 years ago in a country that had just been liberated from the threat of fascism by one of the very men that they then punished for his sexuality. It's barbaric, it's frightening and sadly it's not a history lesson — it's something that we need to be equally wary of in our current climate of intolerance. ... He, in that period, chose the estrogen injections rather than the imprisonment in order to be able to continue his work. The estrogen injections not only corrupted his mind but started to eat away at his body. ... He lost this athletic body but he also lost a mind that was attuned to the one thing he was left to love and focus on, which was his work.

On playing Smaug, the computer-generated dragon in the Hobbit trilogy

[The voice is] not a natural thing to sort of switch to — it always leaves its scars. But how often do you get to play the dragon of all dragons? So it's something you commit to. It's endlessly dynamic and challenging both to how you produce the sound and what the sound is and crawling around on your belly. You're stretching, you're overarticulating your neck, so there were all sorts of journeys of discovery with that which were great. ... They did a lot of facial recognition motion capture as well as full body [work]. ... You're a child. You're playing again. You're utterly free, there are no restrictions — no hair, makeup, continuity marks, camera lens sizes, there are hardly any other actors. You're free-falling. It's great, great fun, and you get Peter Jackson all to yourself, which is a rarity on a production of that scale. 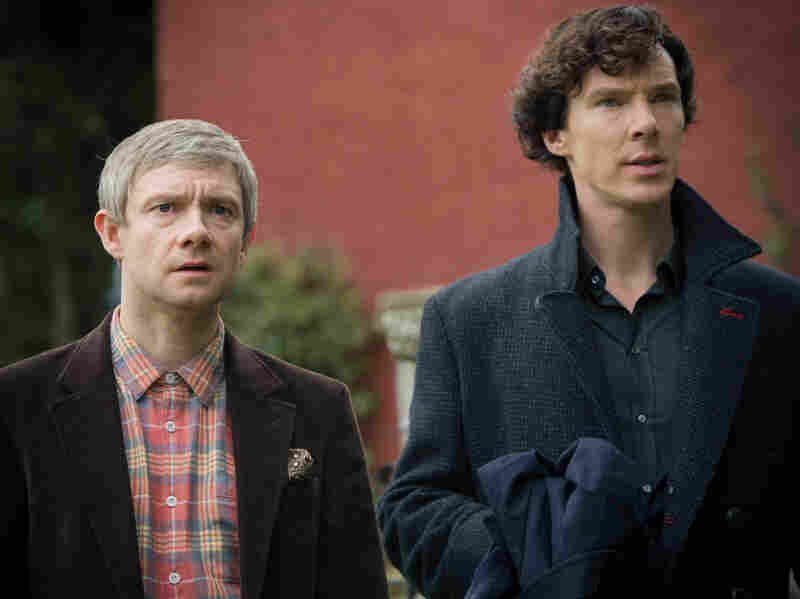 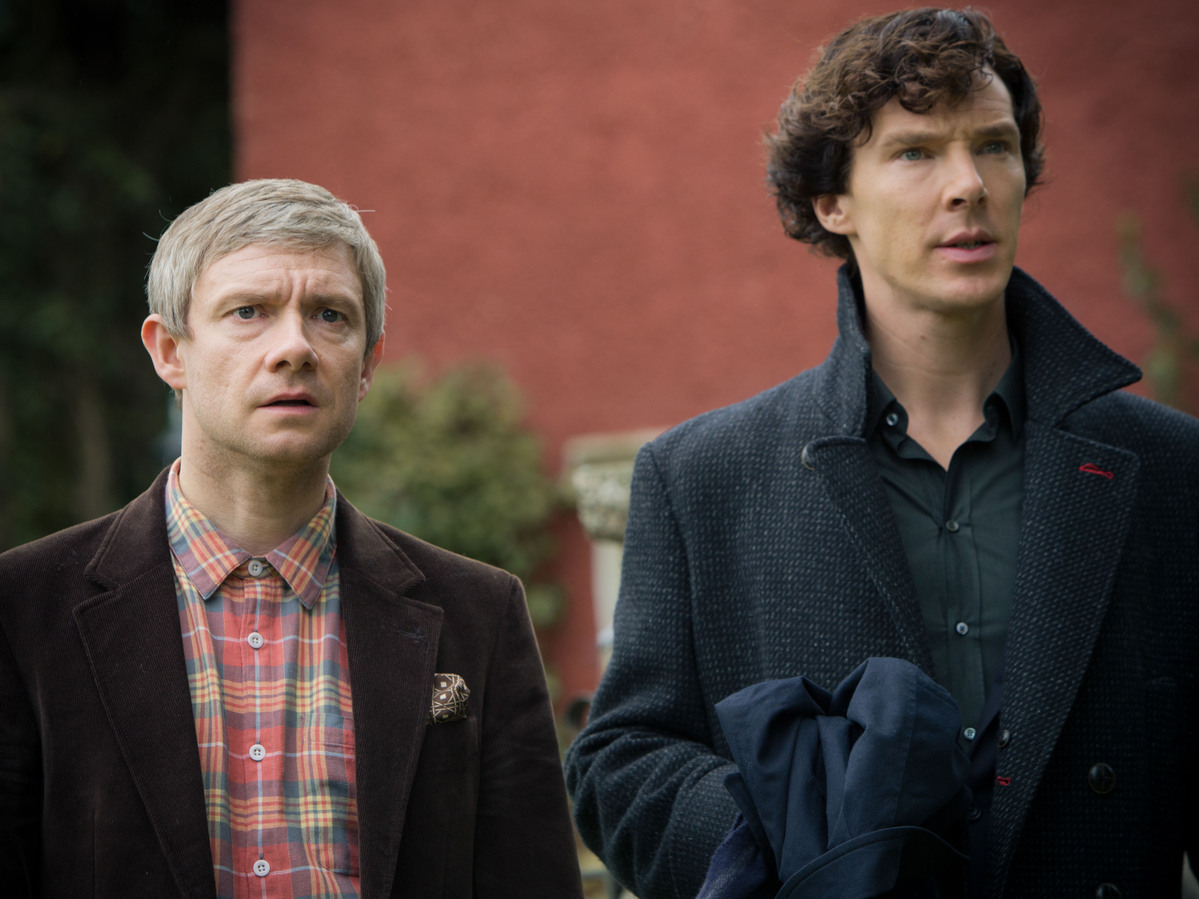 Cumberbatch (right) stars alongside Martin Freeman in Sherlock. They also appear together in the Hobbit film series.

Being really hyperobjective about it, I kind of ... do understand it because he's aloof, he's pretty cold and mean; but he's utterly brilliant, can be incredibly charming, incredibly capable and smart and funny but also flawed. I think he's rather a thrilling person to spend time with.

On his own sex appeal

It's a projection of work, and that's why you're right to ask the question about whether Sherlock is sexy, because I sure as hell ain't. And I've been around for 10 or 15 years before this happened and I wasn't on any lists of the millionth most attractive. ... It's just very flattering and it makes me giggle, as [fans] know, because it is — it's sort of silly. ... I think it is a reflection of the work and hopefully how I come across when I'm talking about the work, rather than what I actually have got.

I'm still getting used to all of it. There are days when, like everybody, you feel not your best and not yourself and uncomfortable with who you are and not in your own skin and you'd rather be at home under a duvet doing what you do at home. You crave privacy, basically, and you have to get along in the world and see a colleague and go into the office with your cold or your hangover or just whatever the thing that's griping you. And that's the same with fame, I guess. There are days you wear it lightly and you don't mind that people you've never met before recognize you when you walk in a room, or there are days when you just wish you were invisible.