Accessibility links
The Tale Of The Hockey Players For Whom 1980 Was No Miracle On Ice Gabe Polsky's documentary about the Soviet hockey team of the 1980s has a lot to say about sports, international competition, and perhaps even governments. 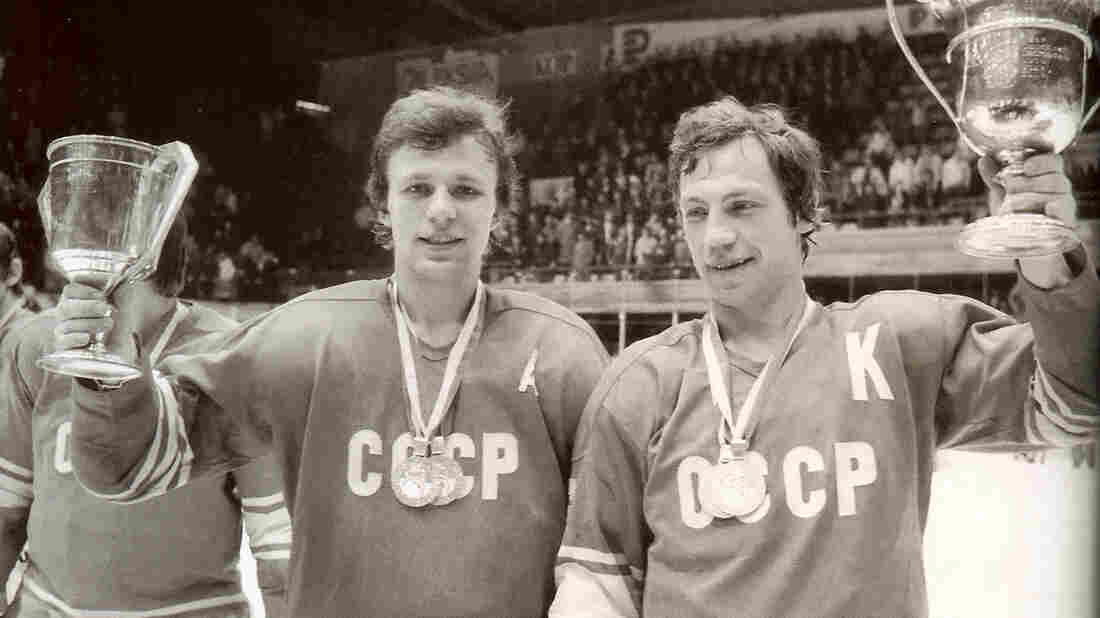 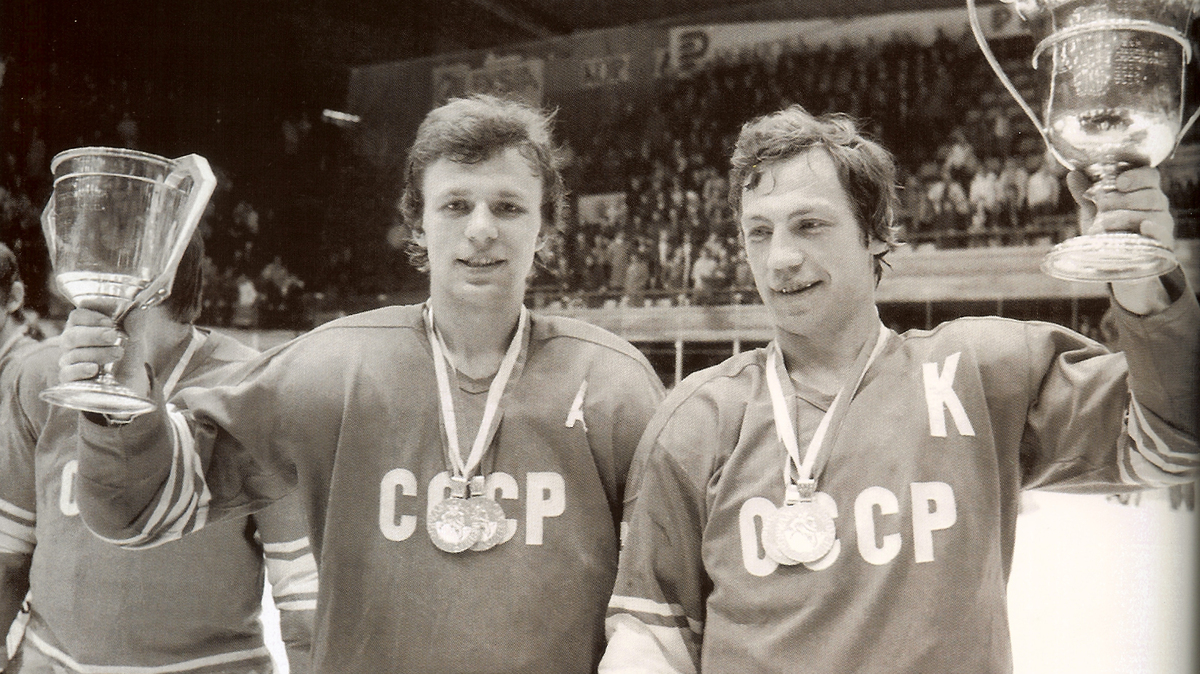 Gabe Polsky's richly entertaining documentary Red Army asks American sports and movie fans to do the hardest thing they may ever do: root for that eternal repository of villainy, the Russians. The film follows the Soviet Union's superhuman ice hockey squad, the winningest team in the sport's history and the envy of the world throughout the 1980s. Along the way, Polsky, himself the son of Russian immigrants and a former varsity hockey player at Yale, builds a case for the humanity of the athletes, national heroes instilled with patriotism who still had their passports confiscated by the Soviet authorities when they played overseas. With dark humor and an epic sweep characteristic of Executive Producer Werner Herzog, Red Army sides not with nations or ideologies but with the transcendent powers of sport.

As good a jumping-off point as any for this thesis is the "Miracle on Ice": the U.S. hockey team's legendary upset over the U.S.S.R. at the Lake Placid 1980 Olympics. What was a famous, symbolic victory for Americans — one of the greatest wins in sports history, later Disneyfied in the 2004 film Miracle -- becomes in Red Army's telling a humiliating personal defeat. The Soviet players weren't out for capitalist blood so much as the simple opportunity to do right by their country on the world stage, to show off their influential crisscrossing, balletic playing style.

Many sequences are exemplars of sharp, funny documentary filmmaking. During the "Miracle," Polsky cuts between footage of the game and his interviewees' present-day silent faces to show how the loss shamed and, later, galvanized the team into a nearly decade-long global dominance. Editors Eli B. Despres and Kurt Engfehr get great mileage from both archival and present-day footage (players crawling across the ice on their stomachs during training; a former KGB agent chatting on a park bench as his young granddaughter fidgets around him). They reveal the complicated nature of patriotism, and the absurdity in treating sports as a chest-thumping global battle of wills.

Though Polsky spends time with several of the country's top skaters, the film's de facto hero is Hall of Famer defenseman Viacheslav "Slava" Fetisov, who frequently interrupts his interview sessions to take calls on his cellphone. Fetisov left his team, weathered threats on his family, and stared down the Soviet minister of defense to leave his country and play in the NHL. Polsky demonstrates an apt gift for weaving the personal narrative with the political, showing how Festiov valued his relationships with his teammates, family and country in equal measure.

As Fetisov and his teammates journey in the public eye from hometown heroes to capitalist pigs and back again, the film uses hockey as an allegory for communism: The ambitions of the individuals and the lure of freedom (well, free agency) ultimately overpowered their collective usefulness to the Soviet Union. The story of Soviet coach Viktor Tikhonov drives the metaphor home even further: After replacing beloved hockey visionary Anatoli Tarasov, the KGB appointee exerted strict control over his players, forcing the team to spend 11 months of the year at training camp and, according to Fetisov, abusing them mercilessly and teasing them with false promises of a future in the NHL. That someone with such apparent disregard for his players could churn such legendary success out of them is presented by Polsky not just as a story about sports but as a provocative question about communist leadership.

Red Army moves at the frantic pace of a Russian hockey game: Setbacks can suddenly slip into opportunity, and vice versa. If anything, at only 76 minutes, the film is too brisk; Polsky could have done more with his brief epilogue, which sees several top stars return to a very different Russia following their own retirement from the game. Fetisov's tenure as Vladimir Putin's minister of sport is a strange attempt at a happy ending given the country's current climate. A more thought-provoking finish comes earlier, recounting how none of the individual Russian players found success in America until they reunited in the mid-'90s as the Detroit Red Wings starting line. The Russian Five brought home back-to-back Stanley Cups, cheered on by Detroit fans sporting pins reading "Believe" in Russian. Another miracle, or sports as usual?