Accessibility links
By Dimming Its Lights, Museum Opens Doors For Kids With Autism Loud noises, bright lights and crowded spaces can be painful for children with autism. That often means missing out on museums. Some, like Seattle's Pacific Science Center, are addressing the problem. 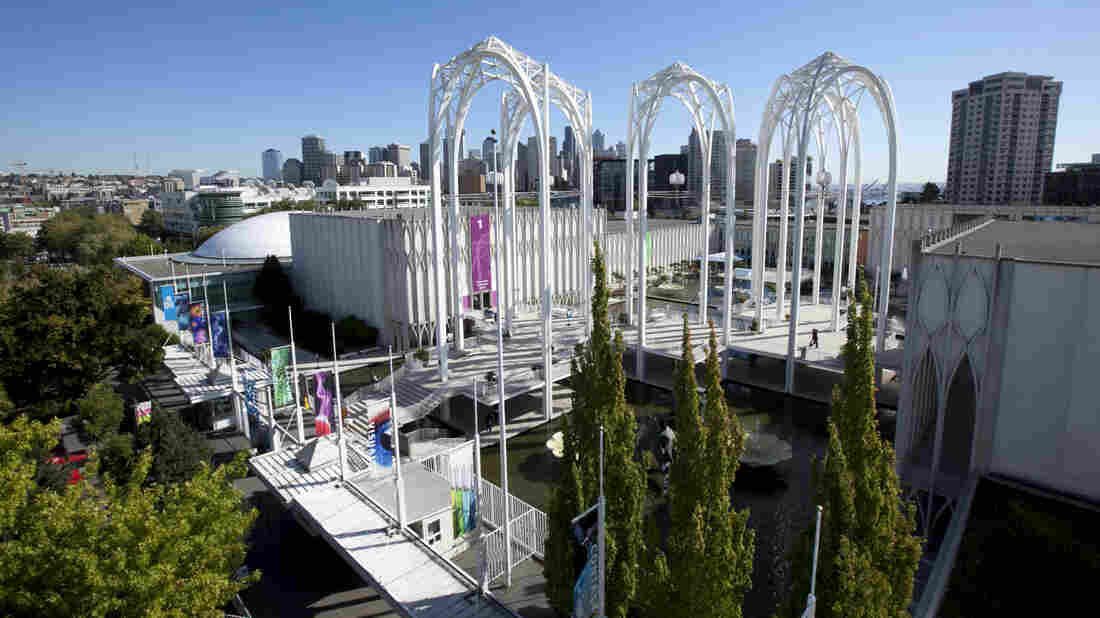 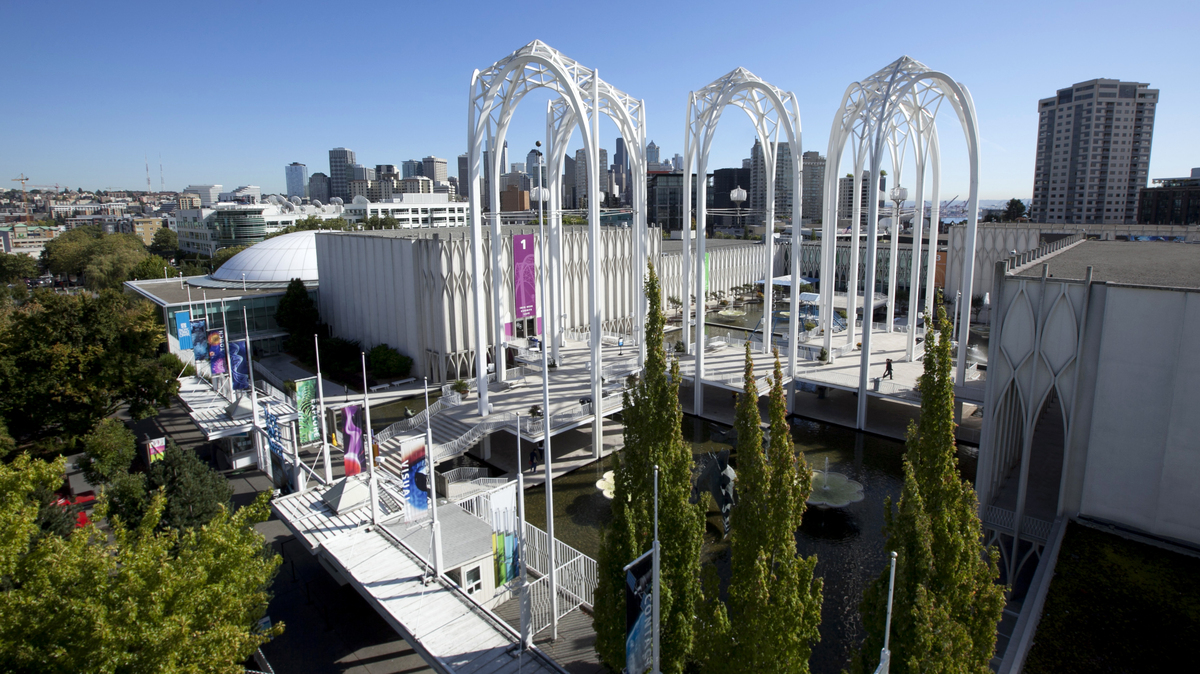 One Saturday each month, the Pacific Science Center of Seattle opens early for people with autism spectrum disorders.

On a Saturday at the Pacific Science Center in Seattle, Wash., life-size robotic dinosaurs roar. A giant video monitor shows a person sneezing as a spray of mist shoots down from the ceiling. Nearby, naked mole rats scurry blindly through a maze of tunnels.

And since it's all mud and rain outside, the place is packed with curious children and adults trying to keep up with them.

Loud noises, bright lights, crowded spaces: This is exactly the situation Mike Hiner tries to avoid with his 20-year-old son Steven, who is autistic.

He's one of the many children and young adults in the Northwest who have some form of autism spectrum disorder, or ASD: In the Seattle School District, 10 percent of the special education population has ASD, and in nearby Bellevue, that figure is 17 percent. And because overstimulation can be painful for children with autism, many parents with autistic children avoid crowded, sensation-filled situations altogether — which can mean missing out on fun outings. 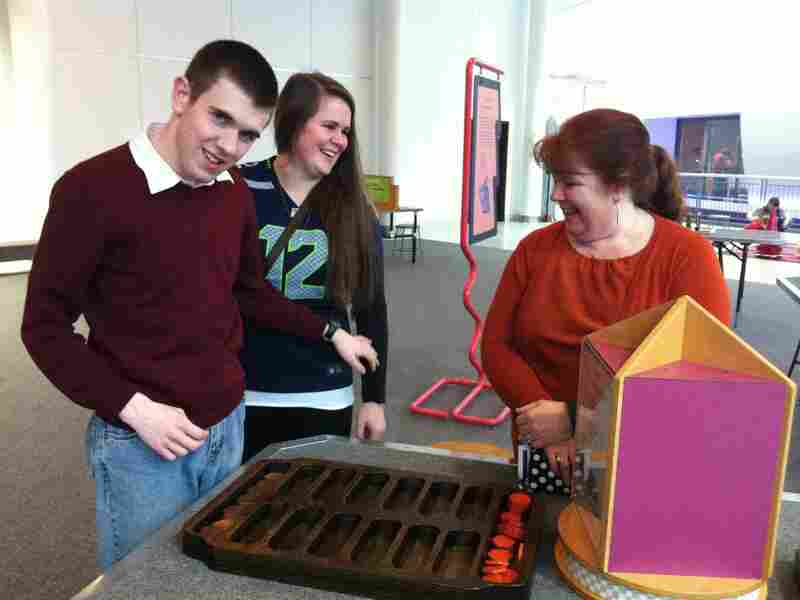 Steven Hiner, with his sister Elizabeth and his mother Carol Hiner, visited the Pacific Science Center before regular hours, so Steven could enjoy the exhibits without the crowds or bright lights. Jennifer Wing/KPLU hide caption 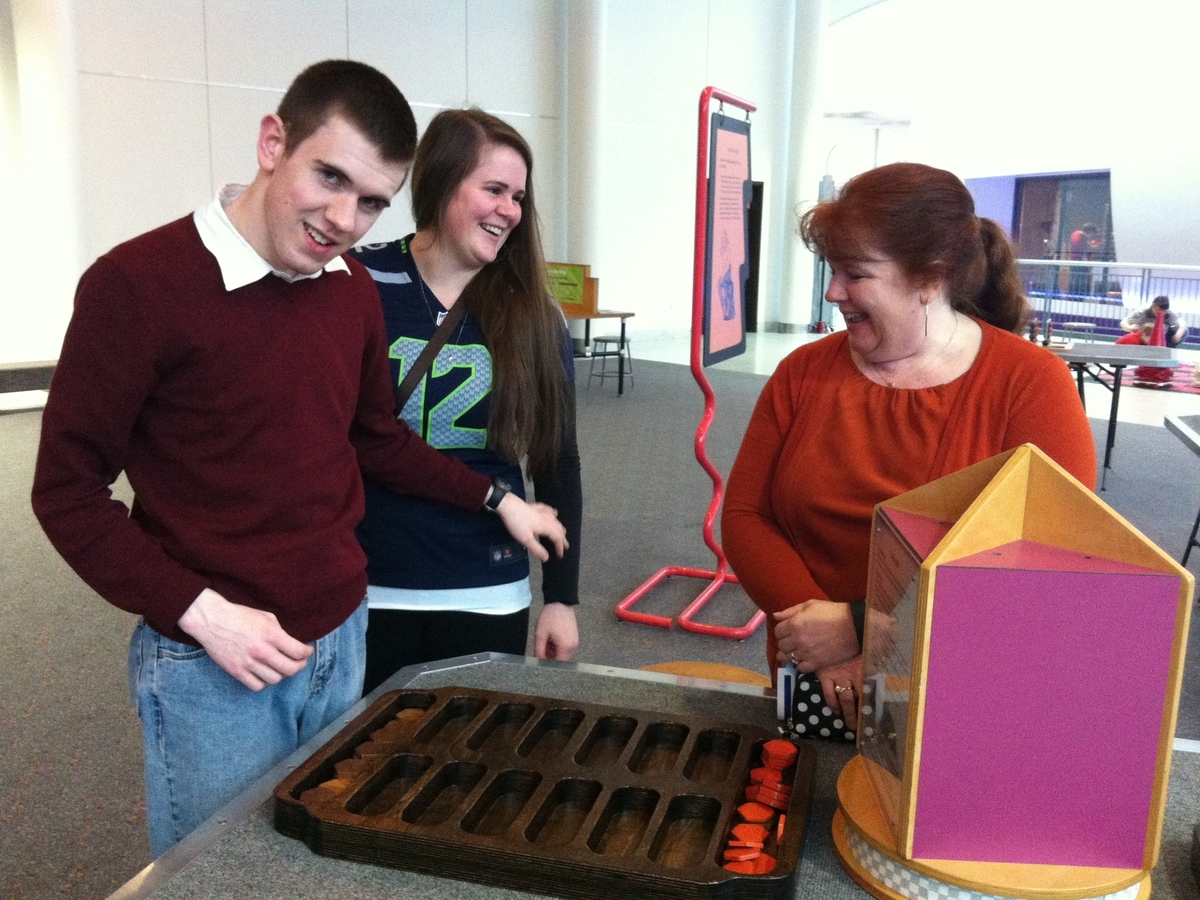 Steven Hiner, with his sister Elizabeth and his mother Carol Hiner, visited the Pacific Science Center before regular hours, so Steven could enjoy the exhibits without the crowds or bright lights.

But some museums, including the Pacific Science Center, are recognizing the problem, and toning down the sights and sounds. One Saturday each month, the museum opens up early for families with ASD — like the Hiners, here before official hours begin.

"We've got the library, you know we have our usual routines that we do," Mike Hiner says. "So it's really nice coming here for a change. The butterfly exhibit kind of freaked him out, but that's all right, we had fun."

For two hours, the lights are dimmed, the loud noises are turned down and there is room to move around because it's less crowded.

Mike Hiner says he wouldn't have come here with his son during regular hours.

"We're going to spend money to go see something and then you get there and you have to leave and it's sometimes difficult," he says. "So this is really nice."

For families with kids with autism, maintaining the requisite quiet and calm can be limiting, and lead to feeling a little isolated. The Pacific Science Center's Renee Gervais says the whole point of opening up early on these Saturdays is to offer more access.

Other museums and organizations across the country have similar programs, from the Smithsonian in Washington, D.C., to the Dallas Museum of Art. Even NASCAR holds events where autistic children go to the track to watch a live race from a quiet room.

Inside the butterfly house (the place Steven didn't really like) unpredictable, electric blue and yellow flying insects land on tropical flowers for a quick snack. Eight-year-old Desmond Tsai takes it all in. Jeffrey Eckenroade, a docent, introduces Desmond to the heavy scent of gardenias and Jasmine.

Desmond's father, Gordon Tsai, says his son would never open up to a volunteer like this if it were loud and crowded.

"Clearly you can tell he's interested and he has a lot of questions and it's just an opportunity to ask them," Gordon Tsai says. "Normally he wouldn't even try to, but now he's totally engaging with them, which is a side we rarely see."

The two hours go by fast and 20-year-old Steven Hiner has had a great time. His sister Elizabeth helps him recap the highlights: the dinosaurs and the puzzles. "They're good," he says.

And with that, Steven hops onto his sister for a piggyback ride to go check out the planetarium.