Accessibility links
How'd A Cartoonist Sell His First Drawing? It Only Took 610 Tries Tom Toro was a directionless 20-something film school dropout. Then, after an inspired moment at a used book sale, he started submitting drawings to The New Yorker -- and collecting rejection slips. 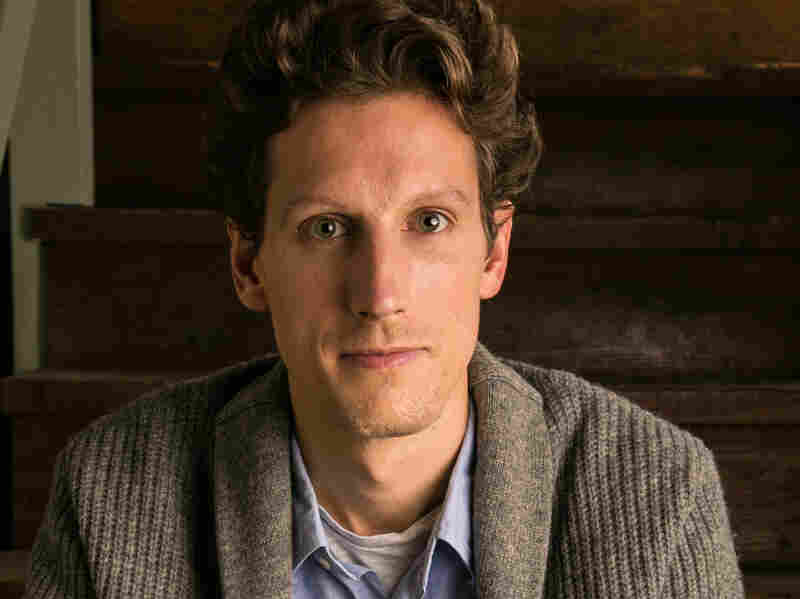 After moving back home, Tom Toro didn't know what to do with his life. But a stack of magazines at a used book sale gave him an idea. "There they were," Toro says. "Cartoons in among the articles." Courtesy of Tom Toro hide caption 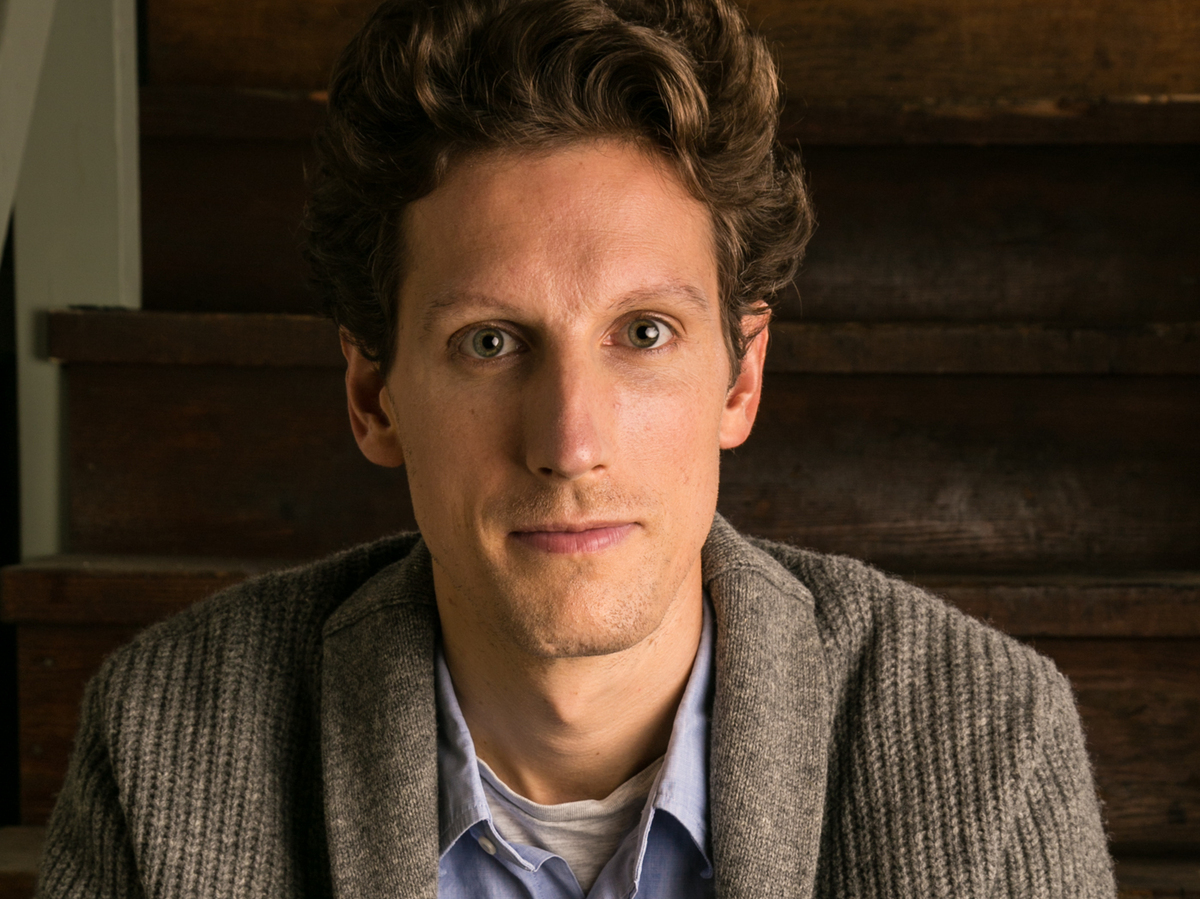 After moving back home, Tom Toro didn't know what to do with his life. But a stack of magazines at a used book sale gave him an idea. "There they were," Toro says. "Cartoons in among the articles."

Tom Toro didn't always dream of becoming a cartoonist at The New Yorker. Sure, he drew cartoons in college, but he didn't see that as a career path. Instead, he went to film school at NYU.

Then he came to the sudden realization that he was in the wrong field — and he had no idea what he was going to do.

"Up to my neck in debt, directionless, feeling lost in the huge city," Tom Toro says. "I went into a pretty dark depression. I ended up dropping out of film school. I floundered around for a little while, and I finally just had to come back home."

He says moving back in with his parents was an adjustment. He remembers the long, quiet dinners sitting around the table trying to make conversation.

"I had sort of been a golden child," he says. "I was valedictorian in my high school class, I went to Yale, I got into NYU right out of undergrad, and all of a sudden, I'm back at home. And I don't think my parents really understood what I was doing there. And I almost didn't understand myself." 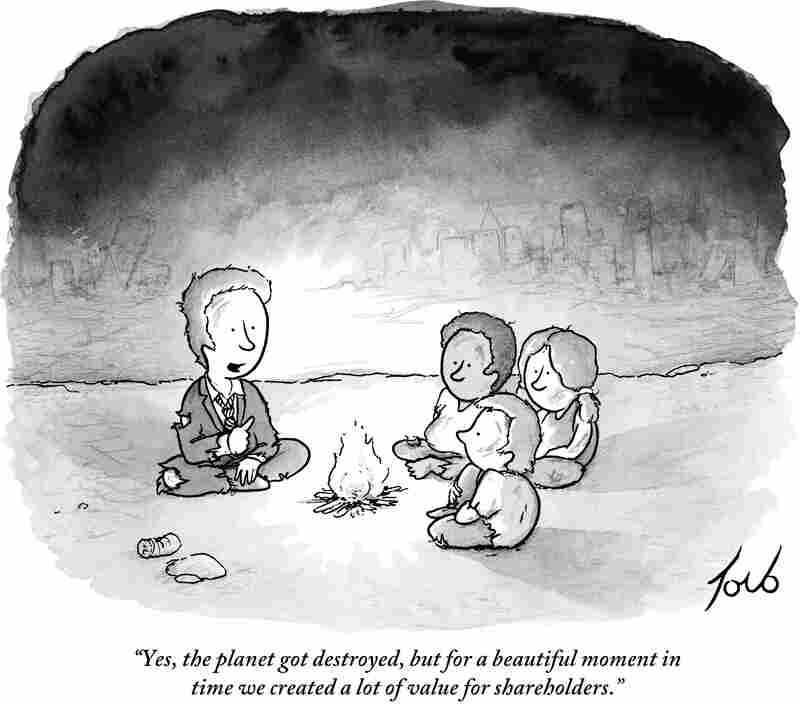 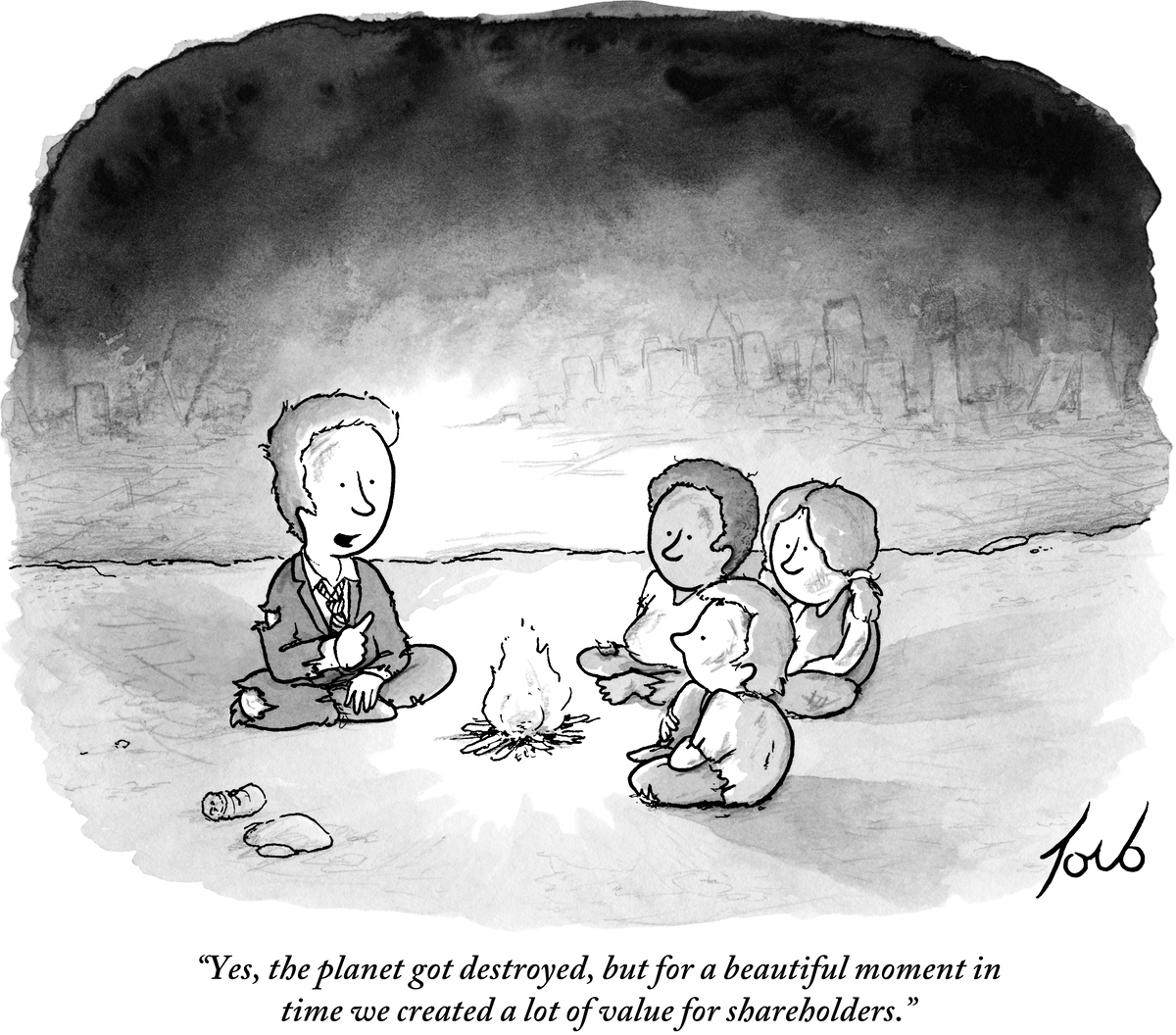 One afternoon, Toro went to a used book sale in his hometown. He opened a cardboard box and found an old stack of magazines.

"For some reason, I was drawn toward them and I started riffling through them," he says.

They were stacks of old New Yorkers.

"There they were, these cartoons in among the articles," he says. "I don't know. Something just clicked. And I started drawing again."

Toro decided to submit some of his work to the magazine. But he had no idea how.

"So I just sent them to The New Yorker by post," he says. "I would walk from my parents' house down to the post office and mail off these packets of cartoons that I was sketching together every week."

Shortly after, he received a reply in the mail: It was his first rejection note.

"It's like two of the most elegantly phrased sentences," he says. "The New Yorker found the way to most courteously and most briefly reject people. It's just beautiful. You feel so honored to receive it and yet it's a brushoff." 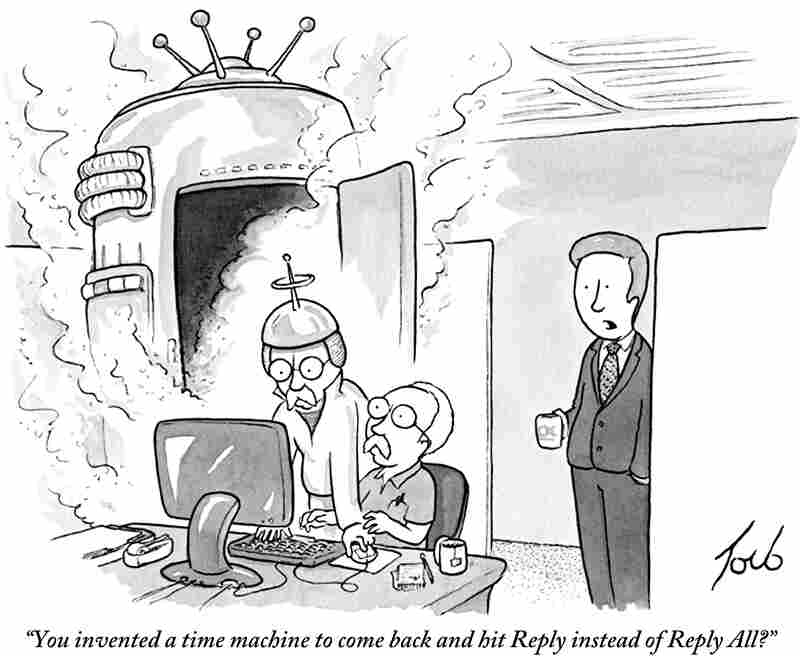 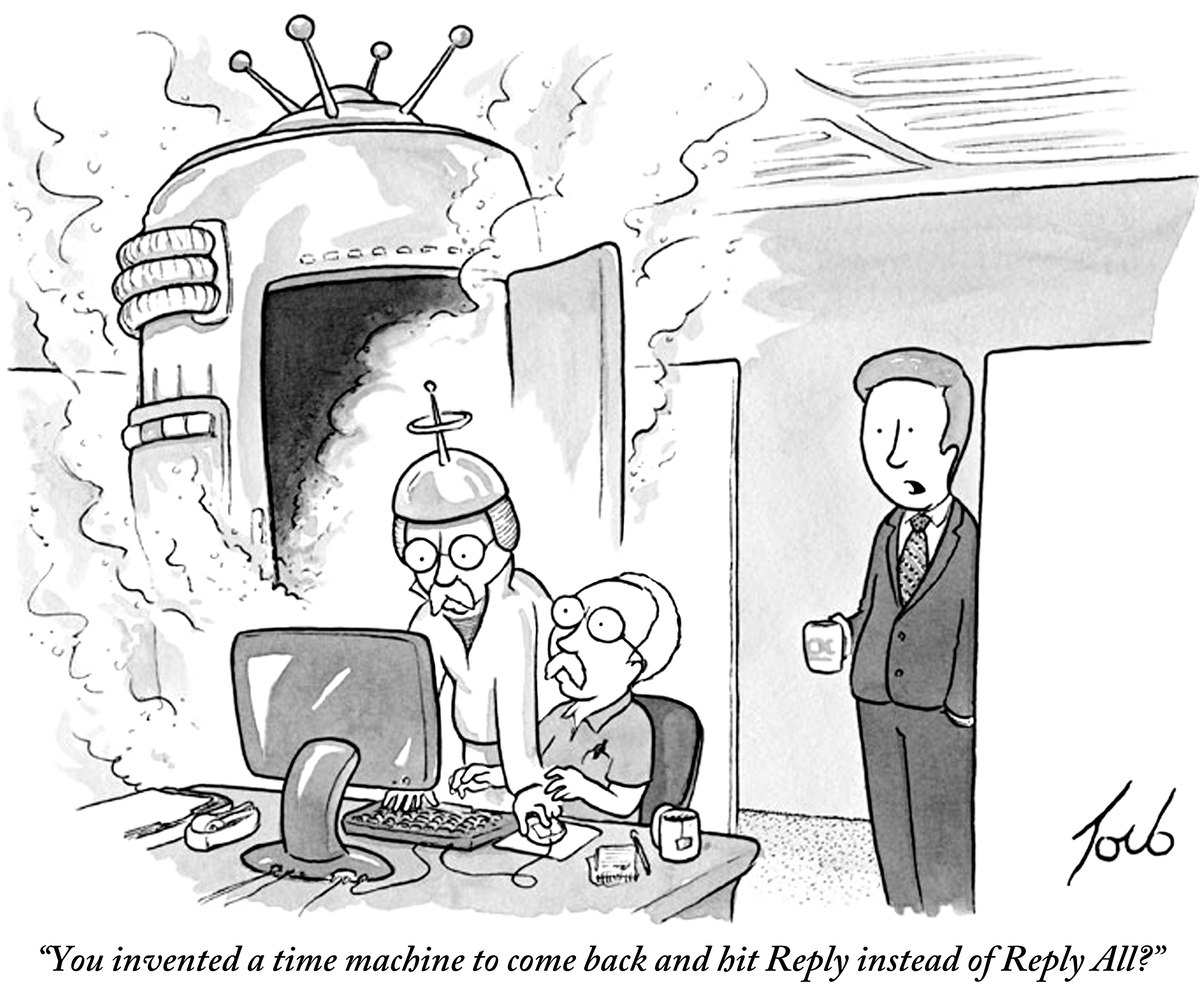 A year and a half later, Toro had a pile of rejection letters. But instead of feeling discouraged, he says, it only fueled his determination.

He traveled across the country just to introduce himself to Bob Mankoff, the cartoon editor at The New Yorker.

"I went in, he looked at my stuff — I was just nervously sitting there waiting for him to say something," Toro says. "And I remember he looked up and said, 'I don't see any joy in these. These aren't ready yet.' "

Toro says that's the comment that stuck with him.

"So I went back home and I just threw everything that I had done previously out the door, sat down with a blank sheet of paper, and just tried to draw from the heart," he says.

Toro was still receiving rejection letters in the mail, but he says his cartoons were getting better. Toro was finding his style.

And then, one day, he wandered into his mom's office to check his email. 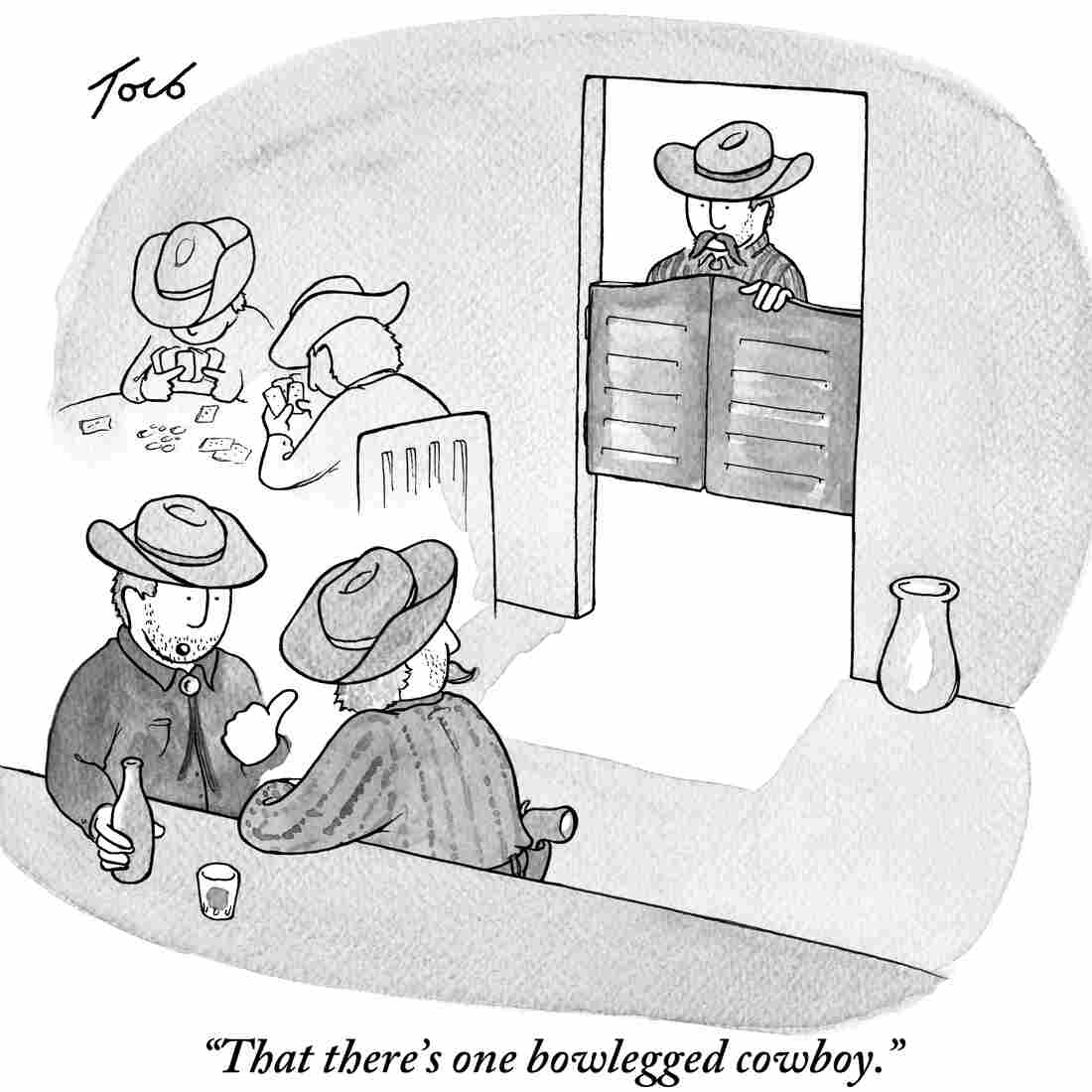 Above, Tom Toro's first cartoon picked up by The New Yorker. The 610th drawing he had submitted to the magazine, it was published the week of his 28th birthday. Tom Toro/The New Yorker hide caption 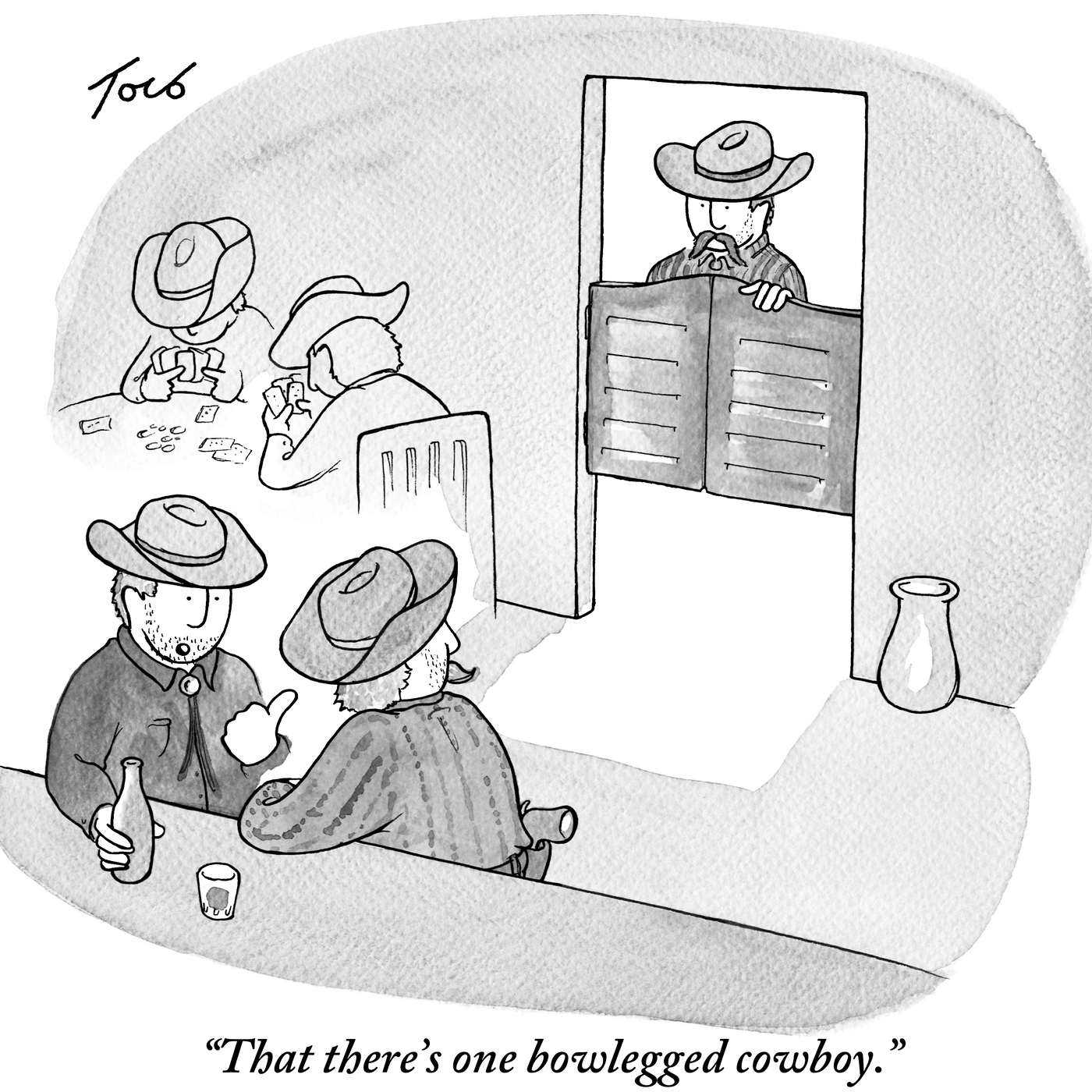 Above, Tom Toro's first cartoon picked up by The New Yorker. The 610th drawing he had submitted to the magazine, it was published the week of his 28th birthday.

"Went in there, logged in, and there sitting at the top of my inbox was an email from [Bob Mankoff's] assistant," Toro says.

It was the 610th drawing Toro had submitted to The New Yorker.

We want to hear your big break. Do what Tom Toro did and send us an e-mail at mybigbreak@npr.org.