Accessibility links
Latitudes: The Global Music You Must Hear In January Catch the sights and sounds of two recently departed artists, an exuberant celebration of life and a deeply engrossing — and ear-splittingly adrenalized — documentary.

Latitudes: The Global Music You Must Hear In January

Latitudes: The Global Music You Must Hear In January 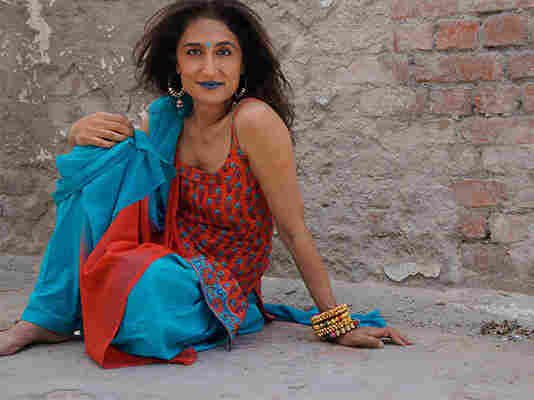 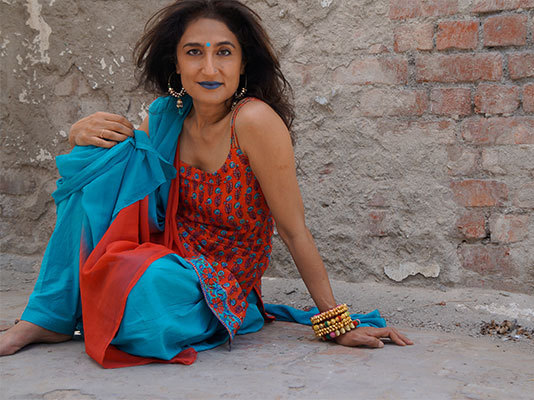 Sahiba Kaur Chawla/Courtesy of the artist

This month, I'm very sad to mark the passings of two great artists who used their talents to larger ends.

Born in Paris to Swiss and French Alsatian parents, Julien Jalâl Eddine Weiss was unlikely to become one of the great bulwarks of Arab classical music. He died on January 2 in Paris at age 61, after a long battle with cancer. As a young man, he was so moved by a concert by Iraqi oud master Munir Bashir that he threw himself into Arab classical music, first as an oud player and later as a consummate master of the qanun, or hammered dulcimer. In 1983, he founded an instrumental group, the Ensemble Al Kindi, that explored music from across the Arab world. Their project culminated in 15 albums and many spectacular performances at venues including Carnegie Hall, London's Royal Festival Hall and the Théâtre de la Ville in Paris. Many appearances were collaborations with other regional legends, including the phenomenal Syrian singer Sheikh Hamza Shakkur, as well as with the Whirling Dervishes of Damascus, a Sufi group. Weiss himself was a Sufi practitioner who took the Muslim name Jalal Eddine in homage to the great Sufi poet and founder of the whirling dervishes, Rumi.

Weiss' last large-scale project was his Stabat Mater Dolorosa, a project in praise of the Virgin Mary that brought together more than 40 Christian and Muslim performers from across the Mediterranean, including muezzins and singers from Damascus and Istanbul and a Greek Orthodox choir from Athens.

Chitresh Das was a wonderful artist who nurtured a traditional Indian dance form and brought it to new audiences. He died on Jan. 4 in San Rafael, Calif. at age 70 from acute aortic dissection, a tearing in the heart.

Das excelled in the style called kathak, which became formalized in the Muslim courtly traditions of 16th-century India. In it, a performer has to fulfill three distinct functions: as a dancer, as a storyteller using gestures and ritualized facial expressions, and as a percussionist whose feet are turned into stamping instruments accessorized by dozens of tiny ankle bells.

Born in Kolkata Nov. 9, 1944 to parents who ran a dance school, Das was an extraordinary performer in his own right, but he also used his gifts to deeper ends. After teaching for a year at the University of Maryland in 1970, he was invited by sarod master Ali Akbar Khan to create a kathak program at the Ali Akbar College of Music in San Rafael, Calif. Das was based in the Bay Area after that, founding his own school and dance company in 1979 that later had branches across Northern California, and sprouted other schools established by his pupils in other American and Canadian cities in the ensuing decades. In 2002, he restarted his parents' school in Kolkata, and the following year, he began working with a nonprofit in the city's red-light district to teach kathak to the children of some of the city's sex workers as an avenue for self-empowerment.

Turning now to a current artist, Indo-Canadian singer Kiran Ahluwalia has been on the scene for a while — she's already won two Juno Awards — but it feels like she's just coming into her own artistically. Born in Patna, India and raised in Toronto, she has her grounding in North Indian classical music and the poetic ghazal song styles, including intense study in India. But Ahluwalia has spent a lot of time in the years since exploring other genres, from Celtic fiddling to Portuguese fado. The most fruitful and dynamic interminglings, though, have come since she fell in deep love with the desert blues and Tuareg guitar, especially those of her friends and collaborators Tinariwen, echoes of which you can hear on her song "Hayat" (Life). Underpinned by a rollicking, "desert blues"-flavored guitar played by her husband, jazz artist Rez Abbasi, and percussionist Nitin Mitta spinning out Tuareg rhythms on the tabla, it's an inspired and fresh formula. To accompany the song, Ahluwalia shot a video in the indelibly memorable city of Benares, India, along the Ganges River.

Finally, here's something to catch on Netflix before it disappears: the 2013 music documentary Brasslands, which chronicles three Balkan brass bands — one hailing from as far afield as exotic Brooklyn — as they vie for glory at the world's largest trumpet festival in the small town of Guča, Serbia. (It's a town of barely over 2,000 that claims 500,000 visitors during the annual festival.) This film is stuffed with great music — not to mention that blazing Balkan brass sound — but what's even more telling is what it exposes about cultural mindsets, particularly when it comes to the seemingly unnavigable chasm between "white" Serbia and their "black," Roma (Gypsy) population.