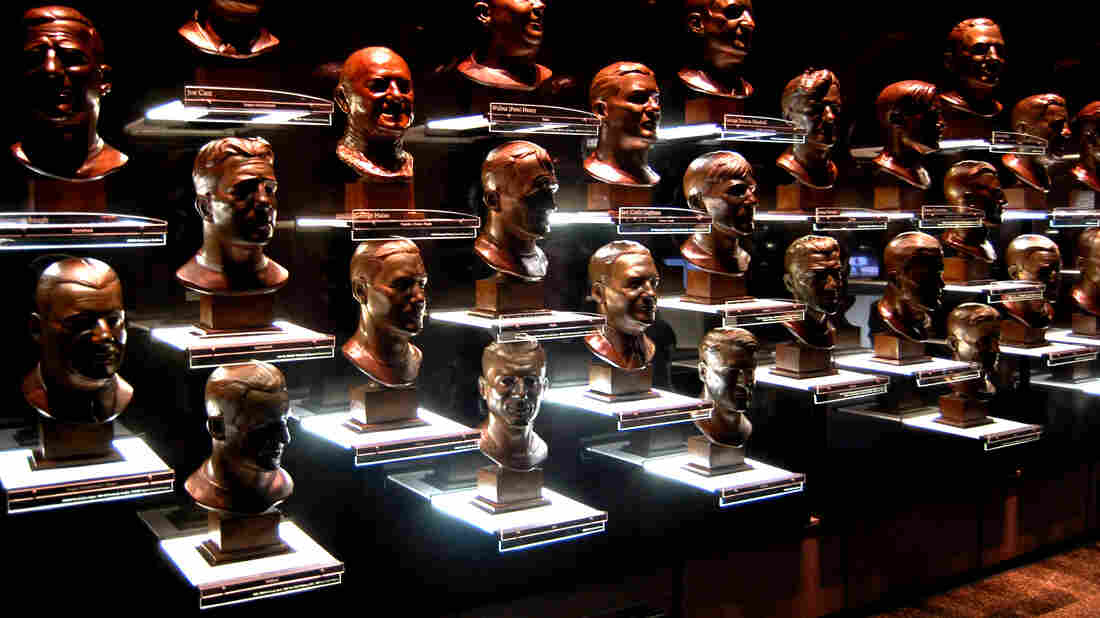 There are more than 160 living Hall of Fame football players. The famous busts of the inductees line the walls in the Pro Football Hall of Fame in Canton, Ohio. JW Ogden/Flickr hide caption 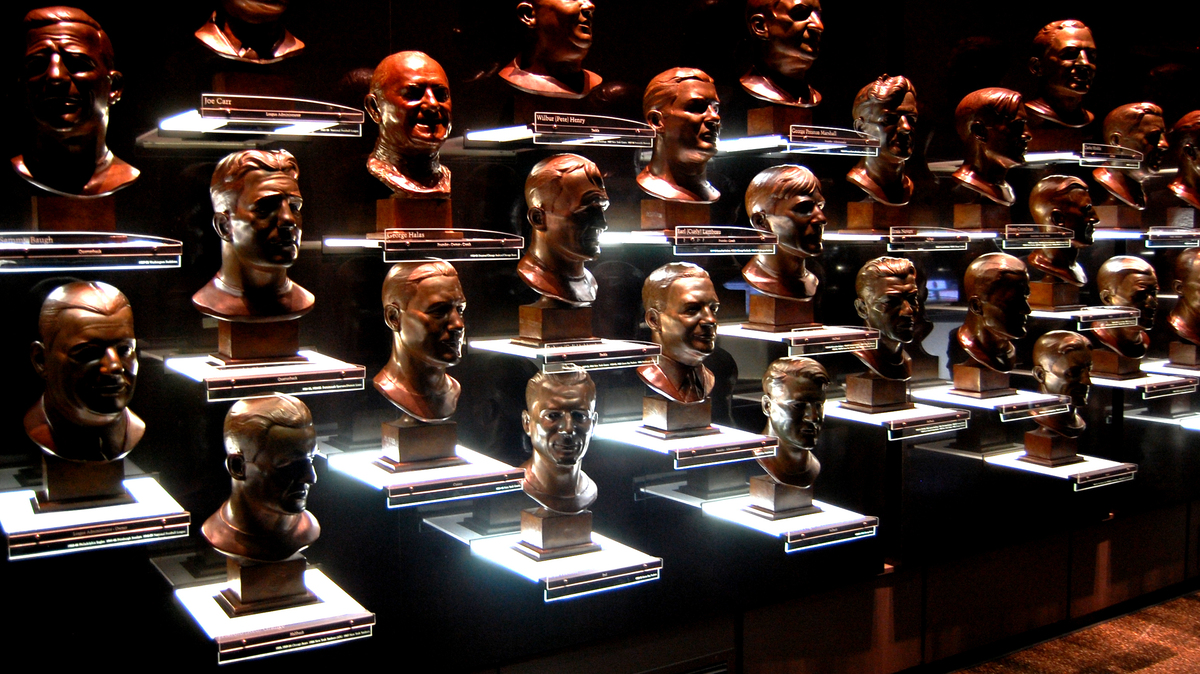 There are more than 160 living Hall of Fame football players. The famous busts of the inductees line the walls in the Pro Football Hall of Fame in Canton, Ohio.

The newest inductees into the Pro Football Hall of Fame will be picked on Saturday. This happens as the Hall itself is planning a radical change over the next four years — transforming from a museum into a complex of hotels, conference centers and corporate training facilities — what backers envision as the Disney of Pro Football.

But, perhaps the most unusual part of that project is an assisted living center for aging Hall of Fame football players.

When David Baker talks about the Pro Football Hall of Fame, you can almost imagine the pounding music of NFL films under his voice.

The Hall of Fame, he says, is there "to honor the heroes of the game, to preserve its history, to promote its values and to celebrate excellence everywhere."

But Baker, who took over as president of the Hall a year ago, also sees a museum — like many sports museums — with stagnating attendance. And he sees the answer through a developer's eye.

"When a developer comes in and looks at a piece of property, he tries to find, 'What's that diamond in the middle?' " he says. "That diamond's already here in the Pro Football Hall of Fame. The question is, how can we complement it."

Baker thinks the "how" is an eventual $1.3 billion plan that would include an assisted living center he calls "Legends' Landing." It's part business, part nostalgia and part a sense of responsibility to ballplayers whose bodies — and possibly brains — have been bruised by the game.

"Can you imagine anything that would be better to help you come alive than say, 'Hey, I love football, I love the game — this is where I want to spend the rest of my time,' " he says.

Baker is sure that there's a demand for a place like this. There's already a parallel — The Motion Picture & Television Country House and Hospital in Woodland Hills, Calif.

And there are more than 160 living Hall of Fame football players.

Ed Rosenberg is a social gerontologist who has studied athletes in transition.

He says the Hall of Fame concept makes sense, and could specialize in treating dementia, from which ballplayers suffer disproportionately. But he says there's more.

Stephany Coakley is a sports psychology consultant who helps football players adapt to life after the pros. She notes that the time between the end of even a star player's career and when they are ready for assisted living is a long one. And she's not sure what's being proposed is developmentally appropriate.

"I think that there are things that you can continue to do and grow and learn and develop as you get older without stepping back to your glory days," Coakley says.

Still, she too thinks there will be a market for the project.

Hall of Famer Dave Robinson squeezes into a narrow booth at the Diamond Grille — a 1950s-era steakhouse in Akron, Ohio — and debates what could have gotten his beloved Packers into Sunday's Super Bowl. Robinson played for Green Bay in the '60s and early '70s.

He's also among the thousands of players who have sued the NFL over pensions and injury compensation. He forgets appointments — a lot.

But none of that has a place when he talks about his love of the game.

And he says the Hall of Fame raises that to a higher level.

"Hall of Famers have a bond and to be with a bunch of Hall of Famers, it's almost like a dream come true," Robinson says.

Tom Mack is a Hall of Fame guard who played for the St. Louis Rams. He says the project's success will rest largely with the answer to one big question: "Are there things to do and are there people to interact with and interface with?"

The Hall's president and cheerleader, David Baker, is convinced his Legends' Landings will have plenty of both — in a unique blend that honors the past and embraces the future.