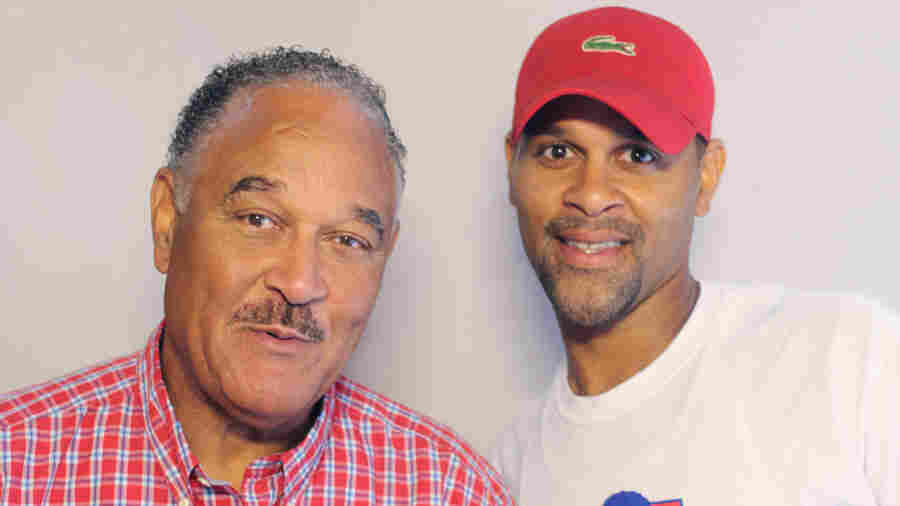 Wendell Scott's son Frank Scott (left) and grandson Warrick Scott at StoryCorps in Danville, Va. Wendell Scott, who died in 1990, was one of the first African-American NASCAR drivers to win a race at the elite level. StoryCorps hide caption 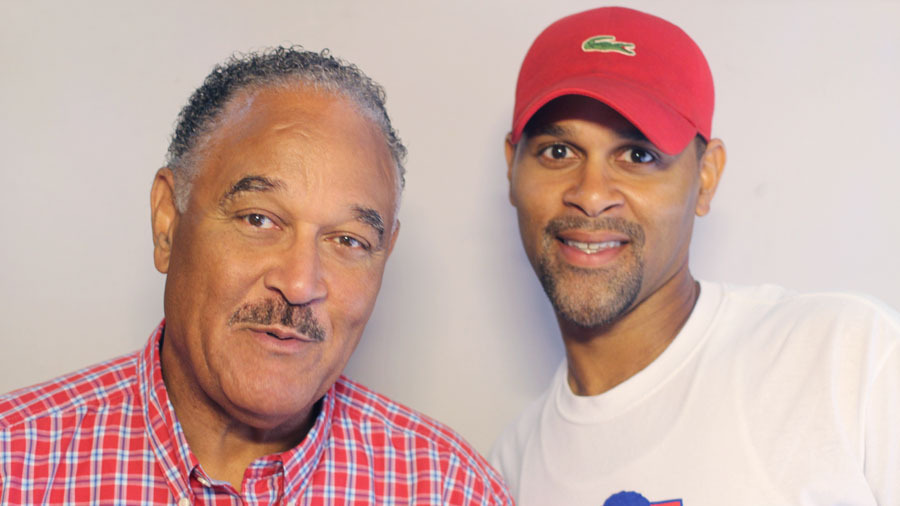 Wendell Scott's son Frank Scott (left) and grandson Warrick Scott at StoryCorps in Danville, Va. Wendell Scott, who died in 1990, was one of the first African-American NASCAR drivers to win a race at the elite level.

The NASCAR Hall of Fame inducts an African-American driver for the first time Friday night.

Wendell Scott drove during the Jim Crow era, and he was the first African-American to win a race at NASCAR's elite major league level. He died in 1990.

Scott's career began in 1952, and his racing team was his family. They would travel to races together from their home in Virginia, and his sons served as his pit crew.

"It was like Picasso, like a great artist doing his work," says Scott's son, Frank, 67, at StoryCorps. "And he was in that car, he was doing his work. And as children we didn't have that leisure time, you know, we couldn't go to the playground. He said to us, 'I need you at the garage.' I can remember him getting injured, and he'd just take axle grease and put it in the cut and keep working."

But Scott wasn't allowed to race at certain speedways. When he planned to go to Atlanta, he even received death threats.

"Daddy said, 'Look, if I leave in a pine box, that's what I gotta do. But I'm gonna race,' " Frank says. "I can remember him racing in Jacksonville, and he beat them all, but they wouldn't drop the checkered flag. And then when they did, they had my father in third place. One of the main reasons that they gave was there was a white beauty queen, and they always kissed the driver."

"Did he ever consider not racing anymore?" asks Scott's grandson, Warrick, 37.

"Never," Frank says. "That was one of my daddy's sayings: 'When it's too tough for everybody else, it's just right for me.' "

Before the Atlanta 500 in 1964, Scott was sick and needed an operation, but he refused not to race.

"And so, I said, 'Daddy, we don't have to race,' " Frank says. "He whispered to me and said, 'Lift my legs up and put me in the car.' So, I took my arms and put them behind his legs and kind of acted like I was hugging him and helped him into the car. He drove 500 miles that day." 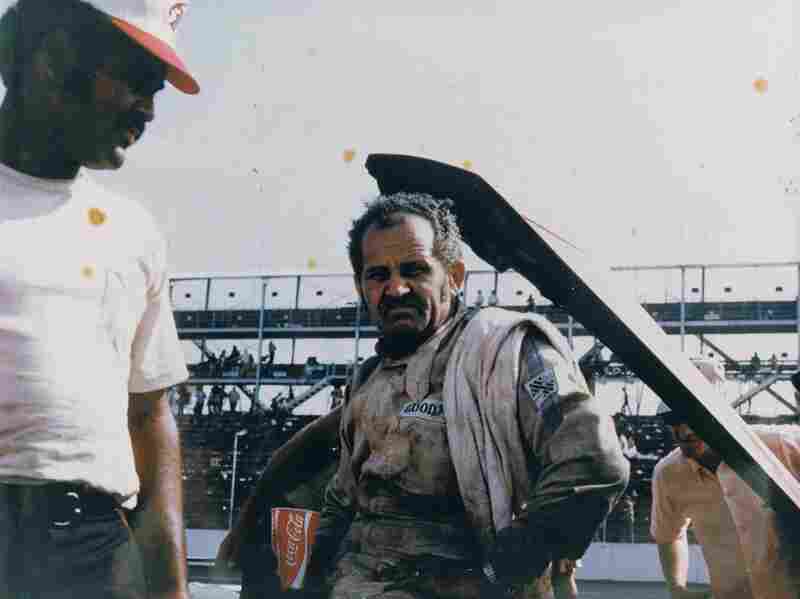 Wendell Scott (right) and his son Frank in Darlington, S.C., in 1970. Wendell Scott becomes the first African-American driver inducted into the NASCAR Hall of Fame on Friday. Courtesy of the Scott family hide caption 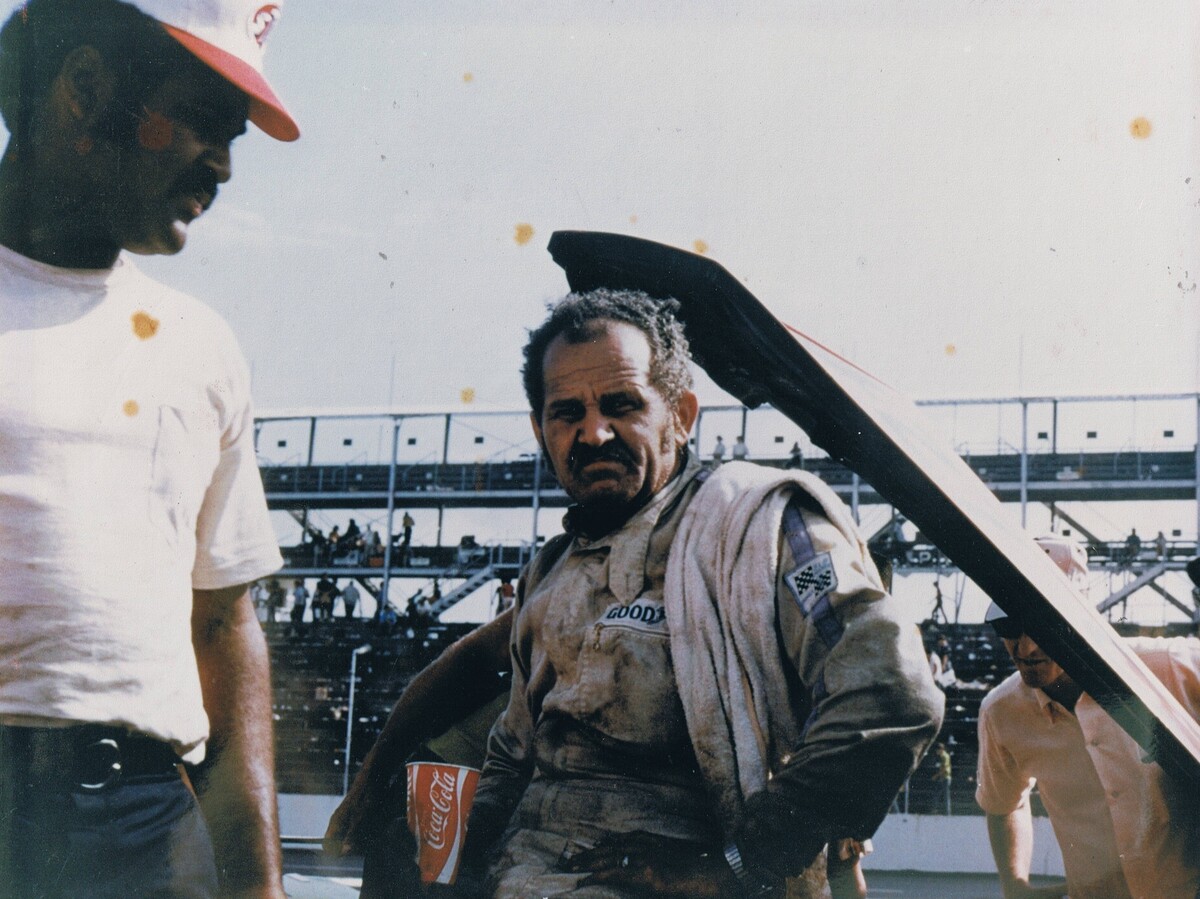 Wendell Scott (right) and his son Frank in Darlington, S.C., in 1970. Wendell Scott becomes the first African-American driver inducted into the NASCAR Hall of Fame on Friday.

Courtesy of the Scott family

"How did his racing career officially end?" Warrick asks.

Scott's career ended only because he couldn't afford to race anymore. No one would financially support his career.

"Where other drivers that we were competing against had major sponsorships, providing them engineers, as many cars as they needed," Frank says, "he did everything that he did out of his own pocket.

"He always felt like someday he's going to get his big break," Frank adds. "But for 20 years nobody mentioned Wendell Scott. At one point it was like he never existed. But he didn't let it drive him crazy. I think that's what made him so great. He chose to be a race car driver, and he was going to race until he couldn't race no more."