Accessibility links
The Ice Is Talking. We Just Have To Listen Glaciers moan and groan. They crackle, fizz and rumble. Researchers say the noises they make might help us understand how fast they're melting. 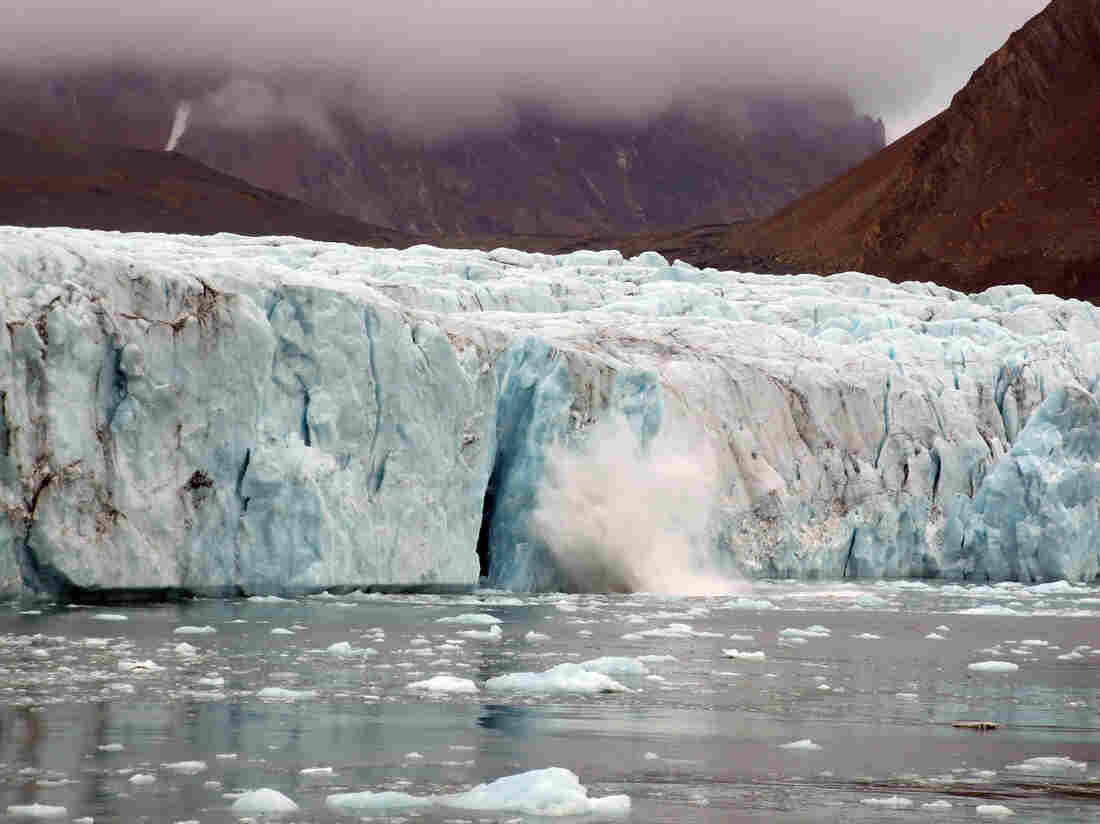 Giant chunks of ice break away from the Hans Glacier in Svalbard, Norway, in 2013. Courtesy Oskar Glowacki hide caption 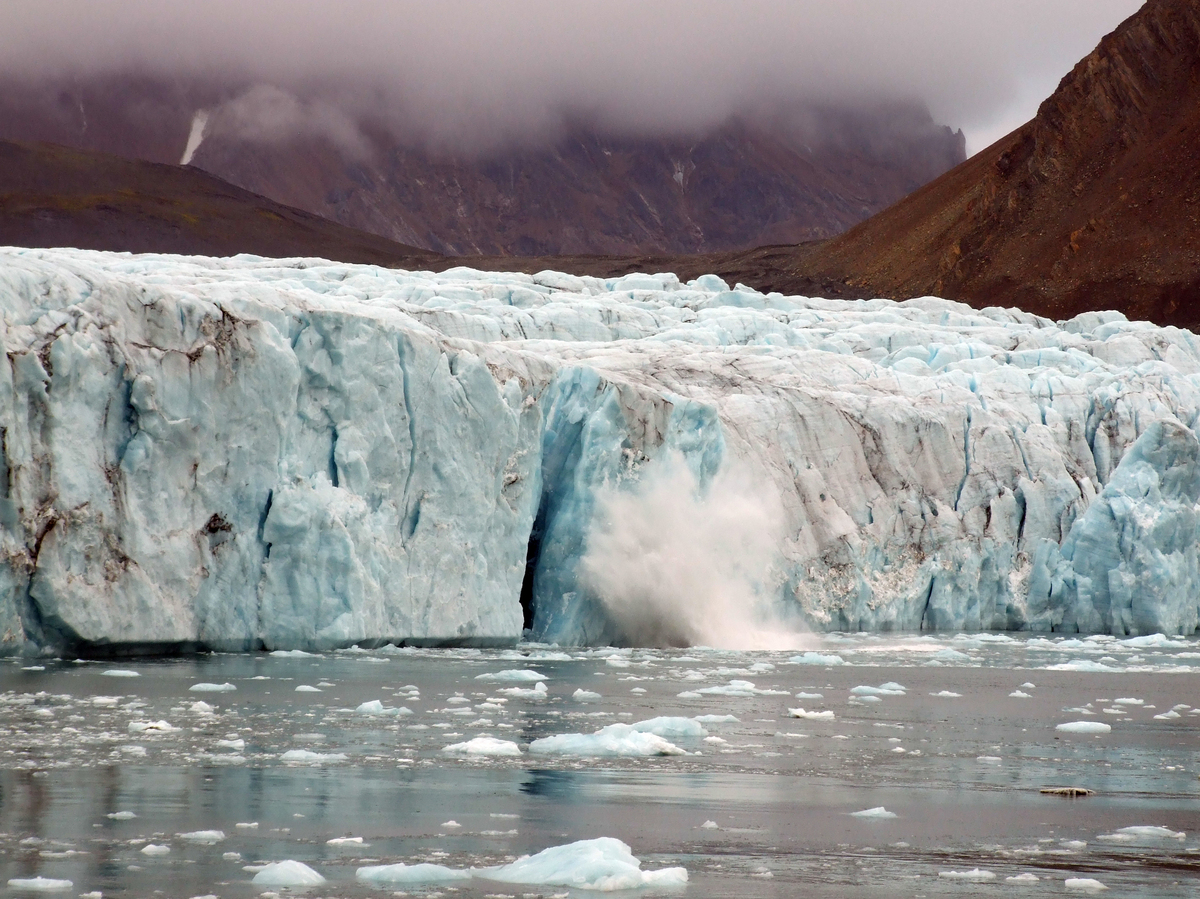 Giant chunks of ice break away from the Hans Glacier in Svalbard, Norway, in 2013.

If a glacier cracks and nobody hears it, does it still make a sound?

"Oh, they moan and they groan," says Grant Deane, a researcher at the Scripps Institution of Oceanography. "They crackle and rumble and fizz, and they have all kinds of amazing sounds that they make."

Deane is one of the authors of a new study that interprets the acoustics of glacial melting.

"Yes, it's like they're speaking to us, but it's a language that we don't yet understand well," he says.

So Deane and his team set out to find what the glaciers are saying. They used underwater microphones to record the sound of massive sheets of ice breaking away from glaciers — a phenomenon called calving — and they used time-lapse photography to observe how the glaciers changed above water.

The study, published in the journal Geophysical Research Letters, found three types of glacial calving, each with its own distinct sound.

"Imagine if you will, a wall of ice in the ocean, and it extends from pretty much all the way to the bottom of the fjord, through the water, and then on up into the air," Deane says.

The ice can fall off above the water in a clean break, or in a messy crumble. When it breaks off beneath the surface, it's almost impossible to see.

"But the sound propagates very well," he says. "So although we can't see the calving event, we can hear it."

That means Deane and the other researchers can tell how much ice is breaking off, and ultimately, how much it's contributing to global sea-level rise. By the sounds they make, Deane says, the glaciers may just reveal their secrets.

"We also want to be able to predict, 50 years from now, how much ice is going to be melting into the ocean, and that is a far more subtle thing," he says.