Accessibility links
For Colorado's Undocumented, The Wait At The DMV Just Got Longer Last year, the state became the 10th to offer driver's licenses to undocumented immigrants. This year, Colorado Republicans made it virtually impossible for those immigrants to get a slot at the DMV. 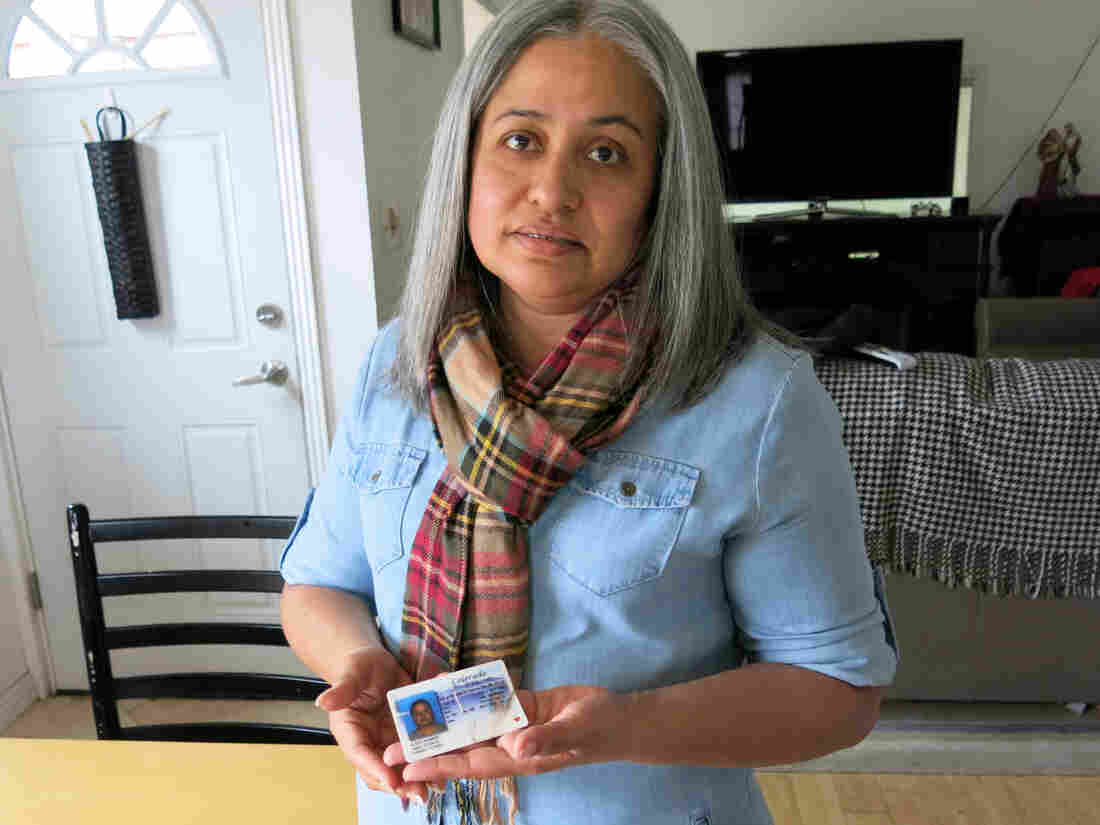 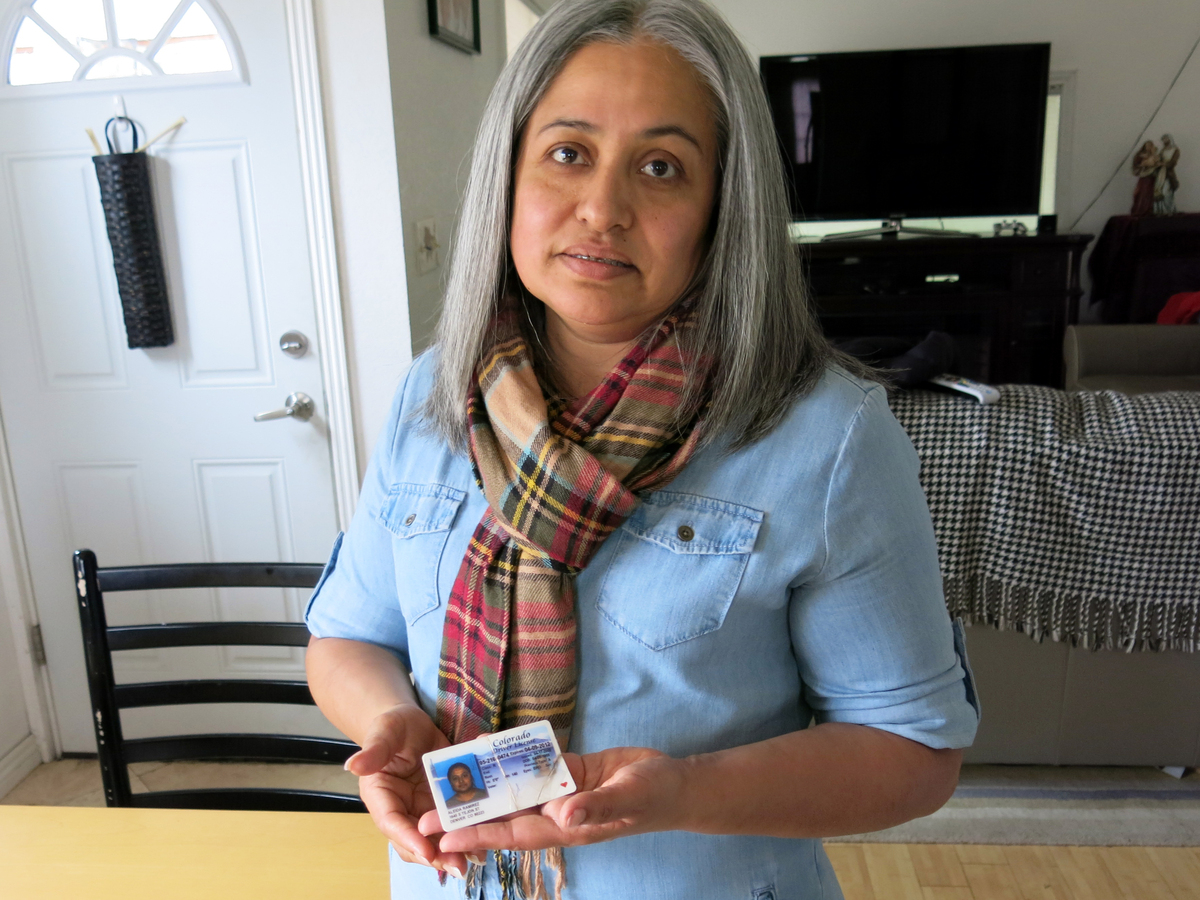 Aleida Ramirez must wait longer for an appointment to renew her expired driver's license because Colorado Republicans have blocked funding for licensing undocumented immigrants.

Aleida Ramirez is proud of her old driver's license. It's faded and battered, held together by tape in two places, and it expired two years ago.

But Ramirez wouldn't think of throwing it out.

Ramirez has lived illegally in the United States for 25 years. She got her license before Sept. 11, when laws around driver's licenses were more lax. Though she can't drive legally now, she is still on the road.

"I don't know what is going to happen if I get involved in accident, or if I get stopped by police," she says. "I just try to be really, really careful."

Demand has been strong, with long waits for DMV appointments. Ramirez hasn't been able to get one yet — and now she has to wait even longer: Republican state lawmakers have blocked funding for the program.

"We have essentially, through the legislation originally in 2013, authorized a state agency to condone and license an illegal activity, which is being in this country illegally," he says.

Republicans won control of Colorado's Senate in November. With Democrats still holding the House, conservatives don't have the votes to repeal the driver's license policy outright. But they do have enough seats on the budget committee to deadlock spending bills.

Democratic Sen. Jessie Ulibarri, the original sponsor of the driver's license bill, describes Republicans' tactics with the worst insult possible in state politics: He compares them to Congress.

"We know that in Washington, D.C., the Republicans there can't pass a bill through the Senate or the House, so they tack things onto the budget," Ulibarri says. "I think Colorado voters want a better process in our state capitol than we witness in Washington, D.C."

Starting Monday, any undocumented immigrant in Colorado who wants a driver's license will have to take the driving test at a crowded DMV office on Denver's southwest side — the only one still offering the licenses.

Slots for 2015 are all already full, and the DMV is telling people who don't have appointments, like Ramirez, to check back next January.

Ramirez sees renewing her license as one more way to show that she knows how to play by U.S. rules.

"Even though I'm not legal in the country, I'm responsible," she says. "I know I have to be responsible."

While she waits for her shot at a license, Ramirez is starting work on another angle to get right on the roads: Her adult children are sponsoring her for a green card.