Accessibility links
Argentine Foreign Minister: 'Majority' Of Jewish Community Supports Deal With Iran Hector Timerman talked to NPR about the possible role of Iran in a bombing attack on a Jewish center in 1994, the conspiracy theories gripping his country and why he negotiated secretly with Iran. 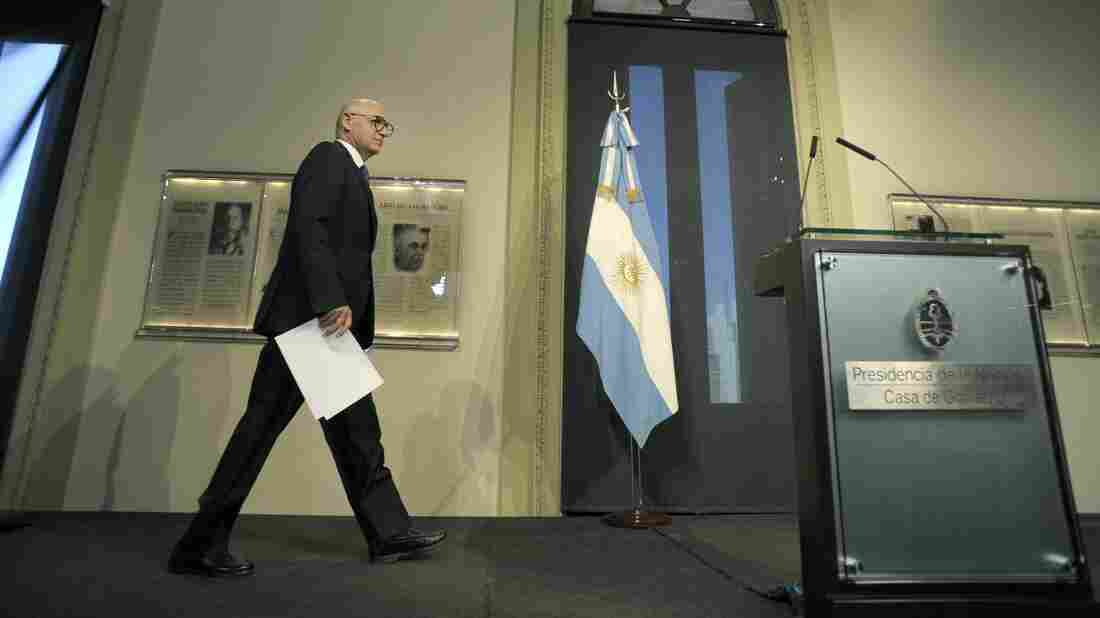 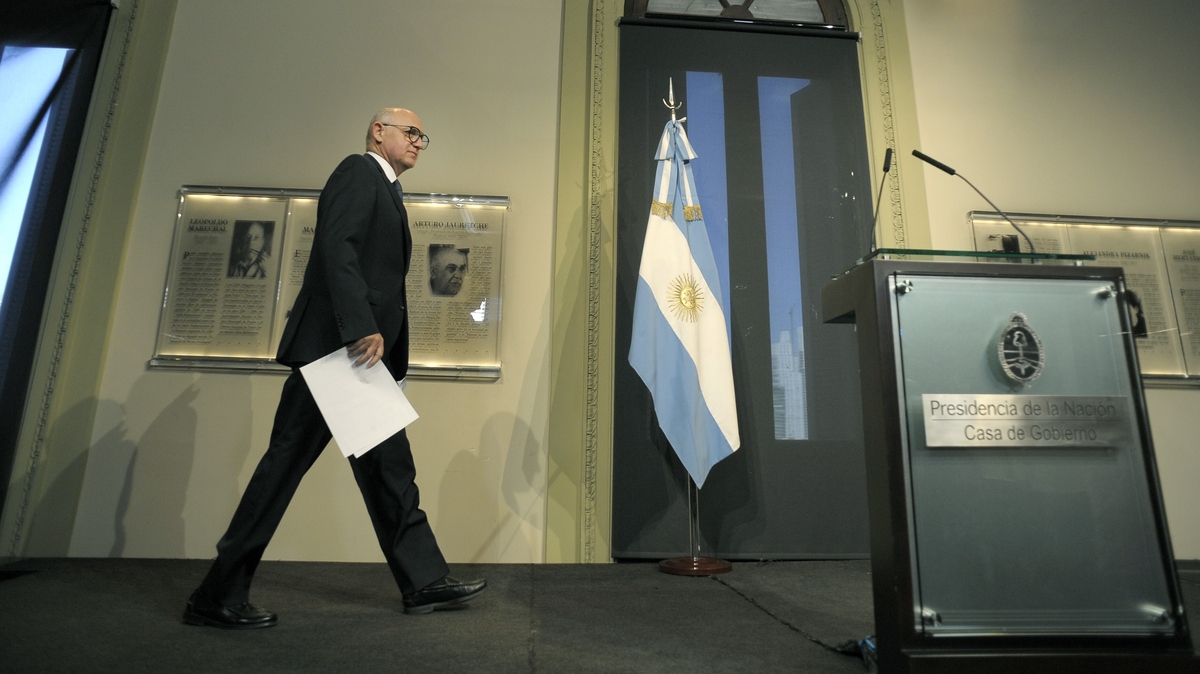 Argentine Foreign Minister Hector Timerman arrives to give a press conference at the presidential palace Casa Rosada, in Buenos Aires, on January 15, 2015.

Nisman was found in his locked apartment on Jan. 18, with a bullet in his head. He had spent a decade investigating the 1994 bombing of a Buenos Aires Jewish center that killed 85 people, and had been about to testify to Congress that President Cristina Fernandez de Kirchner and Foreign Minister Hector Timerman had tried to cover up Iran's alleged masterminding of the terror attack in return for Iranian oil.

The government has denied the allegations, but Kirchner has stated publicly that the death of her accuser was not a suicide. She blamed it on rogue ex-spies of the Argentinian intelligence agency, whose leadership she has been reshuffling in the past year.

Argentine Official Says He Sought Cooperation With Iran, Not Cover-Up

Timerman is the first of the top officials accused in the case to give an interview. He spoke exclusively to NPR about Nisman's death, the possible role of Iran in the attack in 1994 and the conspiracy theories that are gripping the country.

Below are some of the expanded quotes of Timerman's exclusive interview, which was conducted in English with correspondent Lourdes Garcia-Navarro.

He was accusing me of something that I was not able by law to commit, to withdraw the orders of arrest of the Iranian suspects of putting the bomb in the Jewish center. That is impossible because by law only the judge can do that.

I can tell you we have done everything possible, the president and myself, to help the judge to bring justice to the victims of the attack on the Jewish center. I have enough evidence to show the accusation was false, or was wrong at least.

The other accusation that we were going to exchange oil for food, everybody who knows something about the oil business know that Argentina cannot use Iranian oil because it is a very heavy oil and we cannot process such a heavy oil.

The two accusations are false.

I think it is a shame that there is a campaign to discredit the president and myself, two people who have committed their lives to the issue of human rights.

On why he was negotiating secretly with Iran

There is a law in Iran that forbids to extradite Iranian citizens, and there is a law in Argentina that forbids to judge someone in absentia. So those two laws make it impossible for the [Argentine judge] to move forward. ... And so the only way to move forward was to sign an agreement with Iran to allow the judge of Argentina to go to Tehran to interrogate the suspects.

All the governments in the world negotiate in secret. In fact, the United States of America has been negotiating in secret for one-and-half year with Cuba. What I am saying is that every single government negotiates in secret, because there are some things, you cannot do it in public. But the aim was to make it possible for the judge to go to Tehran and interrogate the suspects and to see if we can advance in the case that has been stalled for eight years.

On whether he believes Iran is behind the bombing

It doesn't matter what I believe. Unless there is a judge who says this person is guilty and this is the punishment, it doesn't matter what I believe. I did what I did because I trust Mr. Nisman's investigation. That was why I was helping the judge to go to Tehran to use Mr. Nisman evidence against the Iranians. But I cannot say the Iranians are guilty. But as a person who was persecuted in my life, never to make a judgment against somebody unless there is a judge who says the person is guilty or innocent. So I have to wait until the judge declares who is behind the attack.

On what the wiretaps presented by Nisman show

How can you link those conversations with the activity of the president and myself? I think it's being used for political reasons. The United States went through McCarthyism and I think there is some McCarthyism involved here too.

On the death of Nisman

I hope [the case will be resolved] as soon as possible because in fact there is a family that was left without a father, without a husband. We are many people in Argentina who were really shocked by what happened. But what I am saying is that there are many people in Argentina, especially some media, who are using the death of Mr. Nisman to attack the president. That really I am sure of. If there is something that I am sure that some media, especially the newspaper Clarin, who use Mr. Nisman's death to attack and to see if they can harm the government of [President Cristina Fernandez de Kirchner].