Accessibility links
I'm Rick James: 15 Hours Of The Funk Supernova's Best Songs Hear a mix of songs made by Motown's most successful post-Detroit star — an authentic live wire and an ultrasavvy professional who's misremembered and underappreciated. 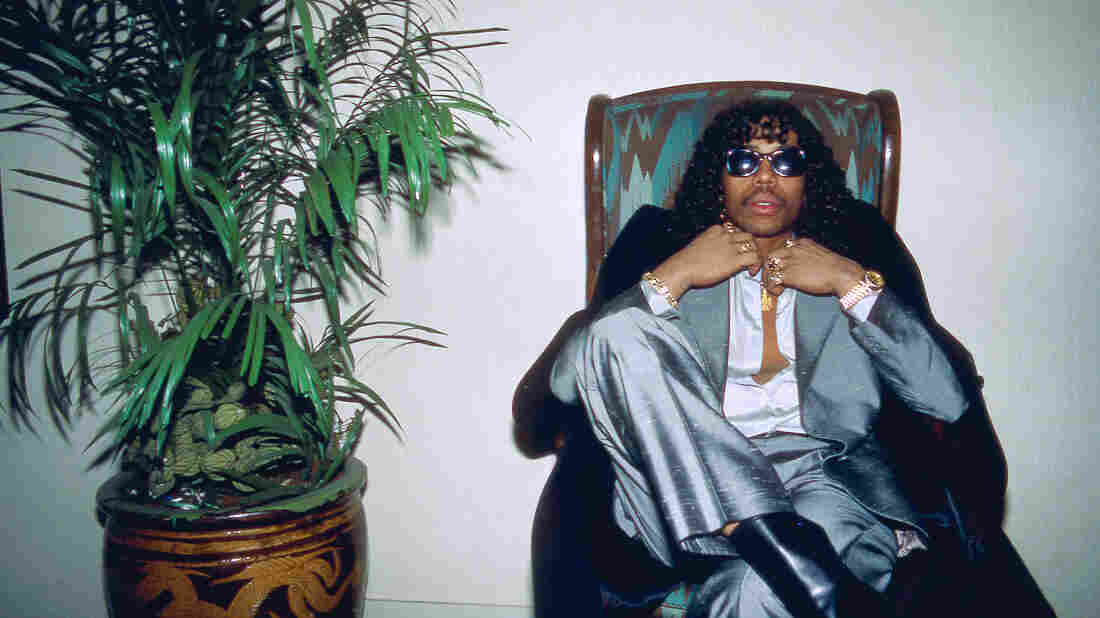 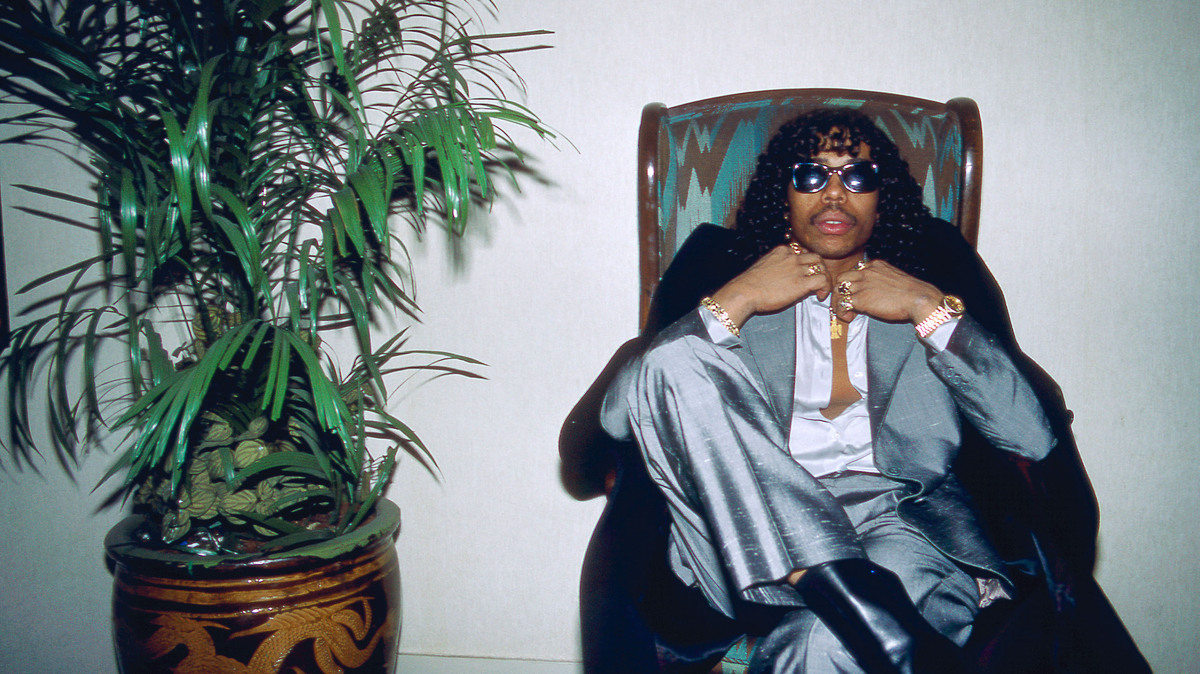 The inimitable Rick James' birthday was Feb. 1. To ride out his month we brought back our temporary takeover of "I'll Take You There," the 24/7 R&B and soul channel from NPR Music. Curated and hosted by Jason King of the Clive Davis Institute of Recorded Music at New York University, the playlist runs the gamut from the genre's origins in the 1940s to today's slow jam stunners — except when we're wall to wall Rick James. To find out more about NPR's R&B coverage, follow the program on Twitter at @NPRandB and Jason King's personal Twitter account at @jasonkingsays.

One of my first memories of funk supernova Rick James is grooving to his lip-synched rendition of "Super Freak" on the 1982 American Music Awards.

The 33-year-old clip now lives on YouTube: How surreal it is, in hindsight, to witness the perplexed faces of celebrity attendees like Chubby Checker. What, exactly, were they so taken aback by? Perhaps the sheer power of James' Funkadelic-inspired, macho grooves (he liked to brand himself as the king of "punk funk"). Perhaps those glitterific braids (and by the mid-'80s, the soaking jheri-curls) or the leather 'n fringe costumes that were simultaneously a fashion statement and a fashion emergency. Perhaps the fact that he clearly was the Super Freak he was singing about; no one, for one minute, believed it was an act. In the aftermath of Dave Chappelle, it's easy to misremember Rick James' lusty, libidinal image as quaint or campy, but in the late '70s and early '80s, Motown's most successful post-Detroit star was an authentic livewire, simmering over with throbbing testosterone.

I think it's a good idea to also revisit James as an ultra-savvy professional on the defensive, constantly struggling for industry and personal recognition in the midst of embattled circumstance: As the '70s morphed into the '80s Motown was running out of gas, black music was under attack from reactionary rock fans and ignored (pre-Thriller) by MTV, the Purple-clothed upstart from Minneapolis was being hailed as the next post-Stevie genius; and, by the end of the '80s, baggy-panted hip-hoppers started sampling his copyrights but not paying up.

In retrospect, it's also now much easier to see the humor that rode shotgun with some of Rick James' sex 'n drugs 'n rock 'n roll extremism. Like Chuck Berry, or even Gary Busey today, Rick James' celebrity always pivoted on a zany notoriety — it was even at the root of the off-the-cuff, catchphrase that turned him into 21st century hipster T-shirt fodder. If James' lifetime of outré antics helped turn him into something of a buffoon, it might be because it's easier for us to laugh alongside his excess rather than empathize with the seething darkness that underwrote it.

Rick James first came to mainstream success in 1978, but he never really went through a disco phase: He had funk in his marrow, and, like peers ranging from The Gap Band to Shalamar to Sylvester, James helped fertilize the still-under-examined post-disco/boogie landscape of the early '80s. With real musical chops, James was one of R&B's most crafty producers and arrangers: He didn't just find clever ways to land on "the one," he blitzed it. And though Rick James' full-bodied baritone was rarely subtle, he remains an underappreciated singer with range: He could be nasally like Larry Blackmon or velvety like Larry Graham.

Rick James spent a good deal of his post-'80s career incapacitated by drugs and sketchy health, and his incarceration record reminds us that there's no reason to sweep his attitude of disposability toward women or his deplorable behavior under the rug. Still, analog funk anthems like galvanic "Give It To Me" and carnal "Super Freak" remain irrefutable dance-floor jams; they're the universal ignition key to any party. James' quiet stormery has also stood the test of time: Inspired by the starlight twinkle of doo wop and the surging elegance of Smokey-era Motown, the archballadry of "Fire and Desire" — his classic duet with protégée Teena Marie — is R&B sexual melodrama at its most passionate and intense.

On the occasion of what would have been his 67th birthday month (he died in 2004), I've curated a special Rick James stream. You'll hear all the major hits, carefully pruned album cuts, and a truckload of 12-inch mixes. Thanks to some help from Universal Music Enterprises super-executive Harry Weinger, I've included some of Rick James' earliest work with bands like Great White Cane, as well as his songs with The Stone City Band, his Chromeo-favored productions for Val Young, and chart hits he crafted for the likes of The Mary Jane Girls, The Temptations, Eddie Murphy and Teena Marie. I've also included a spate of covers and mashups, as well as songs that interpolate or sample or reference the work of Rick James — all of which should help remind us that while Mr. James may be gone, his music will never be forgotten.