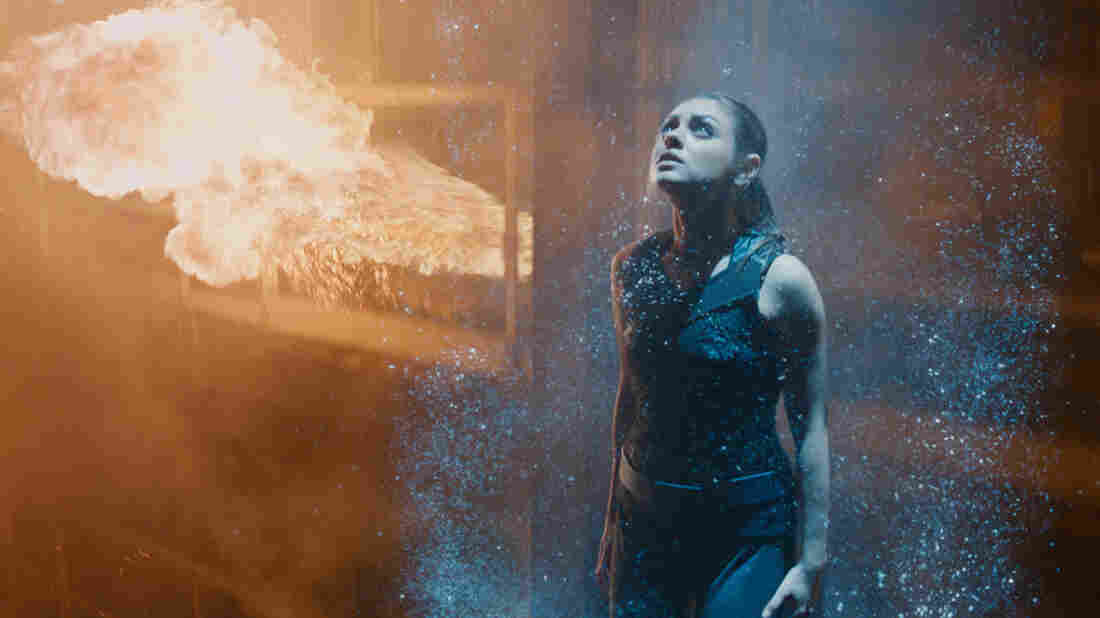 Mila Kunis plays Jupiter Jones, a woman born on Earth who is destined for a greater life in the cosmos. Warner Bros. Picture hide caption 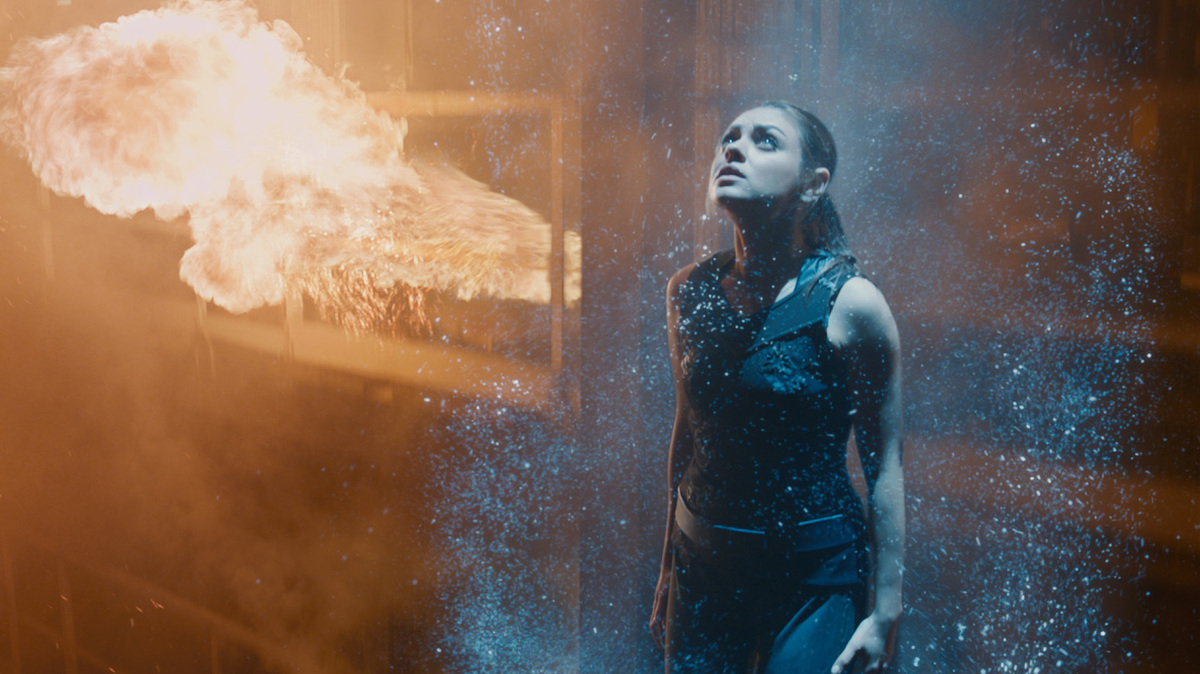 Mila Kunis plays Jupiter Jones, a woman born on Earth who is destined for a greater life in the cosmos.

Andy and Lana Wachowski have a rare ambition for big-budget filmmakers, matched only by their consistent inability to follow through with it. The siblings squeeze gigantic philosophies and mythologies into the toothpaste tube of mass-appeal sci-fi, and more often than not, they make a mess. Following their exhilarating The Matrix, its two moribund sequels and a fun screenwriting job on V For Vendetta, the duo made Speed Racer, a children's fable that contorted flesh-and-blood actors into the neon hyperspace of Japanese anime. Then, with co-director Tom Tykwer, they mounted a gloriously misguided adaptation of David Mitchell's Russian-doll novel Cloud Atlas that felt like a three-hour game of Guess Who Your Favorite Respected Actor Is Playing Now.

What the Wachowskis' last two films shared, apart from terrible box office returns, was a willingness to disregard common sense in the name of something strange, grand and never before attempted. The movies weren't good, exactly, but no one would claim they didn't try. Jupiter Ascending, the Wachowskis' latest, puts lavish production design to work on a dry, needlessly dense script, horribly stilted attempts at romance and humor and characters who offer the bare amount of emotion necessary to qualify as sympathetic. It's not bad in that fascinating, Wachowskian way — it's bad in the same way as most bad sci-fi.

Like The Matrix, Jupiter posits that Earth is being secretly observed by superior beings who harvest humans like cattle and can disturb the fabric of civilization without anyone knowing. A godlike dynasty of aliens who only look like humans achieves immortality by sucking up the lifeforce of entire planets, and the Blue Marble is the next in line. The Neo figure is Jupiter Jones (a bewildered-looking Mila Kunis), the daughter of Russian immigrants. Jupiter works as a maid with her broadly drawn working-class foreigner family until she discovers that she's actually reincarnated space royalty. Soon her twin realities bleed into each other, with a firefight among Chicago's skylines that the aliens can instantly repair before anyone notices. And she didn't even need hacking skills.

Now it's all aboard the Starship Exposition. Turns out Earth is part of Jupiter's genetic space inheritance from the alien Abrasax clan, at least one of whom appears to live in a city inside the hero's namesake planet. As with all matters of inheritance, things get nasty among the heirs. The three godlike Abrasax siblings — played in ascending order of hamminess by Tuppence Middleton, Douglas Booth and Oscar nominee Eddie Redmayne — each want to claim the valuable planet for themselves, so that they can destroy what's on it. Yes, they'd love to share their reasons, thanks for asking. Channing Tatum is clad in eyeshadow and pointy wolf ears and rocking some fly antigravity boots to distract from his monotone performance. He's a "splice" agent who's here to help. Just don't ask him about his tortured pa— oh, too late.

Jupiter Ascending is often so ridiculous that it feels like a reverse-engineered Lego Movie parody or Mystery Science Theater 3000 episode, as though the Wachowskis started with the things everyone laughs at and worked backwards. How else to explain the scene where the cackling villain ejects a good guy into space, but within arm's reach of emergency spacesuits? The image of a colony of bees buzzing around Jupiter's head punctuated by the explanation that bees are "genetically designed to recognize royalty"? Or the climactic wedding showdown that ends in an abrupt cutaway? Redmayne, at least, seems to be enjoying himself from his spaceship's infinity pool, clad in regal shower curtains and alternating between a quiet royal rasp and full-throated bellows.

In creating their original interplanetary wonderland, the production team has evoked some questionable sources. Look at the walking, talking man-lizards who wandered over from the 1993 Super Mario Bros. movie and the ornate yet barely used palaces of 1984's much-maligned Dune. A space-bureaucracy gag sequence seems lifted wholesale from the worst scene in 2005's mostly harmless The Hitchhiker's Guide To The Galaxy. This is a universe away from The Matrix, still the last time a Wachowski effort fired on all cylinders. Jupiter has ascended somewhere else: to the canon of unintentional sci-fi silliness.