Accessibility links
'Losing Ground' Steps Forward At Lincoln Center The 1982 film Losing Ground, written and directed by Kathleen Collins, was one of the first features by an American black woman. More than 30 years later, it gets a theatrical run in New York. 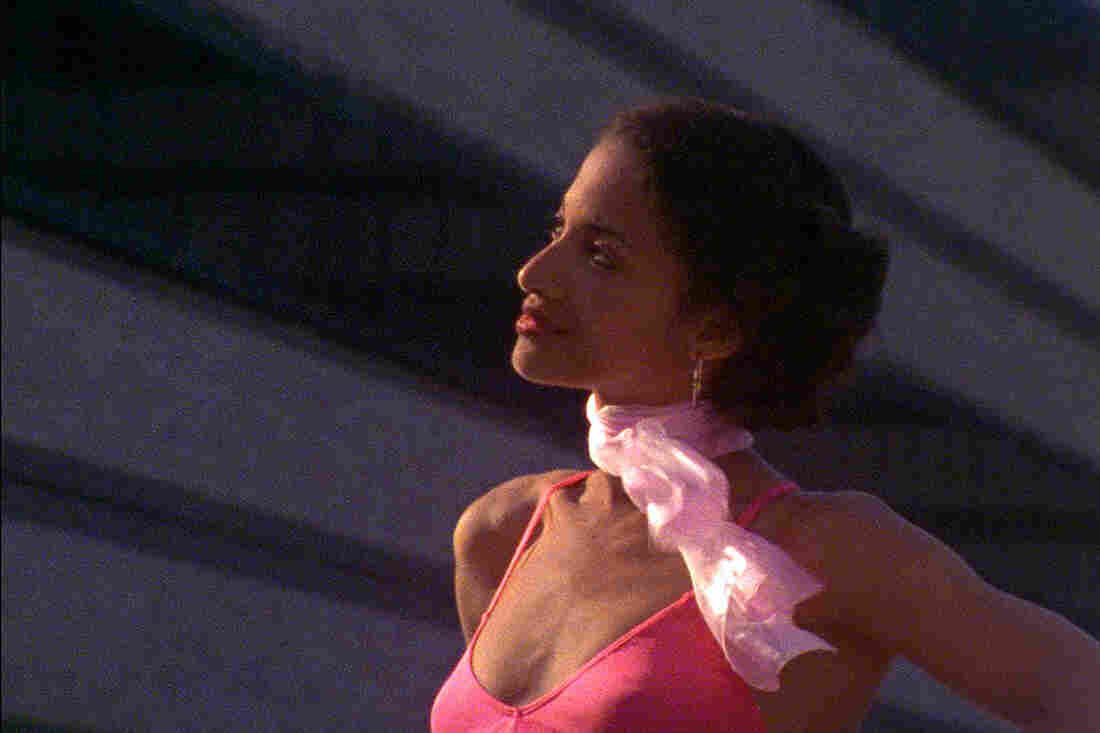 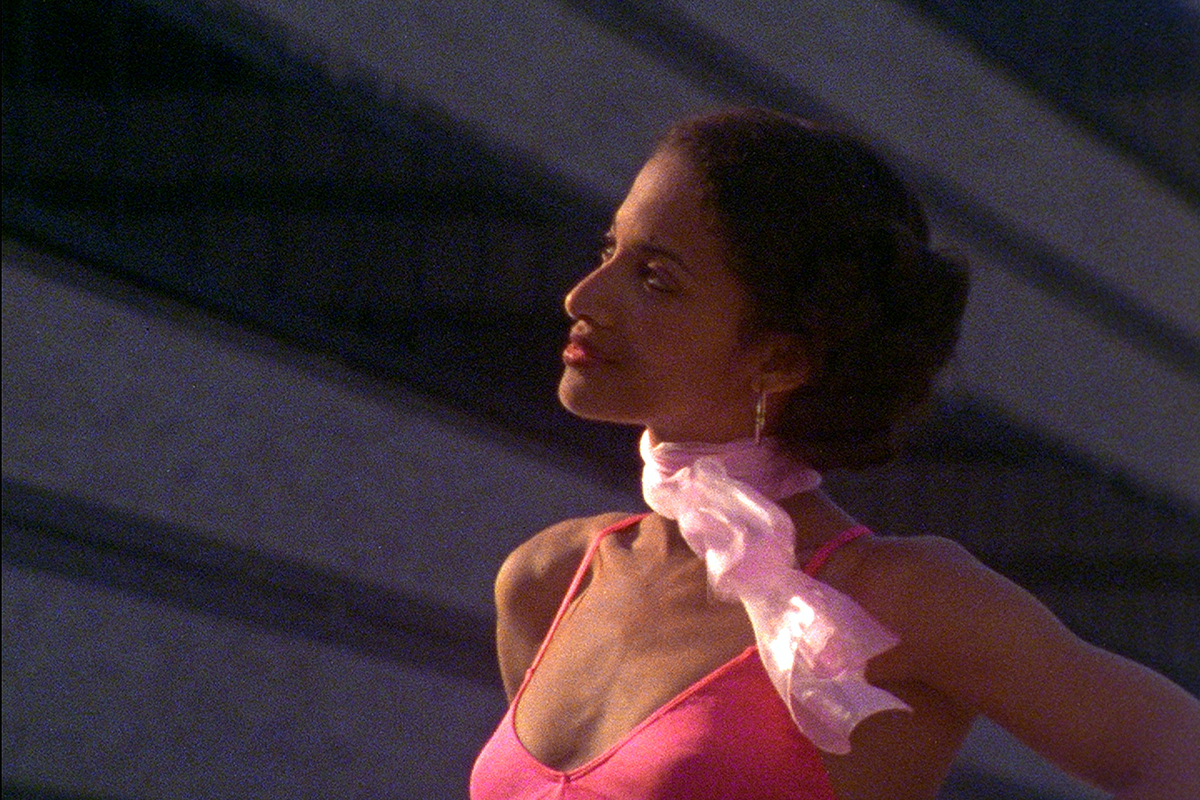 The news that Ava DuVernay had not received a Best Director Oscar nomination for Selma left many people reeling, perhaps because the reasons to be angry were so varied. Even as someone who wasn't one of the film's staunch supporters, it was hard to choose what hurt more: That DuVernay's absence, and the lack of nominations for Selma beyond Best Picture, left this year's Oscars with no black nominees in any of the acting or directing categories? Or that the missed nomination highlighted just how few female directors there are in the industry, and therefore how few are even eligible for such recognition?

The same intertwined questions of race and gender hang over the context and content of Kathleen Collins' Losing Ground, a 1982 film that was one of the first fictional features written and directed by an American black woman, and which plays this week as the centerpiece of the Film Society of Lincoln Center's series, "Tell It Like It Is: Black Independents in New York 1968-1986."

At one point in Losing Ground, Sara (Seret Scott), a philosophy professor and the movie's protagonist, takes a role in one of her student's film school projects. Her co-star is the student's uncle (Duane Jones), who comments, "When I was his age, there was no such creature called a negro movie director." The language today seems archaic, but the notion behind it far less so, even if some change is acknowledged. After all, back in 1982, Losing Ground never secured a proper theatrical release, an error for which the Lincoln Center is making amends by giving it a full-week run. The movie was, tragically, the last one Collins ever made (her only other one, The Cruz Brothers and Miss Malloy, is also screening as part of the series). She died of cancer in 1988 at age 46.

Losing Ground largely follows Sara's journey of self-discovery as she works on a research paper, takes on the acting role in her student's film, and confronts the many limiting forces in her life, the foremost of which is her husband, Victor (Bill Gunn). The strains in Sara and Victor's relationship stem largely from Victor's denigration of her career. Victor creates, while Sara analyzes. While Sara's current paper is on ecstatic experiences, Victor actually pursues them.

In Victor's eyes, this directness of experience gives his work priority. When he suggests to Sara that the two rent a summer home upstate, he dismisses her worries that she won't have access to the library materials she needs for her research. "You could drive back to New York once or twice a week," he says.

Questions of racial identity creep in here, too. After learning that a gallery has purchased one of his paintings for its permanent collection, Victor celebrates his status as "a genuine black success." Meanwhile, he mocks Sara, who is greatly admired as a professor, for spending her time reading Kant and Hegel, calling her angry response to his suggestion that she commute to New York for its libraries a "mulatto crisis."

Gender, of course, is equally a source of tension. What Collins achieves beautifully with Losing Ground is a profile of Sara's identity crisis that contains these two strands while never letting them meld together entirely. Throughout the movie, the pressures imposed on Sara for being black and being a woman run parallel. As Sara grows jealous of Victor's intimacy with Celia, a woman who he begins painting after going upstate, she throws Victor's notions of authenticity back at him: "She's not negro," Sara says. "She's Puerto Rican." Yet whatever self-doubt she shows in those moments, it's Victor's sense of ownership over her—his incredulity when she spontaneously returns to New York to act in the movie—that proves most stifling.

There's a comparable blending of gender and race in She's Gotta Have It, Spike Lee's breakout 1986 first feature, which closes the "Tell It Like It Is" series. The movie follows Nola (Tracy Camilla Johns) as she carries on simultaneous relationships with three men: Jamie (Tommy Redmond Hicks), Greer (John Canada Terrell) and Mars (Lee).

The notions of authenticity raised in Losing Ground also come up in She's Gotta Have It—Greer calls Mars and Jamie "ignorant low-class ghetto negroes"; Mars calls Greer a "pseudo black man"—and Lee and Collins also share key elements in their visual styles. Both have their characters speak directly to the camera (Collins does so in The Brothers Cruz) and make frequent use of point of view shots—each emphatic reminders of who is telling the story, and the importance of that perspective.

Nola's insistence on remaining unconstrained by any man she's sleeping with mirrors Sara's efforts to achieve the same kind of freedom, but in this case there's a difference in perspective that's evident in how their stories are told. Nola is strong, independent, yet allowed her vulnerabilities—a well-crafted, well-rounded character. But she's also an object of conquest, the focal point of a plot that centers on whether she'll ever commit to Jamie, Greer or Mars.

In an interview, Collins said that Losing Ground was about "a young woman falling in love and making a mess of it." She's Gotta Have It is similar, only it substitutes three young men. Lee mocks and criticizes Mars, Jamie and Greer for how they attempt to win over Nola, but that ultimately gives away his real topic of interest: masculinity, its weaknesses and its delusions, with Nola as a holy grail of femininity through which to broach it.

The difference a perspective makes is, of course, part of the point of a series like "Tell It Like It Is," which highlights the contributions and voices of black filmmakers in American cinema. But Lee's and Collins' movies clarify the point in different ways, through the contrasting ways they handle gender. At the end of She's Gotta Have It, Nola reflects back on the film with a sense of closure. In the closing moments of Losing Ground, Sara brandishes a gun. Lee's and Collins' films are both about female liberation, but it's Losing Ground that's truly grounded in the struggle of achieving it, a crucial element that makes it no less revelatory now, 30 years after it was made.

She's Gotta Have It, meanwhile, offers a different takeaway, also relevant three decades on. Watching Nola, there's never much doubt that she's well on her way to getting what's hers; the movie is about how men need to stop getting in her way.