Accessibility links
For An Injured Son, Caring Mom Is 'The Picture Of Unconditional Love' In this week's StoryCorps, we hear from a man who was badly injured in a car accident. He can't walk or talk and communicates through a computerized voice. He thanks his mother for taking care of him. 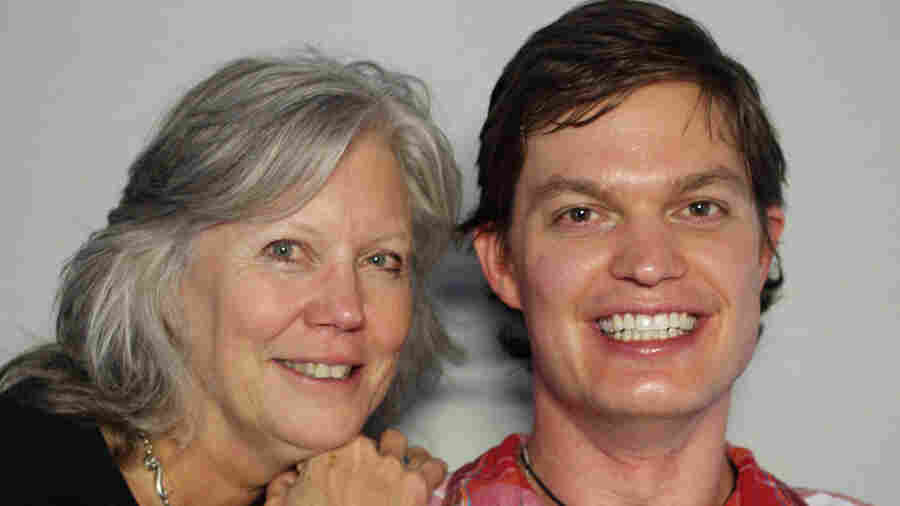 Jenny and Sean Carter during their visit to StoryCorps. StoryCorps hide caption 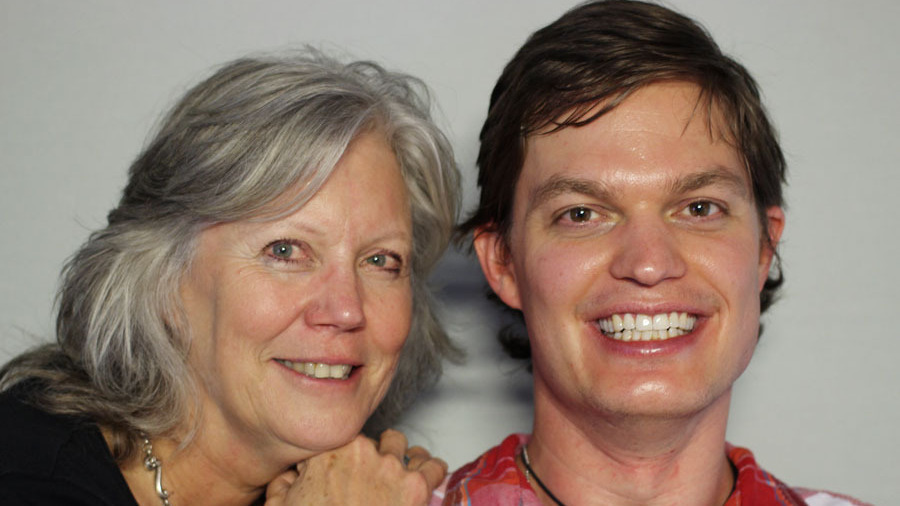 Jenny and Sean Carter during their visit to StoryCorps.

Ten years ago, Sean Carter was a student at Midwestern State University majoring in business administration.

One night, he was riding in a car with a friend who had been drinking. They crashed and Carter was left in a wheelchair with a traumatic brain injury. He's been unable to walk or talk since and his mom, Jenny, has been his caretaker.

"What were you feeling when you found out I had been in a car wreck?" Sean asks his mom during a recent visit to StoryCorps in Dallas. Sean speaks by using his finger to type words onto an iPad. Those words are then translated into audio.

"I was devastated," Jenny says. "It was just so hard seeing your child's lifeless body in a bed for so long. You couldn't do anything for two years."

Over the years, Sam has become more independent, though he says he's not yet ready to do everything alone.

"It's kind of hard living with your mom 24/7 when you're 32 years old," Jenny says, while Sean laughs and replies, "Hell yeah!"

But the hardest things about his life, he says, have been not having friends and not being in love.

"I would be willing to bet I would have been married by now, with kids like my two brothers have," Sean said.

"As your mom, Sean, that's probably one of the hardest things for me. The pain that I have because it hasn't happened for you," says Jenny, 63. She then asks her son, if this was their last conversation, what would Sean want to say?

"Let me stop you right there," Sean tells his mom. "I know you will be here for many years to come.

"But I want you to know how thankful I am for what you have done for me. You gave up your life to give me a life," he continues.

"Yeah. But it's OK," Jenny responds. "Time's really the value commodity that we have, and if you can share time with somebody else, that's probably the most important thing you can do for someone. It's the only thing that matters."

Sean replies, "I don't say this enough. You're the picture of unconditional love. I admire your commitment to be the best damn mom you can be, and you do a damn fine job. I love you beyond the moon and back."